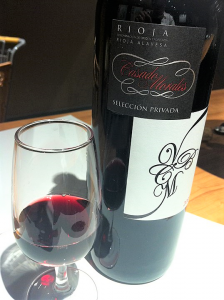 Rioja wine: Oenophiles across the globe agree Riojas are among the best

Some regions in Spain produce some of the best wines in the world. Never mind Rioja. Catalonia’s reds are some of Europe’s finest. Moreover, today Spain is the world’s biggest wine exporter, surpassing Italy who in 2013 was Number One and sold 2,071 millions of liters against Spain’s 1,808 million. So much so that France, the world’s most prestigious wine-producing and exporting country, is Spain’s biggest client for bulk wine.

In fact, some of France’s bottled wines are Spanish, not that you’ll find the name on any French label.

It’s the story of the Spanish olive oil industry all over again: Italian olive oil exporters snap up Spain’s bulk olive oil, bottle it, and pass it off as “Italian” – and profiting enormously from it.

Bulk wine is easier to export; you don’t have to bottle nor would you have to bother with an absolutely irresistible sales pitch to be competitive in a cutthroat market. But it also makes for the slimmest of profit margins. Having coasted complacently along through the years, Spanish bulk wines have earned a sweeping and undeserved reputation for plonk: if you can’t bottle your own wine and give it your name then there must be something in it you’re not proud of.

Spanish wineries are beginning to get the message especially since, back to back with their pulling ahead of the Italian and becoming top volume exporter, is a 2.2% drop in their profit!

“Where it counts, Spain has it all”
–

Spain is the sunniest country in Europe and the World Health Organization describes the climate on Costa Blanca as among the healthiest in the world.

Spain’s Mediterranean coast’s annual average is more than 300 days of sunshine. While northern Europe shivers and sneezes southern Spain will be basking in the sun. Endowed with such a splendid blessing, the Spanish people could hardly have turned out less sunny than their year-round weather. Albeit temperamental too.

On top of that, the Spaniards live the longest, after the Japanese, with male life expectancy of 80 years and the female 86. (Japanese men live up to the age of 80 on average and the women 87.)

One would therefore think that a national health system in such a country would be the least of the people’s concerns. Be that as it may, the World Health Organization routinely ranks the Spanish National Health System as among the best in the world. Globally the system ranks 7th. In Europe, it is, along with France and Italy, the best.

Where it counts, Spain has it all.

When the remains found in the town of Astorga, on the French route of the Camino de Santiago, were confirmed in September by Spanish authorities to be Denise Thiem’s, the American from Arizona who went missing on Easter Sunday, the number of stories about the horrors happening to pilgrims and hikers spiked on the Web: sexual (including rape) and physical assault, robbery, indecent proposition and exhibitionism, murder. . .

Officials of small towns and villages as well as the bigger cities along the various routes of St. James Way insist that the crime rate in these places is “below the average.” One official said “safety is absolute”. However, he as good as contradicted himself by adding that “security will be reinforced by additional mounted and plainclothes police, and the Guardia Civil.”

To some folk in Spain and abroad who have never walked The Way, it’s utter folly to go hiking (or cycling) along deserted country roads no matter how charming the scenery and rewarding the spiritual experience of a thousand-year-old pilgrimage. 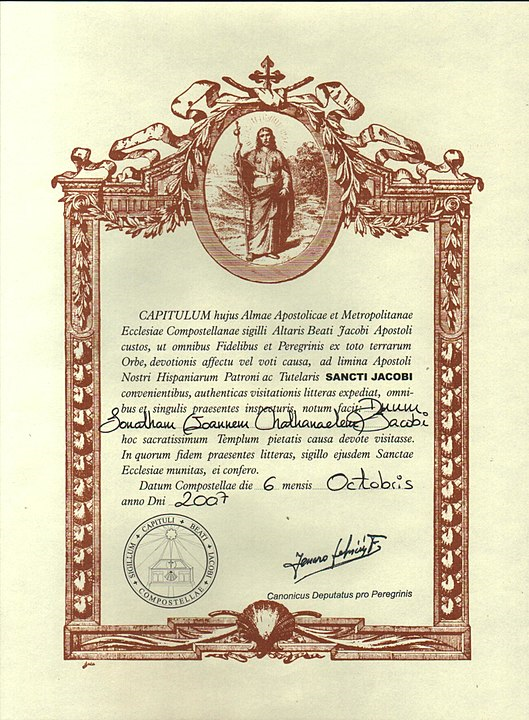 Nobody is denying that crimes do exist on the Camino, but it does seem that the rate is indeed “below the average” of a town or city with a population of 200,000. The mobile “population” of the St. James Way as of 2014 is 237,815 walkers and pilgrims. Add to that the estimated 20% who could not be counted in because they have not collected their compostela, the official Certificate of Pilgrimage issued by the Cathedral of Santiago to those who have done at least 100 km of The Way or biked twice as long, as evidenced by the stamps of the Camino hospices on their “passports”.

At the height of the alarm set off by the disappearance of Denise Thiem and the eventual confirmation of her murder by a Spanish who waylaid her into some place near his isolated home, there was no lack of soothing voices.

The safety on the trail, especially for solo walkers, being uppermost on many minds, Leslie Gilmour (www.caminoadventures.com) wrote on 10 June 2015: “My opinion remains unchanged – yes, it is safe to walk the Camino de Santiago alone. I would think it safer than most local walking routes in most countries; safer than walking home from Dublin or any large city on a Friday or Saturday night.”

Lone pilgrim (right) just before entering Pamplona, one of the few big cities on the Camino

Maggie (assumed name) adds on 8 September: “I just finished my Camino & there were parts of remote sections where due to my pace I was alone. . .but I knew that some people were somewhere behind me or ahead of me, even if I couldn’t see them. If there was any danger I was sure the sound of [my] whistle, which carries much farther than a scream, would bring someone to check on me. I never did need it, but the point is to be prepared.”

Still, it doesn’t hurt to heed warnings. Ivar Rekve, administrator of www.caminodesantiago. com, one of the largest English-speaking Internet forums for the Camino, has warned against walking alone on the 15-mile stretch between Astorga and Tabanal del Camino where Thiem went missing. “There were so many things [happening in that area] and when you put them together it sounded like we should tell the people about this,” Rekve said. 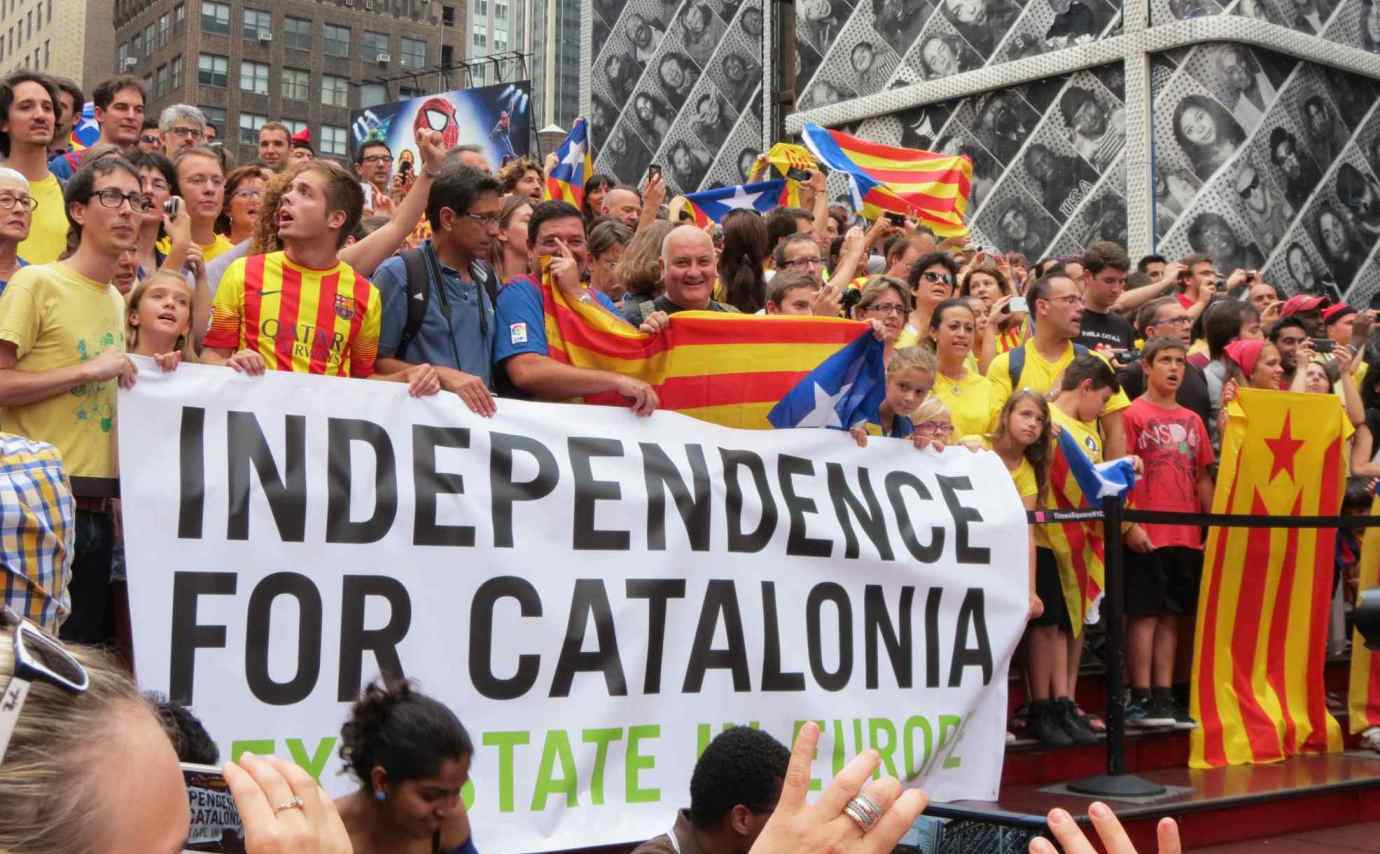 Previous article « CATALONIA & SARAWAK: The Issue of Independence from West to East
Next article NEWSFLASH! The Result of the “Plebiscite” on Catalan Independence Not Quite what Secessionists Hoped for »