SPAIN: THE KING WHO LEFT THE PALACE AND WALKED OUT ON THE QUEEN 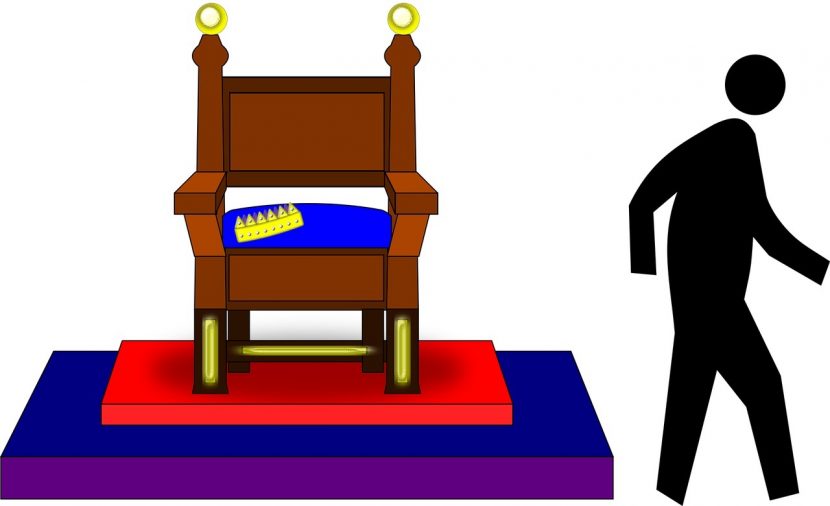 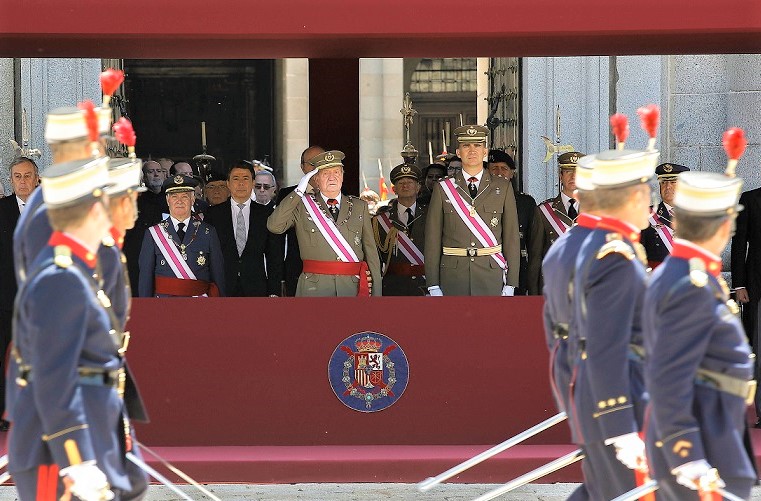 With the same quest for service to Spain that inspired my reign, and faced with the public repercussion of some of my acts in  the past, in my private life, I wish to show you my absolute willingness to help contribute to the peace and tranquility that the high level of your responsibility requires. My legacy, and my own dignity as a person, demand that I do it.

A year ago, I spoke to you of my wish and desire to withdraw from institutional functions. Now, guided by the conviction to provide the best service to the Spaniards, their institutions, and to you as King, I am informing you of my well-considered decision to leave Spain at this point.

I have made this decision with profound sentiment but great serenity. I was King of Spain for almost forty years and during all that time I have always wanted the best for Spain and for the Crown.

With my loyalty always.

With my usual love and affection, your father.* 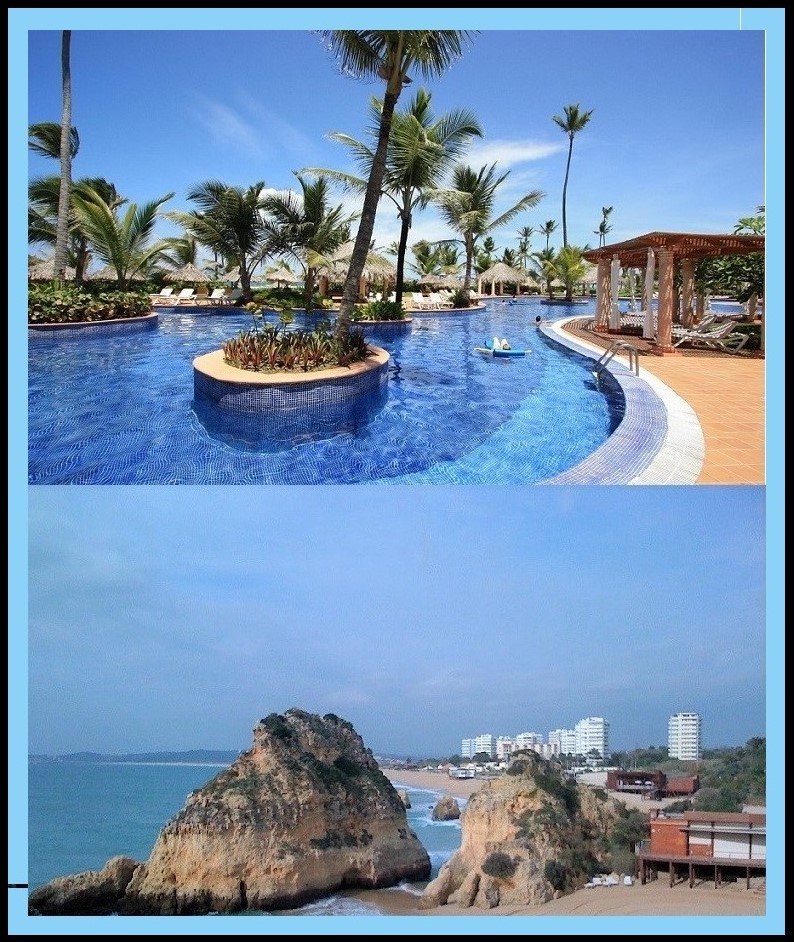 Is it the Dominican Republic, top, or Portugal for the King Emeritus?

(His Majesty [King Felipe VI] has conveyed his profound respect and gratitude to H.M. the King, Don Juan Carlos, following his decision  [to leave Spain].
(The King [Felipe VI] wants to underscore the historical importance that his father’s reign represents, which is a legacy and political work and institutional service to Spain and to democracy. At the same time [King Felipe] wants to reaffirm the principles and values on which this democracy is founded, within the framework of our Constitution and the rest of our legal system.
(La Zarzuela Palace, 3 August 2020**)

King Juan Carlos was in for deep trouble when Swiss police officers discovered the Swiss bank accounts of the Zagatka and Lucum foundations in the summer of 2018. Run by Alvaro de Orleans, Juan Carlos’ cousin, Zagatka paid for the luxurious private trips of the monarch and his paramour Corinna Larsen. As for the Panama-based Lucum, it listed Juan Carlos as the first beneficiary and Felipe VI as the second. 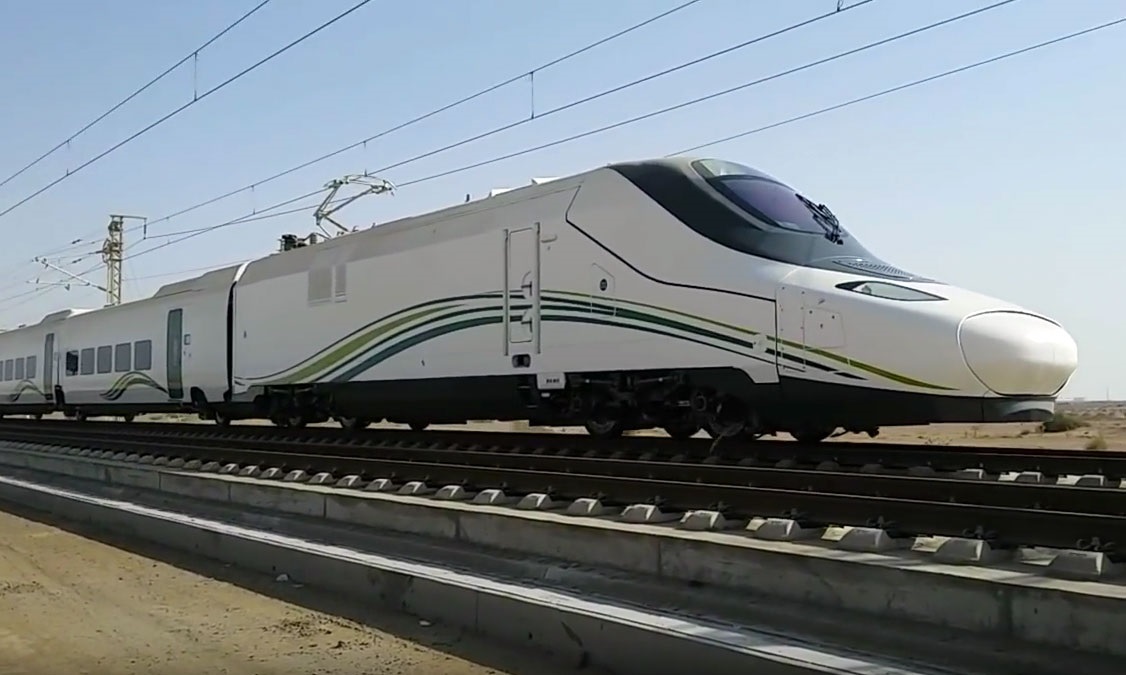 The Spanish Talgo 350 for SRO Haramain High Speed Rail, Saudi Arabia. Twelve of the 14-company consortium for the construction of the high-speed rail between Medina and the Mecca and the supply of 35 rains, with an original contract worth of €6.7 bn ($7.1 bn),  were  Spanish companies. King Juan Carlos, whose ties with the Saudi royalty are legendary, is alleged to have collected multimillion dollar kickbacks for the project during the late 2ooo’s.

Unearthed were a  cool $100 million (€64.8 million per the then going rate of exchange) deposited into an account at the bicentenary Mirabaud, a founding member of the Geneva Private Bankers Association offering wealth management among other services. The money, which came from the finance minister of Saudi Arabia, were transferred by Don Juan Carlos four years later (2012) to the account held by the Solare company in the Swiss bank Gonet & Cie’s  branch in the Bahamas. Solare is owned by no other than Corinna Larsen. At the time, Juan Carlos was still Spain’s head of state. As such, he was inviolable according to Article 56 of the Spanish Constitution.

On 19 December 2018, in the public prosecutor’s office in Geneva, Larsen told the Swiss public prosecutor, Yves Bertossa, that the transfer was “not to dispose of the money,” but rather “out of gratitude and love,” to guarantee “her future and that of her children.” She said that the king “still had hopes of getting me back.”

Bertossa froze the suspicious accounts and set a money laundering investigation in motion. 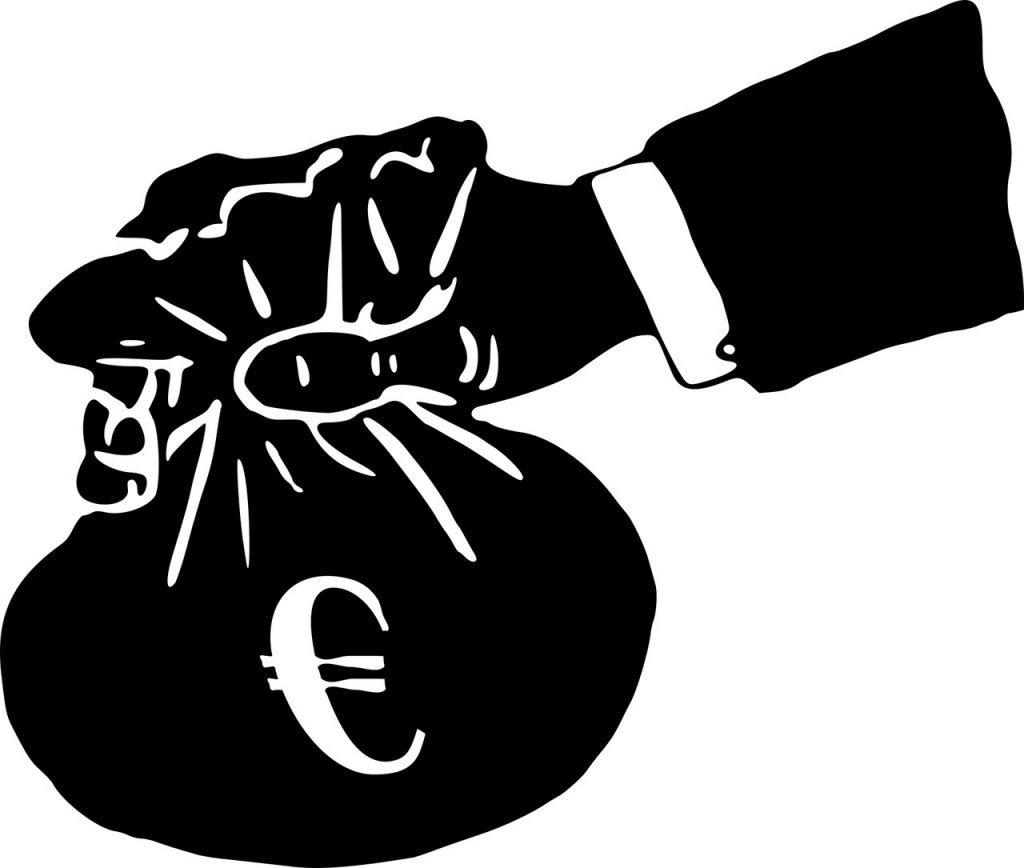 When all this became public in March 2020, King Felipe VI, now the reigning monarch, admitted that Corinna Larsen informed him in a letter that he and his two sisters were beneficiaries of the Lucum foundation. Whereupon the King’s Household decided to report the matter to the Spanish government, and let it be known that Felipe had gone to the notary public to reject any money from the foundations which would have been part of his inheritance. (A marketing montage, cynics point out; under Spanish law, one cannot reject an inheritance from a living parent.)

To top it all off, Felipe went on to strip his father of his €194,232 ($228,000) annual stipend from the public coffers.  He has not, however, gone so far as to dispossess him of his title as king, contrary to what the local media had been speculating for weeks.

The findings of the Swiss investigation have been forwarded to the Spanish judicial authorities. As things stand to date, the King emeritus is not yet being directly investigated. He might well be in the future, though, having lost his inviolability after his abdication in  2014. In fact, Spain’s prosecutor general, Dolores Delgado, has decided that the Supreme Court investigate the matter in order to see if Juan Carlos is guilty of money laundering and tax fraud. 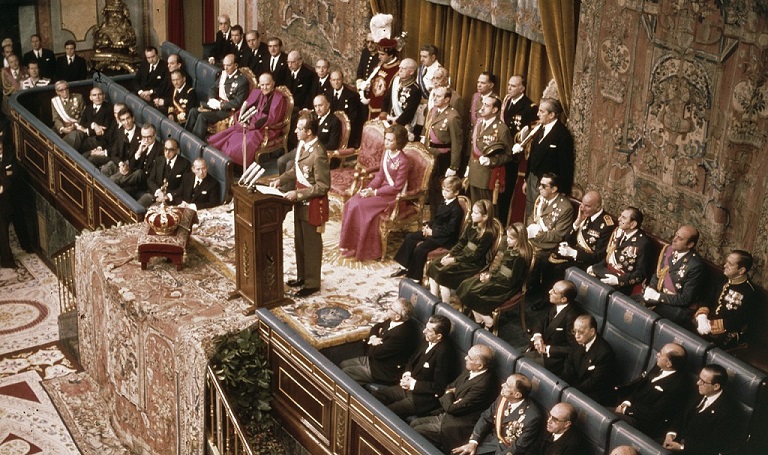 Don Juan Carlos is proclaimed King of Spain on 22 November 1975 at the Palacio de las Cortes which houses the Congress of Deputies, Madrid. Behind the new king sits his wife, Queen Sofia. To her left, their children: Prince of Asturias Felipe (now King Felipe VI), Infantas Elena and Cristina.

King Juan Carlos’ lawyers have assured the Spanish authorities that he will cooperate with the investigation despite living abroad. (The King’s Household is not revealing his whereabouts but the media are positive he has slipped out of the country, possibly fixing his residence in the Dominican Republic where one of his influential friends owns a fabulous estate, if not in neighboring Portugal where the Borbouns were  exiled before the dynasty was reinstated by Generalissimo Franco.)

And Juan Carlos’ wife? Queen Sofia, born Princess of Greece and Denmark, will continue living in the Zarzuela Palace, the residence of the Spanish Royal Family — that is, Felipe VI,  Queen-consort Letizia, their daughters Princess of Asturias Leonor and Infanta Sofia, Felipe’s parents, Don Juan Carlos, before he absconded, and Doña Sofia.

Queen Sofia was once famously described by King Juan Carlos as “professional”, a cold description of a wife who has been carrying out, and continues to carry out, her duties as queen consort unfailingly. To a certain extent, she has contributed to the smooth transition of Spain from the Franco regime to democracy — a singular accomplishment that many historians attribute to a significant degree to King Juan Carlos —  by staunchly supporting her husband  in their public duties. 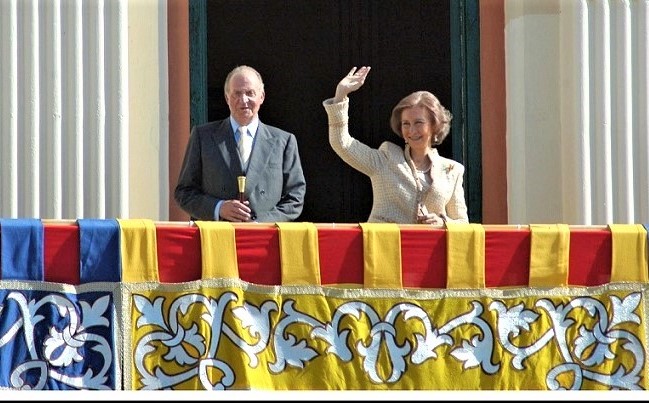 King Juan Carlos with “professional” Queen Sofia during their official visit to the Spanish autonomous city of Melilla on the northeast coast of Africa in 2007. She was so in love?

It is said by royal chroniclers and the so-called pink press that she has been so in love with her husband. A “Queen emeritus” who now suffers the ultimate humiliation of  being abandoned in the palace. But with her impeccable manners, Her Majesty the Queen, Doña Sofia (that is her official title), has quietly retired to the Marivent Palace, the royal residence in Majorca, as is her wont in summer. In the fall, she will return to the Zarzuela, miles and miles away from wherever her husband will then be holing up.
———

*GUIDEPOST’s translation to English of the original letter in Spanish released to the public by The King’s Household. See the original below.

**This translation of the Spanish press release is made by GUIDEPOST. 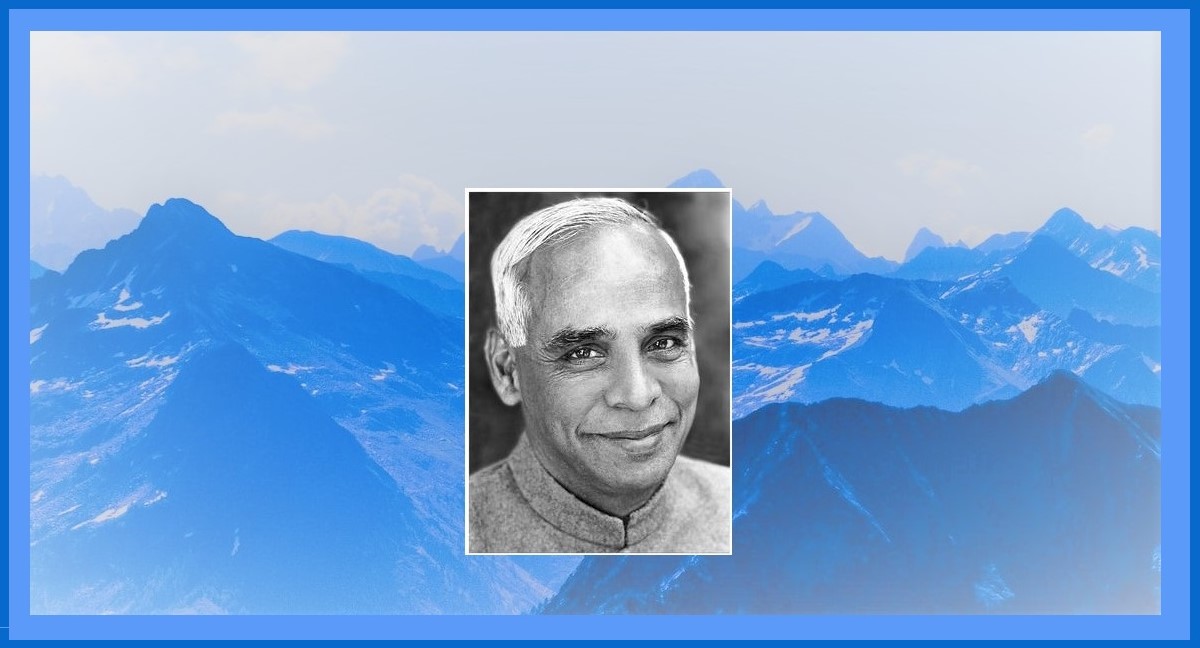 Next article A Second Opinion: August Lulls and Summer Reading »