SPAIN IS HEADED FOR AN ACRIMONIOUS SNAP ELECTION. CLASHES!

The Minister of Finance Maria Jesus Montero, in red, takes the floor
during the parliamentary deliberation on the national budget

Following the rejection by the Spanish Parliament of the 2019 national budget (Presupuesto General del Estado) proposed by the socialist government of Pedro Sanchez, the President announced in a televised address to the nation at 10 AM on Friday, 15 February 2019, that he is calling a snap election on 28 April. 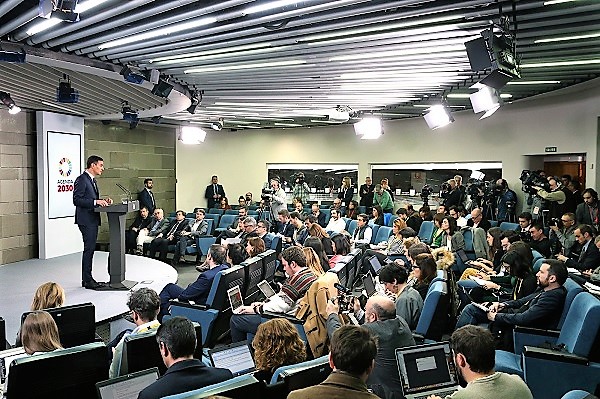 The two major secessionist parties of Catalonia, the Esquerra Republicana de Catalunya (ERC) and the Partit Demòcrata Europeu Català (PdeCat), joined the rightwing Partido Popular and Ciudadanos in chucking out the budget the day before. All in all, 191 parliamentarians scrapped the budget while 158 were in favor. One abstained.

Sanchez said: “Between doing nothing and continuing without the budget and calling on Spaniards to have their say, I choose the second. Spain needs to keep advancing, progressing with tolerance, respect, moderation and common sense. I have proposed to dissolve parliament and call elections for 28 April.” 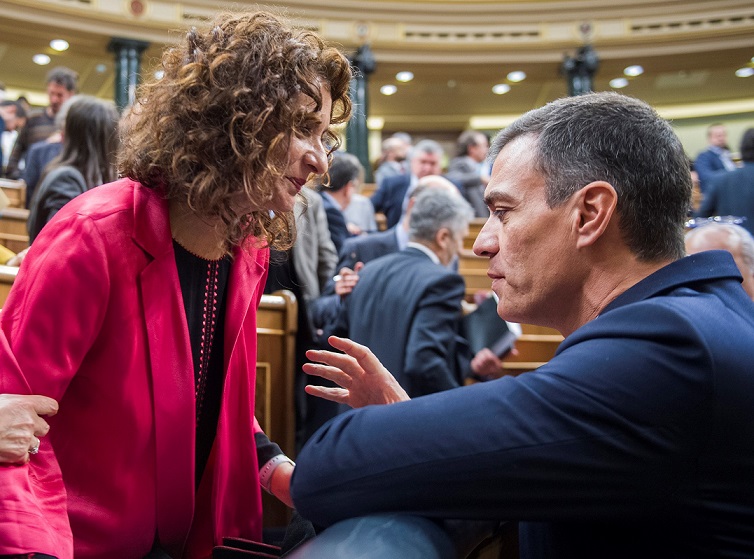 Had the voting turned out differently, the general election will have been held in 2020, after Sanchez, concurrently Secretary General of leftist PSOE who only has 84 of the 350 parliamentary seats, came to power on a Vote of No-Confidence which passed the Parliament on 1 June 2018. This was the first ever Motion of Censure to pass successfully. It came about after the then party in power, the Partido Popular, has been found guilty of corruption and sentenced accordingly by the courts. Sanchez’s moción de censura ousted Prime Minister Mariano Rajoy with the help of radical-left Podemos and the Basque and Catalan nationalist parties.

Per Article 114 of the Spanish Constitution, Sanchez automatically won the confidence (Vote of Confidence) of the Lower House of the Parliament. Thus, King Felipe VI appointed him President in accorance with Article 99.

From the start, the minority PSOE government has adopted a conciliatory attitude toward separatist Catalonia on the grounds that dialogue is the only “commonsensical” way out of the Catalan crisis. The idea is that an unrelenting acrimonious confrontation would not only further fire up the escalating tension between the autonomous region and the Central Government but would fly in the face of the many polls which show that 70 to 80% of the Catalan people want a referendum on self-determination. 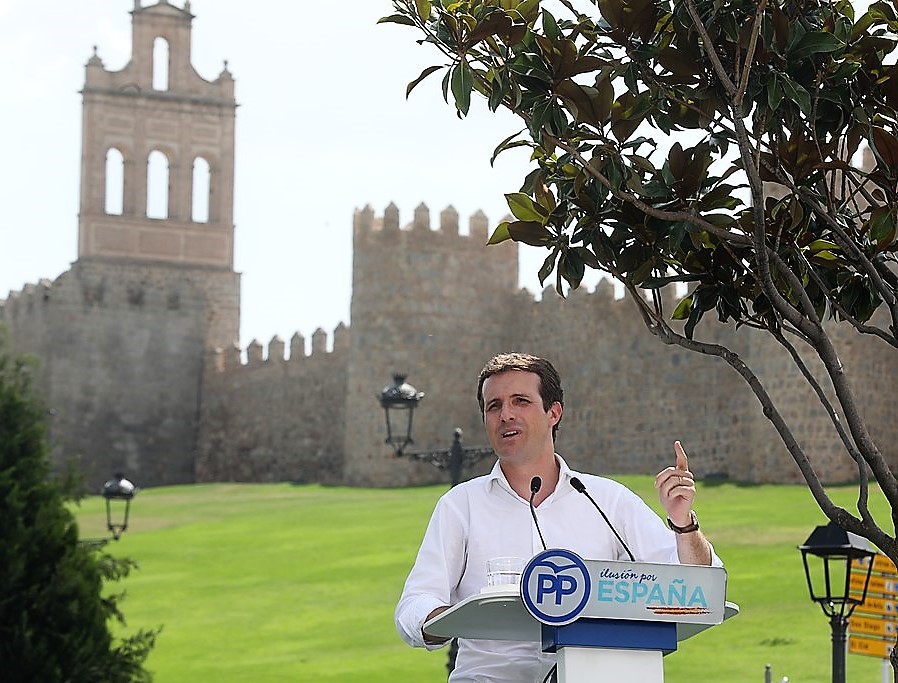 Pablo Casado, president of the Partido Popular: He promises voters to defend Spain from its enemies

On the other hand, no matter how clamorous the demand for the referendum might be, it will still be unconstitutional inasmuch as it tilts at the territorial integrity of Spain. Already the Partido Popular is promising voters that if brought back to power, it will see to the open-ended implementation of the Spanish Constitution’s Article 155 which authorizes the Central Government to suspend the regional government whose secessionism “is prejudicial to the general interest of Spain.” (See “The Frightful Article 155 of the Spanish Constitution” and “It’s Constitution Day, ¡Viva España!”)

But then again, it is worth pointing out that there used to be just 12% of the Catalan population who favored breaking away from Spain but that after the belligerent anti-separatism of the Partido Popular, the pro-independence Catalans have jumped to nearly 50% by the time Rajoy exited.

The prevailing idea at the moment is that come 28 April PSOE will win more parliamentary seats than the dismal 84 it has today. However, the three rightist parties (Partido Popular, the radical populist Vox who debuted with a surprising 11% share of the votes in the regional election in Andalusia last December, and the self-proclaimed “centrist” Ciudadanos) are campaigning hard to defeat “the enemies of Spain” and take back power after the debacle of the moción de censura. 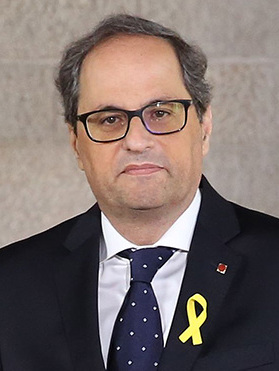 Quim Torra, President of the Generalitat de Catalunya and leader of PdeCat: “No self-determination, no budget”

It does seem that unless PSOE regains the support of the nationalist Catalans, its improved election results might not be sufficient to stop the conservatives from bagging a slim parliamentary majority.

“We [the PSOE] are prepared to talk [with the separatist Catalans] and find a solution within the framework of the Constitution but not outside of it,” Sánchez reiterated on Friday. 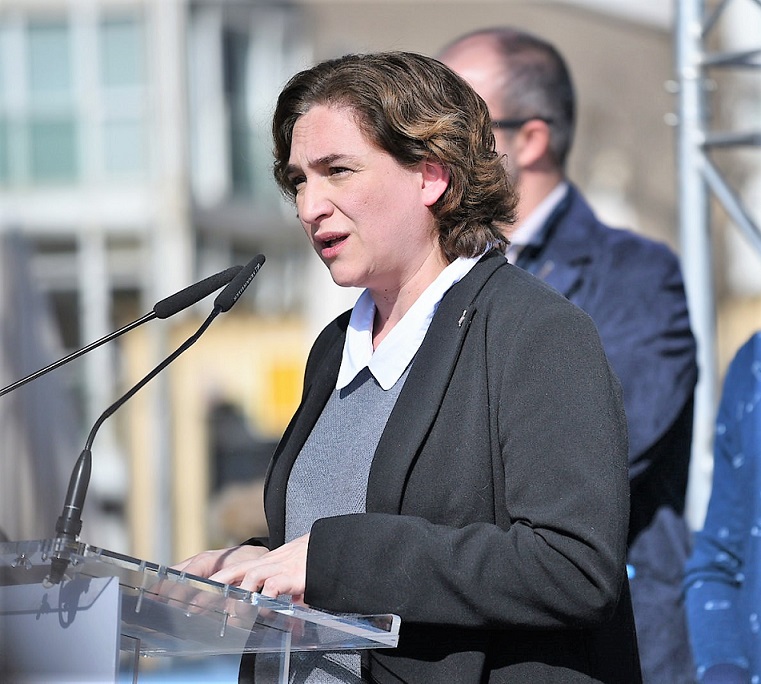 Mayor of Barcelona Ada Colau: “It’s a big mistake not to support the budget”

Ada Colau, leftist mayor of Barcelona, described the separatists’ joining forces with Partido Popular and Ciudadanos to bring down Sanchez as “a historic error”.

In fact, it is said that many Catalans were dismayed by the separatist parties’ rejection of Sanchez’s national budget which led to the downfall of the President and precipitated calling general election in April.

The budget was touted by PSOE and Podemos as “the most social budget” since democracy was restored in Spain in 1978. 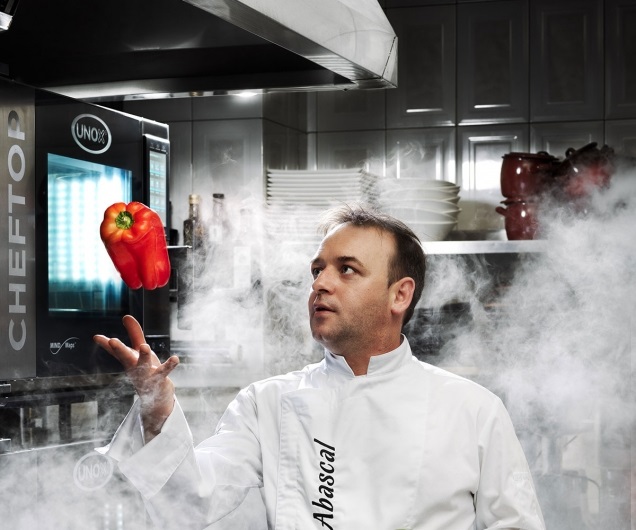