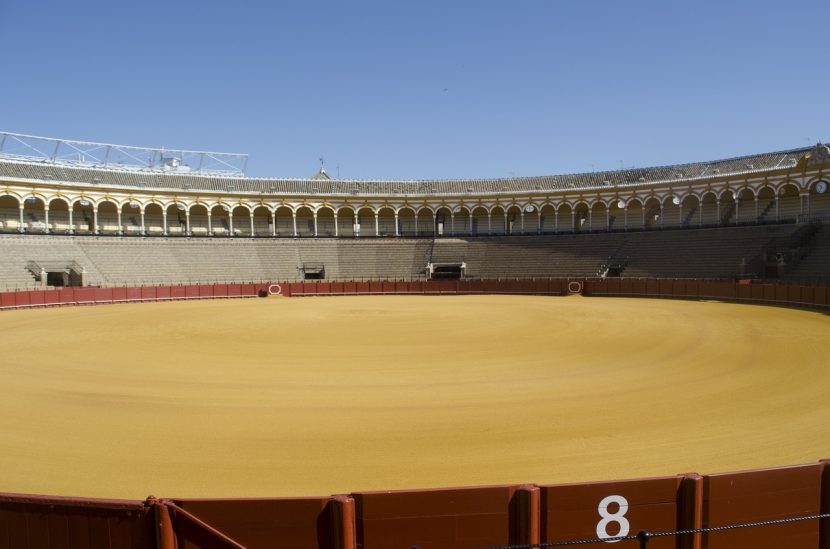 To someone from the United States, it is hard to understand how killing a bull is considered an art

One weekend in Andalusia was simply not enough time. There is so much history that lies among the architectural structures and places that it was impossible to experience it all. After living in Madrid for only a week, I traveled to Córdoba and Sevilla to see the cultures outside of the city of Madrid. Each place had its own intriguing attractions, making me want to explore and discover new areas of Spain.

Flamenco dancers, everyday folk, and horse carriages filled the streets of Córdoba. The different flamenco outfits added personality and color to the city. The people were friendly and there were all sorts of tourist shops and restaurants. The highlight of Córdoba was absolutely the Mosque-Cathedral of Córdoba, popularly known as the Mezquita de Córdoba. Prior to the Reconquista in the early 1200s, it was a Islamic mosque. Following King Ferdinand III of Castile’s reconquest of Cordoba in 1236, the great mosque was turned into a Catholic church and has now become the city’s cathedral.

The medieval architectural structure harmonizes both the Muslim and Catholic beliefs which is one of the many reasons why it is universally celebrated. It is also known for the double red and white striped arches, the lighting and the intricate wall carvings and decorations which add to the unique style of the mosque.

La Real Maestranza de Sevilla, one of the oldest bullrings in Spain

I only stopped briefly in Córdoba and then continued south towards Sevilla. I was able to understand both the history and the current rules of bullfighting at the Plaza de Toros de la Real Maestranza de Caballería de Sevilla, la Maestranza for short. I was able to sit in one of the oldest bullrings in Spain and imagine the two and a half our long fight happening before my eyes. According to the tour guide there, bullfighting is considered an art and it is an honor to die during the game, for both the bullfighter and the bull. In the bullring’s museum it is possible to see paintings and statues of illustrious Sevillan bullfighters, old costumes, and heads of bulls. To someone from the United States, it is hard to understand how killing a bull is considered an art, but after a long explanation it is easier to comprehend this tradition of Spain.

The Cathedral of Sevilla

Another view of the Cathedral

I was also able to see the Cathedral of Seville (la Catedral de Santa María de la Sede), the world’s largest Gothic cathedral. It is forbidden for tourists to enter the church. It is only open to those who wish to pray there so, unfortunately, I was unable to go inside. However, the Gothic architecture was just as admirable from the outside. The exterior view was quite beautiful. There was a Moorish bell tower which was from the mosque that was originally there before the cathedral replaced it during the Reconquista in the thirteenth century.

I also saw the Royal Alcázar which had some of the most intricate wall carvings and beautiful gardens. It was once a Moorish fortress but is now known as the oldest royal palace still in use in Europe. It was first built in the Mudejar style. However, subsequent monarchs have left their mark on the palace and is now a mixture of styles including Gothic and Renaissance. It also reflects different religions and though it is mainly a Christian and Muslim mixture, traces of the Jewish religion are present.

There was a long line to get in, but it was definitely worth the wait!

Another must-see in Sevilla is the spectacular Plaza de España, located in the Maria Luisa Park. It was built for the Ibero-American Exhibition of 1929, a World’s Fair, by Aníbal González. It is possible to take a row boat around the semicircular lake in the plaza in order to see the area from a different perspective. The lake is crossed by four bridges which represent the four ancient kingdoms of Spain.

The spectacular Plaza de España in Seville, host to the 1929 World’s Fair

A series of benches alludes to each of the Spanish provinces with historical facts, maps, and mosaics.

It was amazing to see the unique differences, but also similarities, between Córdoba and Sevilla. There are so many Muslim and Christian influences in the architectural styles because of the Reconquista. While they are two different cities, it is interesting to see the connection between them.

In three days, I was able to have only a small glimpse of the prodigious beauty of Cordoba and Sevilla. I hope to be back sometime soon. 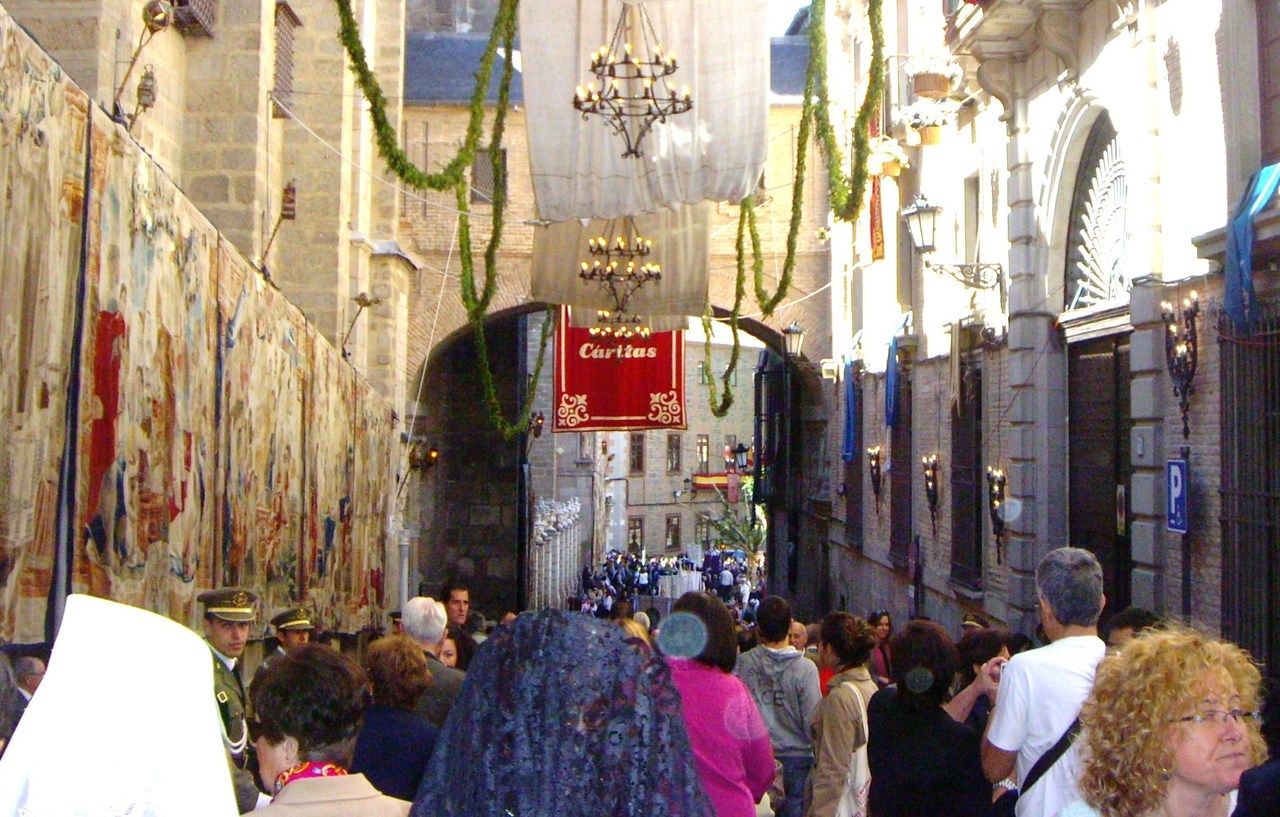