Is climate change for real or is it just our scientific community’s imagination? So many violators of this, our planet Earth, seem to think it’s one big hoax invented to decimate
the coal industry around the world…

While enlightened folk are battling to reduce man-made carbon emissions in all the countries of the world, others scoff and say that environmentalists are exaggerating the situation, or are simply “off their rockers”!

In a very interesting article in the local paper by Elena Becatoros of the Associated Press, the rising temperature of the world’s oceans is being blamed for the die-off of coral reefs in the Maldives and in the Great Barrier Reef of Australia, to give two examples of the phenomenon. In her own words, she explains, “The world has lost roughly half its coral reefs in the last 30 years.” 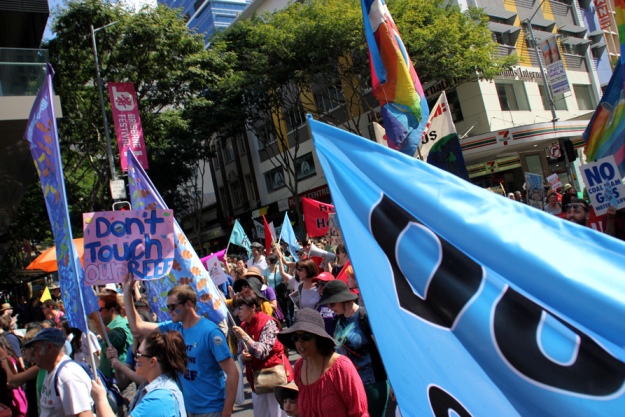 Rally for the protection of the Great Barrier Reef in Australia.

She goes on to say, “Scientists are now scrambling to ensure that at least a fraction of these unique ecosystems survives beyond the next three decades. The health of the planet depends on it: Coral reefs support a quarter of all marine species, as well as half a billion people around the world.”

The article continues: “This isn’t something that is going to happen 100 years from now. We’re losing [ the coral reefs] right now,” said marine biologist Julia Baum of Canada’s University of Victoria. “We’re losing them really quickly, much more quickly than I think any of us ever could have imagined.”

The writer adds,”Even if the world could halt global warming now, scientists still expect that more than 90 percent of corals will die by 2050. Without drastic intervention, we risk losing them all.”

PharmaMar, a global company headquartered in Spain, is looking to the sea for cancer treatment.

Colorful and full of life, coral reefs “protect coastlines from the full force of storms” and coral reefs “produce some of the oxygen we breathe.” They provide “habitats for one in four marine species” as well as “billions of dollars in revenue from tourism, fishing and other commerce.” Moreover, they are “used in medical research to cure diseases including cancer, arthritis and bacterial or viral infections.”

Ruth Gates, Director of the Hawaii Institute of Marine Biology, is quoted as saying: “To lose coral reefs is to fundamentally undermine the health of a very large proportion of the human race.”

“Whether you’re living in North America or Europe or Australia, you should be concerned,” Biologist Ove Hoegh-Guldberg, director of the Global Change Institute at Australia’s University of Queensland, says. 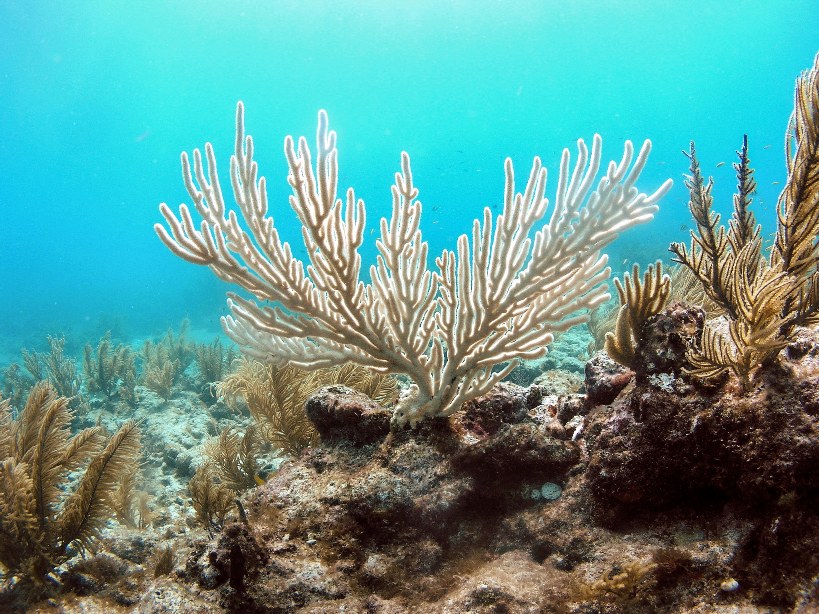 Coral, center, is turning white. The phenomenon is called bleaching.

The article writer explains that “corals are invertebrates, living mostly in tropical waters. They secrete calcium carbonate to build protective skeletons that grow and take on impressive colors, thanks to a symbiotic relationship with algae that live in their tissues and provide them with energy.”

She goes on to say, “corals are sensitive to temperature fluctuations, and are suffering from rising ocean temperatures and acidification , as well as from overfishing, pollution, coastal development and agricultural runoff.”

“A temperature change of just 1 to 2 degrees Celsius (1.8 to 3.6 degrees Fahrenheit) can force coral to expel the algae, leaving their white skeletons visible in the process known as ‘bleaching’.” 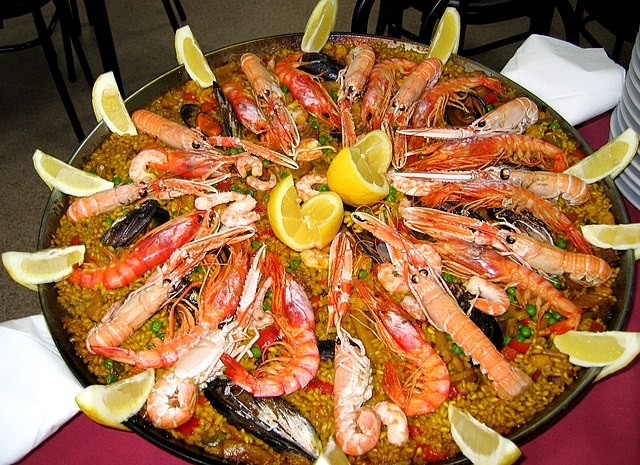 The writer summarizes: “Bleached coral can recover if the water cools, but if high temperatures persist for months, the coral will die. Eventually the reef will degrade, leaving fish without habitats” and coastlines unprotected. “We’ve lost 50 percent of the reefs, but that means we still have 50 percent left,” the writer quotes Gates as saying. She is working in Hawaii to breed corals that can better withstand increasing temperatures.

Now what does all this have to do with landlocked Madrid? Well, when the city empties in August for its much-deserved summer vacation spots along Spain’s glorious coasts, and snorkles and masks are put on to see what the sea has to offer, think what the warm waters of places like the Costa del Sol are doing to sea life, and you’ll agree there’s quite a connection. And for those who stay in Madrid for the summer, think about the mercados and the fine fish and mollusks that are offered, flown in from the far-away coasts for Madrid’s fine restaurants, and you’ll see that the health of the sea is quite important to you and me! 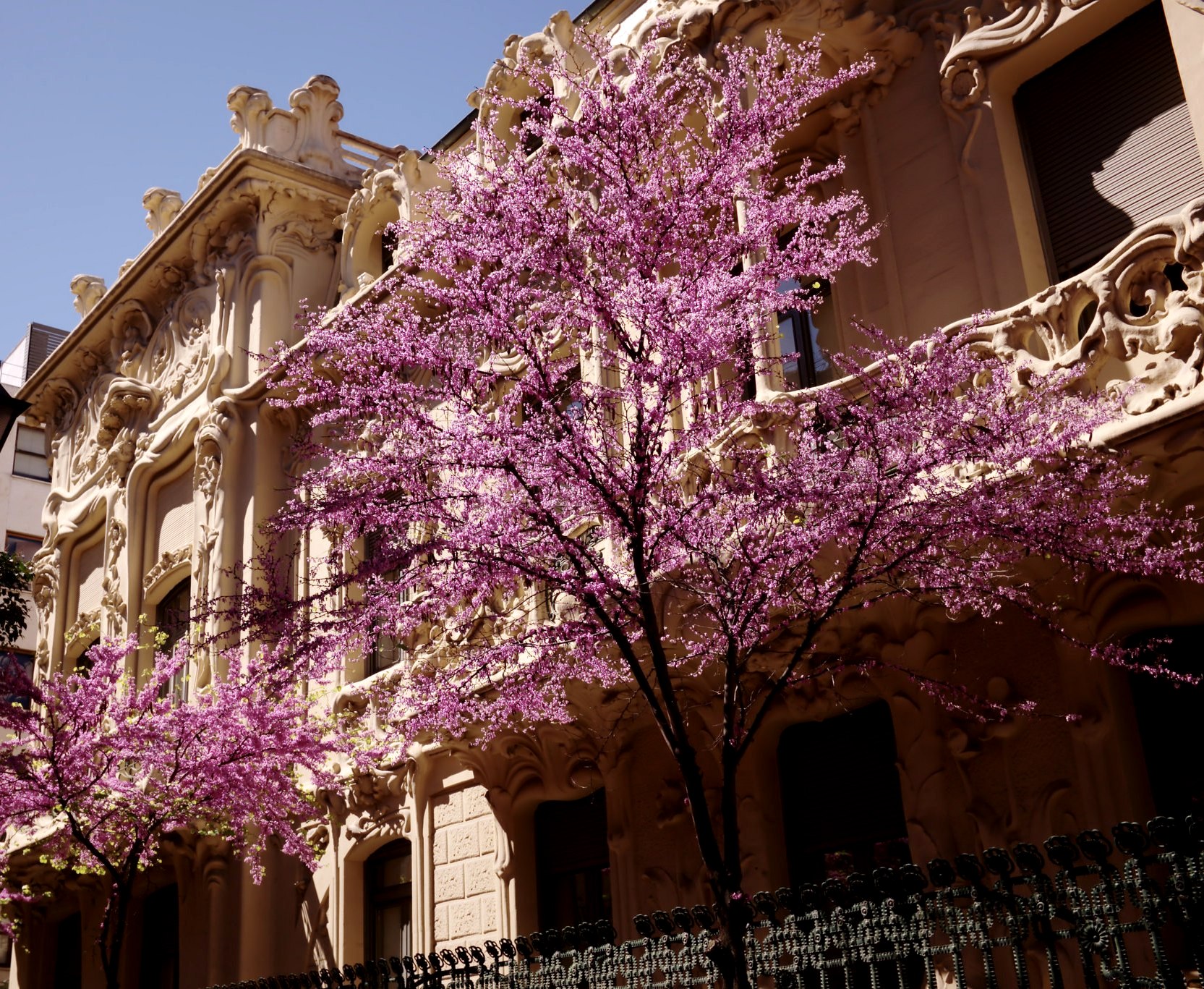 Previous article « IT’S SPRING, YOU’VE GOT TO BE IN MADRID!