RONDA AT A SNAIL’S P(L)ACE 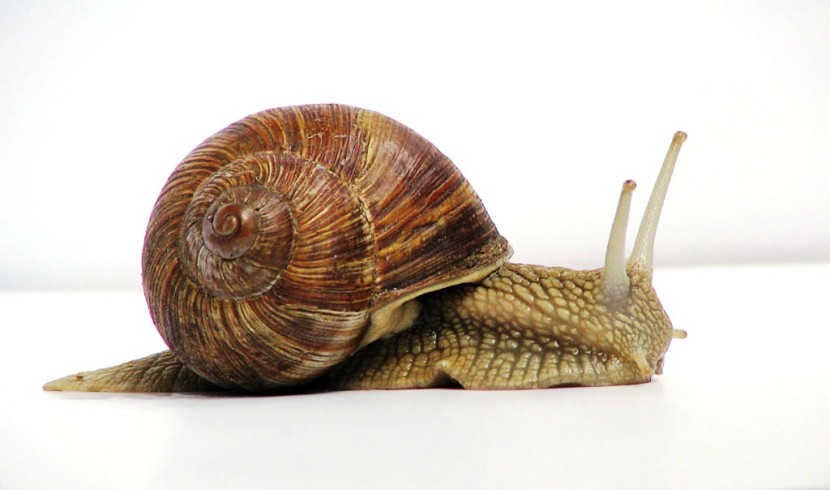 Think of Pat and me as you skewer the little devils on toothpicks supplied. And, please,
appreciate the moment as one that may never come again,
unless, that is, you plan to return

The last time I ate real escargot in the States had to be maybe fifteen or twenty years ago. When Pat and I were dating, he would always take me to this place in Branchbrook Park, Newark, New Jersey called Nanina’s. That place had the best snails in their natural shells, loaded with garlic and succulent as they came. But, alas, as with many mollusks over time, escargot fell victim to the FDA’s own admission of its “current thinking on the topic” related to bacteria. The last time I had snails in the states I believe was in California. They were tasteless, chewy, and, as the waiter announced proudly, were “farm-raised,” a euphemism for scrubbed of all culinary value, dipped in what, Clorox? then stuffed back into some fake shells. Ugh!

Now I don’t know whether you keep up with the ins and outs of the “farm-raised” industry, but I have. The details are frightening. Let’s take the shrimp farms, for example. What goes on, or let’s say what doesn’t go on,  at these so-called regulated farms has convinced me to no longer eat shrimp unless someone nets it in the ocean which, in the States, probably means the environmentally questionable Gulf of Mexico. (Thank you BP.) You can get them from Australia but a handful would blow my entire monthly food budget, so this is not an option.

Then there’s tilapia. Ah yes, tilapia. This current fair-haired fish of questionable ancestry is the second most farm-raised fish behind shrimp. Its claim to fame, by no less authority than a 2008 Wake Forest School of Medicine Study, is that it has a higher inflammatory potential than hamburger (80%) or pork bacon. You can look that up online if you don’t believe me. My personal problem with this fish is not so much its genesis or nutritional value (or lack of it), but that it is completely and utterly without taste, not to mention predominantly corn fed. The last time I checked, fish do not eat corn. And oh yes, it is generally conceded that fish farms use chemicals of all kinds to help their tilapia stay alive.

But I’m getting off track here. Back to the snails. 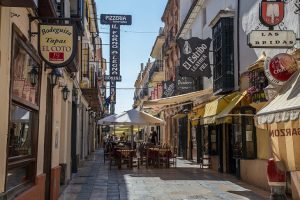 One day as Pat and I were wandering through the streets of Ronda we happened upon a string of café’s jammed with locals—always a good sign. Finding an empty table, we sat down and ordered our food. As we’d promised each other before embarking on our latest trip, all of the selections were dishes we had never before tasted. Within minutes our waiter returned with the first of them.

“Can I also have some snails?” I said in Spanish. At the table next to us a young fellow sat picking some succulent little morsels out of their shells. Our waiter looked at me dejected.

“I’m sorry, Signora. We do not have snails. That table is for the place next door.”

Who knew? Cafés lined up like dominoes had no specific signs or lines of demarcation to separate where one left off and the other started.

“Oh, ok,” I tried hard to hide my disappointment. The waiter left. I eyed the snail guy with envy and settled down to my deliberately adventurous lunch. Pat had already dived into his quail egg and serrano sandwich.

A few minutes later our waiter reappeared. Smiling proudly, he placed before me a hot bubbling dish of snails he had obviously conned at a pro-rated price off our café neighbor. Real honest-to-goodness snails from the Mediterranean, probably caught that morning. Thank you gods of Mare Nostrum! Thank you!

So if you are ever in Ronda, and the urge for snails overtakes you, ask someone “Where is the café which serves the snails?” ¿Dónde está el café que sirve caracoles? Someone will know and point you in the direction. Far as I know, it’s the only snail game in town. Maybe the owner has family connections. Anyway, make your way to the side street where cafes line the sidewalk one atop the other. There’s a parking lot on the corner, if that helps. Think of Pat and me as you skewer the little devils on toothpicks supplied. And, please, appreciate the moment as one that may never come again, unless, that is, you plan to return.

Next article THE ECONOMY OF SPAIN: Everything Coming Up Roses? »