REACHING OUT TO THOSE WHO ARE IN NEED

IN YULETIDE SEASON AND EVERY SINGLE DAY

Yuletide is not only a time to rejoice but also to pause and “heed a certain call, when the world must come together as one” and especially at this time when we the fortunate happen to be living in a country hit hard by the world crisis. Spain, in spite of it all, remains to be a most tolerant and generous country, mindful and caring of all the weary and needy. And this is truly reflected in the shining example of the Fundación Ciudad de la Esperanza y Alegría (City of Hope and Happiness Foundation).

Nunca una “ciudad” se hizo con materiales tan nobles — cimientos de esperanza y ladrillos de alegría. (A city has never been erected with such noble materials — foundations of hope  and bricks of happiness), thus the blurb on the colorful brochure introduces us to the numerous Indian children beaming with joy like the ones we all would love to see on Facebook every minute of the day.

The Fundación Ciudad de la Esperanza y Alegría is a non- profit organization created more than a decade ago based mainly on the spiritual principles of Mother Teresa of Calcutta, focusing not only on education but also on keeping a close eye on our unfortunate brothers who suffer from disease and hunger in the Indian sub-continent.

The Fundacion is active in Asia, Africa, Latin America and Spain where they have massive projects in Madrid and in Las Palmas de Gran Canarias. They are endeavoring to eradicate poverty in these places The foundation also works with the handicapped, the elderly and firmly believes in equal opportunities for all regardless of race, religion and sex. They work closely with women to improve their conditions and rights.

When disaster strikes the association is at hand as they recently were with the tsunami in South East Asia, the earthquake in Haiti or even closer to home at Murcia.

Large crowds turn up for the Fundación’s yearly Christmas bazaar at a posh hotel in the Chamberí vicinity where colorful stalls akin to the bazaars in India are set up. Stall-holders contribute 30% of their earnings to the association. Generous companies donate their products like olive oil to raise funds for their less fortunate brothers.

Begoña and friend, generous stall holders at this year’s bazaar

The foundation has decided that this year part of the proceeds of its Christmas bazaar, more formally called “Bazar de la India” and held between the 15th and the 17th of November, will go specifically to the Typhoon Yolanda victims in the Philippines.

On a wet autumn day it was nice to be greeted by the foundation’s volunteers garbed in orange aprons welcoming the numerous visitors.

The famous orange apron worn by the Fundación Ciudad de Esperanza y Alegría volunteers, in a past event. (Photo from the foundation’s Facebook page.)

At this year´s bazaar we made the acquaintance of Sara Garrate, a charming and gregarious volunteer. The following day she agreed to speak to GUIDEPOST at her apartment in North Madrid. Our purpose was to put a human face on the charitable institution.

After a cuppa and some snacks Sara answered GUIDEPOST’s questions with a contagious smile and a high gear of enthusiasm.

GUIDEPOST: What does being a part of the foundation mean to you and what are the rewards?

SARA responds with a confidence reminiscent of Mother Teresa: You see, for me it is vital to help the needy. This belief springs from my religion. Helping gives me joy, happiness and inner-satisfaction.
[After a pause she looks up as if seeking a cue and beams again with sheer delight.]
It is my happiness and motivation indeed. The most wonderful thing in the world is seeing the children happy. Nobody has the right to inflict suffering on the innocent children; sadly these children are suffering now.

GUIDEPOST: When did you join the Fundación Ciudad de Esperenza y Alegría ? 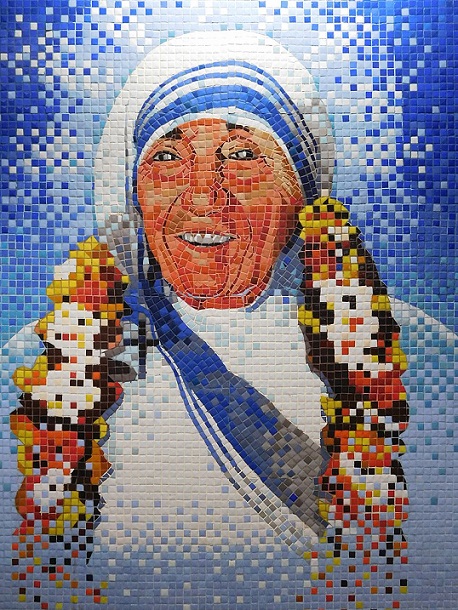 SARA, clasping her hands: Though I have been with them for a very short time I was involved with this kind of work for many years. I was drawn to the fundación chiefly because it follows the principles laid down by Madre Teresa de Calcutta to help children and adults alike. And also because it is involved with the handicapped and women who are in dire need.

GUIDEPOST: And what is your role in the association?

SARA adopts a theatrical stance, stands up like an actress on Broadway and then sits down: Well, I do many things in the fundación.

GUIDEPOST: Have you ever been to India?

SARA, her face lighting up: No, I have never ever been to India. But once we have achieved our goals, once we have attained what we have set out to do, I would love to go to India and be with the needy and downtrodden.

GUIDEPOST: Now about the Christmas bazaar. How did it go?

SARA: It turned out pretty good, I ought to say. It could have been better. Anyway, even with the crisis there was a big turnout.

GUIDEPOST: What message would you give to Guidepost readers?

SARA folds her hands again as if she were saying Namaste (Indian greeting) and pleading for a noble cause: Let´s collaborate, let us all pitch in and contribute just 6 Euros a month.

When GUIDEPOST stepped out of Sara’s apartment and felt the first pangs of the cold of November we were glad to know there were people like Sara who made the world a warmer place. 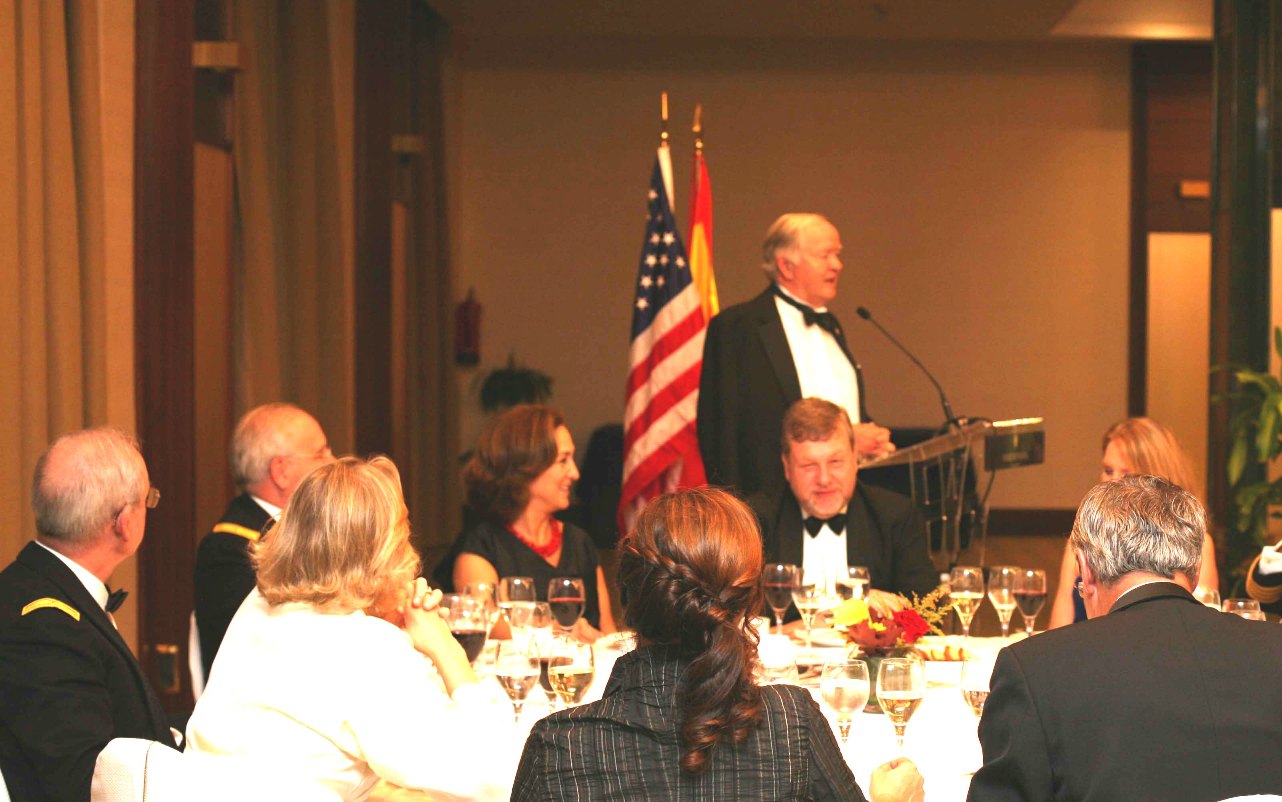 Previous article « THE US NAVY LEAGUE’s ANNUAL CELEBRATION OF ITS FOUNDING
Next article YOU TUBE TREASURES: FABULOUS FALL FILMS »