RAFA NADAL SLAMS IT TO THE MAGIC 20! 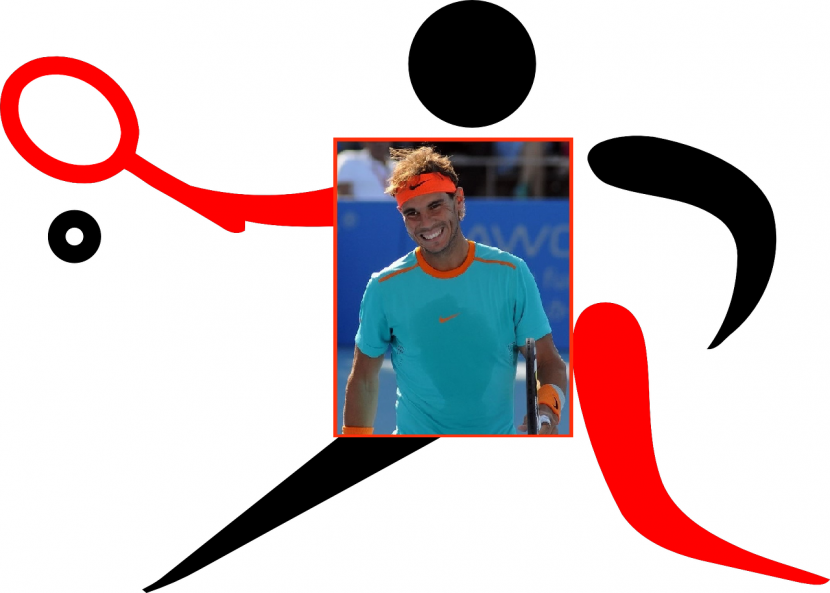 With this stunning victory in the French Open (his 13th), 34-year old Rafa Nadal claims his 20th Grand Slam title thereby equaling the record of the world’s greatest tennis player Roger Federer. And reaching, along with Federer, the greatest number of wins of all time in tennis.

Fans and professionals around the world were agog with the expectation that Federer’s historic record could be equaled by The King of Clay in this year’s coronavirus-bitten Tournoi de Roland-Garros (21 September – 11 October).

And the expectation was fulfilled.

Djokovic was looking to win his 18th Grand Slam title but Nadal’s conclusive ace in the final set shot his dream to pieces. Three times in a row, Nadal has beaten Djokovic in their French Open finals against each other.

As the Spanish national anthem resounded in the Philippe Chatrier court, tears of emotion glistened in the Spanish eyes. 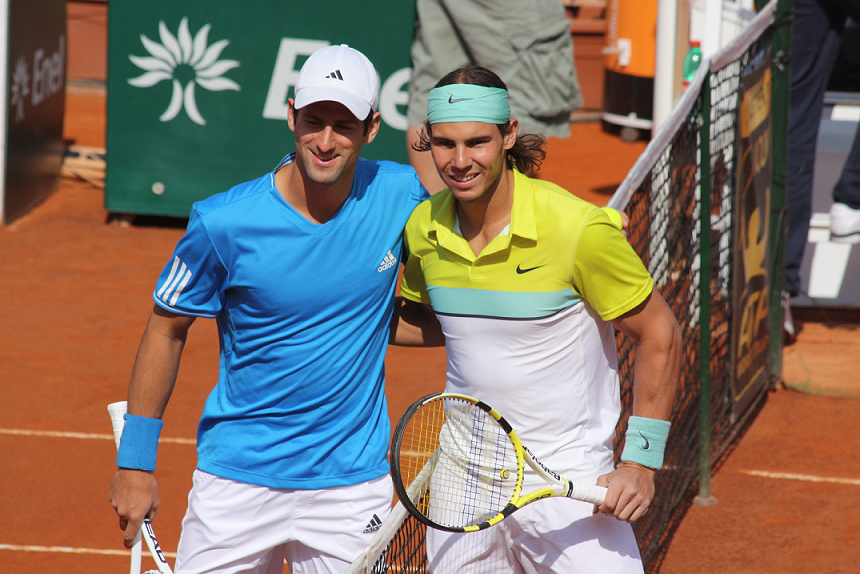 Nadal and Djokovic, left, at the 2009 Rome Masters final where Nadal won. More than a decade later, they’re still slugging it out on courts though of course Roland Garros 2020 was Nadal’s BIG day.

In his victory speech, Nadal said in heavily-accented English:  “First of all, of course, congrats to Novak for another great tournament, sorry [to him] for today.” But then “in Australia [in the 2019 final] he killed me. We’ve played so many times, one day one wins, another day the other wins.”

Asked if he was thinking to tie with Federer as he played the French Open final, Nadal said, “To win here [in Roland Garros] means everything. I don’t think today about the 20th and equal Roger on this great number. Today is just a Roland Garros victory and that means everything to me.”

The Roland Garros organizers couldn’t possibly ask for a more reassuring — and heartfelt — declaration! And as if that weren’t enough, he tweeted: “This love story I have with this city and this court is unforgettable.”

Still, “I never hide that I would love to finish my career being the player with more Grand Slams, no doubt about that,” Nadal does admit. “The records, of course, I care. For me, it means a lot to share this number with Roger.” 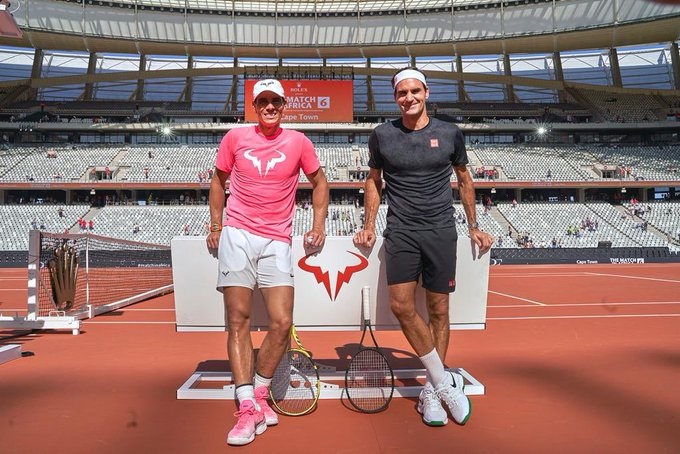 Nadal and Federer: Federer posted this photo alongside his now-famous tweet.

It most definitely was impossible to consign the thought of the Magic Number to an obscure background and make a taboo of it. Roger Federer tweeted: “I have always had the utmost respect for my friend Rafa as a person and as a champion. As my greatest rival over many years, I believe we have pushed each other to become better players. Therefore, it is a true honor for me to congratulate him on his 20th Grand Slam victory. It is especially amazing that he has now won Roland Garros an incredible 13 times, which is one of the greatest achievements in sport. . . I hope 20 is just another step on the continuing journey for both of us. Well done, Rafa. You deserve it.”

Before he could read the tweet, a reporter told Rafa about it at the après-match press conference. To which Rafa replied, “Thanks to Roger for the words. I think, as everybody knows, we have a very, very good relationship. We respect each other a lot. At the same time, in some way, I think he’s happy when I’m winning and I’m happy when he’s doing the things well.” 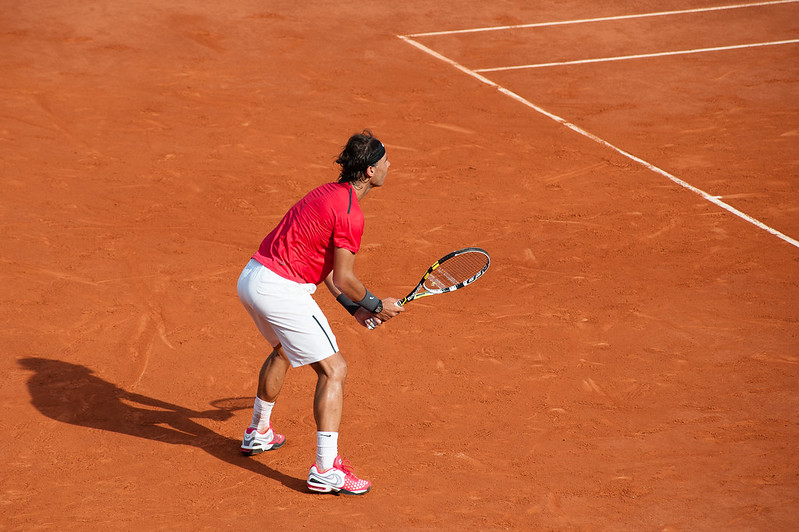 Rafa Nadal: at home on the French clay

May the best man win when both gentlemen (in the best sense of the word) reach the end of their “journey” which, HOPEFULLY, won’t be in many years yet!

Says Rafa: “You can’t always be unhappy that your neighbor has a bigger house, boat or a better phone. We will see when we end our careers. I believe our rivalry is something beautiful.” 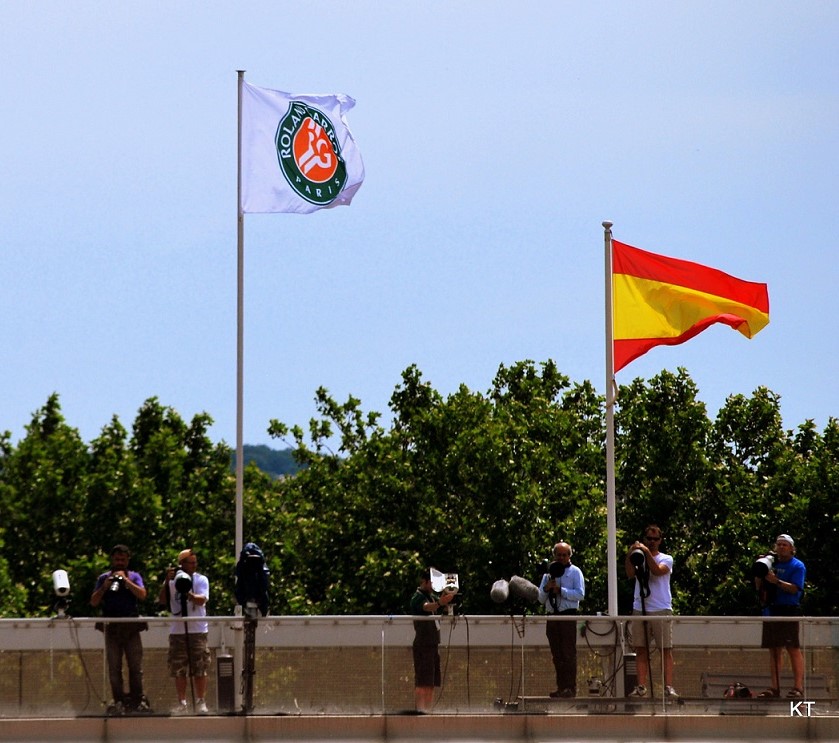 The Roland Garros and Spanish flags

In terms of nationalistic pride, Nadal’s victory amply makes up for the absence of pomp and circumstance on the 12 October Spanish National Holiday celebrating Armed Forces Day due to the second wave of the pandemic that’s hitting Spain with brutal force.

And here’s a word of encouragement from the Champ (can Covid be far from everyone’s thoughts these days?): “Just keep going, stay positive and all the very best, together probably we will go through this and we will beat the virus soon.” 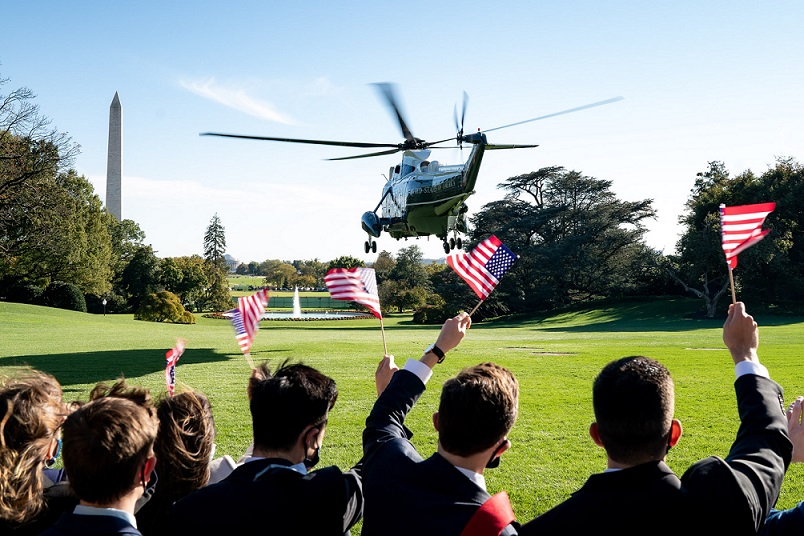 Next article THE SURGE IN POPULARITY OF JUNKYARD CARS, A CORONAVIRUS SYMPTOM »