Sam Barzilay, Chair of the competition: “Judging at the Sony World Photography Awards was a journey of unexpected discoveries. Dozens of hidden gems, playful compositions, subtle commentaries, and fleeting moments caught in time – all speak of the love for photography shared by the participants, and their desire to share the world as they see it.”

Astrid Merget Motsenigos, Creative Director of the World Photography Organisation and organiser of the awards: “Every year we are astounded by the quality of images we receive at the Open and Youth competitions. These talented photographers capture in a single shot moments of great drama, passion, intrigue and humor, but above all each photograph displays wonderful artistry and skill. We are proud to be able to give recognition to these photographers and provide a platform on which their work can be seen by the world.”

Winners of the Sony World Photography Awards, the world’s biggest photography competition covered in more than 170 countries and, in 2014, generated more than half a million articles in the media, have now been revealed, among them the budding Spanish photographer Jaime Massieu. The awards offer an unparalleled opportunity for photographers to be exposed at all stages of their career to and be known worldwide by industry leaders.

The youngest of the winners, Stephanie Anjo, entered this photo of her cousin for the Portraits category of the Youth Competition

The 2015 edition attracted over 173,000 entries from more than 170 countries. The achievement of each of the 14 winners of the Open, Youth, and Mobile Phone competitions is extraordinary not only in terms of the fierce struggle they faced but also the fact that these winners are largely not professional photographers; they are simply individuals who love photography. The youngest winning photographer is 14-year old Stephanie Anjo from the UK.

Photographers of all abilities were invited to submit either their best single shots or series of work. The images were judged by the World Photography Organisation and a specially selected jury from the World Photographic Academy which is made up of the photographic industry’s most esteemed individuals, led by Sam Barzilay, Creative Director of United Photo Industries.

The aim of the Awards? It’s quite simple: to recognize and reward the best contemporary photography in the world.

The Mobile Phone Award, which was launched in the 2015, underscores the incredible versatility and corresponding popularity of the mobile phone as a camera. The World Photography Organization says: “The Mobile Phone competition was introduced to the 2015 Sony World Photography Awards in recognition of the ability of mobile phone technology to capture everyday moments in our daily lives which would otherwise go unnoticed.”

The winning image, with 6,718 votes expressed as Facebook “likes”, was chosen by the public via the WPO website. The Mobile Phone competition was open to photographers of all abilities for just four weeks during which time over 10,200 images were received. A shortlist of 20 images were selected by a panel of experts from across the photographic industry and the public had just one week (10 – 17 March) to decide the winner. Over 15,200 votes were cast.

Obviously global exposure is enormous not only for the winning but also the shortlisted photographers. These photographers are used across all platforms throughout the year – from offering top tips on shooting in low light on Instagram to a showcase interview seen by millions on the WPO website or tweets about a photographer’s latest show on Twitter. The World Photography Organisation has a thriving online presence and engages with photography enthusiasts and professionals worldwide via its website, Blog, Twitter and Facebook.

Awardee and shortlist photographers can take part in the Exhibition at Somerset House, London, have the potential to be included in international exhibitions and in the Sony World Photography Awards book, and the potential to work with Sony on a variety of digital imaging projects.
.

The annual awards gala and ceremony will take place in London on 23rd April, with an international attendance of industry leaders to celebrate the recognition of the best in contemporary photography. The yearly gala also pays tribute to one of WPO’s masters with the Outstanding Contribution to Photography Award.

Immediately following the 2015 gala, the Sony World Photography Awards exhibition of hundreds of expertly curated photographs by the winners and shortlist will open in Somerset House, London’s historic landmark,  from 24th April – 10th May.

The winning photo for the People category, Open Competition, by Saleh Rozati, Iran

The overall Open and Youth winners along with the Mobile Phone winner will be flown to London to attend the ceremony.

“A graffiti artist works on Quetzalcoatl,” by Mexican Hector Muñoz, which won the Arts & Culture category of the Open Competition

The winner of the Youth Competition’s Environment category, by 19-year-old Yong Lin Tan of Malaysia 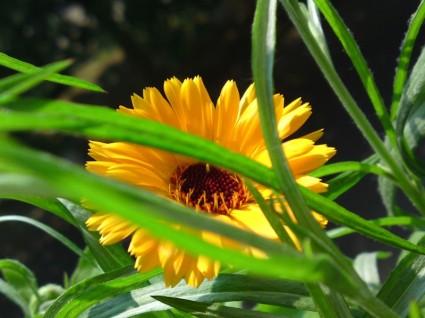 Next article A MESSAGE FROM THE AMERICAN CLUB OF MADRID »