Manuel de la Mata’s painting hangs in a place of honor in El Brote, whose owners are delighted with
the fact that they served as a source of inspiration for the amazing work of art by
a famous painter in recognition of the excellence of their cuisine


Manuel de la Mata is a world-famous painter and portrait artist, who was caught in Madrid when the pandemic broke out and he has been here ever since. Nevertheless, he has kept quite busy, although he misses his spacious studio back home in Brazil. 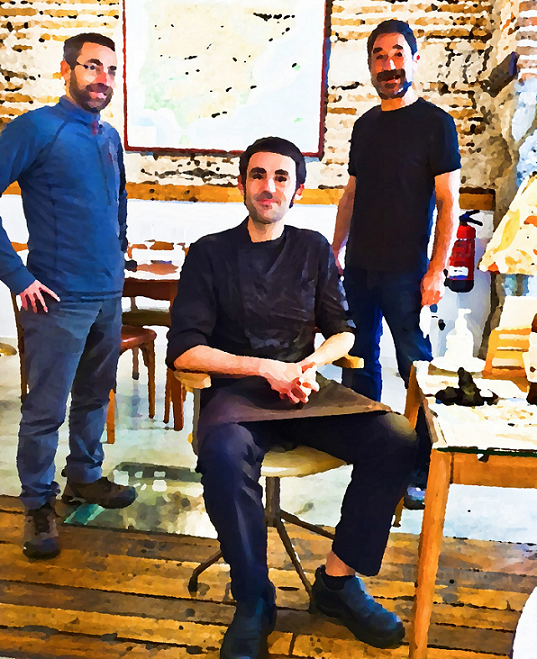 The masterpiece before it is fully done, following the world-famous painter’s very expensive five-layer technique

He recently decided to pay special tribute to the three young men who own one of the smallest and indeed one of the best restaurants in Madrid: EL BROTE, located at Calle Ruda 14, between the Calle Toledo and the Rastro Flea Market

When small is big

The restaurant is managed by Alvaro de la Torre and Eduardo Antón and with the incredible talent of Chef Pablo Rocal, who works passionately in the kitchen to create some extraordinary mushroom dishes that enhance the flavor of the very best natural products.

De la Mata was inspired to paint these three young entrepreneurs who have managed to keep their five-table restaurant open during the entire pandemic. (Note: Adopting all the necessary precautions and with very spacious distancing between each table).

The painting, now finished, was elaborated following De La Mata’s special five-layer technique, which he employs in his most characteristic and expensive works. This method begins with a photo taken by the painter which he enhances with a digital layer applied directly with his finger using a cell phone or tablet. The result is printed on a canvas and a third layer is painted with top quality oils. The fourth layer consists of an acrylic application, which is completed with a smooth, glossy or matte finish. 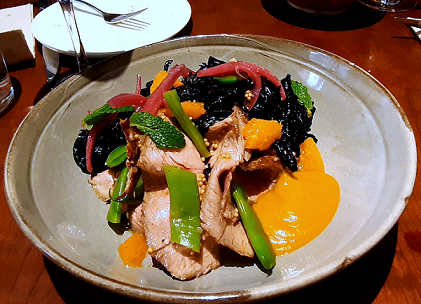 The procedure described is very similar to the one used by American painter David Hockney whom the newspaper Le Parisien defined as the most expensive painter in the world.

The painting hangs in a place of honor in El Brote, whose owners are delighted with the fact that they served as a source of inspiration for this amazing work of art by a famous painter, in recognition of the excellence of their cuisine. 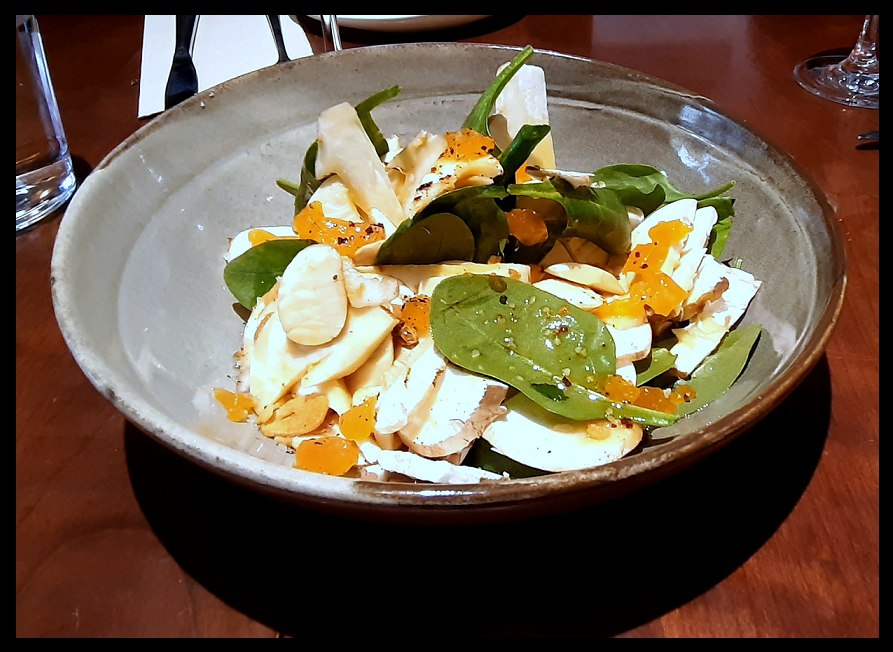 Next article Stateside Stories: A Press Conference for the People »