OPINION PIECE BY A CANADIAN WRITER: The (Donald) Trump Card

I listened to the speech, felt somewhat sickened by all the promises and the denigration of everything Barack Obama tried to accomplish under incredibly adverse circumstances, given the state of affairs when he took over the country. Mr. Trump appears to forget the vast millions outside America who have more than a slight influence on the United States’ ability to regain world power. My Piece is attached, kind of a rough summary, it could have also used the term “protectionist policy” somewhere in there, though it was clearly alluded to in other terms.
NAMASTE!

Ed’s note  to GUIDEPOST readers:
We welcome your opinion on the subject and/or the article itself.

Aftershock from Trumps Inauguration today, moments ago, January 20, 2017
Notes after listening to top US and Canadian journalists reacting to Mr. Trump’s Election Promises

–
Hyoe! Promise after promise to bring America back : Chilling, the US versus the Outside World — aggressively protectionist: America ahead of the world, but of course willing to work with the “outsiders”.

Trump proceeded to total condemnation of the Obama administration from every angle after having effusively thanked the Obamas, moments prior, for their “outstanding assistance during the transition period”. He then proceeded to denigrate everything that Obama had tried hard to do during his eight years — schools where people did not get properly educated. He actually said they “didn’t learn anything in school under Obama’s presidency”. Issues of women’s poverty in the United States – woman being “abandoned” during Obama’s time, Mr. Trump promising to bring up the millions of the American poor, bring back hundreds ( thousands?) of factory jobs which experts term impossible in the next 4 years.

Unemployment in the US right now is less than half what it was before Obama took office. Statistics to prove that number. Trump tore everything apart that Mr. Obama has done in the very difficult times when Obama took over the country. He wants all American goods produced in America, i.e., Adios China, which is impossible, given the enormous existing financial debt the US currently has to China for goods purchased from that Asian Tiger. He says there are too many non-Americans working in the US — give their jobs back to Americans. He has no understanding of how to deal with foreign powers. “We will totally ERADICATE all of ISIS now”, he swears in his opening address. ( Nice pipe dream.)

Outgoing President Barack Obama discusses the wriitng of Exit Memos by the members of his cabinet on the progress his administration has achieved for the present and the future of the United States/White House phooto, CC BY-SA 3.0

All these promises seem like a lot of “campaign promises” rather than any reality, inflated promises he has no idea how to put into real action. We can only wait and watch tremulously, as Canada nonetheless is the closest ally of the United States, but a little too close for comfort!

“Donald Trump the Candidate will be Donald Trump the President”, one US journalist stated just now. He will quickly start signing authorities re Obama care and new structuring of NAFTA (obviously to keep the Mexicans down and ensure Canadian water supply, regardless of the non-renewable supply when most of the world is lacking clean water and Canada remains one of the few sources of pure water.)

“Obama’s intentions were misinterpreted and viciously contorted by the opposition ” / Cliff via Flickr, CC BY 2.0

Canada and the United States have built one of the closest associations between two countries anywhere in the world. Canada will work with the US to restore prosperity to the middle class in both countries. Mr. Trump talks about “bringing up the poor and the dispossessed”, yet the new administration around Trump is full of billionaires (who have a weak track record of helping the poor ).

Invoking religion, a man whose past recognized abuse of women is documented, the new President has much, far too much in my humble opinion, to prove to his people, first of all, whom he promises to raise up to prosperity and restored self-worth, and to the rest of the trembling world!

Does he actually BELIEVE in what he is promising to America? I always felt that Mr. Obama did believe in his promises and did his honest best not to shirk responsibility, but his intentions were misinterpreted and viciously contorted by the opposition. After all, each man is an island unto himself, not a god!

Viva YOGA and the ongoing struggle to survive! NAMASTE! 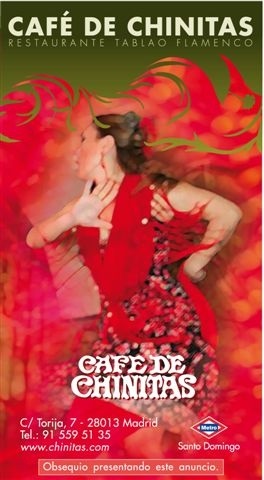