“ONCE AGAIN, AFTER FOUR LONG YEARS, EUROPE HAS A FRIEND IN THE WHITE HOUSE” 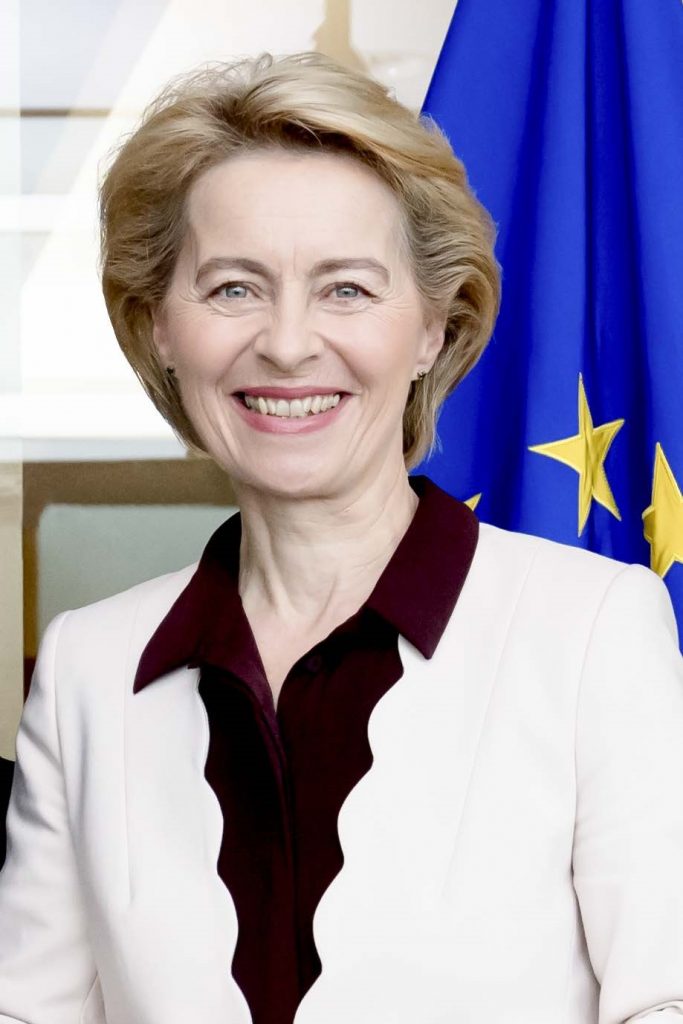 And a beautiful speech too, Guidepost would say! Full of hope. Let that hope come to fruition! 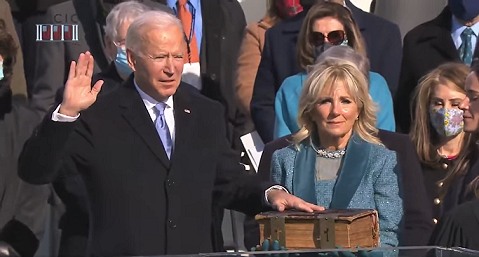 Joe Biden inducted into office with wife Jill holding the bible. Their daughter Ashley looks on.

In all beginning there dwells a magic force. Jedem Anfang wohnt ein Zauber inne. I cannot help but think of this famous line of the poet Hermann Hesse when looking forward to the inauguration of Joe Biden in a few hours from now. Joe Biden’s oath will be a message of healing for a deeply divided nation. And it will be a message of hope for a world that is waiting for the U.S. to be back in the circle of like-minded states. This time-honoured ceremony on the steps of the U.S. Capitol will be a demonstration of the resilience of American democracy. And a resounding proof that, once again, after four long years, Europe has a friend in the White House. . .

. . .This new dawn in America is the moment we have been waiting for, so long. Europe is ready for a new start with our oldest and most trusted partner. And this is why the Commission recently has adopted a new, forward looking transatlantic agenda. And it focuses on where we can together join forces to push for global change – based on our common values, interests and global influence.

From climate change to health, from digitalisation to democracy – these are global challenges that need renewed and improved global cooperation. And the European Union and the United States must lead from the front and bring an alliance of like-minded partners with us. . .

And it was so encouraging that so many U.S. organisations and foundations have helped build and design the COVAX Facility, our global alliance to bring vaccines to the low- and middle-income countries. Now I am looking forward that the U.S. government will join our common effort. . . 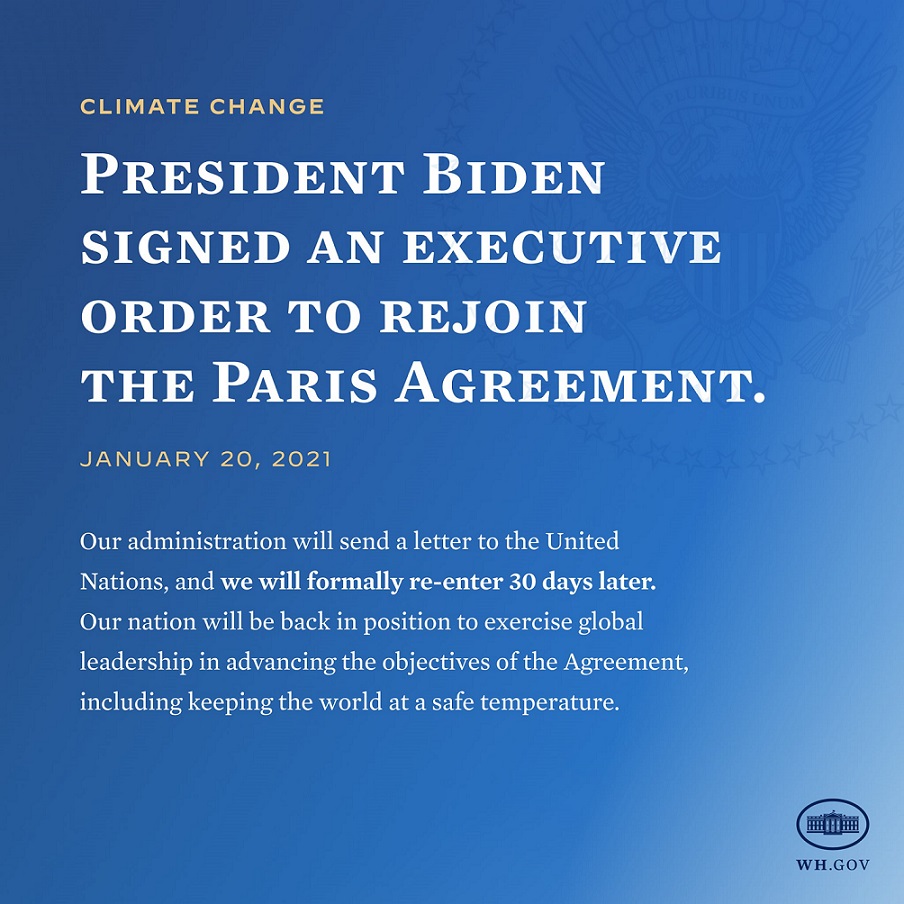 And I am delighted that on day one . . . the United States will rejoin the Paris Agreement. This will be a very strong starting point for our renewed cooperation. And of course, way more is to come. We want to deepen our partnership on emissions trading and carbon pricing. We want to join forces with the United States to fight the loss of biodiversity and the destruction of nature. We want to develop the technologies that will drive us to climate neutrality. It is with this new green tech alliance that we will look forward at everything: From offshore to climate change; from hydrogen that is clean to sustainable batteries and to circular economies that we have to build up to fight this climate change. We will be ready to engage from day one on.

The relief that many of us are feeling about the change of administration in Washington should not blind us to the fact that, although Donald Trump’s presidency may be history in just a few hours, his movement will not. More than 70 million Americans voted for him in the election. Just a few days ago, several hundred of them stormed the Capitol in Washington, the heart of American democracy. 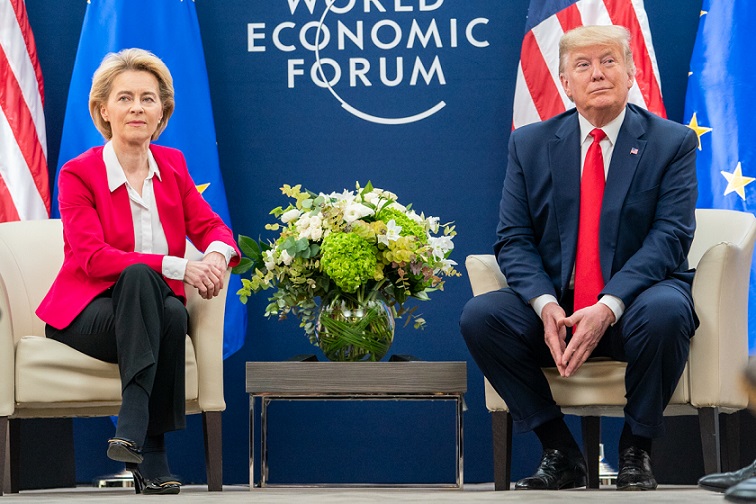 Ursula von der Leyen of the European Union, and Donald Trump of the USA: they didn’t see eye to eye

The television images of that event shocked us all. . . We should take these images . . . as a sobering warning. Despite our deep-rooted confidence in our European democracy, we are not immune to similar events.

On the contrary – Europe is all too familiar with them. . . in Europe, too, there are people who feel disadvantaged, who are very angry.

There are people who subscribe to rampant conspiracy theories, which are often a confused mixture of completely abstruse fantasies. And, of course, we too in Europe see this hate and contempt for our democracy spreading unfiltered through social media to millions of people.

. . . We must make sure that these messages of hate and fake news can no longer be spread unchecked. We must impose democratic limits on the untrammeled and uncontrolled political power of the internet giants.

Since, in a world in which polarising opinions are most likely to be heard, it is a short step from perverse conspiracy theories to the death of police officers. Unfortunately, the storming of Capitol Hill showed us just how true that is. 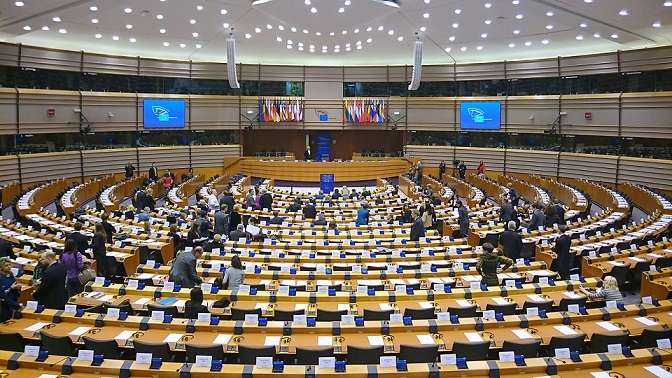 The European Parliament, Brussels: the EU and the US could work together on a digital economy rulebook based not on Silicon Valley decisions but on rules approved by  parliaments

. . . As you know, the Commission launched the Digital Services Act and the Digital Market Act in December. Put simply, we want to ensure that, in future, if something is illegal offline it must also be illegal online. We want the platforms to be transparent about how their algorithms work. We cannot accept a situation where decisions that have a wide-ranging impact on our democracy are being made by computer programs without any human supervision.

And we want it laid down clearly that internet companies take responsibility for the content they disseminate. This point is also important to me: No matter how right it may have been for Twitter to switch off Donald Trump’s account five minutes after midnight, such serious interference with freedom of expression should be based on laws and not on company rules. It should be based on decisions of parliaments and politicians and not of Silicon Valley managers.

It is in this digital field that Europe has so much to offer the new government in Washington .  .  . Together we could create a digital economy rulebook that is valid worldwide .  .  . A body of rules based on our values: human rights and pluralism, inclusion and protection of privacy. 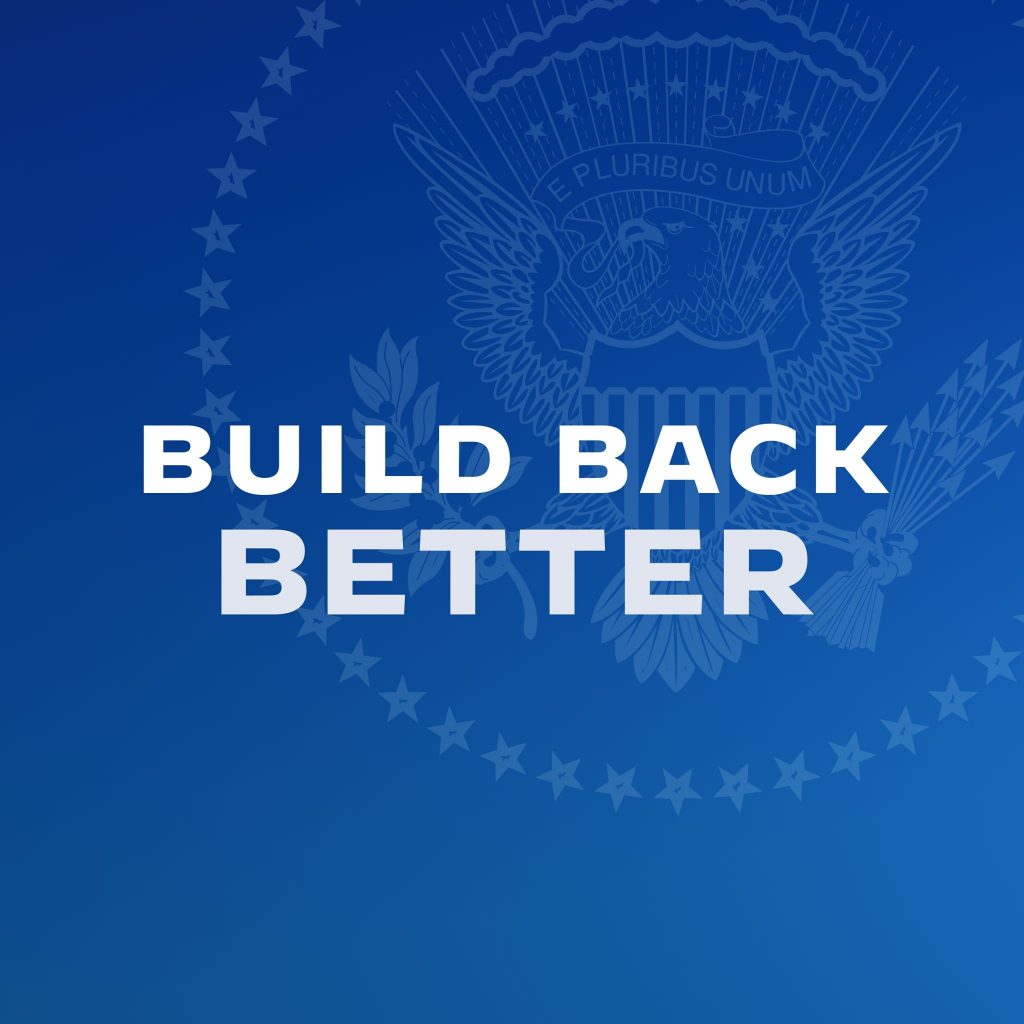 This day brings good news: The United States are back. And Europe stands ready. To reconnect with an old and trusted partner, to breathe new life in our cherished alliance.

Disclaimer: The reproduction of the Van der Leyen speech does not in any way suggest the endorsement of Guidepost by the European Commission. 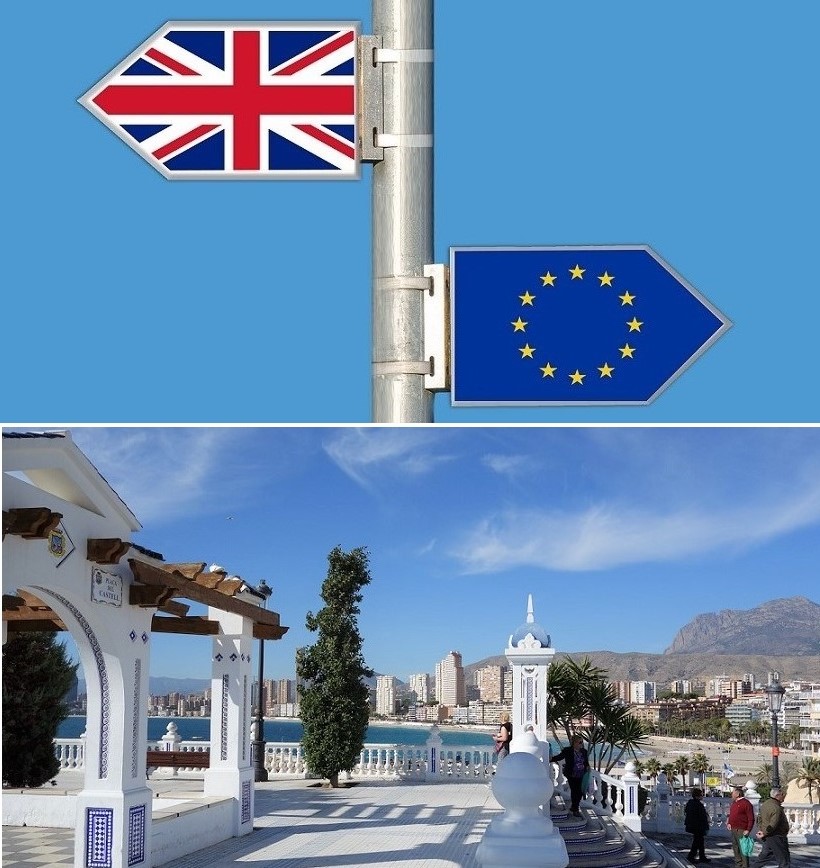 Next article POST-BREXIT: HOW BRITS MAY CONTINUE TO RESIDE IN SPAIN »