ON THE BANKS OF RIO MADRID 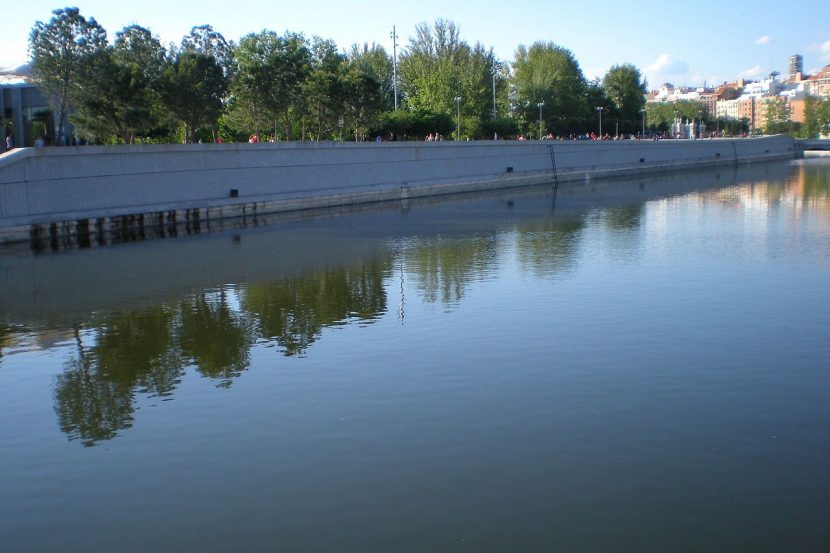 “We’d go down the river, and into the river we’d dive”

Yes, Bruce Springsteen had been here long before the City Fathers had even visualized the whole “River” project. So had singers in the caliber of Shakira, Madonna, Rolling Stones and other topnotch crooners. Fans will remember these stunning performers at the Vicente Calderón Stadium situated on the  Madrid Rio route.

Seven years ago when the City Fathers sat down to figure out how they would create a recreational area right in the center of the town with River Manzanares flowing by, many thought it was like Don Quixote trying to reach the unreachable star! However, miracles can happen and now Madrid has a waterfront with sports facilities, leisure areas, historical landmarks and lots of space to chill out, not least a “beach”!

The River Issue, a Question of History Repeating Itself 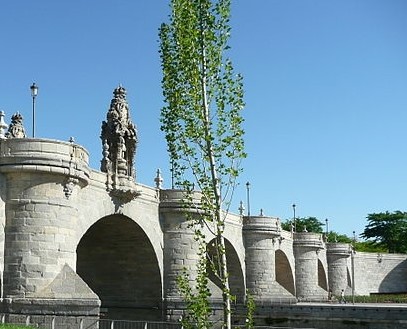 Actually the idea of having a river worth its name can be traced back to the epoch of Phillip II in the 16th century when the sun never set on the Spanish Empire. The powerful monarch did endeavor to turn Madrid into a seaport just to have an easy access to his vast empire. The ruler commissioned Juan Bautista Antonelli, a brilliant Italian engineer who came up with an ingenious idea: widen River Tajo (in Toledo) with a series of dykes and floodgates, and then it would be “smooth sailing” from Madrid to Lisbon.

The project seemed very viable. It was just a matter of time and money. However, Phillip II had other priorities. He was an ambitious man. His priority was the Spanish Armada.

Later, amidst regret and anger, he remarked, “I sent the Spanish Armada to fight against the English, not against God’s winds and waves.” (History has been revised to reflect facts, not fancy, and now it’s known that indeed Philip II’s Invincible Armada had not lost to the English Sea Dogs in 1588 but to the stormy weather, as Philip had always maintained.)

But it wasn’t the end of the “watery” project. In 1641 Caducei, a noted mathematician, presented a proposal for a river to Phillip IV; not that the ruler showed interest in the scheme. He didn’t. Finally, in the 18th century Charles III, the greatest mayor Madrid had ever had, took up the project.

Charles III was a king who fostered art, education and science. Soon the Manzanares Canal was built from the Toledo Bridge right up to Jarama – a distance of ten kilometers. Moreover, during the reign of Fernando VII the canal was extended four more kilometers to Vaciamadrid. Today the Rio Manzanares starts in Guadarrama and flows right up to Vaciamadrid totaling 98 kilometers (60.89 miles).

The River, as in Madrid Rio, Becomes a Reality

In 2004 the project finally got underway in spite of opposition from neighbors and environmentalist groups. The City Hall poured a staggering amount into this project, 400 million euros, approximately 574 million dollars. For months on end tractors and bulldozers were everywhere on the Rio Madrid route. When the engineering work was done trees, shrubs and flowering plants sprouted all over the place. Prairies, bridges, and  wide wooded areas came into sight. Charles III’s dream was turning into reality before the eyes of the Madrileños!

Not only the locals take a stroll on Rio Madrid but also tourists. Unlike pilgrims the Rio visitors do not merely follow a trail but learn a part of the capital’s history along the way.

Chilling Out a Little Farther Away from Downtown Madrid 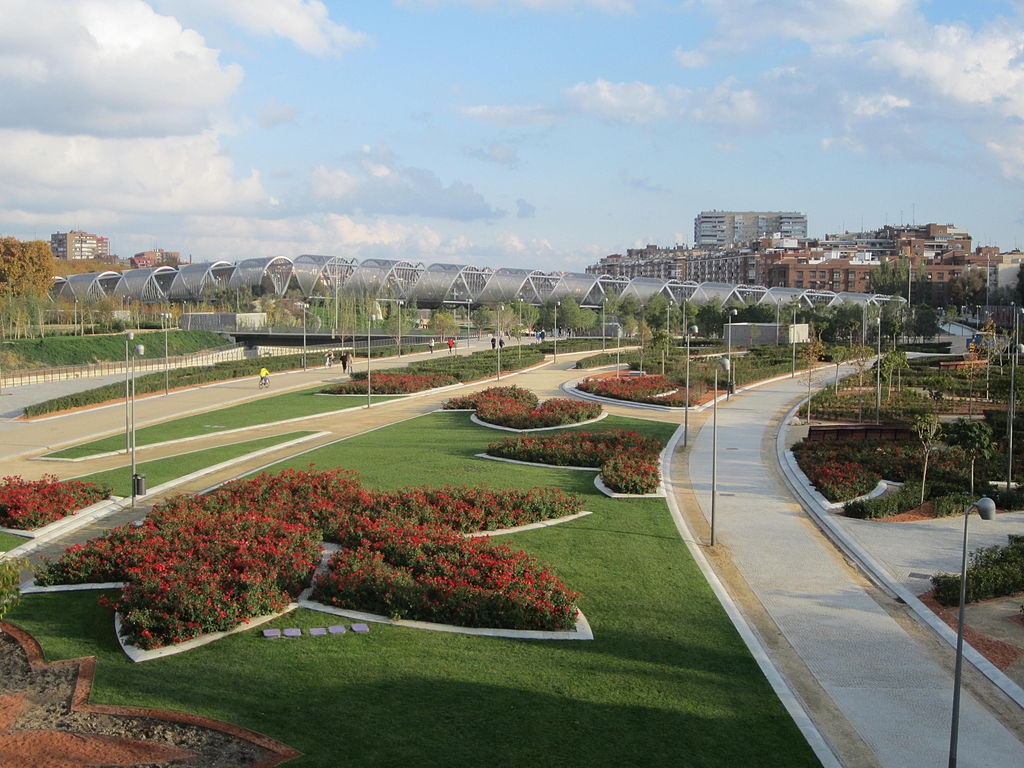 Just the right place to chill out

For those stressed-out souls working in the capital, Rio Madrid is the perfect place to chill out. On a Saturday morning one can bike on the riding paths, go jogging, skating or mountain climbing. If soccer´s your cup of tea there’s a pitch being watered every now and then to make you cool and fresh on a hot Indian summer.

If you want to take life at a slower pace just stroll around, pause, use the observation deck, feel the breeze and listen to the river flowing. And if you want to cool off just get into the water or laze around on a chair at La Playa (the little beach).

And we should thank Charles III for starting this whole business of the river.

He did not let the river just run its course.  Instead he created water – as in the water of Rio Madrid.

Some Landmarks Along the Way

This solid bridge was constructed during the reign of Fernando VII  (1813-1833) to link Campo de Moro with Casa del Campo. Once, long ago, there was a huge orchard here. During the recent makeover 500 fruit trees were planted.

The Ermitage of the Virgen del Puerto de Madrid 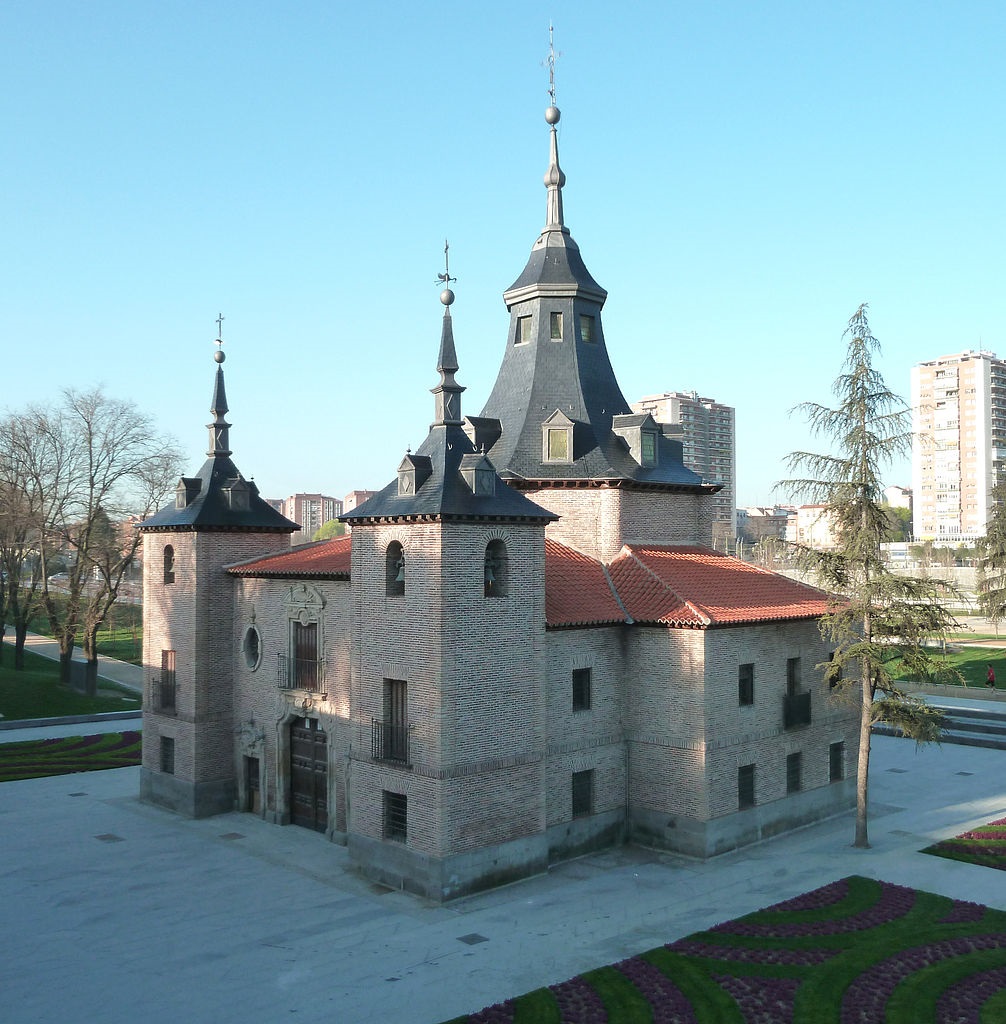 Hermitage of the Virgen del Puerto

Pedro de Ribera’s magnificently executed work, which combines beauty and harmony with the river flowing ceaselessly below.  Commissioned by Don Francisco Antonio de  Salcedo y Aguirre, Marquis of Vadillo, in 1718, while he was serving as the mayor of Madrid, this hermitage had to be reconstructed as it was damaged badly during the Civil War (1936-1939). The marquis himself is interred in the quaint hermitage in a tomb built by the same architect too.

This magnificent bridge was designed by Juan de Herrera, and constructed between 1572 and 1588. .Herrera is famous for the imposing El Escorial, the Monastery outside Madrid.  Recently the bridge was given a thorough makeover: four ponds with fountains and water lilies were added to enhance the view.

It’s the most modern bridge along Madrid Rio. It’s conical, corkscrew-shaped and designed by French architect Dominique Perrault. One of Perault’s major works is the Manzanares Park Center where the Madrid Masters Tennis Tournament is held.

A favorite spot with photographers the bridge can only be used by pedestrians and cyclists.

La Puerta del Rey dates back to the French rule in Spain when Napoleon’s brother José Bonaparte commissioned Juan de Villanueva, the celebrated Spanish Neoclassic architect, to build this architectural wonder. During the Second Republic (1931-1939) the bridge was moved to a safer place.

Following the Madrid Rio project, the “Puerta Del Rey” was restored and returned to its original spot. 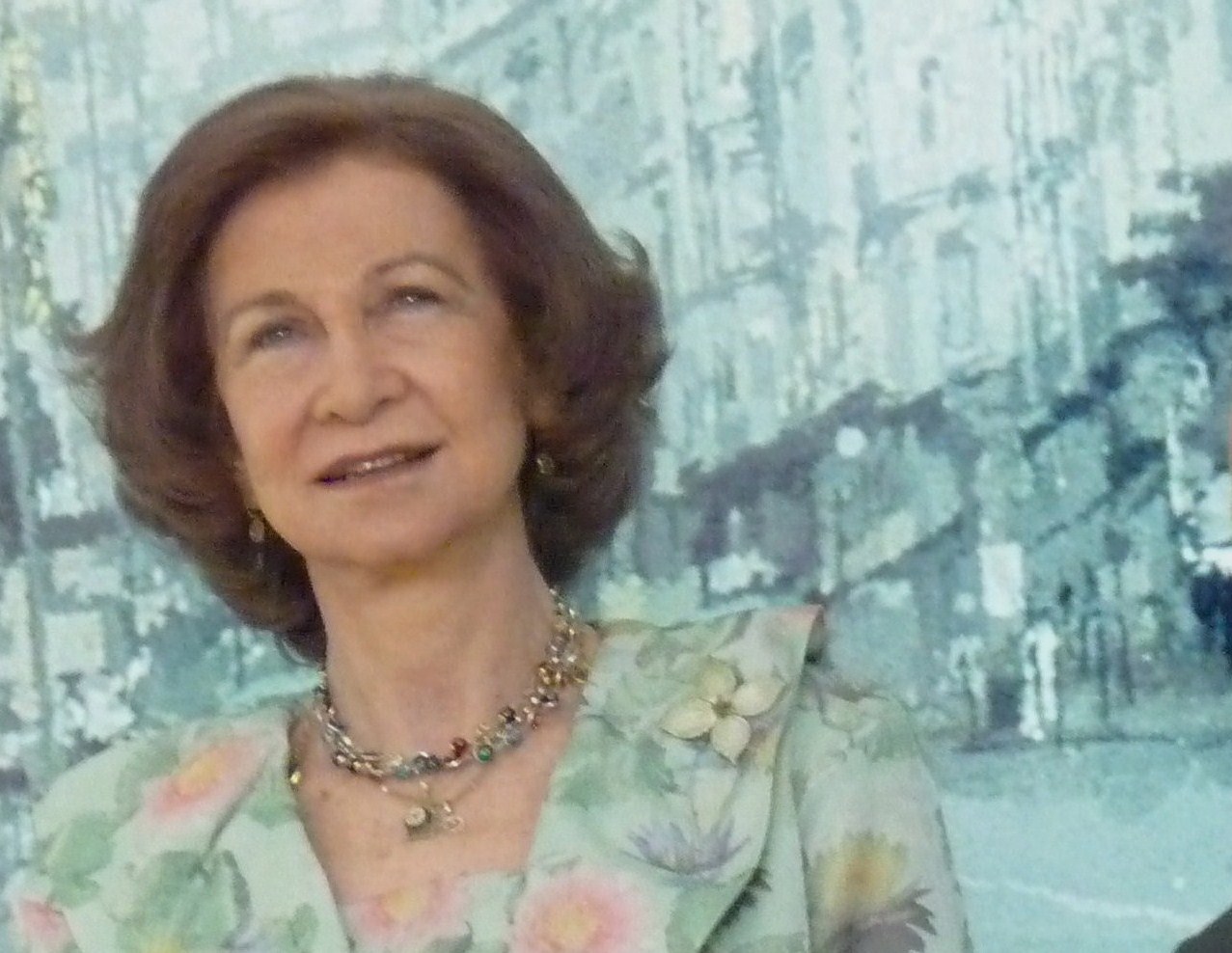 Next article INAUGURATION: WHAT IT TAKES TO MAKE PEOPLE STOP LOOK AND LINGER AT ART EXHIBITIONS »