ON BECOMING A SPANISH NATIONAL, Part 1: History of CCSE and DELE 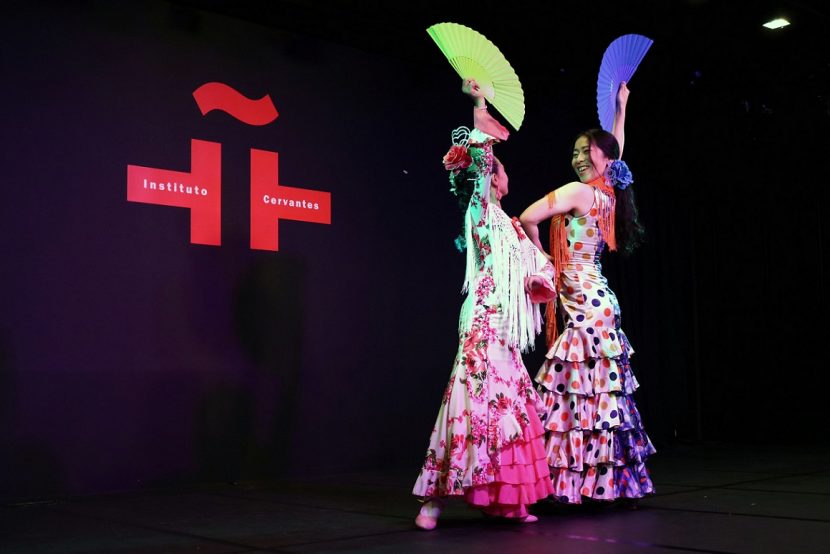 The Instituto Cervantes, which draws up the CCSE and DELE Spanish nationality exams,
celebrates Día E (E Day, an allusion to Español or Spanish) in Tokyo.

Thousands of people yearn to become Spanish citizens every year. Hailing from across the planet, they may seek refuge, financial opportunities, or the simple joys of living in Spain. Regardless of their differences, these hopefuls share similar goals — to pass the necessary exams to be granted Spanish nationality. 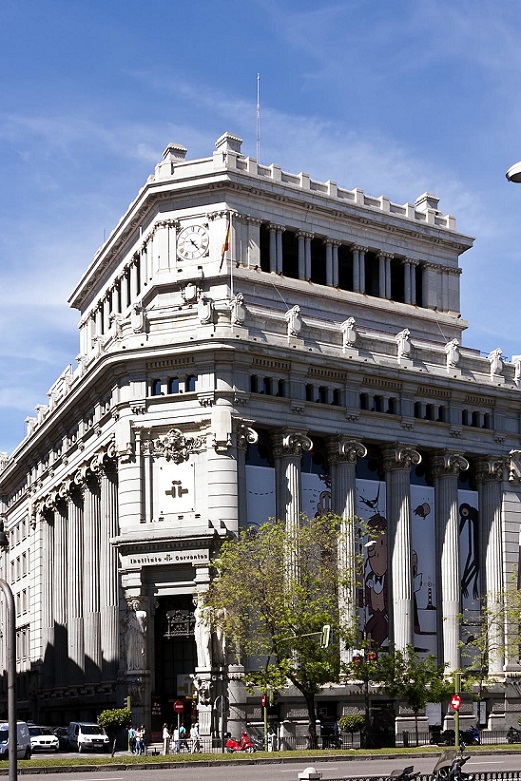 There are two nationality exams, both of which are overseen by Instituto Cervantes, a public institution that promotes Spanish language and culture on a global scale. (Fittingly, the organization is named after Spain’s most important literary figure, Miguel de Cervantes, who penned ‘Don Quixote’ in the early 17th century.) One of the tests, named the CCSE, quizzes immigrants on their knowledge of Spanish government, society, and culture. The other, DELE, ensures that the test takers have a basic grasp on the Spanish language.

These tests were first rolled out as nationality requirements in 2015 by the Instituto Cervantes in collaboration with the Ministry of Education, Culture and Sport. The pre-2015 nationality test included interviews with judges, which sometimes resulted in inconsistent testing, according to Philippe Robertet Montesinos, deputy director of international relations for Instituto Cervantes.

“The interviews weren’t always the same,” Montesinos said, translated from Spanish. “Some were easy, others were more difficult. The level of Spanish wasn’t always the same. For this reason, the government decided to change the regulations.”

CCSE, the cultural component test, stands for “Conocimientos Constitucionales y Socioculturales de España” (Constitutional and Sociocultural Knowledge of Spain). This test has 25 questions, most of which are multiple-choice with three options and some of others are true or false queries. The test is widely regarded as simple if you use the free test preparation provided on the Instituto Cervantes website and app. For some, coming up with the 85 euro test registration fee could be more taxing than passing the exam itself.

The language component test, DELE, stands for “Diplomas de Español como Lengua Extranjera” (Diplomas of Spanish as a Foreign Language). This language exam ensures that applicants have a Spanish proficiency at A2 level or higher. The price of the DELE exam depends on the Spanish level diploma you receive as well as the test location.

This exam is more difficult, according to Montesinos, who estimated that 75 percent of test takers pass DELE, while over 95 percent pass the CCSE exam. But Instituto Cervantes is trying to make the DELE easier to prepare for by offering more transparency about how the test is structured and providing preparation materials online, said Montesinos.

“[Test takers] did not understand the logic of the exam because the DELE exam is a very long exam. It is three hours long, it is several tests, and some tests are difficult to understand,” Montesinos said, in an interview translated from Spanish. ““The online preparation is not a course for learning Spanish, it’s a course to teach you how the test is formatted.”

A street in the historic Jewish quarter of Toledo, Spain.

The Sephardic people are a unique case because of their dark historical relationship with the Spanish authorities. Over 500 years ago, Spain had one of the largest Jewish communities in the world, according to an article from The Atlantic. During the Spanish Inquisition, however, these people were forced to either convert to Catholicism or leave their home country. Historians debate over the number of Jewish people expelled from Spain during this time; the estimates range from 40,000 to 100,000 or more, according to the same article from The Atlantic.

In 2015, the same year the nationality exam regulations were altered, the Spanish government attempted to make amends for this tragic expulsion. Today, any descendants of the Sephardic Jews expelled from Spain have the option to apply for Spanish citizenship without living in Spain or renouncing their current citizenship. Sephardic Jewish applicants over the age of 70 are exempt from taking either the CCSE or DELE, due to the learning difficulties that inherently come with age, according to Instituto Cervantes’ website.

The number of test takers from the UK began to rise significantly after the referendum on Brexit.

Data provided by Instituto Cervantes shows growing numbers of CCSE test takers. In 2019, there were 118,572 individuals who registered to take the exam. The number of test takers from the United Kingdom, specifically, began to rise significantly after the referendum on Brexit in 2016, according to Montesinos. Before then, he said, the number of British people applying for Spanish nationality was fairly low despite the fact that the UK is the country with the third largest number of its nationals (300,000) living in Spain. 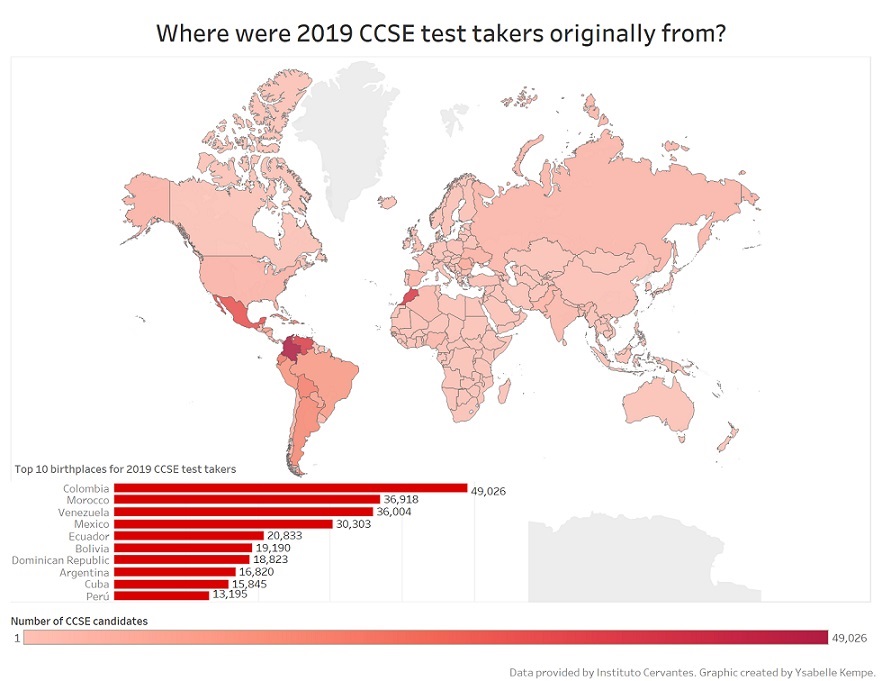 The rising number of test takers proves that Spain beckons to many foreigners.. But before they can officially call themselves Spaniards, they must be ready to hit the books. ¡Buena suerte!

Stay tuned for the second part in this series to meet this year’s CCSE and DELE test takers. 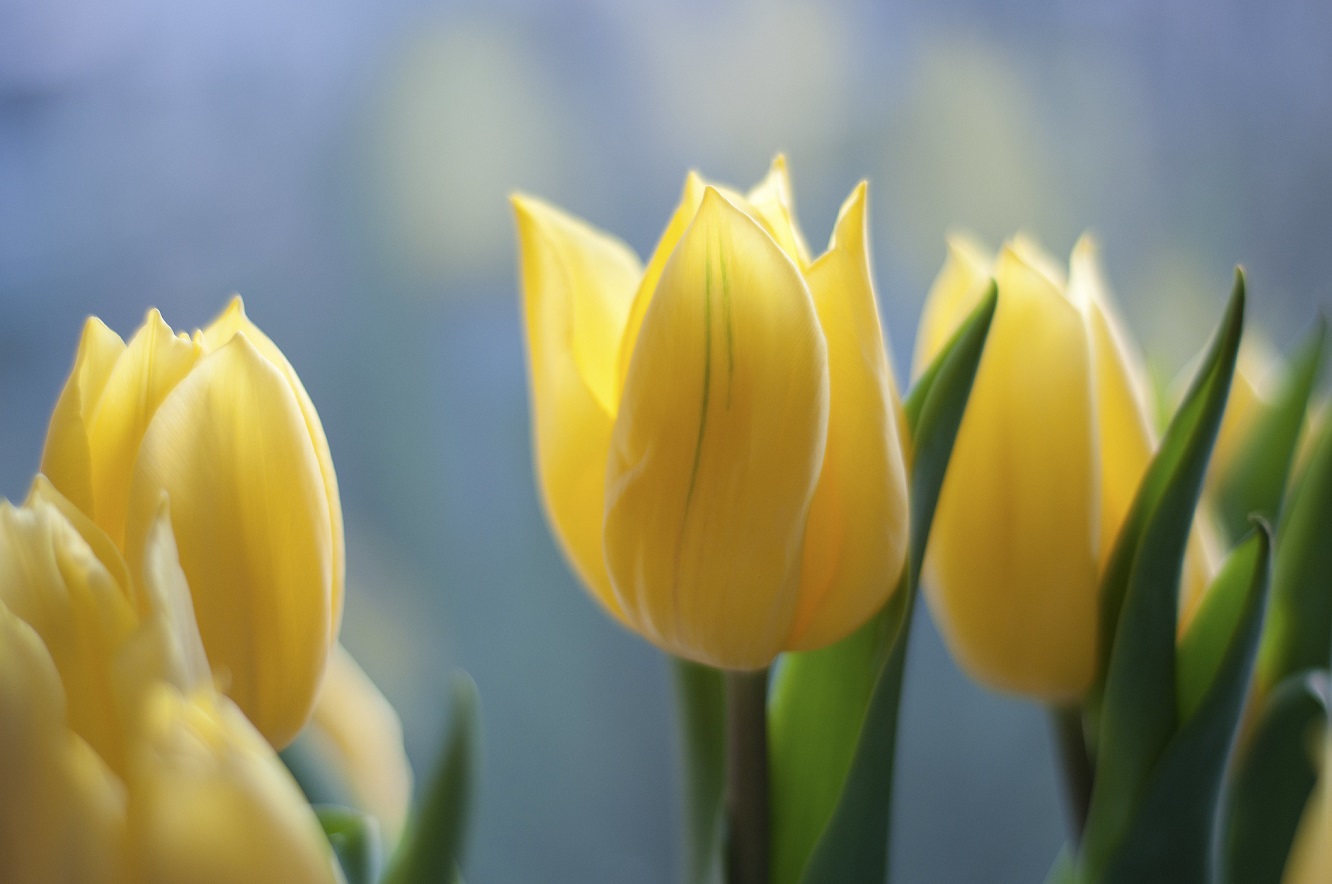 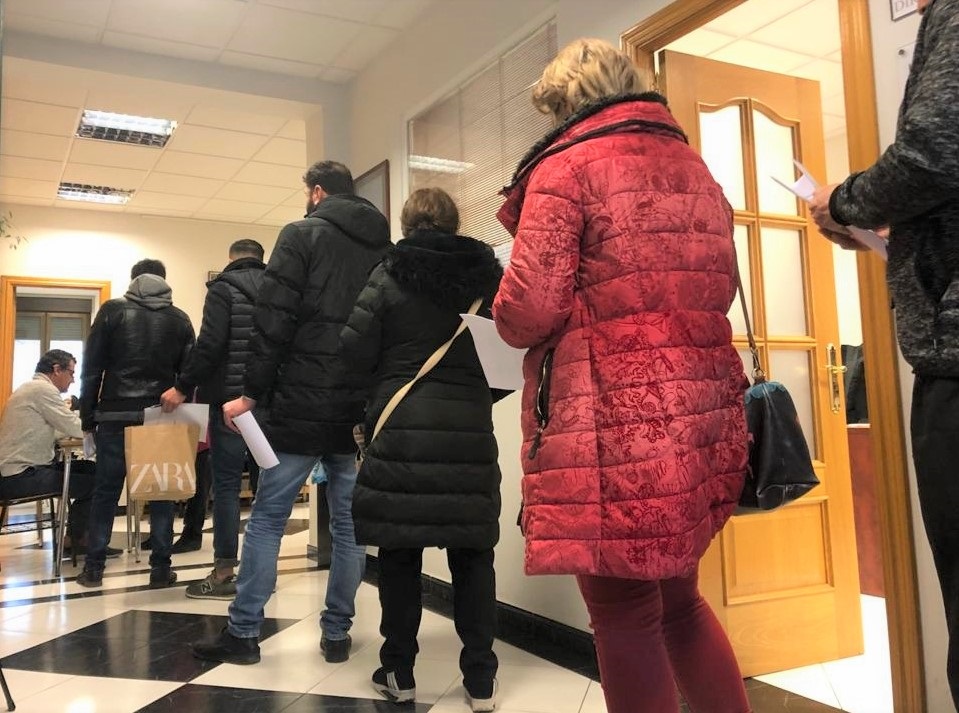 Next article ON BECOMING A SPANISH NATIONAL, Part 2: Experiencing the CCSE and DELE, An Opportunity of a Lifetime in Spain »