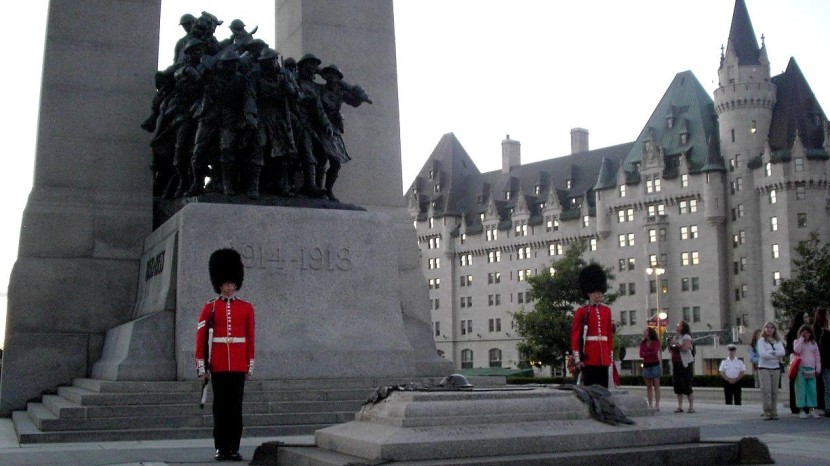 It took us by surprise. Canada, America’s peaceful neighboring nation to the north, was under attack by Islamist terrorism.

First, a recent convert to Islam killed a Canadian soldier and injured another in a hit-and-run before being shot to death by police. His passport had been seized by authorities when he had tried to travel to Turkey on presumably Jihadist ambitions.

Then, on October 22, a Canadian soldier standing guard at Ottawa’s National War Memorial commemorating World War I, was shot point-blank and killed by a shooter dressed all in black with a kerchief over his nose and mouth and a covering on his head.

The shooter ran up the street toward Parliament Hill and entered the building where Members of Parliament were holding their weekly caucus meetings. At least 30 shots were fired inside Parliament, but a spokesman for Prime Minister Stephen Harper said he was safe and had left Parliament Hill. The U.S. Embassy and the entire area was locked down as a precaution.

The shooter has preliminarily been identified as Michael Zehaf-Bibeau and was fatally shot by the Parliamentary sergeant-at-arms.

Canada had raised its domestic terror threat level from low to medium Tuesday because of an “increase in general chatter from radical Islamist organizations,” said Jean-Christophe de Le Rue, spokesman for the Canadian public safety minister.

Officials canceled two events in Toronto honoring Pakistani teenager and Nobel laureate Malala Yousafzai, one in which she would receive honorary Canadian citizenship. The teenager had been shot in the head by a Taliban gunman in 2012 for her stance on education for girls.

Ottawa Hospital said it received two patients from the shooting spree, both listed in stable condition, in addition to the murdered soldier.

Canada has been participating in the international coalition against ISIS. The internet chatter from Islamist terrorist groups seem to be targeting military and police personnel.

PHOTO CREDIT
Featured image: The Canadian Tomb of the Unknown Soldier at the base of the National War Memorial where the first shooting took place. Photo by Leafsfan67  (http://en.wikipedia.org/wiki/User:Leafsfan67). PD