NOBLESSE OBLIGE AT THE RASTRILLO

In this day and age of democracy, elected leaders reign supreme. They must, being representatives of the sovereign people.  But if this is so, then hereditary monarchy is anachronistic. Yet in Spain the head of the reigning Bourbon dynasty gets to be Head of State as a royal prerogative.

The incongruity of the hereditary Headship of State is, however, resolved by the fact that while Spain is a parliamentary democracy it is also a constitutional monarchy. The king reigns because the Constitution allows him.

And to make the situation even less conflicted, the extended Spanish royal family enjoys a comfortable margin of popularity despite occasional scandals involving some of its members. Make that Iñaki Urdangarin, husband of King Felipe VI’s sister, the Infanta Cristina.  Urdangarin has been tried in court for corruption and embezzlement and is awaiting sentence.

The majority of the Bourbons are as discreet as they are exemplary. One such is HRH Infanta Doña Pilar, Felipe’s 80 year old aunt. During the year, the Spaniards hear very little about her until the season of the charity bazaars, harbingers of Christmas, arrives. She is then propelled to center stage as the Honorary President of the non-governmental Nuevo Futuro Assocaition for homeless children.

Nuevo Futuro operates more than one hundred homes and shelters for children in Spain, Portugal, Colombia, Peru and the Democratic Republic of São Tomé and Príncipe. Its biggest fundraiser is the Rastrillo, one that takes a year to prepare and keeps the association on its toes that long, albeit beyond the range of media cameras.

But shortly before and for the duration of the Rastrillo the media coverage becomes constant, generating enormous public interest.  The Rastrillo in Madrid is being held these days (19 – 27 November) in the Palacio de Cristal at the Casa de Campo (literally Country House). Hyped by its own website as the best pop-up retail in Madrid – and not without reason too – the Rastrillo, with its seventy-something stands this year, is able to count on 1000 volunteers. Some of these are top crowd-drawing celebrities of the social, cultural and bullfighting sectors, not to mention members of the aristocracy of Spain as well as other countries including Russia.

Doña Pilar’s crucial honorary presidency in Nuevo Futuro ensures visits of the Spanish royal family to the Rastrillo. Queen Sofia, wife of abdicant King Juan Carlos I, consistently the most popular member of the royal family, comes every year. Recently Queen Letizia, wife of Felipe VI, has been putting in an appearance too. And – surprise surprise – King Juan Carlos, who has been popular with his subjects until 2012 when it was discovered that he went elephant-hunting in Botswana while Spain was being battered by the economic crisis, showed up for the first time ever last year.

Doña Pilar was understandably elated. The old king, who has now regained his popularity and the esteem of his people, donated some of his clothes which became the best selling items in the Rastrillo.  The bazaar deals in gastronomy, antiques, fashion accessories, clothes and home décor. And it helps immensely that the royals and their aristocratic brethren come, donate and buy.

Nearly half a century of experience ensures the success of the Rastrillo. However, this year something totally unexpected occurred just days before it opened its doors to the public: the Mayor of Madrid, Manuela Carmena, decided to make Nuevo Futuro pay for the use of the publicly-owned Crystal Palace which in previous years was lent rent-free on account of the event being a charity bazaar.

For a while Nuevo Futuro wavered between scrapping the nine-day week event and going ahead with it, rental and all. They opted for the latter. How ever big the blow might have been not only financially but also as a political and social affront, Doña Pilar and her organization accepted the mayor’s decision gracefully. The bazaar must go on. The homeless children need the Rastrillo. 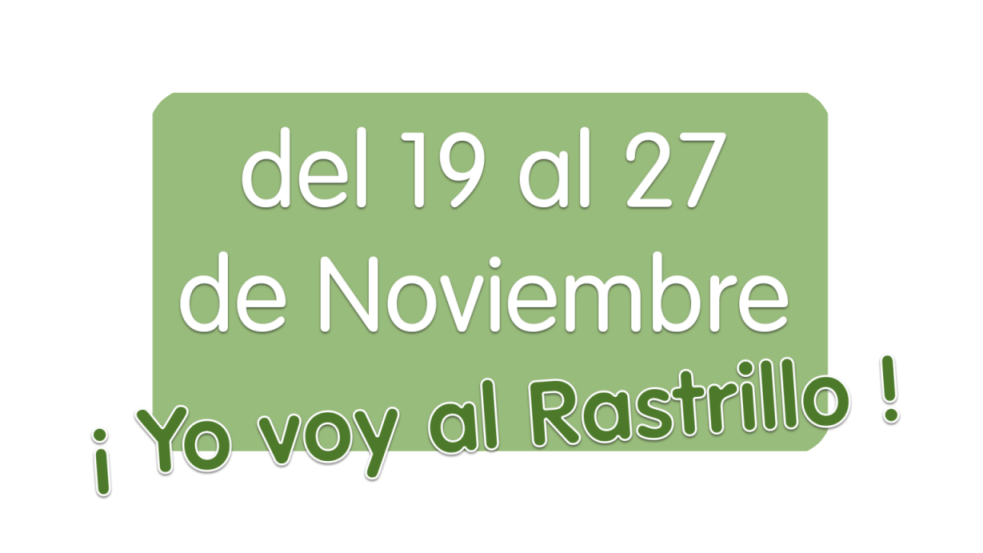 Next article LOST AND FOUND IN MADRID: PART II »