NO TWO WAYS ABOUT IT, REAL MADRID IS THE CHAMPION !

For those who aren’t familiar with European football (are there such people?), Spain’s Real Madrid CF is, as of Saturday, 26 May, the winner of the UEFA Champions League. The yearly continental club football competition, organized by the Union of European Football Associations, is UEFA’s highest-profile club game. 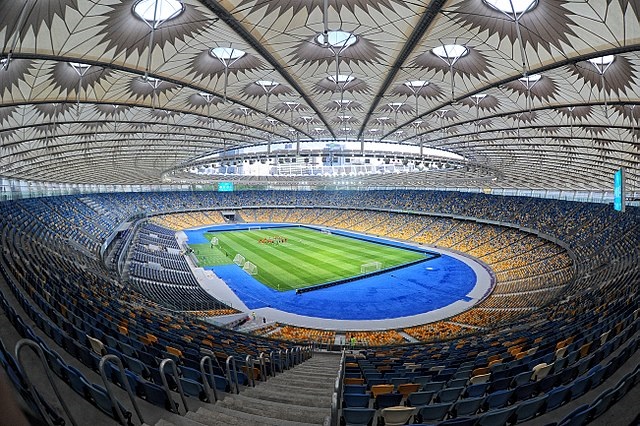 The Real Madrid-Liverpool FC final match this year was held at the Olympic Stadium in Kyiv, Ukraine’s capital.

A qualifier for the UEFA Super Cup and the FIFA Club World Cup, the Champions League was founded in 1955 as European Cup. It is exclusive to Europe’s top-division clubs. This means it is the head-on clash between the world’s 32 best football teams. The Champions League Final is considered one of the biggest games on this planet!

Real Madrid is not just the champion in 2018. It has set a record for having won the championship three times in a row: in 2016, 2017 and 2018. (During the European Cup era, which preceded the inception of the Champions League in 1992, Real won five straight titles: 1956-1960 inclusive. This will forever be an unbeatable record.)

Moreover, Saturday’s win was Real’s 13th Champions League title! By sheer numbers, it is the most successful club in Europe. No other top-division European club has matched those solid dozen + 1 wins.  Milan is a poor second to Real, with seven wins. Liverpool is fifth, with 5. No wonder some in the sport rate Real the greatest team of all time. 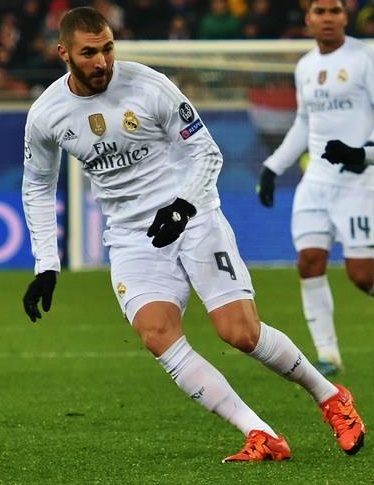 Benzema: the first to score

On 51 minutes, Real’s Karim Benzema intercepted the ball from Liverpool and goaled, which seemed to augur the team’s exciting victory against their co-contender. But just 4 minutes later Sadio Mané evened out Real’s initial victory, bringing the score to 1–1.

On 64 minutes, Gareth Bale overhead-kicked the ball into the net for Real. Stunning!

Seven minutes before time was up, the 28-year old Welshman’s 40-yard long shot packed Liverpool in for the match. Loris Karius, the goalkeeper of the team in red, sobbed his heart out on the grass.

Man of the Match 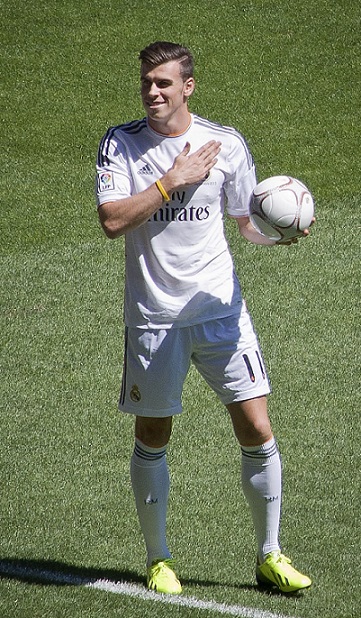 Bale at his presentation by Real Madrid in 2013. In 2018, he clinched Real’s European championship

At the Champion’s League Final, UEFA’s technical observers vote for their Man of the Match, the best of the best players, based on how much the player has contributed to his team’s victory (e.g., goals, assists, saved penalty), his pivotal role on his team, overall performance and, why not, the observer’s personal opinion. It isn’t a hard and fast rule but the Man of the Match is typically the outstanding player from the winning team.

Gareth Bale, who came to the match as Real’s spare and didn’t enter the game until the 61st minute, has been named the UEFA Champions League Final Man of the Match after scoring twice. As the coach of Danish football club Aalborg Boldklub, Peter Rudbæk, said on behalf of the technical observers: “The observers chose Bale due to his game-changing display off the bench and his outstanding acrobatic goal to put his team ahead.”

Bale is the first-ever substitute to net twice for his team, upstaging even Cristiano Ronaldo during the match. Ronaldo, who was last year’s Man of the Match, was widely thought to be the man this time too. It wasn’t to be.

Previous article « “Tea at Midnight,” A Tale of the Night-Shift Office Worker