Barcelona is still the third most important city in the world in terms of number of
congresses and there have been no cancellations or changes of venue
for the coming months. Airline bookings for the next
three months continue to increase

The Minister for Energy, Tourism and the Digital Agenda, Álvaro Nadal, has highlighted the wonderful image of Barcelona, and Spain as a whole, as a safe destination following the recent terrorist attacks. At the end of August, the minister met representatives of the tourist sector in Barcelona to discuss the current situation. He also held separate meetings with the Regional Councillor for Business and Knowledge, Santi Vila, and the Deputy Mayor of Barcelona, Jaume Collboni.

The minister noted that it is still early to determine what effect the attacks will have, although he pointed to the speed with which the city has returned to normal. The government maintains a prudent and moderate optimism with respect to its forecasts. Except in extremely isolated cases, he stressed, the reservations of hotel beds in Barcelona and tourist packages in practically all the emitting markets have not been affected. Airline bookings for the next three months also continue to increase.

Nadal recalled that Barcelona is still the third most important city in the world in terms of the number of congresses and there have been no cancellations or changes of venue for the coming months.

As the minister has suggested, the international media and social networks have appreciated the good image projected by Barcelona abroad at all levels, in terms of solidarity, policy effectiveness and attention to the victims of the terrorist attacks. Álvaro Nadal guaranteed that the government will continue to work with all the public authorities to ensure that the image and vitality of the city will not be affected.

Finally, the minister praised the influence of the Barcelona brand as the most important within Spanish tourism. Proof of this is that Catalonia was once more the main destination for tourists in July, with 24.3% of the total, or over 2.5 million inbound tourists. According to recently published data about the arrival of inbound tourists, last July 10.5 million visitors came to Spain, 10.1% more than in the same month in 2016. In the first seven months of 2017, the number of tourists visiting the country increased by 11.3% to 46.9 million. 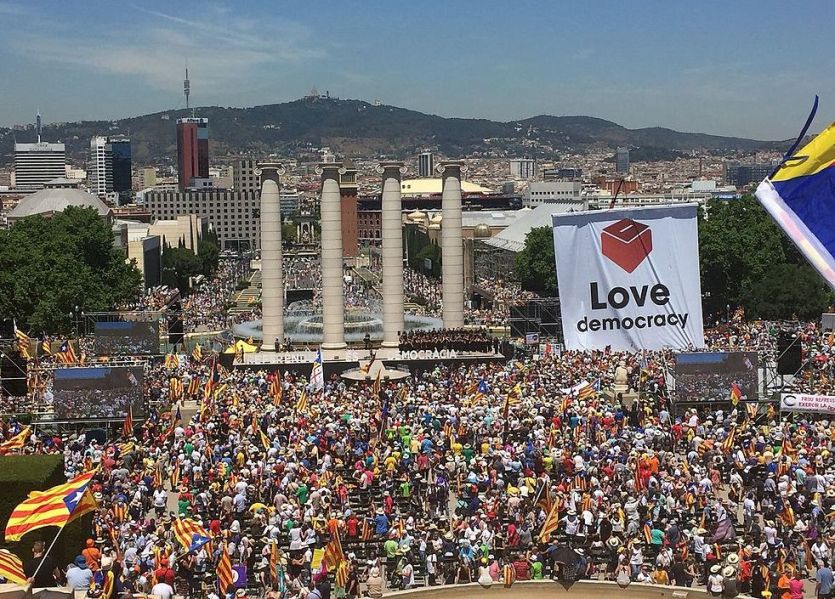