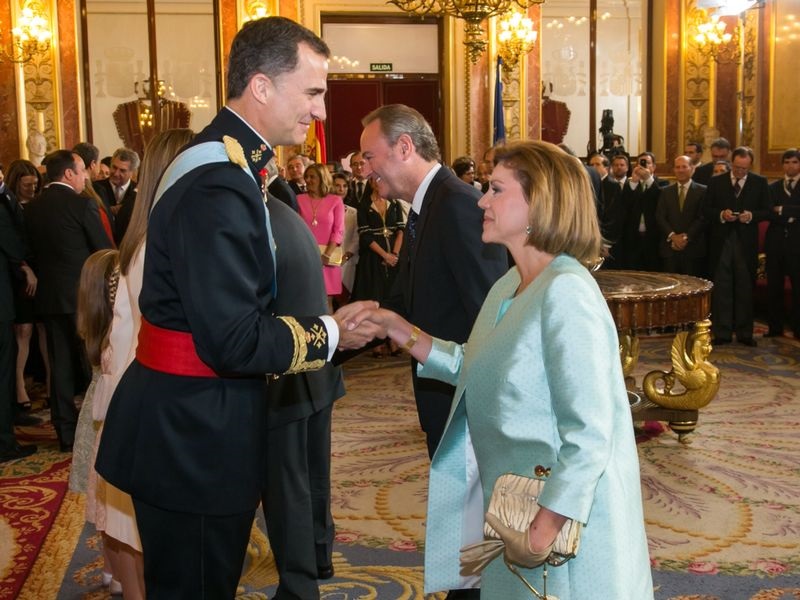 Philip VI on his proclamation as King of Spain at the Royal Palace in 2014, shown here with the then President of the Autonomous Community of Castilla-La Mancha, Maria Dolores
Cospedal. Less than a year later, the new King would visit France
to improve the relations between the two countries

In the wake of the recent spectacular State Visit by the French President Emmanuel Macron with U.S. President Donald Trump in Washington, D.C., in which the two expressed the deep friendship between their countries and Macron tried to convince Trump to reconsider his stand on Global Warming, one has to wonder how Spain’s relations with France are faring in New Age Spain.

Spain’s dance on the world stage got rave reviews as democracy returned to the country after the relative isolationism of the Franco years, which ended with General Franco’s death in 1975. Spain thus entered the European Community and joined the NATO allies in 1982. 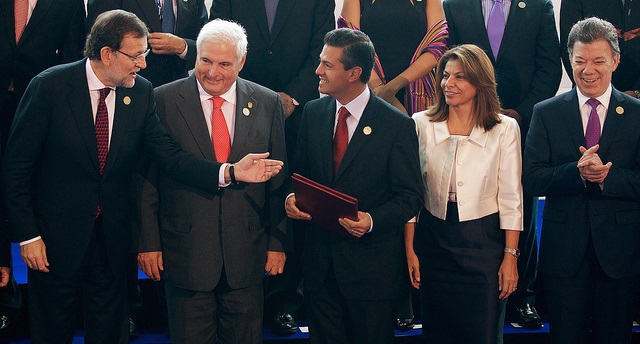 The Prime Minister of Spain, Mariano Rajoy (left), attends an Ibero-American Conference of Heads of State and Governments (Ibero-American Summit) held in Panama

Spain has maintained its special identification with its fellow Spanish-speaking countries, emphasizing the concept of an Ibero-American community linking the Iberian peninsula to the Spanish-speaking countries in North, Central, and South America through language, commerce, history, and culture. Spain maintains economic and technical cooperation programs and cultural exchanges with Latin America, both bilaterally and within the context of the European Union.

Not surprisingly, Spain has also gradually begun to broaden its contacts with sub-Saharan Africa, particularly with its former colony Equatorial Guinea with aid programs. Madrid also has sought closer relations with Senegal, Mauritania, Mali and other nations to find solutions to the problem of illegal immigration to the Canary Islands.

Furthermore, Spain is well-known as a Mediator in the Middle East, frequently supporting Arab positions on Middle Eastern issues. Gas and Oil imports are a Spanish priority; several Arab countries have substantial investments in Spain.

Spain’s three European neighbors, France, Andorra, and Portugal, have grown to have positive relations with New Age Spain, within the E.U., easing periodic trade frictions. French-Spanish cooperation on the Basque question has helped cement ties between these two countries, while the United Kingdom and Spain still are differing on the issue of Gibraltar. They maintain good and productive relations between them otherwise.

Opening up to relations with East Asian countries is the next focus of Spain’s international policies, including such countries as China, Japan, South Korea, Thailand, Indonesia, Vietnam, and Malaysia. The Philippines continues to have cultural ties with Spain as one of its former colonies.

As neighbors who share a common border along the Pyrenees Mountains, Spain and France have dealt quite a bit with each other over the centuries. Their back and forth relationship includes the Franco-Spanish War in 1635 when French king Louis XIII felt the Habsburg territories, including Spain, threatened his kingdom. In 1659 the Treaty of the Pyrenees ended this war and ceded the Spanish-possessed Catalan county of Roussillon to France, which had supported the Principality of Catalonia in a revolt against the Spanish Crown. After the Philip IV of Spain defeat, Marie-Therese of Austria, Infant of Spain, was married to the King of France, Louis XIV. 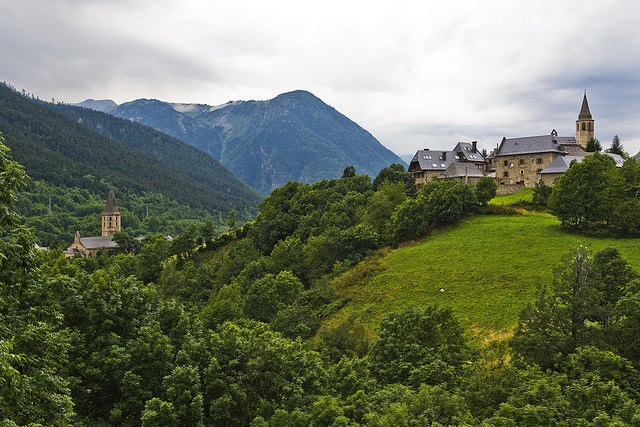 The Valley of Aran in the Catalan province of Lleida, on the Spanish side of the Pyrenees mountains

In 1701, after the death of the last Habsburg King of Spain, Charles II, the French House of Bourbon, led by Louis XIV, staked a claim to the Spanish throne. The war ended with the Bourbon Philip V being recognized as King of Spain. The House of Bourbon remains on the throne of Spain to the present day, reinstated during the Franco years and confirmed by the new Spanish Constitution.

After some very tumultuous years in French-Spanish relations, King Philip VI of Spain made an official State Visit to France in March of 2015 to improve relations with that country which is one of Spain’s largest modern trading partners.

As members of the G6, a group of the most important countries of the European Union which includes Germany, Italy, and Poland (Brexit has changed somewhat relations with the UK), now France and Spain cooperate in the areas of defense, economic development, and the European Constitution.

A Eurostat publication estimates that some 122,385 French citizens live in Spain, and some 128,000 Spanish citizens live in France, while some 144,039 people in France were actually born in Spain. Pablo Picasso, the world-renowned Spanish artist, was resident in Paris from 1901 to his death in 1973. Many of his works can be seen in the Musee Picasso in the French capital.

The First Ladies of France and the U.S., Brigitte and Melania, sparkled at the sumptuous State dinner held in honor of the visiting French President, and U.S. President Donald Trump waxed eloquent in praise of the long-lasting friendship between the two countries, through two World Wars and to this very day. But French President Macron didn’t hesitate to criticize the U.S. on its current stand on the Paris Climate Accord, and he predicted that, eventually, Mr. Trump would change his mind on that issue.

If the way to a man’s heart is through his stomach, then I say: “Bon Appetite!” (Buen Provecho!)
*Reference: Wikipedia 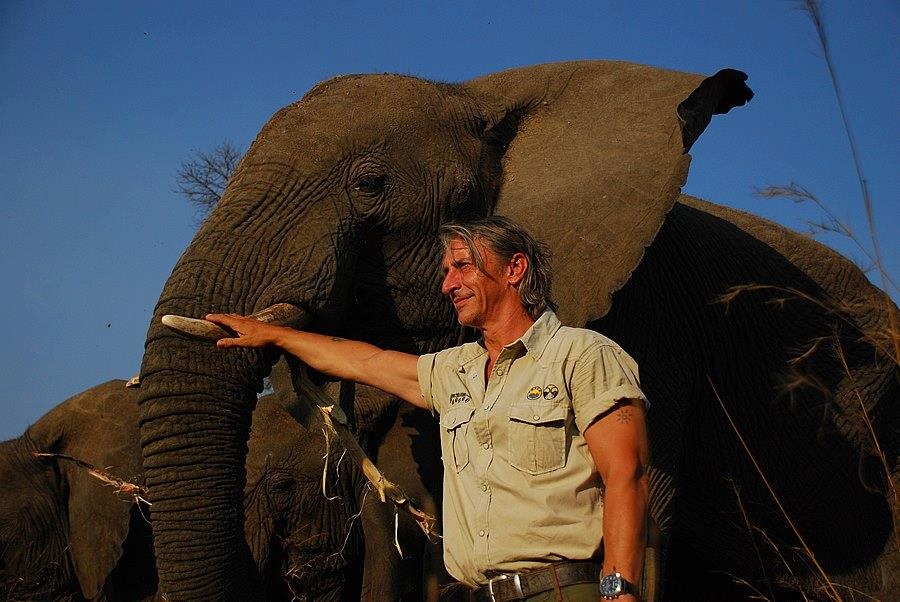 Previous article « PASSION OF SUCCESS IN A WORLD OF WONDERS: AN INTERVIEW WITH GIANNI BAUCE, Part 1

Next article SCENES OF DOS DE MAYO IN TODAY’S MADRID »