NATIONAL BEVERAGES BACK TO BACK – 1: Turkey’s Raki and Spain’s Sangria 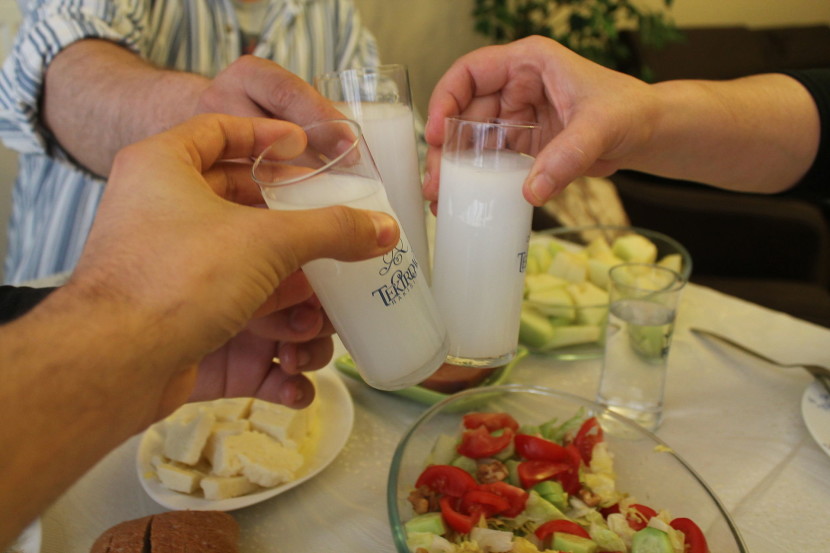 The Drink of Wrath and the Booze of Joy and Dance

Countries have their respective “national drinks.” The question is, does the drink really reflect the characteristic features of its people so that it deserves to be called “national drink” or is the drink assigned defining characteristics that they actually do not have? When you talk about Sangria, you know that the topic is Spain. No one can deny the fact of Rakı’s belonging to Turkey. And when you want to sip some “good” wine you would normally turn to France and Hungary. Ouzo (ούζο) shouts out the name of Greece.

We people around the world love being ardent nationalists even when talking about alcoholic beverages: “Have fun but don’t forget that you’re sipping the wine of my native land, you skunk!”

Jokes aside, you just can’t mention ouzo while you’re in the same room with a Turk even if these two beverages (rakı and ouzo) have a lot in common and the significant difference might only be the percentage of alcohol content in each. In this blog, I will try to make a comparison between Spain’s sangria and Turkey’s rakı as well as finding a connection between the two drinks and certain characteristic features of their people.

There is a tradition in Turkey that says that once drinkers uncap the bottle there is no limit to the political issues they could take apart because they’re there around the table to save the nation. Unlike other drinking cultures where they drink and be merry, Turkish people turn to their rakı when there is something woeful  waiting to be talked about; no one can sit silently around a rakı table. Not surprisingly,  the national drink of Turkey, which is deeply integrated with “arabesque culture,” is hard and bitter. Turks drink it to vomit out grief and  heartache, and for patriotic reasons.

Too strong without water (from www.fethiyedays.com)

Abroad, raki is served sek in shot glasses; however it is such a strong drink that inside the borders of its mother country water accompanies rakı in the same glass or in another glass placed beside the raki. Morever, if anyone can’t abide by the speed-amount limit, you might be in for a nasty surprise, namely alcohol coma. I have a theory that we Turks have developed immunity to this bottled atom-bomb, unlike foreigners; I haven’t seen any of the latter finishing the night sober and unadventurous. Not with some rakı in their belly anyway.

With a 45% alcohol content, raki is not a digestive, but there are always side dishes which would never leave the rakı alone. The average time to finish a 70 cl bottle shared by 4-5 people is three to four hours. This reminds me of the food addiction in Turkey; Turks really love eating as much as they adore a well constructed gossip; and they love their rakı which would not ever leave them alone while enjoying both.

And now, let’s train the arrows on sangria! Every year a lot of visitors come to Spain to taste some native stuff, and sangria is one of the most popular choices along with paella. I first heard of sangria while I was doing my Erasmus in Italy, in one of those botellon (binge drinking) nights organized by Spanish friends. It has a markedly sugary taste and thus diametrically opposed to the bitter raki. Alcohol percentage is also way much less; after five to six glasses I feel a little tipsy but I’m still able to hold the paella inside my belly.

Hot-blooded Spanish people are likely to sip sangria since it’s the kind of  drink that goes well with the spicy music; it is the booze of joy and dance. I read that it was invented by the Romans more than 2000 years ago. Back then, they had vineyards in the Iberian Peninsula (they still very much do, of course). The Romans couldn’t consume the bacteria-infested water  straight so they poured some alcohol into the water.

The first sangria (sangría comes from “sangre” which means blood, thanks to its dark red color) was a mix of water, wines, and various herbs and spices that were added to conceal the mediocre quality of table wine and to kill the bacteria. Today’s sangria doesn’t follow a strict recipe. It is a wine punch (red or white) to which different kind of fruits (strawberry, mango, lemon, etc.) are added.  I think this reflects the Spanish people’s love for diversity. For example, the Turks enjoy a widely varied cuisine but  Turkish tradition demands that each dish have one and only recipe for a perfect taste.

The Spanish blood, in contrast, enjoys throwing everything into their dishes. Even paella is cooked with thousands of different ingredients and ways (OK I’m exaggerating here). Sangria keeps its alcohol content approximately between 4% and 12%, not the “drink of wrath” like the 45% of our little friend: just grab one and enjoy the party, don’t worry be happy.

Sangria may also be prepared at home which means you could use more organic ingredients and is therefore less unhealthy.

Now here’s a dire warning and better sit up and listen: Do not ever try to prepare rakı at your home even if you’ve gotten hold of the recipe one way or another because, as I know, the whole country had once witnessed a wave of furtively produced “fake raki.” Result?  Newly blinded eyes and brand new dead bodies!

Begümnaz is passionate about all forms of art,  lives her life as a drummer and an abstract painter would, and is a polyglot. Begüm speaks English, Greek and Italian besides Turkish, her native tongue. Languages and different cultures are her other passions. 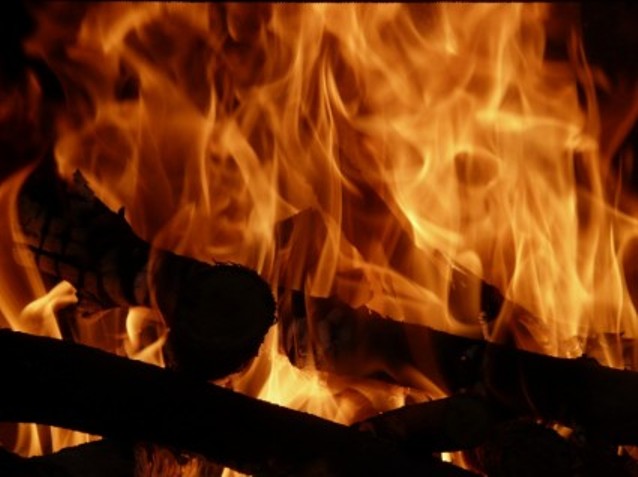 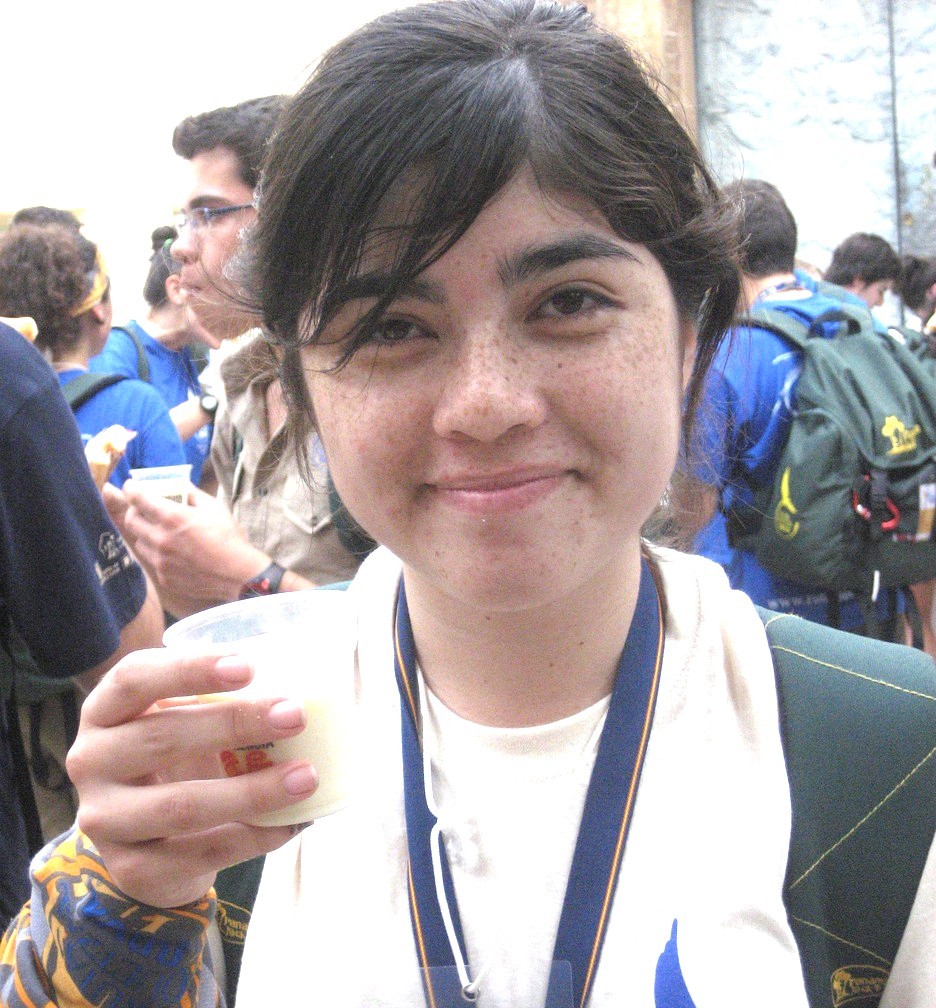 Next article NATIONAL BEVERAGES BACK TO BACK – 2: The Spanish Horchata was Born in the Egyptian Pyramids »