The Global Street Band is in the Making!

Choose the musicians from around the world and create
the Global Street Band.
THERE’S STILL TIME. COME JOIN!

By Rose Maramba
Images and other materials courtesy of image.net and feelingthestreet.com

Here’s an exciting global music initiative. It’s “Feeling the Street” and it’s a four-month 3-phase campaign that kicked off last 18 March. Between that launch and 20 May comprise the “Enter & Vote” Phase. During this phase (Phase I) street musicians around the world enter the contest by submitting a video of themselves playing an original song on their street corner. (LAST CALL FOR MUSICIANS AND VOTERS OUT THERE!)

The street corner? That’s the most vibrant, the most honest, the most unaffected, the most unembellished and spontaneous stage, with its own musicality that’s unique in the whole wide world!

A global online audience will vote for the musicians by virtually dropping money into the hats of the musicians they most like, similar to what you’d do when you pass a musician you like on the sidewalk, only this time you don’t use real coins.

PHASE II, the Pick Your Band phase:  20 May – 3 June. Voters pick out six from the Top 40 musicians who they’d most like to form the band together.

PHASE III, the Global Band on the Road phase: the final phase, 4 – 20 June. The chosen musicians form the band and travel free to New Zealand for a nine-day tour across the country, culminating in a gig at the fabulous Queenstown Winter Festival. Six lucky “roadies”, chosen from the audience, will be announced one per day from 4 to 9 June, along with the winning member of the Global Street Band. These lucky roadies will travel with the new global band.

“Feeling the Street” is a Toyota Motor Corporation initiative.

Join the GLOBAL fun. Log on to www.feelingthestreet.com . VOTE!

Some of the sensational street musicians in “Feeling the Street”

“Born and raised in the motor city up in the Midwest, I found myself stagnant at an auto industry career and seeking more. Two years ago the opportunity to travel south to New Orleans arose. I packed my mandolin, harmonicas and caught a ride with vagabond magicians whom my sister knew through circus ties. Trusting in the grandeur and magic of this world and particularly New Orleans, I found purpose and a place singing on the street. Since then I’ve flourished creatively, spending my time playing music, writing, recording, sewing, spinning fire staff, drawing & printing, etc. These modes of self-expression reveal my gentle and fiery existence most honestly.
Check out my original music at Syrinxmusic.bandcamp.com

“My name is Robert Preston Walker, but everyone calls me Rob. I’m 27 years of age, born and raised in New Orleans, Louisiana and I play the trombone. Living in New Orleans I play in three different bands.
Free Spirit Brass Band, Lagniappe Brass BAND, and my own band Street Legendz Brass Band. . . I love hitting crazy gigs all around the city. Every last person in every band are like brothers to me and for that I love them. . .
I feel like I can’t live nowhere else in the States except New Orleans. It’s . . . one of a kind. I love the old buildings and restaurants, I love that old feeling about this place. [But] I gotta get out and see the rest of the world. That’s why I pray I get picked to go to New Zealand. . . I hope I win this contest, but if not thanks for everything.”
.
.

I’m from Oakney Islands, Scotland. I grew up playing folk music and moved to Glasgow and Edinburgh to continue music as a career. I play piano and play in bands, in pubs and on the street. I like performing,  composing, teaching and jamming with other people. My website is http://www.jenniferaustin.co.uk .

.
“I started to learn Erhu when I was 8. I am truly a qualified Erhu player. I have 10th Grade Erhu Certificate. (In China we have a competition for Erhu. If one takes part in it, he or she will get a level. 10 is the highest level.)
Also, I am studying electronic engineering now. . .
I have become an Erhu busker which allowas me to keep my Erhu skill and share my fun with people.”

“Hi, I’m Toby, a 24 year old student who lives in Antwerp. I have played music all my life I’m really passionate about it! Piano is my greatest love and I have been a astreet pianist for the past 4 years.”

“I play the cello since I was 7 years old… I also love singing and 7 years ago I decided that I could try mixing my voice with the cello…using it as a guitar! Later I started using the looper to record what I was playing and play/sing on top of it, to be able to play the songs as I wished: at 2 or three voices, with a base of bass + chords + melody if I wanted.
“I play covers of famous songs and some songs of mine… I mix different styles of music (classical, pop, rock, indie-chill-out) and the languages that I speak (English, French, Spanish and Catalan) to try and find out emotion and harmony: harmony of the notes, harmony between my voice and the voice of my cello, harmony between the languages and the cultures and harmony with myself as the emotion of music goes through me…
“I’ve started playing in the Metro of Barcelona where I live, to help me get rid of stage fright but I’ve discovered much more than that : I love being free to play what I want in a public place where people might listen to you and like what you do… Then I started busking. . . and liked it even more…”

“I am a performer and busker from Wellington. I play acoustic fingerstyle guitar with some percussive elements. I love travelling and meeting people through music.”

“Hey there, I’m Youri. I’m Italian living in Paris and busking allows me to travel around the world, spreading my music and messages. Follow me on my journey, maybe I’ll soon be in your country. Thanks  for your support.”

“Hi, my name is Katie. I’m 24 years old. After I graduated as a midwife in 2012, I took the early retirement and moved to Berlin to play music in the streets. I have been playing my own songs and covers. I am living in Dublin, Ireland now and I’m just about to embark on my new adventure in France, Germany, Switzerland and Austria. . . People seem to enjoy [my music] so I keep doing it.” 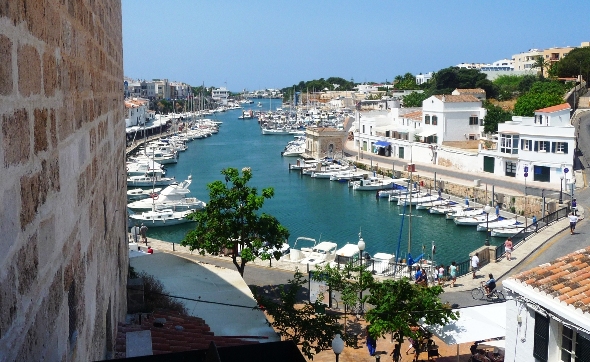