MEET THE HEALTH-ALERT GUY WHO TESTED POSITIVE – NO, NOT THE U.S. PRESIDENT! 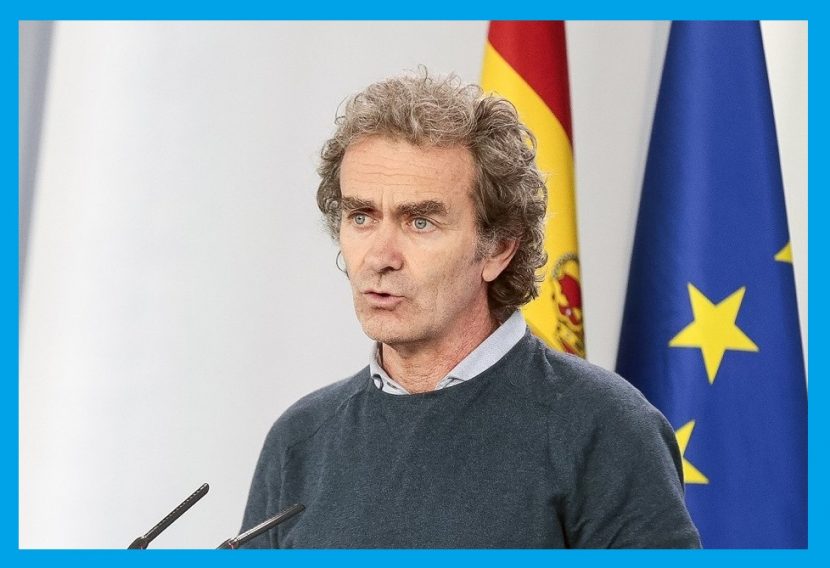 One day the greying blond-and-blue-eyed Director and Spokesperson of  the Center for the Coordination of
Health Alerts and Emergencies disappeared from the TV screens.  He had tested  positive for the
coronavirus. People didn’t know  whether to laugh at the irony  of it or to  conclude
that he’s a smooth-talking  tele-evangelist  you’d better not pay
too much  attention to, much less trust.

Unlike his boss, Health Minister Salvador Illa, who is so somber he could be sepulchral at times, Fernando Simon is cute (at age 57, too!), charming and lovable. The general impression is that Dr. Simon’s job is to appear on TV to tell viewers about the coronavirus and how not to get infected. 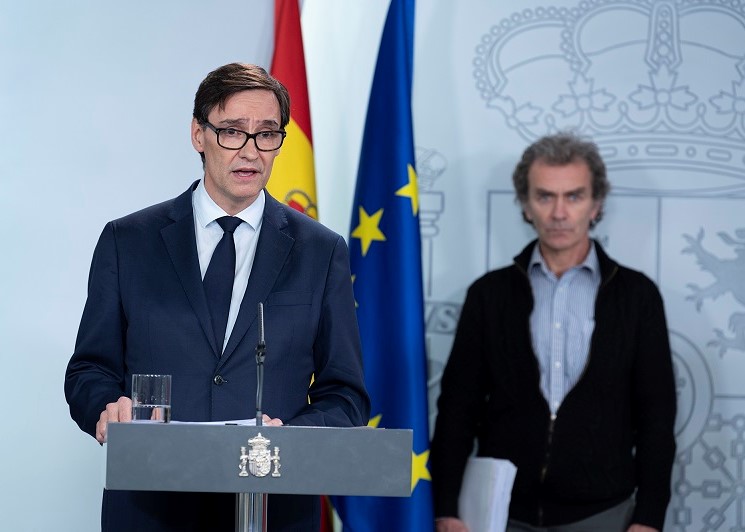 Fernando Simon is with his boss, Health Minister Salvador Illa, left, during a press conference held by the Ministry of Health.

Formally, this highly accomplished epidemiologist, whose long career stretches beyond national borders to encompass countries in Asia, Africa, Latin America and Europe, is the Director of Spain’s Center for the Coordination of Health Alerts and Emergencies (CCAES in its Spanish acronym). As its name suggests, the Coordination Center coordinates the preparation of the Ministry of Health’s contingency response plans in health crisis and emergency situations. Simon’s TV  briefings are then just the tip of the iceberg. But it is practically all that the general public sees of his work.

He and his team provide the technical assistance that underpins the COVID measures adopted by the government. Behind the harsh but very effective nationwide Estado de Alarma that lasted from March to June, for example, were the CCAES proposals resulting from the studies conducted by the Center.

However, one day Simon disappeared from the TV screens, mystifying the audiences. And then they learned; he had tested positive for the virus.

People didn’t know whether to laugh at the irony of it or to conclude that he’s a glib tele-evangelist you’d better not pay too much attention to, much less trust. His job has been politicized. Some see him as no small cog but an essential part of the central government’s large propaganda machine, blithely ignoring the fact that he is a holdover from the previous administration. 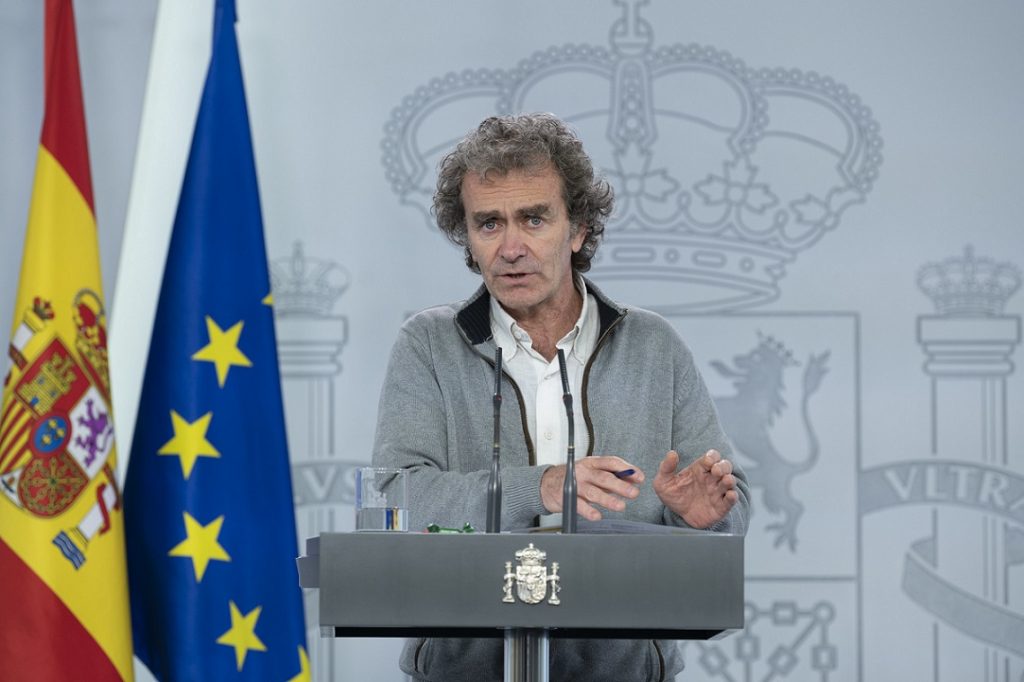 Simon at his usual COVID briefing, on 14 May 2020, one month after a 2-week bout with the respiratory disease.

In the end, they forgave him for falling sick and were just so happy to have him back on their TV. Getting infected with the potentially fatal corona endeared the greying blond and blue-eyed doctor to a following that has grown larger than before. He was just human, wasn’t he? He’s actually principled and knows his business even though science folk all over the world are only learning about the virus as they go along. 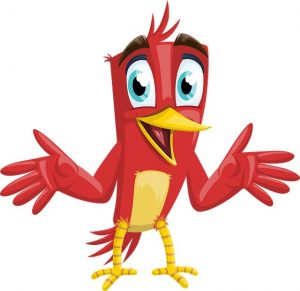 As all signs point to the pandemic riding high on its second wave, and the health crisis in Spain gets brutally politicized, Simon has become an easy prey to the opposition parties. But he is managing to keep his job. An omen perhaps that in the end Spanish leaders will come to grips with the idea that they’re in power in order to prioritize the people’s welfare over their petty political rivalries? Even supposing that Fernando Simon is still around because he has his political uses – he is controversial but he also goes down well with many people and is therefore a political asset for the government – Simon is a valuable instrument for the control of the pandemic. And not just because he appears on TV either. The opposition parties could see that. They might vilify him but they don’t really want him out of the way. 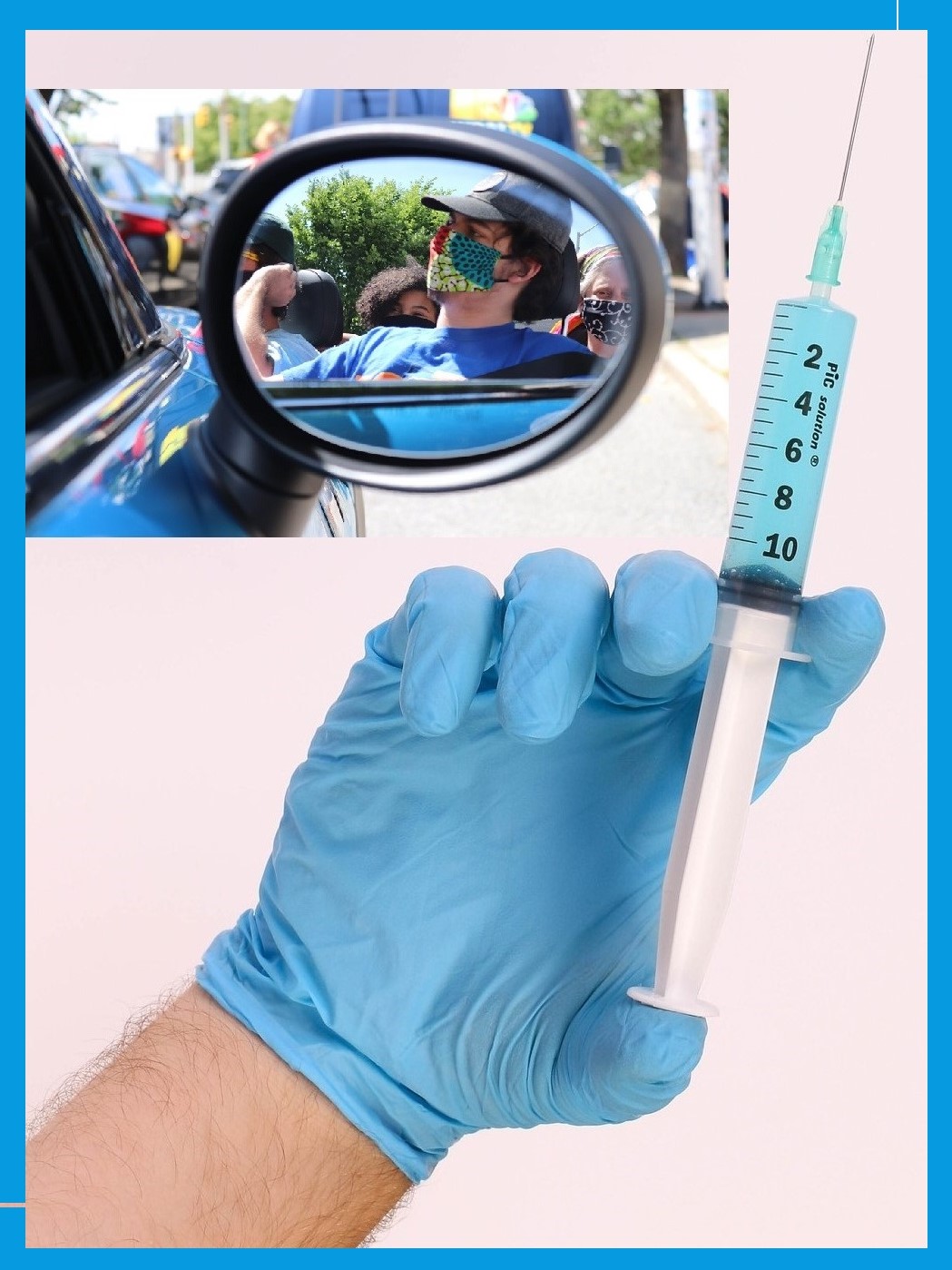 Previous article « MASKS OR VAX, WHAT WOULD YOU RATHER HAVE? 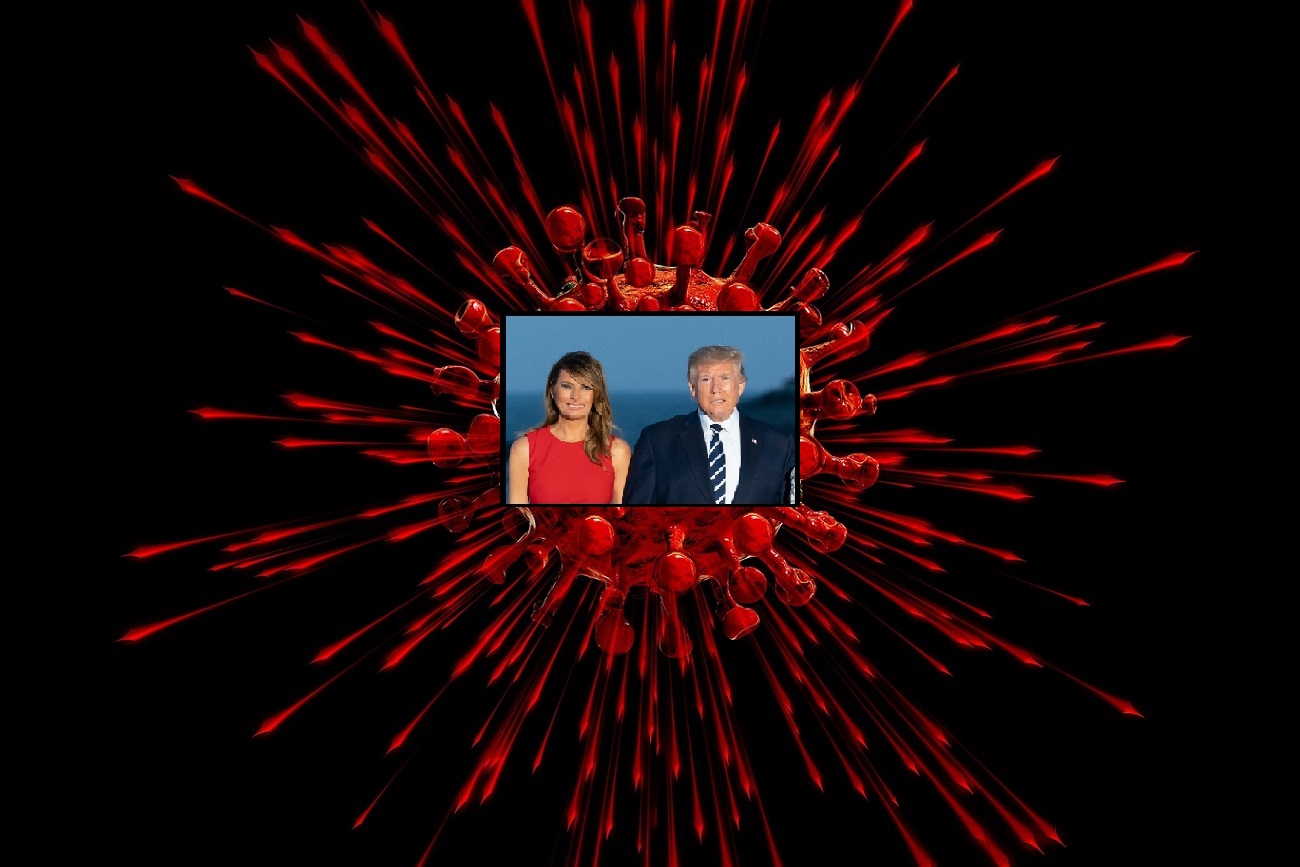 Next article A SECOND OPINION: Trump and Melania Fight the Coronavirus »