MAXIMA ZORREGUIETA: From the Feria de Abril de Sevilla to the Royal Palace in Amsterdam 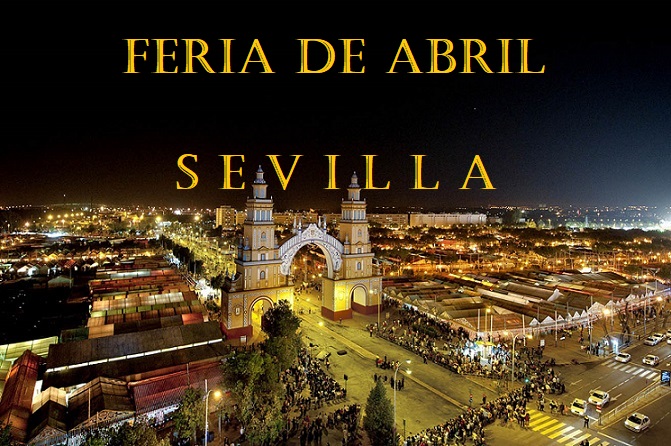 The Feria de Abril of Seville is over on the 21st of this month? No way! It will go on and on. Well, to be sure it isn’t exactly the Feria but the romantic story that began with and at the Feria de Abril of 1999 and will soon be reaching a climax – it’s a story full of climaxes! – on the 30th of April.

In 1999 vivacious Argentine Máxima Zorreguieta decided at the last minute to join a group of friends in Seville for the fantastic Feria de Abril (April Fair). She then heard that some “royal” – she didn’t know who exactly – would also be attending the Feria 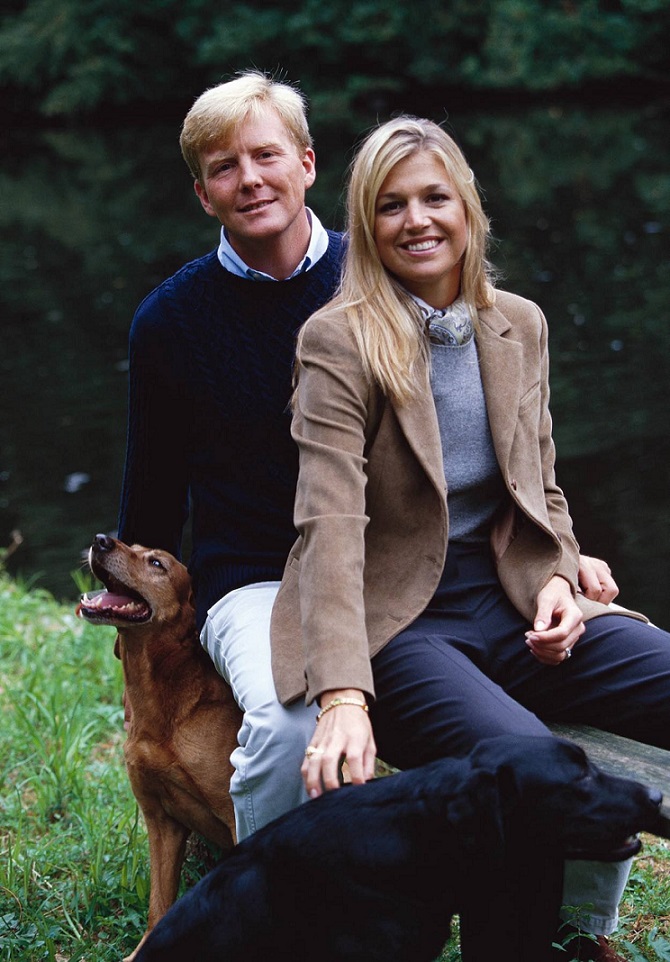 Maxima Zorreguieta and Willem-Alexander, Prince of Orange, 2001. Two years after meeting at the Feria, the couple announced their engagement– 30 March 2001. (Photo: Author unknown. PD via Wikipedia)

As it turned out the royal was no less than Crown Prince Willem-Alexander of the Netherlands. They were introduced to each other and all during the weekend of that Feria he wouldn’t leave her side. He was smitten, not least because she was “spontaneous, interesting, nice,” the same qualities that captivated his queen mom when he introduced her to Her Majesty not many months later. Barely two years after that Feria de Abril they were engaged and soon got married. By royal standards the courtship was whirlwind-quick.

On 30 April 2013, the day of Queen Beatrix’s abdication, Máxima will no longer be just Princess of the Netherlands but Queen Consort. She’s a wife in love, a loving mother to Catharina-Amalia, Alexia-Juliana and Ariane who’s not giving up teaching the cute princesses Spanish (they are still confused about the usages of ser and estar), and a hard-working member of the Dutch royal family, bolstered no doubt by a sharp intelligence and a strong sense of duty and professionalism.

Máxima is known to bring out the best in people and that’s why she’s very popular whether among her old friends or the new ones she so naturally attracts. Never small-minded she wouldn’t focus on their limitations but on their potentials.

The newlyweds kiss on the balcony of the Royal Palace in Amsterdam, 2 February 2002. (Photo by Looi of the Netherlands, CC BY-SA3.0 via nl. Wikipedia.)

She loves her adopted country dearly. But “I’m Latin and will always be,” she says. “I love to sing and dance, I’ll always do.” She holds dual citizenship, Dutch and Argentine.

Dutch scholars have painstakingly pieced together from ancient archives her parentage. On her father’s side she can count on aristocratic ancestors in the Iberian peninsula. There was a Pedro Hernández Ximenez of Jerez de la Frontera,Cadiz, a Catalina Gómez Cornejo of Salamanca, Isabel de Orozo of Madrid and a Captain Salvador Carrasco y Fernández de los Cobos of Malaga for great great great great great great…..grandparents, not to say King Alfonso III of Portugal (b. 1210, d. 1279).

But it’s all too far away into the past and she can’t be bothered.

When the Feria de Abril played Cupid to her and Prince Charming, well, that matters. Without having factored it into her young dream as an investment banker she’ll soon be on her way to Amsterdam’s Royal Palace to carry out responsibilities as a working consort to His Majesty King Willem-Alexander. 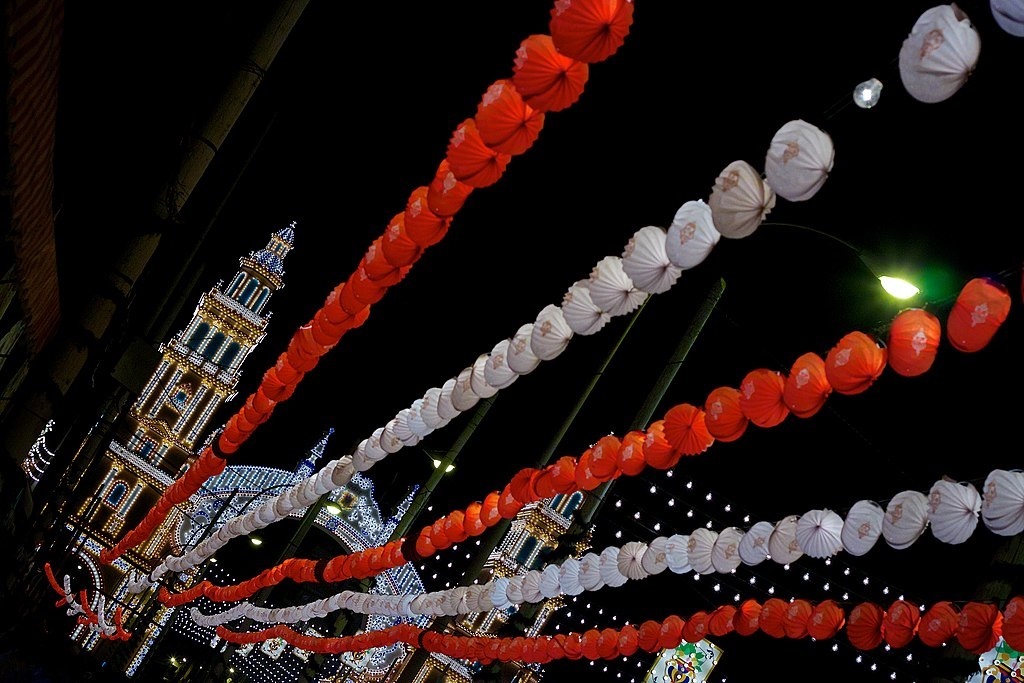 Has it been a long and bumpy ride in that horsedrawn carriage of the Feria in Seville to the Koninklijk Paleis? She doesn’t make it seem so. 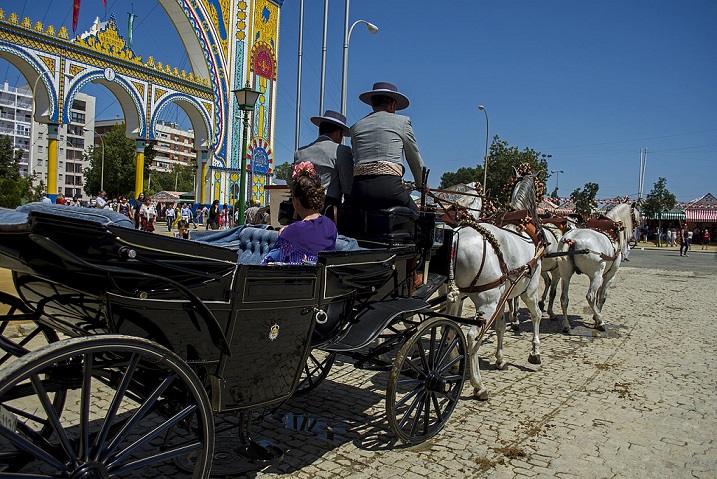 OFFICIAL PROGRAM OF THE INVESTITURE OF KING WILLEM-ALEXANDER OF THE NETHERLANDS, 30 APRIL 2013

20.00-22.30 CET
Dinner hosted by Her Majesty Queen Beatrix for the Dutch Royal Family and other royal families, as well the representatives of foreign missions, at the Rijksmuseum, on the eve of her abdication. It is the last dinner “Queen Bea” will host as queen.

Abdication of Her Majesty the Queen at the Koninklijk Paleis (Royal Palace), Amsterdam, in the presence of the Presidents of the Senate and the House of Representatives, the Council of Ministers for the Kingdom, members of the Royal Family, and the governors and prime-ministers of Aruba, Curaçao and Sint Maarten.

10.30-10.50: Appearance at the Balcony of the Royal Palace
His Majesty King Willem-Alexander, Her Majesty Queen Máxima and Her Royal Highness Princess Beatrix of the Netherlands (Queen Beatrix reverts to the title she held before she ascended the throne) appear on the balcony. Princess Beatrix and the King will both address the crowd. Her Royal Highness Catharina-Amalia, Princess of Orange, the heir apparent to the throne before she’s ten, and Their Royal Highnesses Princess Alexia and Princess Ariane will then join their parents on the balcony.

13.50 14.00: Off to Nieuwe Kerk
Princess Beatrix and other members of the Royal Family go to the Nieuwe Kerk, the 15th century church now used by the Royal Family for investitures and royal weddings. The main cortege, headed up by the new king, follows.

The Royal Palace prefers to call the ceremony investiture instead of the more pompous “coronation”.

16.30-18.00: The Royal Reception
Reception for members of royal families, dignitaries and members of the States-General and the States of Aruba, Curaçao and St Maarten, Council of Ministers for the Kingdom, the Council of State, governors and prime-ministers of Aruba, Curacao and Sint Maarten and the Corps Diplomatique at the Royal Palace.

19.30: Serenading the New Monarchs
The Song for the King honors the King and Queen, prior to the water pageant. This takes place at the EYE Film Museum.

19.45-21.30: The Water Pageant
The King and Queen, and their daughters, take part in the water pageant on the River IJ. They sail from EYE Film Institute past the Oever Park and the ‘Kop van Java’. At several places along the route they are treated to a festive program.

For the Livestream of the festivities and solemn ceremonies go to Dutch TV  NOS Koningshuis on Youtube, 29th and 30th of April. 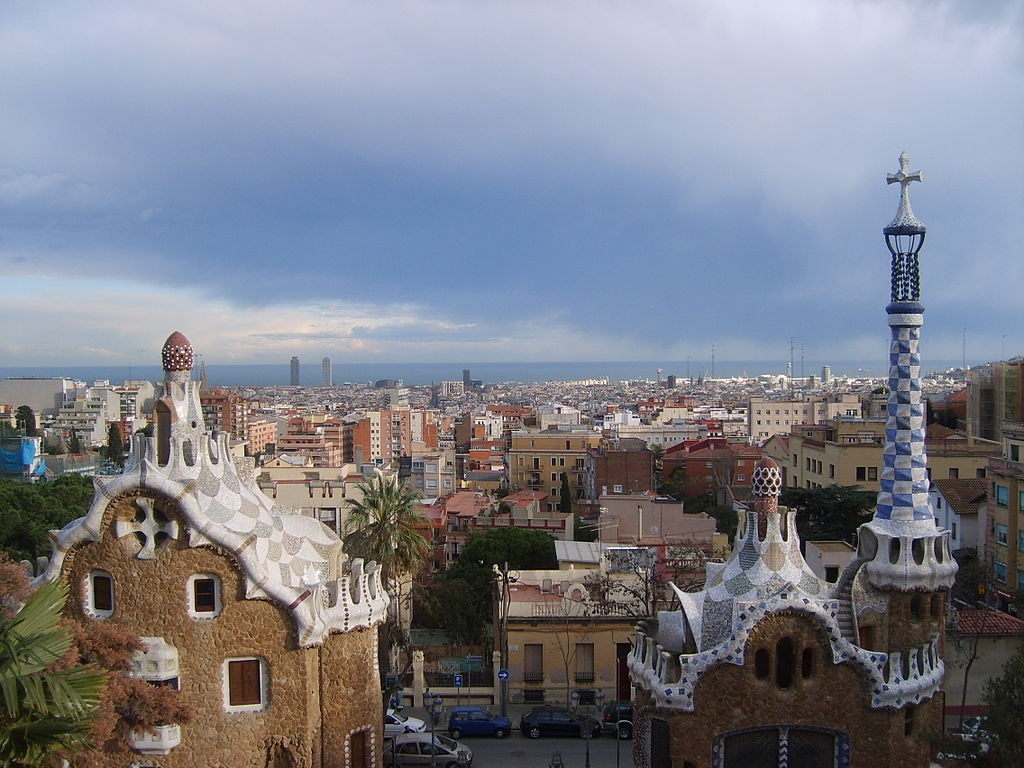 Next article BARCELONA BACK TO BACK »