Marrakesh and the Diversity of Morocco

Destinations Other Than SpainTravel
14 Dec, 2012
Comments: 0 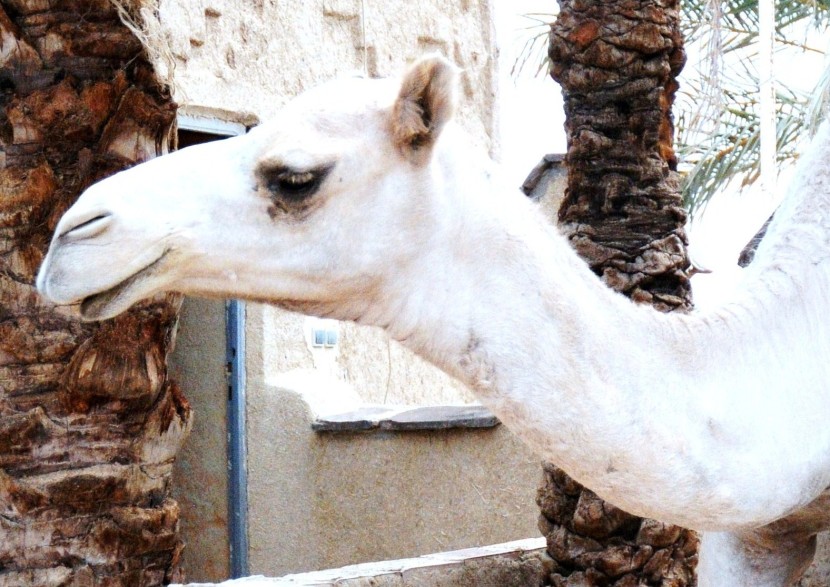 MARRAKESH: DISCOVER THE DIVERSITY OF MOROCCO

The phrase “so near yet so far away” popped up frequently in the course of our trip to Marrakesh and the south of Morocco. It is in fact practically a “hop, skip and jump” from Madrid by plane – approximately an hour and a half to two hours- and a pleasant sail to Tangiers from Algeciras.

And yet it can indeed be considered so “far” because Morocco is unique and exotic and has so much to offer the tourist and traveler. It is a fantastic destination and a clean, charming and safe city, this latter point being an extremely important factor nowadays. Seasoned travelers like to feel free to wander around and off the beaten track. A visit to a foreign country must entail more than just a tour of its museums and most famous monuments. It has to give you the opportunity to get the feel of the country, the customs and the lifestyle, and meet the people.

And Marrakesh is the perfect place to come in contact with the Moroccan culture, its truly hospitable people and the immense diversity of the country itself.

A little bit of history: Morocco was a French protectorate until the country gained its independence as a constitutional monarchy in 1956. Hence, it retains a great deal of its European influence, but it clearly has its own personality.

The country, of approximately 170,000 square miles and slightly larger than the state of California, with a population of roughly thirty million, has four historic Imperial Capitals: Meknes, Fez, Marrakesh, and Rabat which is its current capital, as of 1913.
Marrakesh, meaning the Red City, which spreads out at the foot of the Atlas mountain range, is an impressive city whose huge ramparts enclose a wealth of historic monuments, mosques, palaces and incredibly colorful market places, intermingling with beautiful gardens and omnipresent palm trees.

Founded more than one thousand years ago, its ramparts are made from red clay that gave the city its name, and they extend for some 13 kms enclosing the older part of the town, known as the Medina. The sovereign Ali Ben Youssef ordered its construction in 1126 but never saw its completion several decades later. These protective ramparts included 202 vigilant towers and several entrances. The Bab Agnou, “Bab” meaning Gateway, is one of the most remarkable. A fun way to view them is via a horse-drawn carriage ride, which can take up to four hours, and makes it possible to access the city from different angles.

The Koutoubia Mosque, with its famous minaret, towers over the center of the city and characteristically marks its silhouette. However, the veritable heart of Marrakesh is its magnificent Jemaa El Fna square, throbbing with around-the-clock activity and the embodiment of its life and spirit. A marketplace by day, it becomes an incomparably colorful spectacle at night with its crowds, bards, musicians, flame throwers, snake charmers, acrobats, henna tattoo artists, and the like.

The Palacio El BadII (Dar El-badll) was built between 1578 and 1603 by Yacoub El Mansour, the Almohade sovereign and it is truly a beauty, with gold, onyx, Italian marble and other precious materials, going into its costly construction. A perfect reflection of Andalusí architecture, it is indeed reminiscent of Granada’s Alhambra.

A look at the minaret of the La Koutubia Mosque immediately brings to mind Seville’s Giralda. It is practically a replica, completed in 1157 by the Sultan Abdelmoumen. Unfortunately, the interior of the mosque is not open to visitors.

The Menara Gardens are just a leisurely thirty-minute stroll from the plaza Jemaa El Fna. This beautiful park spreads out around a large lake with a unique hydraulic system dating back 700 years, which brings water down from the mountains 30 km away.

The Saadies Necropolis, built in 1574, is also a must on a visit to Marrakesh, built in 1574 to accommodate the lavish tombs of Prince Mohamed Cheikh’s dynasty. Inside the Medina, one should visit the fascinating Ben Youssef Madrasse, madrasse meaning school, and the Marrakesh Museum. A hundred km from Marrakesh on the road to Asni, crossing a narrow rugged valley, is the Tinmenl Mosque, an architectural jewel of Almohade style.

And now we come to Essaoira, another fortified city and a beautiful fishermen’s village with a dark, sandy beach. It was one of the chief ports of ancient Morocco. Its 18th-century ramparts house the Medina and the Jewish quarters with its many crafts shops. This area is really a shopper’s paradise where you can see the artisans doing their work while they display their wares. Particularly wonderful are the woodwork, textiles, rugs, jewelry, inlaid work and antiques, all at quite reasonable prices… after bargaining of course.

When one wanders out of the labyrinth of this old quarter, it is a must to walk down to the port area where you can see the shipbuilders and the fishermen, sewing their nets and bringing in their day’s catch. Restaurants here will serve the freshest fish imaginable.

Before making your way down to the port, it is worth the easy climb to the North Bastion, where you can get a fantastic view of the entire city and the old cannons, oddly enough made in Spain, which were posted along the walls to defend the city against attacks by sea.

As we continue on our way to Zagora, it is one surprise after another: the route is lined with waterfalls, the majestic red Kasbah standing high on a hill, Grand Canyon-like scenery at Todra, picturesque Erfud, deserts and rolling dunes, and lush oases. Zagora is in fact known as the “Doorway to the Desert”, the starting point for the caravans departing to the south of the country and the legendary Timbuktu.

Perhaps the country’s wonderful diversity can best be reflected by our excellent guide, Hamir, who was of Arabic origin; our driver Abderraman, Abdul for short, who was Berber; and the driver’s aide, “Jaime”, who was Tuareg… (Or at least that is what we were told). The Berbers being the residents of the mountains and the Tuaregs, the “blue” tribes of the desert. And on our tour bus, they played engaging Sahauri CDs, highly rhythmic music, slightly reminiscent of New Orleans Jazz.

SO NEAR AND YET SO FAR… it is a cliché, but one that really works for Marrakesh and Morocco.

Where to stay: The Kenzi Hotel chain, Eden Andalou, Palm Plaza.
Where to eat: Al Baraka restaurant, no. 1 Jamaa el Fna Square, overlooking all the activity.
What to buy: Wooden carvings, rugs, leather, pottery, jewelry, antiques…
What to do: Vast options for ecotourism and sports. A golfer’s paradise, as well as for water sports buffs, like water and kite skiing, surfing, kayaking and canoeing, jet skis, and trekking, hunting, fishing and cycling. There is also snow skiing at the Okaimden resort, just a 50-minute drive from Marrakesh.