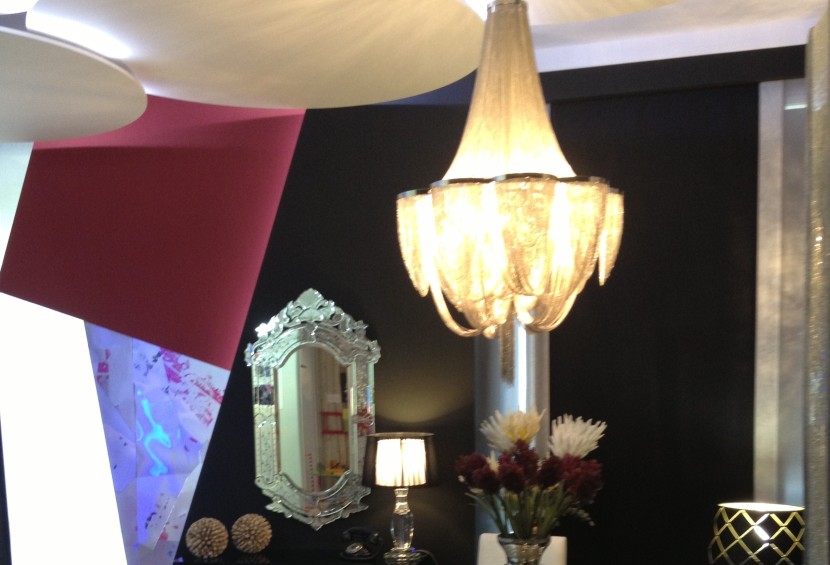 While we cannot drag the past into the present, it is possible to create a present and future that take their heritage into account.

Walking through the Jardínes de Sabatini, I had a revelation. Perhaps it is not a universal truth, but it remains a truth in my case. As much as one may attempt it, one cannot relive the past. However, being an American traveling through Spain for the umpteenth time, it never hurts to try, which is why I was instantly enthralled by the idea of Casa Decor.

Yearly, around this time, my hometown of Pasadena, California celebrates the Pasadena Showcase House for the Arts, and every year it has been the tradition of the women of my family to attend this sumptuous event dedicated to innovation and beauty. When I learned that Madrid hosts its own version of it, I knew that I must attend.

For its 48th edition, Casa Decor has chosen to reimagine a building that for almost 40 years housed the British Embassy and turn it into a sensational venue showcasing the latest trends in interior design and home décor. Situated in the Almagro neighborhood of Madrid, this building and its surroundings are part of the rich aristocratic and political legacy of Madrid dating back to the end of the 19th century. The building itself is a modern representative of the “British Style” (http://www.casadecor.es/madrid-2013/un-edificio-moderno-en-el-barrio-de-almagro/).

Constructed in 1966, its geometric design transports the viewer to early James Bond films and Go-Go Dancers ( http://www.casadecor.es/madrid-2013/un-edificio-moderno-en-el-barrio-de-almagro/). However, its new façade brings it into contact with an older Europe. Titled Güindous 16, these modernized reproductions of historic windows create an illusion of a timeless space that effortlessly straddles the distance between today’s Spain and the fantasy of the old world.

The team behind this facelift (Daniel Pérez, Felipe Araujo y Mario Vila) explains that their desire was to “convert the building’s series of blind walls into an architectural compendium of the city. An optimistic stroll that compels us to raise our eyes to appreciate the emblematic windows as well as the forgotten windows of Madrid (Casa Decor: ¡Tomamos la Emabajada! Edición 48, 2013: 122).”

Also choosing to employ this mixture of the modern and the historic in a living room-kitchen combination, Beatriz Silveira of Batik Interiors stated, “I enjoy modern designs as much as classic pieces. The way I see it, they go together perfectly. What’s more, I think they should go together. Pieces like Baroque – I have one here from the 18th century in natural wood – in a way also relax the modern lines of the kitchen. Therefore, I think [this juxtaposition] gives richness to the projects: the power to mix things, styles, and epochs.”

Another example of this exciting anachronism is the “espaci (display room) Sentido y Sensiblidad by Javier Castilla Reparaz. The representative for Reparaz said, “Javier Castilla wanted to represent the 19th century in this space and bring it into the 21st century. Since we are in the English embassy, his inspiration has been this portrait with a pine frame, adapting it to more modern decoration,” and also, of course, the novel by Jane Austen. The room draws modern overtures and “eclectic” classics into cooperation within this strikingly 60s building.

The designers of the interior spaces of Casa Decor also faced the interesting challenge of converting a building composed almost entirely of identical office spaces into dynamic living rooms and communal retreats. Silveira stated that in many ways the former British Embassy offered a unique opportunity: “It is a very democratic house. There were no very large differences between the rooms.” Instead of fighting to make a bathroom complete with a living room, designers, decorators, and architects were given similar canvases with which to work.

Silveira added that for her the small space was an inspiration. “Today, we face a great lack of square meters in Spain…Therefore, what one must attempt to do is precisely to eliminate some of the walls from our lives…and to create the possibility of having open spaces that are at once very livable.”

For Marie and François Magnol, the brother-sister team behind El Archivo de Epicuro y El Café des Artistes, it was a chance to reflect and innovate, to work with their surroundings, uncovering layers of paint to create a look of age and use.

Regarding her brother’s exhibition of lamps and her own designs, Marie Magnol stated: “They are two spaces which we have partially united on a visual level…We have decided that the foundation of the exposition area would be a café des artistes…In the living area a corner is recreated for degustation, a reading nook in the other…Our decorating philosophy is to take part in the space and, of course, to adapt the project to the space.”

However, Casa Decor is much more than just a lavish opportunity for interior designers and architects to flaunt their sense of style and innovation. Casa Decor is one of the most prestigious expositions of design in all of Europe. Since its institution in 1992, it has sought to break the boundaries of design, giving professionals an arena to “develop a project without limits (http://www.casadecor.es/que-es-casa-decor/historia/).”

Chanel, another prestigious firm that occupies a “espacio” in the Casa Decor exhibition.

The designers are judged by a panel and the public to determine which space best exemplifies “the virtues of aesthetics, creativity, the application of new technologies, new products or materials, respect towards the environment, the quality-cost ratio and other aspects which the judges deem relevant (http://www.casadecor.es/madrid-2013/premios-casa-decor-a-la-decoracion-y-el-interiorismo/).”

Now in her third year as participant in Casa Decor, Silveira says: “I am here again because the previous years have been very good experiences. Really, you open your work to a much wider spectrum of clients and visitors, or simply to people who enjoy interior design…And it’s always enjoyable to come here every day and get commentaries that are almost always positive.”

One of Casa Decor’s greatest missions is the restoration of the emblematic buildings of Madrid; however, it also remains grounded in the green movement, keeping in mind natural resources and their impact on the environment.

It is cognizant of the economic crisis which torments Spain at this time. Casa Decor claims with pride that this exhibition is able to provide employment, both directly and indirectly, to thousands of workers. Additionally, Casa Decor aligns itself with various humanitarian and social organizations to further the wellbeing of our global community.

Javier Castilla wants to represent to 19th century and bring it into the present.

While we cannot drag the past into the present, it is possible to create a present and future that take their heritage into account. Casa Decor, like the Pasadena Showcase House, functions as both a nostalgic homage to the architectural and artistic legacy of the great city of Madrid and as a daring leap into new ways of thinking about, and perceiving, space.

For me, it was an ideal reconciliation between my craving to reach homewards and my desire to be immersed in the world of the Madrileños. It is innovation and progress that seek not to dismantle their antecedents but to evolve through them.

SOME OF THE OTHER PARTICIPANTS IN CASA DECOR 2013 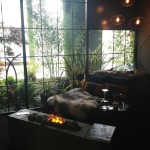 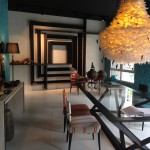 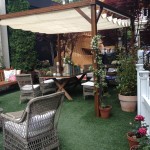 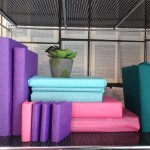 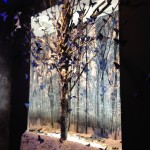 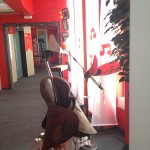 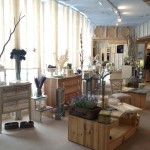 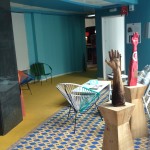 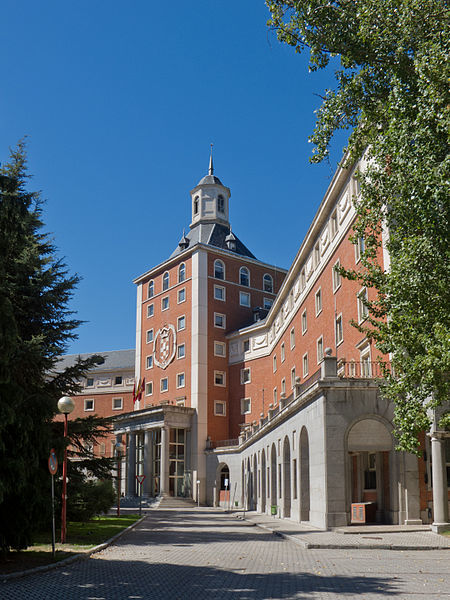 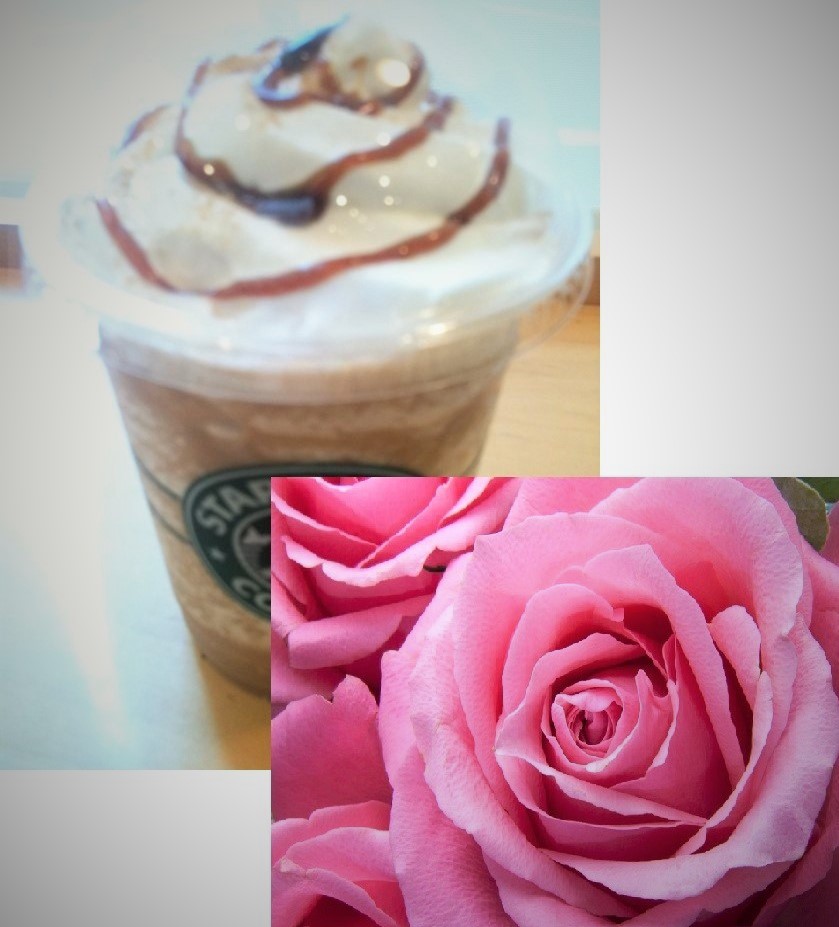