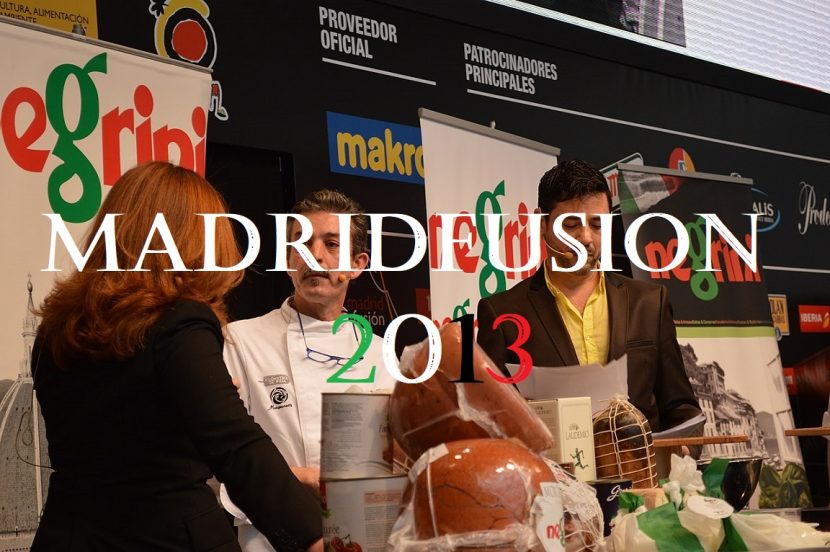 All true gastronomic adventures are driven by passion, begin with imaginative visions and heartfelt aromatic sensations. Then they are given form by their hues, fragrances and textures. The compelling aromas of sensual cinematic cuisine, served in magical ambiances and evocative epicurism liaising with expertly paired wines, all play a quintessential role.

Come share the memorable recipes which I have savored at the Madrid Fusion XI – 2013 Edition coupled with the mysteries of fragrance, taste and texture.

The 11th Edition of Madrid Fusion had invited guest country Brazil which brought Chef Alex Atala once again to Madrid´s most important gastronomic event, held at Ifema for the first time due to the space requirements.

Chef Alex Atala´s brand label of Lambada and Samba with a thermo-mix, whisk and spatula has me totally spellbound. He looks more like a soap opera actor than a world-class chef. Many restaurants in Sao Paulo have not been influenced by indigenous ingredients like wild Amazon Acaí berries or Rainforest Pupunha which is a 5 centimetre exotic orange-yellow fruit or Cupuaci, a dark burnt orange Amazonian melon. And Atala once again stated: “ We need pride in our epicurism, the way Brazilian composter Villa Lobos was proud of our music.”

An experience for the senses, with a touch of the Samba, has empowered uncountable chefs in his native land, similar to the manner in which Chef Gastón Acurió has in Lima, Perú or Ferrán Adriá of the El Bulli Foundation in Barcelona. This published chef and restaurateur has been introducing indigenous local products, without boundaries, and the best Brazilian regional ingredients, and regional Brazilian cuisine worldwide.

UAI FUSION, PROMOTED BY THE BRAZILIAN GOVERNMENT OF MINAS GERAIS

CHEF ALBERT ADRIA OPENING JAGUAR GASTRO BAR
Chef Albert Adrià is in the process of opening a new Gastro Bar called Jaguar, in the neighborhood of Raval, Barcelona. The Pintxo Bar is going to specialize in the best of Catalan local ingredients merging seamlessly with Mexican, Mayan and Aztec regional indigenious products.

CHEF ANDONI LUIS ADURITZ
This Basque genius continues breaking barriers with the culinary world and where nature meets science. He also presented a presentation on The Creativity Continues …

CHEF ELENA ARZAK
Awarded the 2012 honor as the best worldwide female Chef for her brilliance and imaginative preciseness and discussion on innovation. She additionally paid homage to her renowned father, Maestro Juan Mari Arzak, and her kitchen team at Restaurant Arzak in San Sebasitán.

CHEF ÁNGEL LEÓN
Brilliant, author, restaurateur, Chef, investigative researcher and inventor of Clarimax, which is a machine which clarifies liquids ingredients to create transparent consommés and sauces. Once again he has given us a wonderful overview of seafood culinary techniques, and the world of fishing in the XXI century.

Trilingual Maria Chiara Passani, The Director of Marketing from Parma, Emilia Romagna and Marketing Director Luca Cracco from the Asiago Formaggio D.O.P., had told me all about the 2 great Italian cheeses.

PARMIGIANO REGGIANO, often called Reggiano Parmesano in English speaking countries; is produced only in Emilia Romagna from the milk of pasture grazing cows, so it can only be produced during Mid April and November. I had a taste testing of some of the most divine cheese I have tasted since my last trip to Parma and Bologna.

ASIAGO is a cow variety produced in the high Alpine region of Vicenza, Veneto. Asiago´s background is indicative of 16th century traditions, since it first had begun production. Today, Asiago is also being produced in Trentino Alto Adige, and there are two main types; Asiago d´Allevo, which means to bring up or to raise and denotes the care taken in crafting Asiago. The three month old fresh cheese is a blandish sweet tender soft cheese which pairs perfectly with hot crusty bread or crackers and a glass of wine and in salads, with fruit.

Then, we have the cured variety or matured Asiago, which is aged approximately 9 months.
www.parmigiano-reggiano.it
www.formaggioasiago.it

PISCO is a variation of PISCU, a word in the ancient language of Quecha which means “bird”, and during pre-Hispanic times it designated a valley and seaport, which is once again called Ica, a Peruvian Bird Sanctuary housing flamingos, condors, and other feathered fauna.

This spirit creates a marvelous and globally known cocktail called a PISCO SOUR … Here is the recipe, provided by www.perumuchogusto.com .

Place the ice cubes, pisco, sugar and lime juice into a chilled cocktail shaker. Stir the ingredients and then add the egg white. Close the cocktail shaker, and shake briskly for 20 seconds. Serve in a chilled wine or Martini Glass and sprinkle a few drops of Bitters on top.

FOR CHEESE-HOLICS
satiajarradilla@hotmail.com
English-speaking Álvaro and Maria are Cantabrian farmers of some of the loveliest cow variety cheeses I have had in ages. One of their stunning cheeses, is a bloomy beige rind, similar to a Brie, however, much creamier.

CAFENTO COFFEES
www.cafento.com
Cafento Coffees is a Spanish based franchise, founded by a family who are specialists in the coffee sector; with coffee venues located throughout the Iberian Peninsula, and expanding. Some of the brands they employ are Eraclea, Capuchinos, Areces, Beltrán, El Gallego, Capricho and Stracto. They also sell online and have capsules and the latest in coffee makers. (“ Yes George, the Capsules. . .”) One can purchase at their retail outlets too. 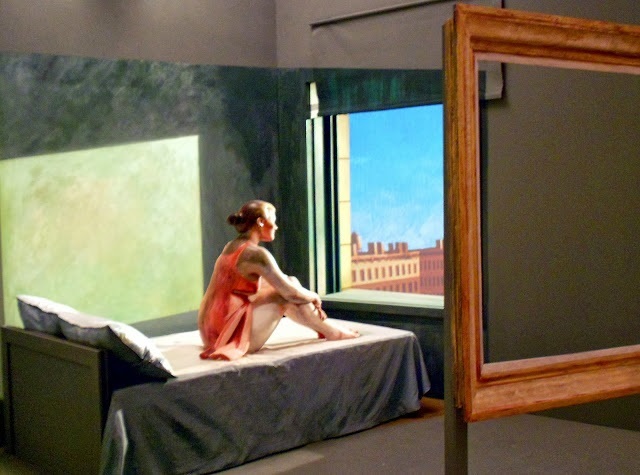