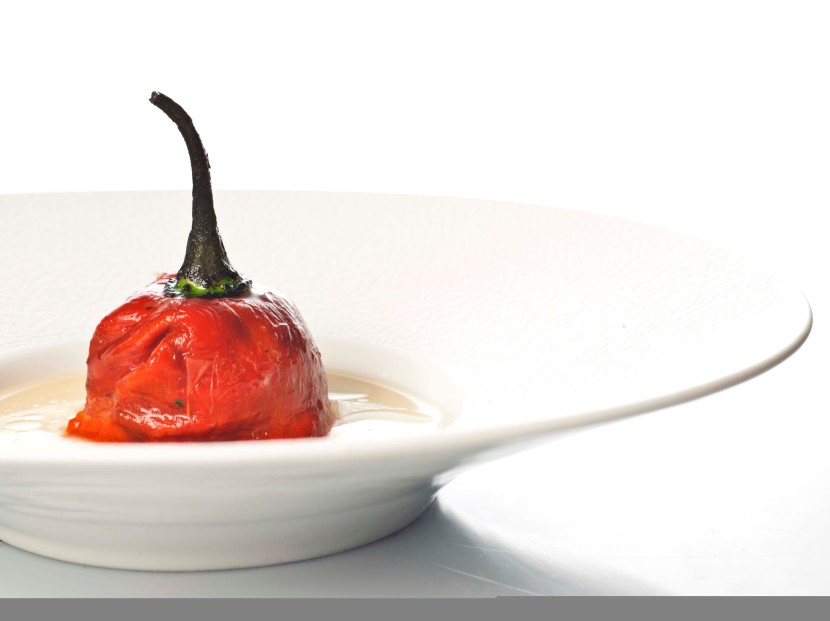 During January 27th through January 29th, 2014, Madrid had once again become the annual focal point of more than 100 international and national chefs, culinary demonstrations, gastronomic exhibitions, epicurean tastings, newly developed food products and kitchen technology, hands on workshops, and enabling the interaction with chefs from all four corners of the globe. This event was held, as before, in the extraordinary Palacio de Congresos.

The theme for Madrid Fusion this year was entitled “Eating in the city – Street Food Inspiration.”

On Monday morning there were three events of extraordinary interest. Basque Chef Eneko Atxa of Restaurant Azurmendi, in Bilbao, Parisian Chef Pascal Barbot of Restaurant Astrance in Paris and Japanese Chef Asafumi Yamashita, the gardener of the great Parisian Chefs, demonstrated an increasing city trend, the growth of quality fresh vegetables grown in an urban environment.

Flemmish Chef Gert De Mangeleer, of Restaurant Hertog Jan in Bruges, Flanders, one of The European Union Countries’ most promising young 3 Michelin Star Chefs, and Chef Joan Roca, the owner and executive culinary artist of the world´s best restaurant according to London´s Restaurant Magazine, discussed their interaction with the land and the products they grow.

Asturian Chef José Andrés, the Ambassador of Iberian products in Washington D.C. flew in to attend the 13th edition of Madrid Fusion. He discussed mini bar and street food inspiration along with haute cuisine and the interacting with clients who visit his numerous restaurants.

Along with Chef José Andrés was Madrid based Chef David Muñoz, famous for his hair- do, and Iroquios, of Restaurant DiverXo, in the Madrid neighborhood of Tetuán.

De Mangeleer, winner of the Top European Chef of the Year Award

Additionally, the winner of the Top European Chef of the Year Award was announced and given to Flemmish Chef Gert De Mangeleer.

Furthermore, Chef José Ramirez of Chez José arrived from Brooklyn, New York, to present his cuisine model and interpretation of pop up restaurants.

Then there was a creatively presented Cheese Tapas and Sandwich competitions judged by Three Michelin Star Chef and Professor Pedro Subijana of San Sebastian.

Another fabulous entry in the Tapas competition

Yet another tapa, this by Chef Ruben Cabrera

Numerous Iberian Chefs presented their dishes and their tapas and discussed the world of changing Iberian regional cuisines.

On Tuesday, the 28th of January, I attended demonstrations held by seafood expert Chef Ángel León of El Puerto de Santa Maria, Cádiz, Chef Quique Dacosta and Flemish Chef Kobe Desramaults, and the spotlights were on the creativity of these three gentlemen followed by Chef AndoniLuis Mugaritz and Chef David Cheok of Singapore. This segment was entitled “How to Activate Diners´ Stimuli Through the Senses. “

French Chef Michel Bras was interviewed by the press and he spoke about country cuisine and its importance in the world of avant garde gastronomy. Also visiting was French Chef Jean Luc Figueras and Chef Alain Guiard, along with Chef Oscar Escanciano of Babette Catering in Iberia, discussed the world of Catering and Food Service.

An array of related activities including a Truffle Auction, How to prepare a Perfect Pizza, How to Work with Wagyu by Chef Hattori Yukio from Tokyo, and Chef Juan Mari Arzak and the world of mushrooms with Michelin Star Chef Fran Paniego of Ezcaray, La Rioja.

Chef Ruben Cabrera of Restaurant La Cúpula in Costa Adeje, Tenerife, and I had a tasting of wild Alaskan King Salmon at Alaska Seafood provided by David McClellan, an interesting Japanese marine algae tasting at Tokoyo Ya, a French Cheese Tasting with Poncelet, an Iberian ham tasting with Aljomar Guijuelo Jamónes, Aromatique Architecture with Koppert Cress Herbs and chocolate shaped fries from Flanders state of the art Toerisme Viaanderen.

On the 29th, Wednesday, The Auditorium was devoted to demonstrations by the El Bulli Foundation which unveiled the answers to over 50 questions asked by attendees of the press.

Chefs Asafumi Yamashita and Pascal Barbot were among the exponents of quality vegetables grown in urban environment.

17 Master classes were held over the three-day Summit, and a world of wine tastings were given. The final closing party included Marbella Michelin Star Chef Dani Garcia, Navarran Chef Pedro Larumbe, and Professor and Chef Salvatore Gallego where they discussed the evolution of Madrid´s cuisine through their careers. 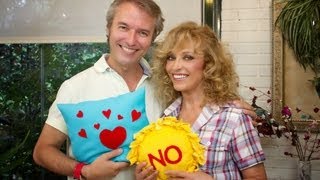 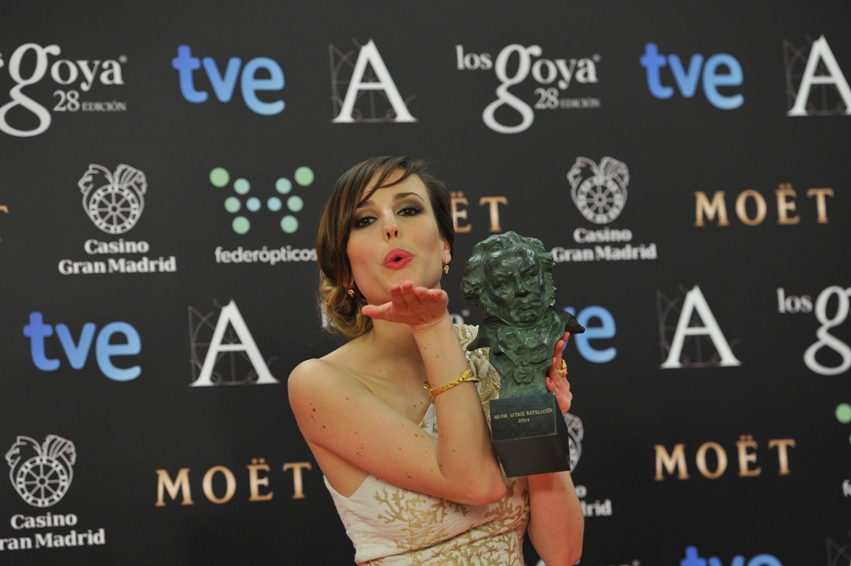 Next article GLAM & GLITCH AT THE GOYA GALA »