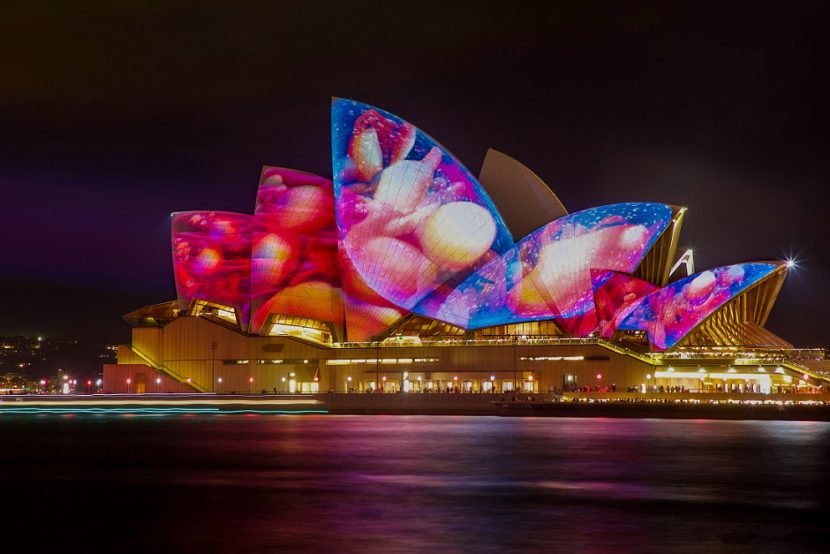 Opera is very big here in Australia and we have the world famous Sydney Opera House. As I recall, zarzuela was always big in Madrid and near where I used to work is the famous Madrid Opera. Sydney, like all big cities, has its shopping areas and theatre and cinema spots, restaurants and bars, though none can compare with the Torre de Oro in Plaza Mayor.

Rodney Ward, like many back-packing ‘cowboys’ of the mid-seventies, first arrived in Madrid in 1975 and was at once struck by Spain’s fine old capital city. Although planning to move on within a few days, the Magic of Madrid compelled him to stay for at first a week, which developed into a month, and eventually extended to well over a year.
Thinking back, Rodney Ward recalls with some nostalgia that “living was relatively easy in those days with lots of good food and cheap places to stay.” Not that money was any easier to come by in 1975 than now, but opportunities were there for the taking, some even legal. Rodney dropped lucky. Already a qualified school teacher, he had no real problem finding a job in a more or less reputable language school in Arenal in downtown Madrid.

“Fifteen thousand was all they paid, but we got a good bonus at Christmas and in those days we got a special 18 July pay packet which has now been abolished, I understand.” 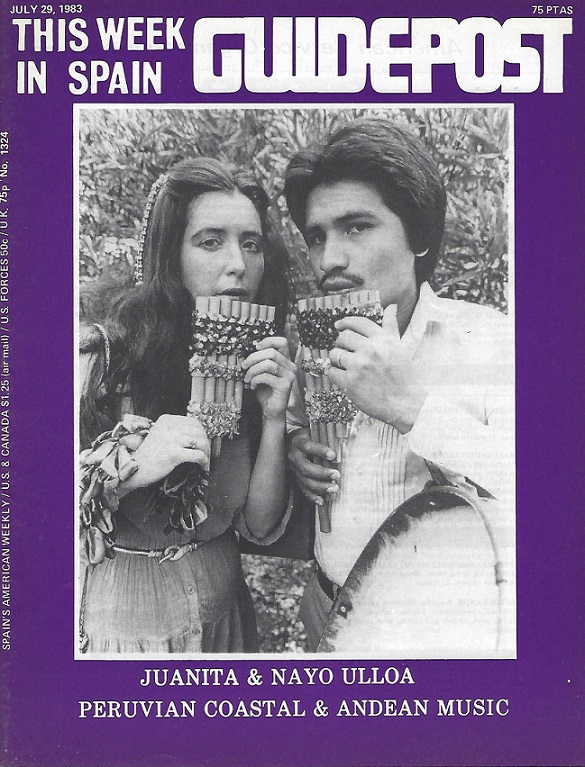 With pensions as cheap as fifty pesetas per night and food and drink so inexpensive living was easier. “I always went to Marta’s with a few friends and ate a typical Spanish meal of paella and roast chicken with wine and bread thrown in for well under a hundred and fifty”, recalls Ward. No, life was not as difficult as one might imagine. “Practically all the English teachers lived in pensions as the majority were only planning to stay for two or three months at the most.”

The mid-seventies will be remembered by many ‘part-time residents’ as a golden era where officialdom hadn’t time to worry about teachers working without permits and schools employing ‘wetbacks’ for a few months. Taxes were skipped by both employers and employees with very little chance of discovery at that time and only a few schools tried, some albeit half-heartedly, to get work permits for their more or less temporary staff. Rodney Ward was one of those who applied and was granted a work permit, which was one of the reasons he stayed on in Madrid when many of his friends and acquaintances moved on. 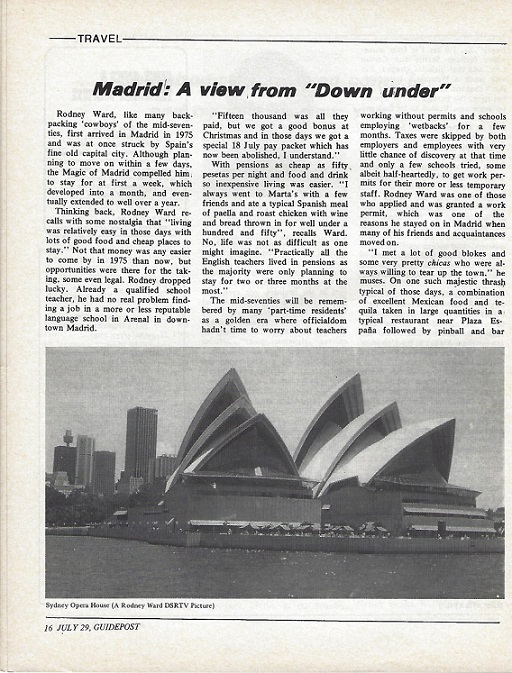 “I met a lot of good blokes and some very pretty chicas who were always willing to tear up the town,” he muses. On one such majestic thrash typical of those days, a combination of excellent Mexican food and tequila taken in large quantities in a typical restaurant near Plaza España followed by pinball and bar hopping led to a monumental hang-over after being ‘helped home’ by friends.

After spending two years in Madrid, Rodney Ward set off back to Australia, overland, still with backpack and map, exactly as he had arrived. Passing through Europe, Africa and India (where he became ill for a while) and finding himself a beautiful wife on the way, he eventually ended up in Sydney where he now lives with his wife Yunie and their two children. He is still a teacher as well as being a regular contributor to a photographic news agency in England.

Naturally enough, his life is different from the times he spent in Spain, yet Sydney has some things in common with Madrid which may at first sight seem obscure. Rodney Ward points out that art and history thrive in Sydney as they are now thriving in Madrid. 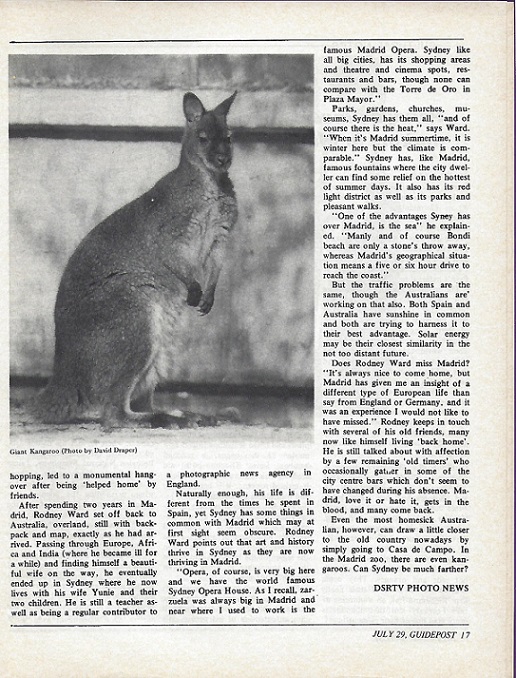 “Opera, of course, is very big here and we have the world famous Sydney Opera House. As I recall, zarzuela was always big in Madrid and near where I used to work is the famous Madrid Opera. Sydney, like all big cities, has its shopping areas and theatre and cinema spots, restaurants and bars, though none can compare with the Torre de Oro in Plaza Mayor.”

Parks, gardens, churches, museums, Sydney has them all, “and of course there is the heat,” says Ward. “When it’s Madrid summertime, it is winter here but the climate is comparable.” Sydney has, like Madrid, famous fountains where the city dweller can find some relief on the hottest of summer days. It also has its red light district as well as its parks and pleasant walks.

“One of the advantages Sydney has over Madrid is the sea,” he explained. “Manly and of course Bondi beach are only a stone’s throw away, whereas Madrid’s geographical situation means a five or six hour drive to reach the coast.”

But the traffic problems are the same, though the Australians are working on that also. Both Spain and Australia have sunshine in common and both are trying to harness it to their best advantage. Solar advantage may be their closest similarity in the not too distant future.

Does Rodney Ward miss Madrid? “It’s always nice to come home, but Madrid has given me an insight of a different type of European life than say from England or Germany, and it was an experience I would not like to have missed.” Rodney keeps in touch with several of his old friends, many now like himself living ‘back home’. He is still talked about with affection by a few remaining ‘old timers’ who occasionally gather in some of the city centre bars which don’t seem to have changed during his absence. Madrid, love it or hate it, gets in the blood, and many come back.
Even the most homesick Australian, however, can draw a little closer to the old country nowadays by simply going to Casa de Campo. In Madrid zoo, there are even kangaroos. Can Sydney be much farther?

Next article WHERE TO, SPAIN? Is the Country Headed for New Elections? »