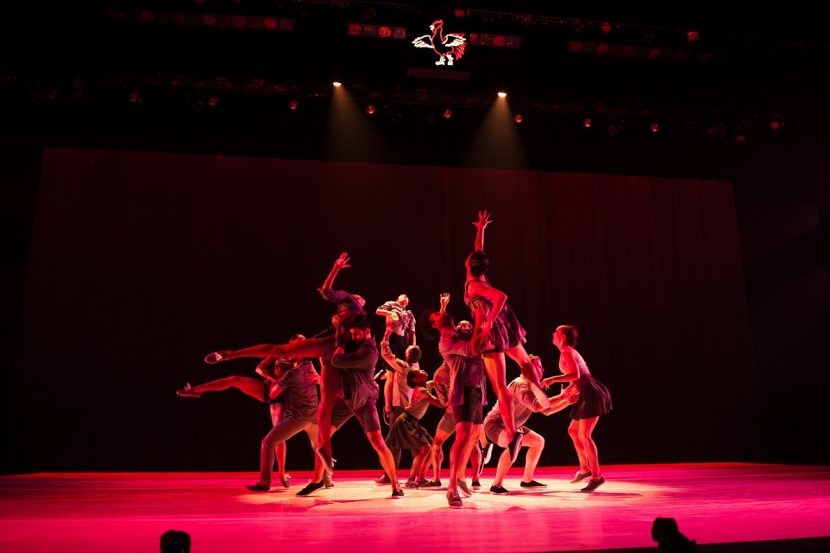 “Waiting for Pepe”: At the finale there was a suspended neon sign of a strange-looking rooster
that the dancers seemed to worship. It represented the heartbreaker Pepe

Federico García Lorca (1898-1936), Spain’s most celebrated poet, playwright, theater director and artist has never gone out of fashion. His works have been translated and adapted in myriad ways for theater, dance, music and film.

His ten-month stay in New York in 1929 inextricably linked him to the city. At age 30, García Lorca, born in Fuente Vaqueros, west of Granada, came here to recharge his batteries on his father’s dime after his lover got involved with a woman, his feelings for Salvador Dalí were unrequited (more about that later), and his book “Gypsy Ballads,” although a best seller in Spain, was not universally acclaimed by critics. He enrolled in Columbia University’s summer session to study English. However, he did not to go to classes but chose to experience the city’s cultural and intellectual life, especially in Harlem and Brooklyn, and meet its fascinating denizens, such as Walt Whitman. From these experiences, Lorca produced one of his greatest works, “A Poet in New York,” a collection of poems about the city, written in Spanish on the back of Columbia University stationery—the school apparently provided some benefits. 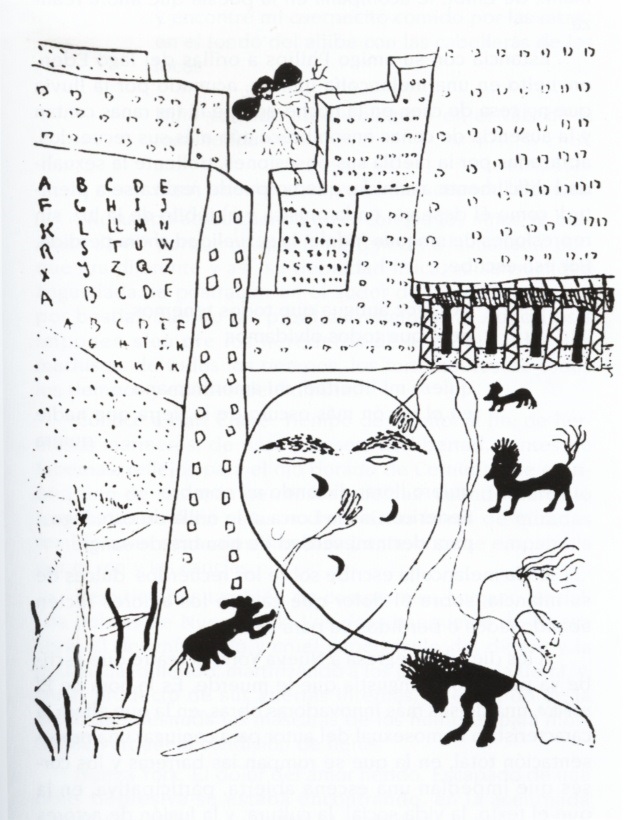 Garcia Lorca self-portrait for “A Poet in New York”/PD

In 1936, he left the manuscript on the desk of his Madrid publisher with a note saying he would return the next day to go over the details. He never returned. A few weeks later he was murdered in Granada, his body thrown in an unmarked grave, which has still not been found. The book was posthumously published in 1940, but the manuscript disappeared for decades. In 2013, the Fundacíon Frederico García Lorca and The New York Public Library at 42nd Street exhibited the manuscript for the first time, together with drawings, photographs, letters and memorabilia, which was attended by thousands, me among them.

“A Poet in New York” still resonates in the Big Apple. García Lorca witnessed the ravages of the 1929 Stock Market Crash and his poems speak to poverty, slums, racism, violence and alienation. Imagine my surprise when I got off the subway in Bushwick, a depressed Brooklyn Latino neighborhood—I was teaching English to immigrants at a local middle school—now becoming gentrified (there will be displacement and Starbuck’s), and discovered a mural with stanzas from “Sleepless City (Brooklyn Bridge Nocturne),” written in both English and Spanish. It is on Starr Street between Wycoff and Irving Avenues, L train to Jefferson Street. The nonprofit Artmakers, Inc., has placed murals in four sites in Brooklyn, and this was the first, created in 2011. Murals #2 and 3 (2012), Himrod Street and Knickerbocker Avenue, L train to DeKalb Avenue; and #4 (2013), Stockholm Street and Knickerbocker Avenue, L train to DeKalb Avenue. 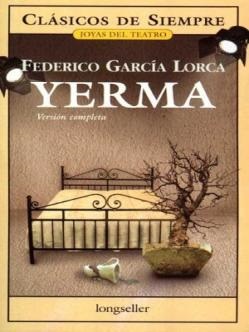 A “Yerma” book cover/Longseller/Fair use

Critics arguably state that Garcia Lorca’s time in New York was pivotal to his growth as an artist. “Yerma” (1934), the first of his trilogy plays about the tragic lives of women in rural villages, recently finished a limited, sold-out run (March 12-April 21, 2018) by London’s Young Vic in an acclaimed contemporary adaptation at the Park Avenue Armory, 67th Street, which I was fortunate enough to see. Ballet Hispánico’s New York Season at the Joyce Theater (April 10-15, 2018), 175 8th Avenue at 19th Street, honored the playwright with two World Premieres. One was inspired by the last play in the trilogy, “The House of Bernarda Alba” (1936). The other debut was a moving duet reimaging a love affair with Spanish artist Salvador Dalí.

“Waiting for Pepe” by Canary Island-born Carlos Pons Guerra Pons exuded sexual repression, despair, yearning and passion. (Pons wrote in the program notes that as a young gay man growing up in Spain, he was bullied and rejected. But after reading “The House of Bernarda Alba,” his life changed.) The Pepe in the title refers to Pepe el Romano, the much talked-about but unseen love interest of three of Bernarda Alba’s five daughters—he is engaged to the oldest, having a secret affair with the youngest and is the fantasy of another—and the cause of great tension in the household. (At the end of the play the tyrannical matriarch scared him off with a gun and condemned her daughters to spinsterhood.) 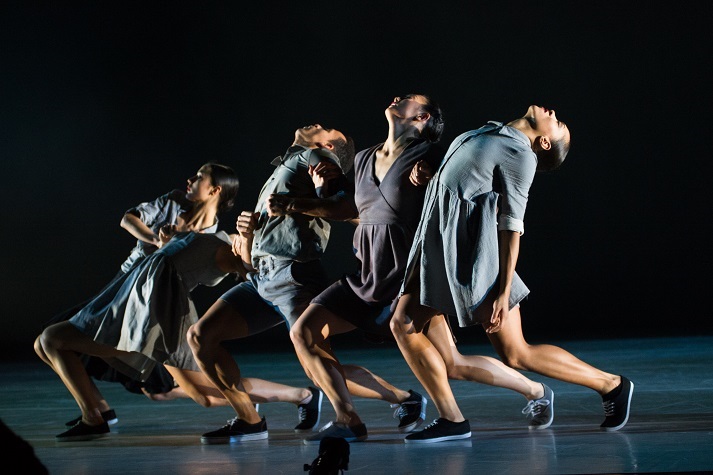 The Company danced seamlessly in tight group formations, dispersed across the stage and in remarkable duets that did not end well. An animated marching sequence was accompanied by toreador music. A female dancer repeatedly banged the floor with a long pole (reminiscent of Bernarda Alba’s cane that she banged to cow her daughters). A lone female dancer screamed out in sexual frustration and release. Finally, once the sex genie is out of the bottle, there is no holding back. And what better music to accompany a no-holds-barred orgy with all manner of simulated sexual positions than Batucada, repetitive fast-paced African-Brazilian percussion-driven music. 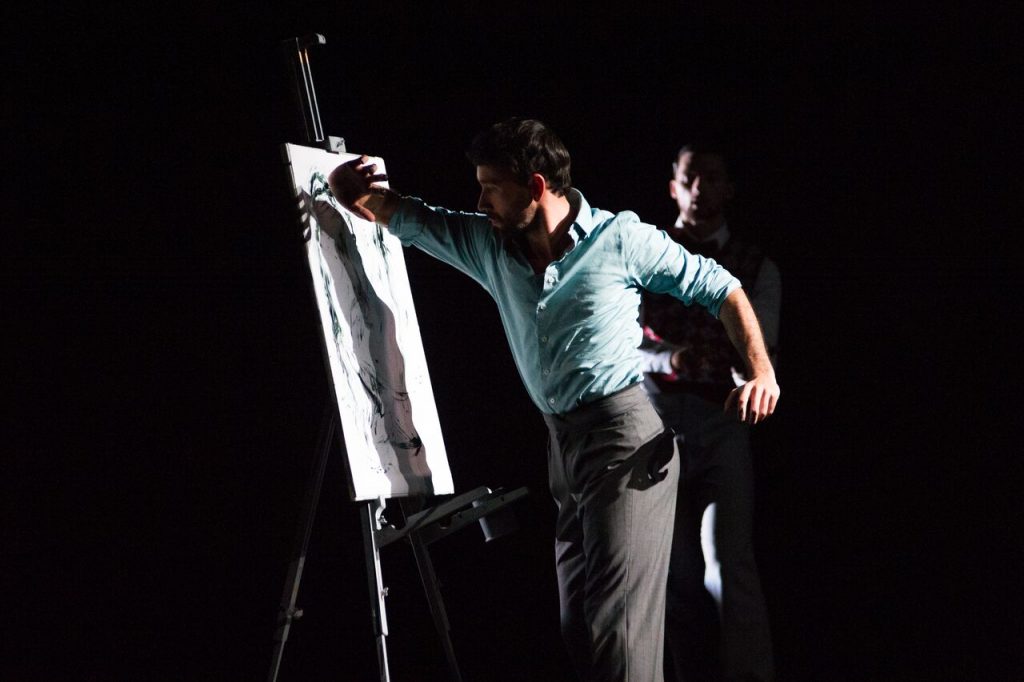 “Espìritus Gemelos”: “Lorca” approaches “Dalí” who is at his easel

At the finale there was a suspended neon sign of a strange-looking rooster that the dancers seemed to worship. I found out later it represented that heartbreaker Pepe (the “cock”) and was meant to be a symbol of liberty that leads the sisters to break away from sexual repression. Despite the strange bird, it was a very powerful well-executed ensemble piece. 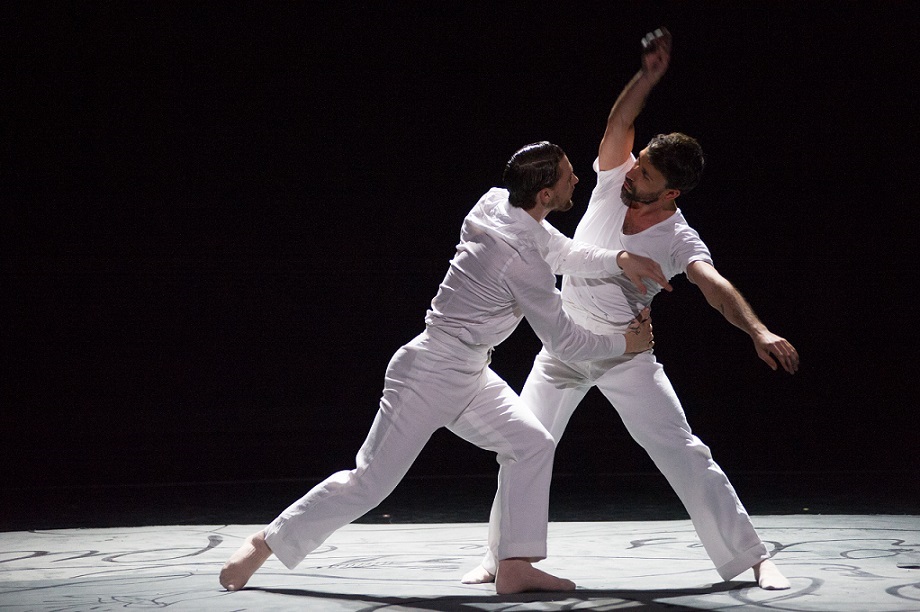 García Lorca and Dalí met in 1923 at the Residencia de Estudiantes in Madrid and were quite taken with each other’s genius and unconventionality. Whether it developed into a sexual relationship is still open to debate today. However, they left behind a trove of letters that are playful, steamy and seductive. Their up-and-down friendship lasted until 1936, when Lorca, age 38, was assassinated. In the tender, beautifully danced duet “Espíritus Gemelos” (Spiritual Twins), Spanish choreographer Gustavo Ramírez Sansano captured the nuances of their imagined intimacy through these letters. Dalí (Chris Bloom) is at his easel. Lorca (Omar Román De Jesús) is on his bed, reading from papers (their correspondence or his poetry is unclear). Lorca approaches. They dance tentatively, slowly. The dance conveys initial shyness, tenderness, a sense of discovery, yearning. They part. 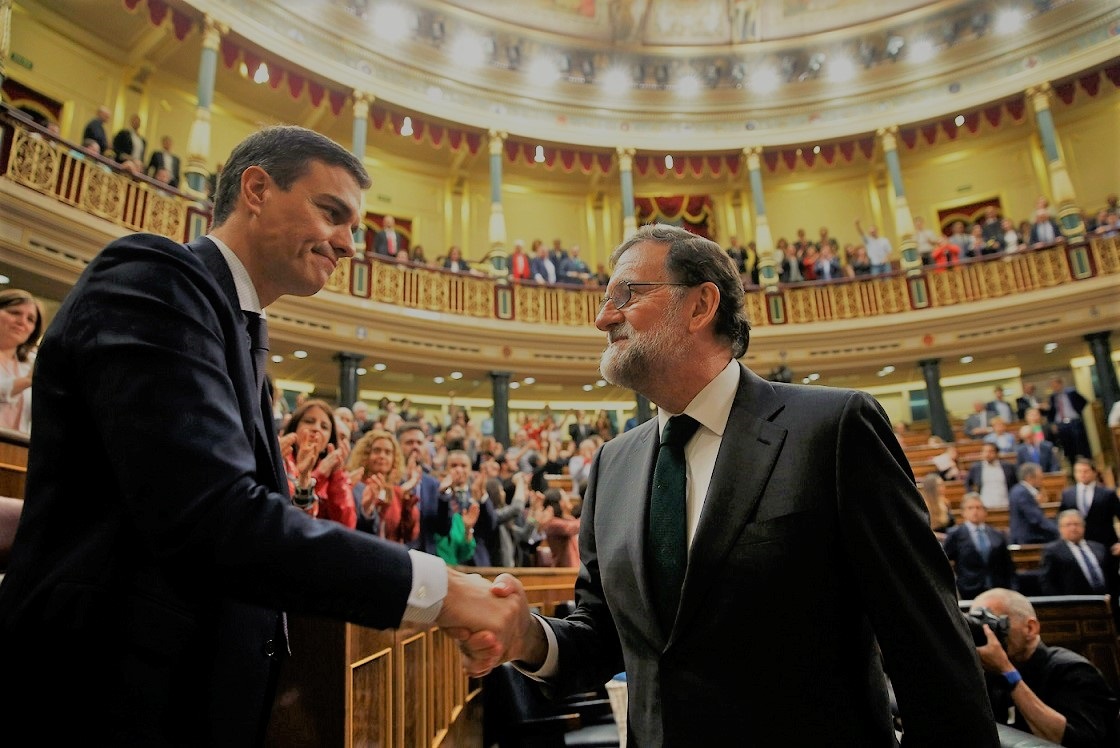 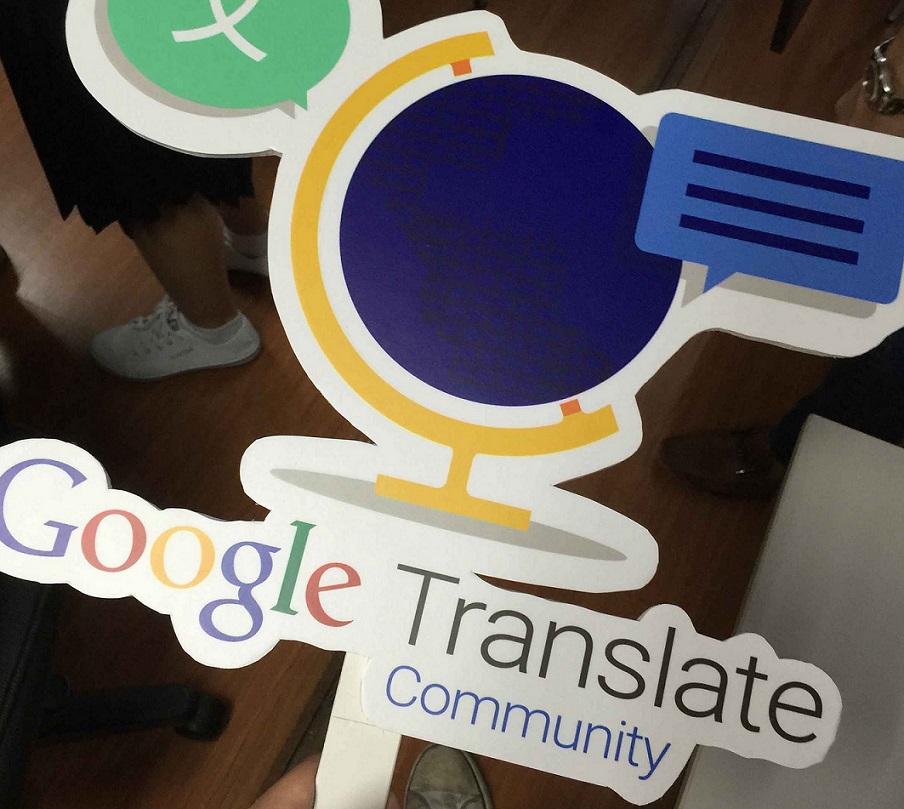 Next article LOST IN TRANSLATION: Traveling to a Country Without Knowing the Language »