LOOKING FOR A HIGH AT CANNABIS STORE AMSTERDAM? YOU’VE COME TO THE WRONG PLACE! 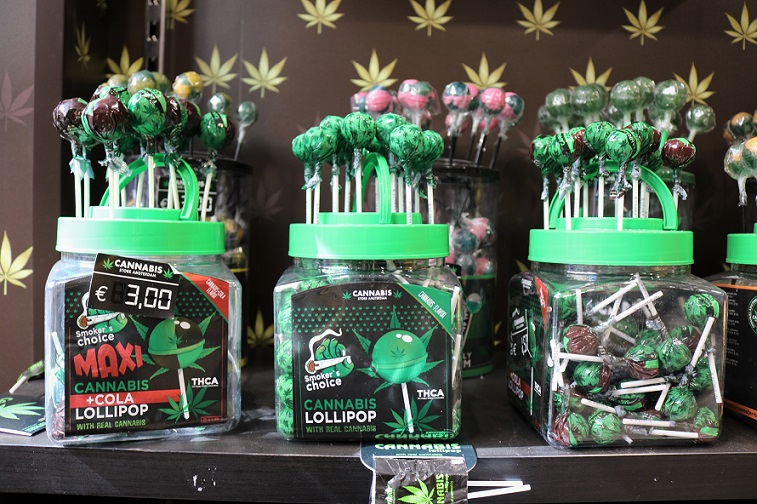 Hemp-flavored lollies: a favorite with young customers at the Cannabis Store Amsterdam.

But if clients are seeking some sort of high, they have come to the wrong place. Instead of a drug dealer, they will encounter Esther Anidjar, owner of Cannabis Store Amsterdam on Calle de Preciados, ironically an Italian franchise. 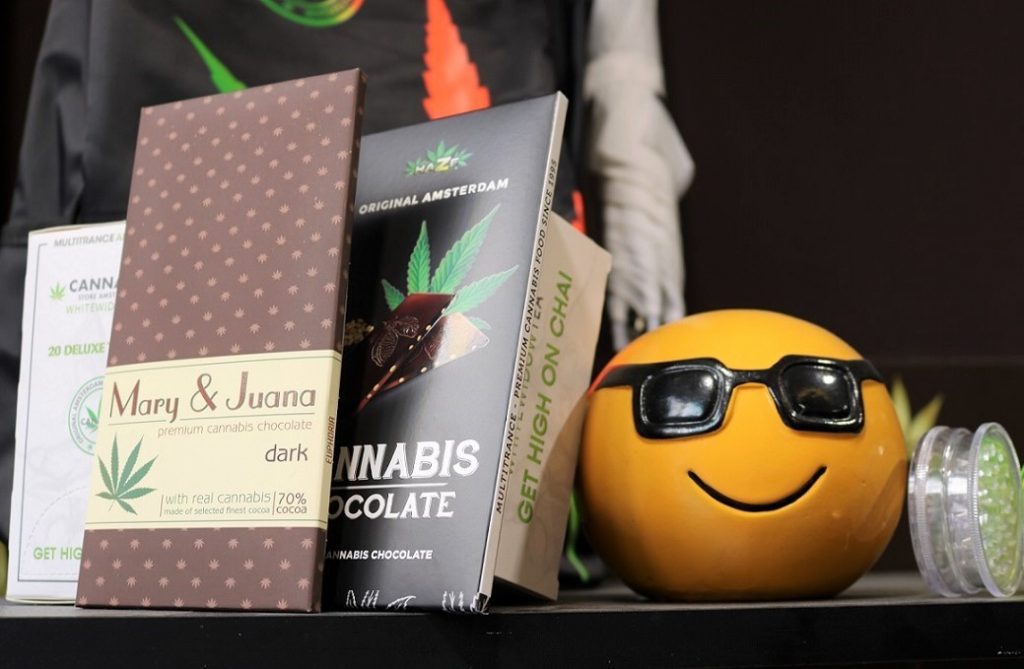 Can’t consume CBD. Hemp-flavored snacks, yes. Those are hemp-flavored chocolates in the photo.

She explains this store deals mostly in hemp-flavored snacks, smoking accessories, and topical products containing CBD, a non-psychoactive marijuana-derived compound that has recently gained international popularity for its relaxing effects. Behind her sits a fridge with hemp-flavored beer, wine, and energy drinks, as well as a chalkboard listed with hemp-flavored coffees and teas.

“There are people who are bothered that there isn’t any THC in here,” Anidjar said, referring to the chemical in marijuana that gives users a high. “I’m surprised at that because they know it’s illegal. How could you expect to see a public store selling THC?”

That’s why her weed-covered shop has such significant shock value. According to Spanish law, trafficking cannabis is illegal, although it is permitted to grow the plant on private property for personal use. You’re technically not allowed to smoke in public, although Anidjar says she smells marijuana smoke in the streets nonetheless. 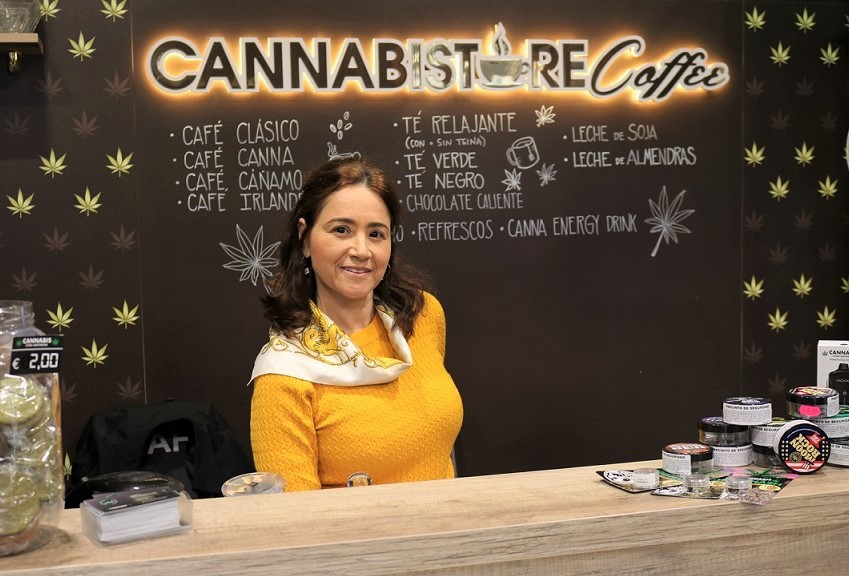 Esther Anidjar, an immigrant mother of four who sells marijuana. (But not the way you think!)

Cannabis and its derivatives are gradually entering mainstream culture in Spain, and Anidjar’s shop proves we are a generation redefining what it means to love weed. She is a prim-looking mother of four who immigrated to Spain from Venezuela in August 2018, opening up her store in Madrid four months later. She used to teach preschool and laughingly shakes her head when asked if she smokes. Yet she can confidently rattle off the numerous health benefits of CBD, and has used it to ease her own bodily aches.

“Our customer base ranges from young people [18 years or older] entering for lollipops to older people who come in for the relaxation products, like the teas, products for arthritis and pains, massage creams,” she said.

In 2018, the European CBD market was valued at $318 million in a report by the Brightfield Group, a Chicago-based consumer insight firm for the cannabis industry. The same study named Spain as one of the industry’s key growth drivers due to its expanding regulations surrounding product quality. 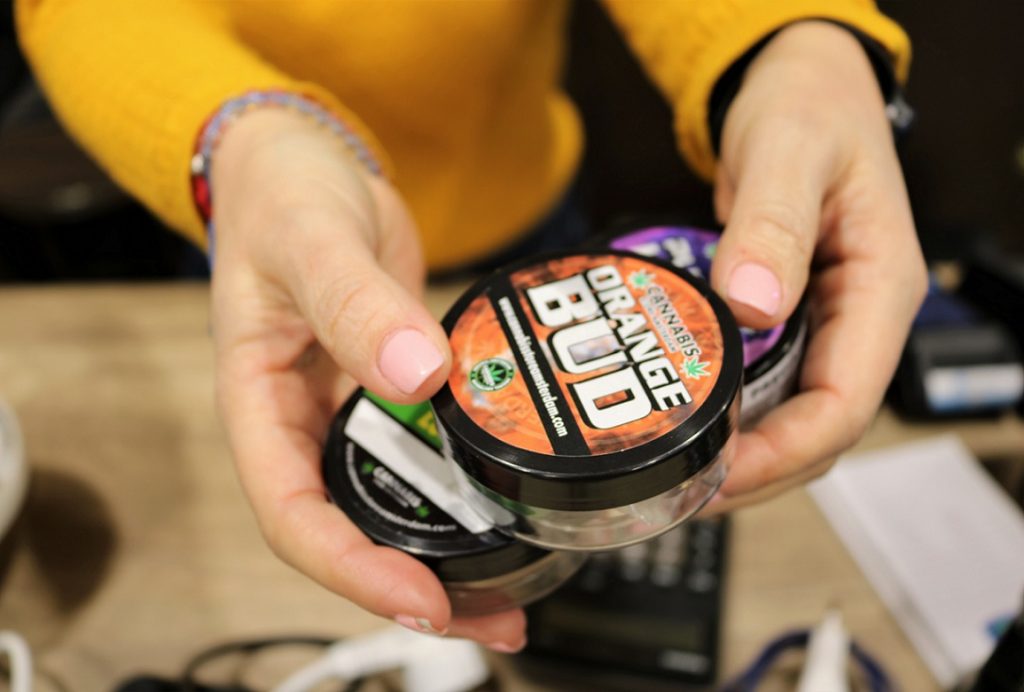 Smoking CBD flowers? You’re on the right side of the law!

Despite the popularity of CBD among Spaniards, there are still a number of laws obstructing the sale of the compound in Spain. In early 2018, the European Food Safety Authority removed CBD from the list of acceptable food supplements, a regulation the Spanish Agency for Food Safety and Nutrition has enforced. However, it is legal to sell CBD meant for smoking, and Anidjar’s store offers CBD-filled vapes and CBD flowers to smoke.

“The vapes are popular with tourists because it’s easy,” Anidjar said. “You can smoke it in the street, you don’t have to roll it.”

While tourists love the novelty of Cannabis Store Amsterdam, some customers harbor more dire reasons for purchasing CBD. They are seeking relief from chronic pain, whether it is caused by arthritis, epilepsy, insomnia, fibromyalgia, inflammation or some other condition. 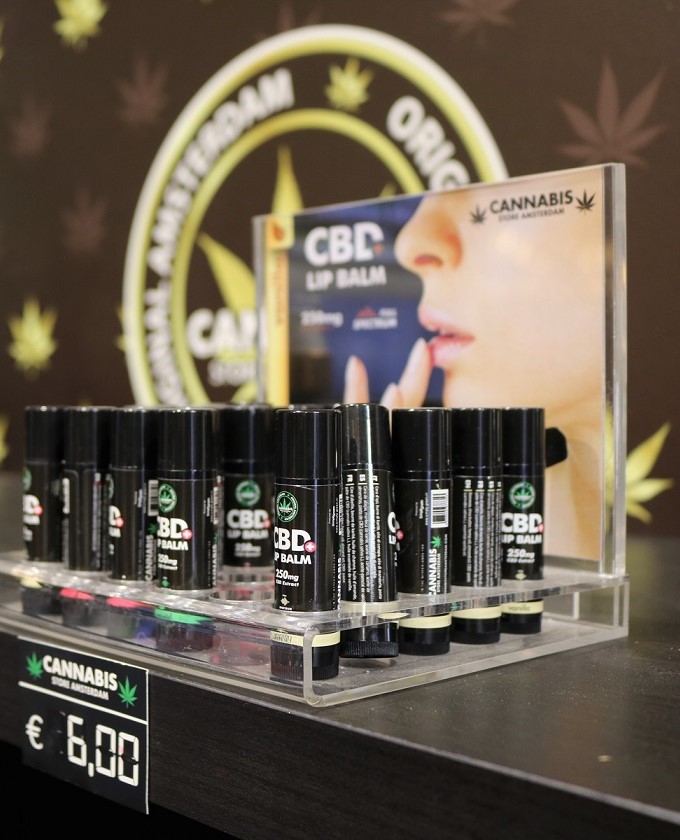 For those people, the chemical can be life-changing. Anidjar remembers a mother and young teenage son who entered the shop together. The mother joyfully thanked her for opening a cannabis store in Madrid, explaining her son had been born with a condition that had hindered his ability to speak. That all changed when a doctor from the United States prescribed CBD pills.

Related post: THE PLIGHT OF WEED CLUBS WITHIN THE GREY AREA OF SPANISH LAW

*All photos were taken at the Cannabis Shop Amsterdam 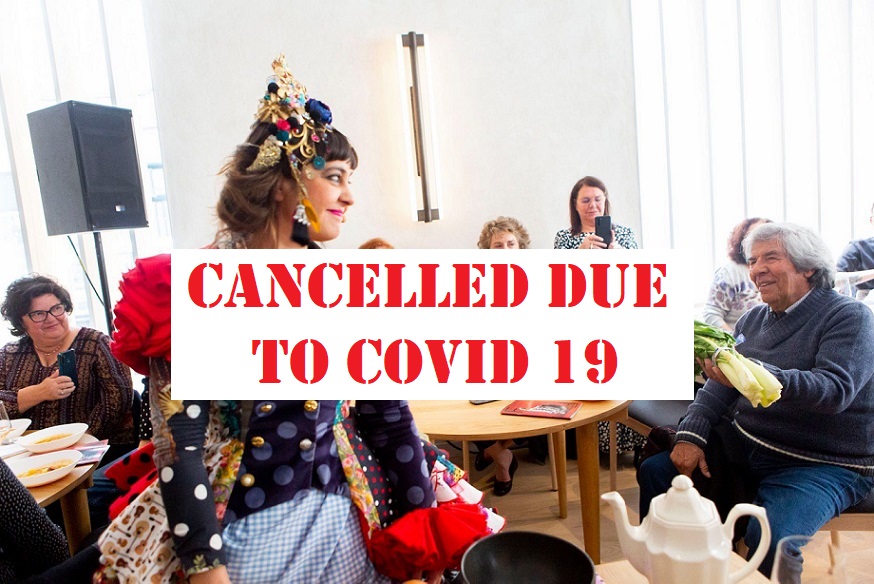 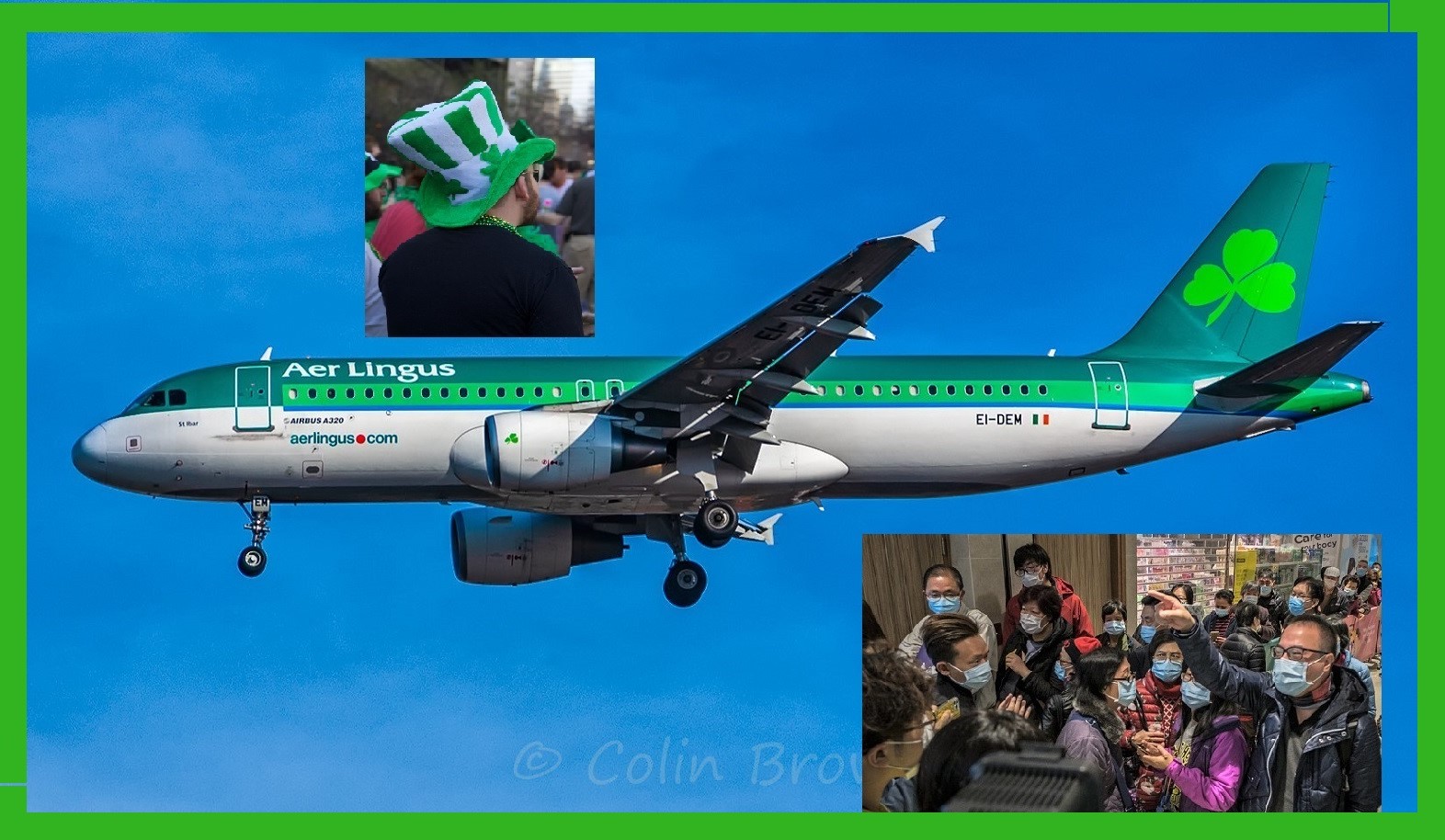