LITTLE NICHOLAS AND HIS DAREDEVIL STUNTS

Spaniards view Pequeño Nicolás as just another national calamity, no big deal. To some, he even seems like someone that the gods have sent to provide entertainment in these times of economic woes

These days he’s the Eight Wonder perhaps not of the world but of Spain certainly. He’s 20 years old, cute and for one so young he’s got the gift of the gab that would turn a professional con artist livid-green with envy.

He’s not just an inveterate name-dropper. He appears in photos with the demi-gods of the Spanish society and uses those photos to “accredit” the “fact” that he’s right there in the enchanted circle of the movers and shakers, from the royalty to past and incumbent presidents of the central government through powerful leaders of labor unions!

Once the media learned about him they immediately dubbed him “Pequeño Nicolás” (Little Nicholas) in allusion to the naughty boy in Le Petit Nicolas, a series of children’s books written by René Goscinny. In a country that has lost much of its faith in its leaders, the appearance of Francisco Nicolás Gómez-Iglesias on the scene might have been the last straw. But strangely, the Spanish people are bearing up well. It’s as if they’ve developed an immune system that anesthetizes them against painful shocks. And now all they can manage is to view Pequeño Nicolás as just another national calamity, no big deal. To some, Pequeño Nicolás even seems like someone that the gods have sent to provide entertainment in these times of economic woes.

The judge handling the case of Pequeño Nicolás has declared it s sub judices and because of the confidentiality surrounding the judicial investigation of his alleged crimes, the public won’t have access to the findings of that investigation until he is tried in court. Nicolás is accused of forgery of documents, fraud and usurping of public functions.

However, leaks to the press plus the media’s own investigation are giving the public a fair idea about him. They know about the humble situation of his family in Prosperidad, a northeastern barrio of Madrid hit hard by the economic crisis. He has left the family home, though.

His address, as it appears on his National ID, is El Viso, an exclusive residential area in the capital, in a large rented house overhung with surveillance cameras and owned by no less than a prince, for Christ’s sake! Prince Kyril of Bulgaria – that’s who the prince is – denies having anything to do with Pequeño Nicolas since the renting out of the house is done through an agency. Moreover, he was not the leasee on the lease contract.

People who had been to the house attracted by the prospect of succulent deals, if not actually cutting deals there, and the chance of accessing the economic and political elites through Pequeño Nicolás, say some of the cars often parked at the gate belonged to high government officials.

Pequeño Nicolás claimed that he represented the powers-that-be in Spain’s central government and enjoyed close contact with King Felipe VI. His main proof of this fantastic claim are the photos where he, ostensibly the savvy power broker, is shown hobnobbing with the personages.

Indeed there’s that famous photo where he is seen shaking the hand of the newly enthroned Felipe VI at his inaugural reception in the Royal Palace. There’s another photo of Nicolás seated beside the powerful ex-president of Spain, José María Aznar, during a conference hosted by the think-tank foundation, FAES, which Aznar presides. Yet another “embarrassing” photo shows Esperanza Aguirre, then president of the Autonomous Community of Madrid with Pequeño Nicolás at her side during the celebration of the Fiesta de la Comunidad de Madrid. In a recently created Facebook account “about the life and news of big Little Nicholas,” the profile picture is that of Nicolás wearing a Mona Lisa-esque smile and Madrid City Mayor Ana Botella, wife of José María Aznar, laughing into the camera.

Treated to these extraordinary photos, one might understand how even veteran politicians and astute businessmen could have thought he was a real McCoy and associating with him could be profitable. If one still doubted that he was genuine stuff one only had to be with him and see how top of the top drawer he acted, in preppy suits or studiedly casual shirtsleeves. He could be imperious when the role he was playing demanded it of him. In the company of important diners he got his drink first.

More props: he drove Audis and BMWs when not being chauffeured. And who was to know that they were rental cars? To get out of a pesky traffic jam he’d clap a fake police light on the roof of the car.

One of his most hilariously daring capers, carried out in broad daylight and in the presence of an entire town, was to spread the rumor that the Spanish monarch was going to Ribadea, an unprepossessing town in the Galician province of Lugo. On hearing the news the local police scrambled to put together security measures worthy of a royal visit. The mayor, Fernando Suárez Barcia, got ready to welcome His Majesty.

Since Felipe VI was supposed to lunch in a local restaurant the people trooped there. And who did they see? Just Pequeño Nicolás and his entourage! He had driven to Ribadea with a Madrid police, plus a few cars for escort of course, and now the poor officer is in trouble because even though he was then off duty, the City Hall in Madrid just didn’t like to appear like Pequeño Nicolás had their backing.

Nobody could say for sure when Nicolás started his fraudulent shenanigans but it is estimated that in his brief career he had swindled some €100,000 (US$126,500). Among others, he had passed himself off as an advisor to no less than Vice President Soraya Saenz de Santamaría and as an insider of the National Intelligence Center (CNI). Without batting an eyelash he told the likes of construction baron Juan Miguel Villar Mir and the superinfluential president of the Madrid Business Confederation (CEIM), Arturo Fernández, that despite their own connections they need him to facilitate deals for them.

It was while he was posing as a CNI agent that he was finally nabbed. But so far no private individual or company is suing him, just the police. Which could either mean that they are too embarrassed to testify being duped by a college student who seldom attended his classes or they are afraid it would come out during the trial that they had paid him grease money. His well-placed cohoots, if indeed he had any, would not want to figure in law suits either.

How in the world was Pequeño Nicolás able to gate-crash the tightly secured royal reception anyway? How could he have afforded to enrol in the expensive University College of Finance Studies (CUNEF) in Madrid, hired luxury cars, and paid the wages of his escorts? If all he has to draw on are the meagre resources of his parents, how could he pay his lawyers at the prestigious Sunkel y Paz law office?

It is said that a partner of his had paid the stratospheric rent of Kyril of Bulgaria’s princely house for him. (The partner rescinded the lease last June, Nicolas saying that they were “moving operations elsewhere.”) If so, then he did have rich connections.

Pequeño Nicolás claims that his contacts in the highest realms of power, and the deals he had cut in those places, were no figment of an imagination in constant overdrive. Atty. Victor Sunkel says: “He insists that he does have all those connections. To the police who had interrogated him he gave detailed description of the installations in the CNI. Besides, nobody sneaks in uninvited at the coronation of the king.”

The judge said she could “not understand how a young man of 20, using only his word and under his own identity, could have access to conferences, places and events without his behavior alarming anybody early on.”

Fake or real, Pequeño Nicolás is another blight to the Spanish institutions. And yet it seems that all he has elicited from the people is a cynical enjoyment of the daring peccadilloes of a boy from the wrong side of the tracks although there are also those who think that he and his accomplices should not go unpunished.

Could it be possible that the Spaniards are so tired of the brazen corruption in their country they could no longer rake up rightful anger? Surely there is also an element here of the people’s need to see the funny side of the (short) saga of Pequeño Nicolás if only as a brief relief from disenchantment. 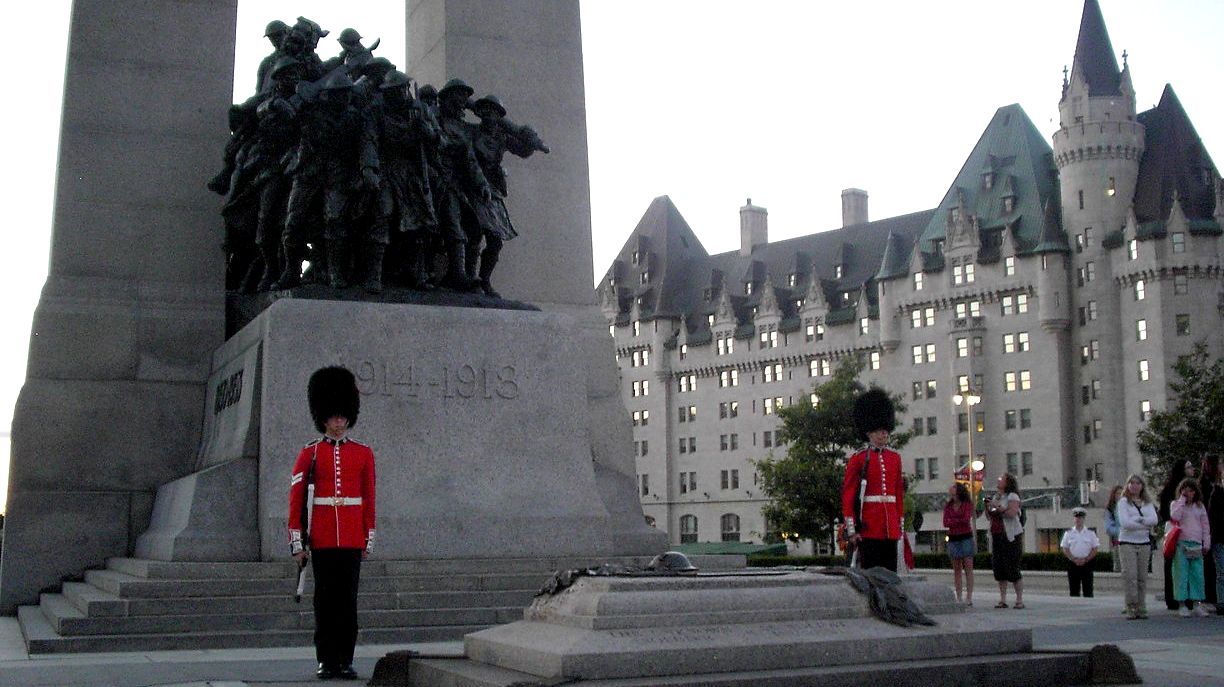 Previous article « Oh, CANADA
Next article The creepiest HALLOWEEN to you! »