LIFE IN TRANSITION: From Showbiz to Churro Cards on Calle Arenal

It’s the morning walk to Spanish class. Cutting through Madrid’s brisk early morning air in January, I pivot my gaze between the weary people above and the protruding stone tiles of Calle Arenal below. I haven’t had enough sleep and the last thing I want is to be bothered, especially by a smiling person. There would be one guy, however, who would surely make my day. 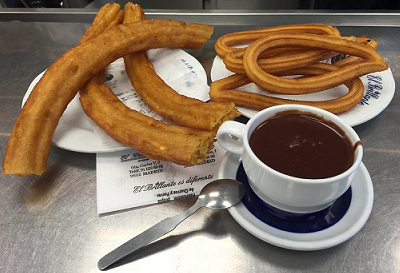 “I wondered who would want churros con chocolate for breakfast and then I remembered this was Spain!”

He was handing out discount cards for churros at Chocolateria 1902. I wondered why anyone would eat churros and chocolate for breakfast until I reminded myself that I was in Spain. The guy was handing out cards at 8:30 in the morning, and he just had to give me one. I took it, but not because I truly wanted churros. To top it off, he was smiling and wished me a good morning. The nerve. 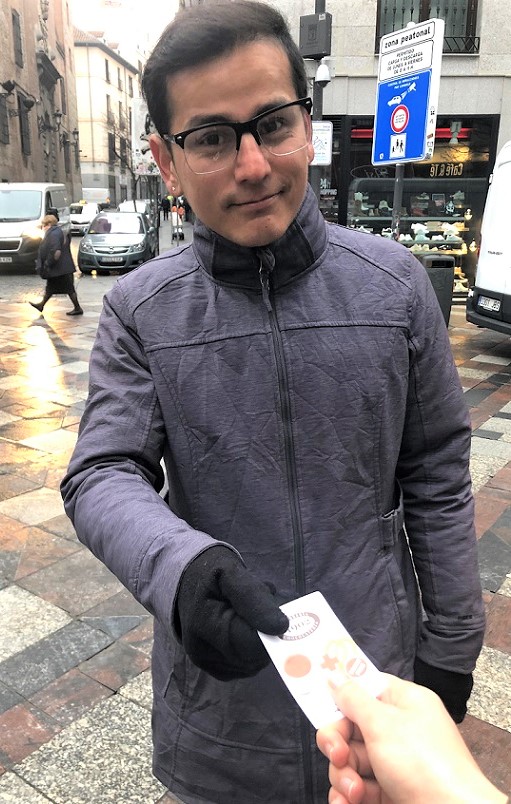 Handing out churro cards so early in a winter morning

For two weeks I passed this churro street salesman twice a day on both my way to and from class. In the beginning, I was annoyed and only accepted the cards out of guilt. Eventually, however, I came to respect him for his positive attitude that enabled him to withstand the countless passersby who couldn’t be bothered by a smiling face. I had to get to know the churro salesman because I myself want to develop this immunity to rejection. The fact that he spoke English helped enormously.

The 31-year-old bespectacled Robert agreed to let me pick his brain at a Starbucks. Planning our first interview, he says we’ll meet in his ‘outdoor office’ – the intersection of Calle Arenal and San Martin – at 8 p.m. American time. “What do you mean American time?” I ask, “Aren’t we in Spanish time?” “No,” he replies. “Meeting at eight means meeting at eight and not any time after.”

But as it turned out I waited 10 minutes after 8 until he was ready. There must be something in the Spanish air that makes people tardy. Soon enough, a caramel Frappuccino would spill the secrets out of him. With the truth serum activated, I asked, “So, how do you always remain so pleasant while working?”

“I’m smiling all the time,” Robert said. “I always have the right attitude–smiling.” According to Robert, his boss, Juan, appreciates this quality in him.

Juan describes Robert’s job as “public relations” or “flyer distribution.” The purpose of the job is to bring clients to either of the company’s two restaurants, Madrid Grill or Churreria 1902, which are across the street from each other on Calle San Martin.

In order to be good at this job, Juan says, “you can’t be shy, you have to be able to talk to people easily, you have to know how to sell products, and you have to be consistent.” The chocolate boss adds, “With more cards, there is a greater possibility of entrance.”

On his first day, Robert brought 32 clients into Churrerría 1902

Robert brought in 32 clients to the chocolatería on his first day of work last November. “Thirty-two is good,” according to Juan, “but it’s little. We have to fill three floors and one floor seats 60. But for his first day, 32 is good. I believe Robert does well and little by little he is improving.”

It’s hard to imagine the average person enjoying a job that consists of standing in the cold, approaching people for hours on end. “It’s tiring to be standing up the whole time,” Robert says, “but when I see other people at their work, I realize I have an amazing job. There are one or two faces with bad attitudes, but I have seen millions of people [Madrid has a population of 6.55 million], I have met a lot of people, and I have a lot of new friends.”

I also had no idea Robert was a former singer of a famous Nicaraguan band called Mokuanes. He can dance and sing to the styles of cumbia, bachata, salsa and reggaeton. Not to mention, he has traveled and performed all over the United States, Canada, and Latin America. Now, of course, he lives and works in Spain. 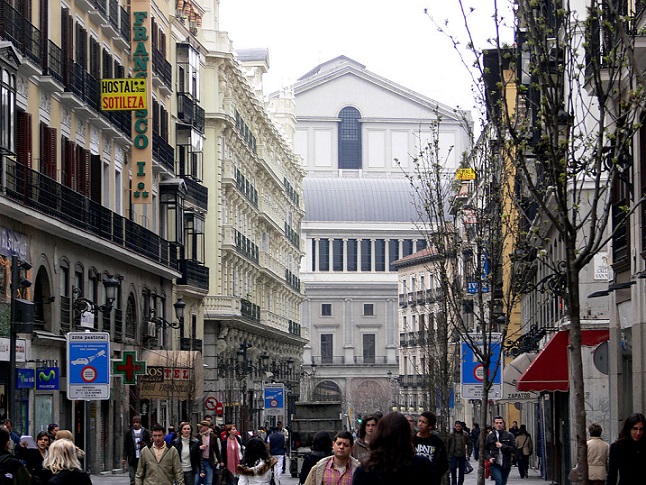 Robert: “I have seen millions of people, I have met a lot of people, and I have a lot of new friends.” (Photo: the busy Calle Arenal)

There were nearly 6 million foreign-born people in Spain as of 2018 according to Datosmacro.com, a website that provides economic and social demographic statistics. Immigrants now account for about 13% of the country’s population, making Spain an attractive place to live in. Robert, who represents his chocolatería well, is just a tiny speck of that 13%.

Apart from his fear of the gang culture rampant in his home country of Honduras, Robert came to Spain because he believes Europe is a more accepting place. “People in Europe,” Robert points out, “have a more open mind than all of America.” And yet, even though he speaks Spanish, life in transition is not all positives. There are negatives too.

“The first days it was really hard,” he admits. “I used to be the focus of attention, but now I’m in a place where no one knows me and many times people reject me because of my work. But now I am all right and I am learning to live with it… You can’t believe it but that I don’t even remember anything about my past life. I’m comfortable now.”

He starts work at 8 a.m. and many times doesn’t end until well after 8 p.m. To some, his job may seem exhausting, but to Robert there are others who aren’t as lucky, who can’t find work. He wakes up each morning to pray and express thanks before looking into the mirror and smile. 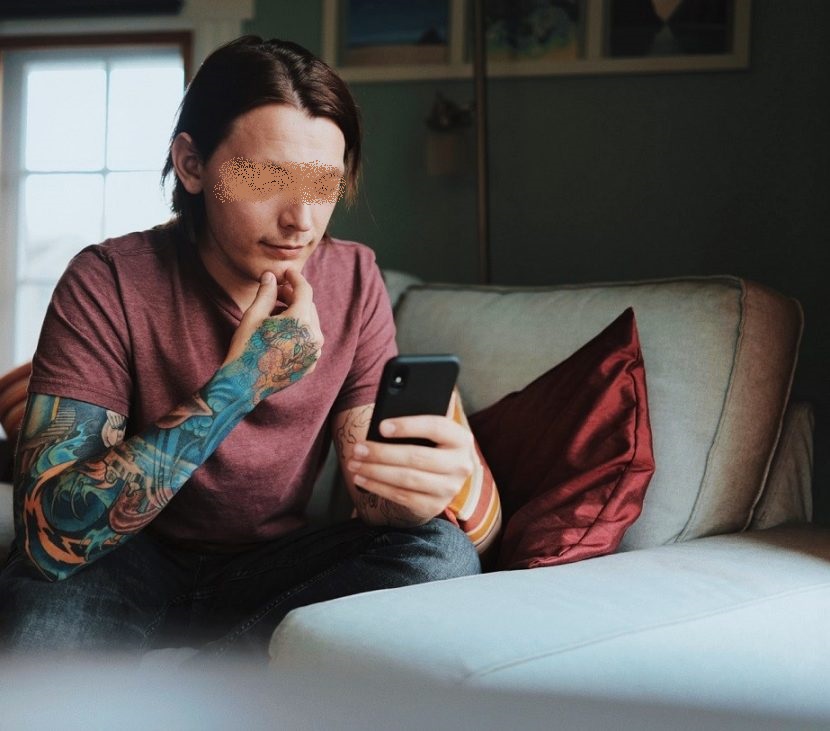