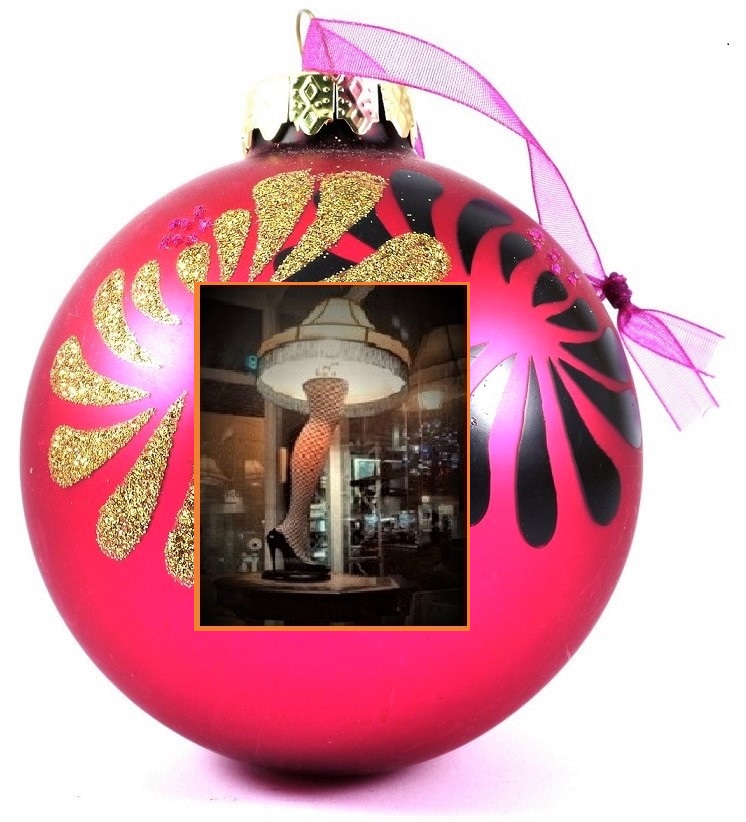 Northport village elders feel that anybody can light a tree, or ride into town on horseback, but
you have to have a certain, uh , ‘special outlook’ on life to light a lamp shaped like a leg

In the 1970s,  Alpedrete, Madrid, was famous for its Fiestas Navideñas. Village elders rode into the village on horseback dressed as The Three Kings in full regalia, including the latest in gold teeth from the local dentist. We drank out of a cauldron of hot broth, passing the ladle from one to another and spent the rest of the evening drinking copious amounts of alcohol at the local bar ostensibly to kill the germs we had previously shared with all our fellow neighbors. 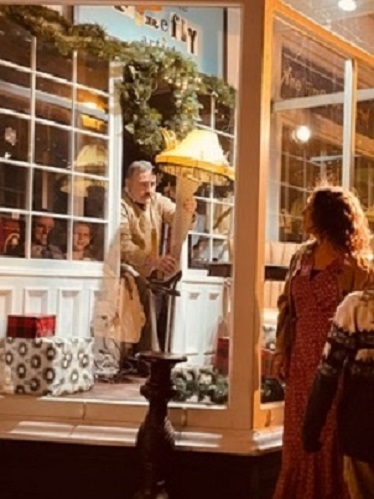 Finding a home for the leg

Fast forward to 2022, the era of artificial intelligence, virtual reality and CGI movies, and what do we have in Northport, Long Island, a village forty-six miles east of New York City? A leg lamp lighting ceremony! Northport village elders feel that anybody can light a tree, or ride into town on horseback, but you have to have a certain, uh , “special outlook” on life to light a lamp shaped like a leg. 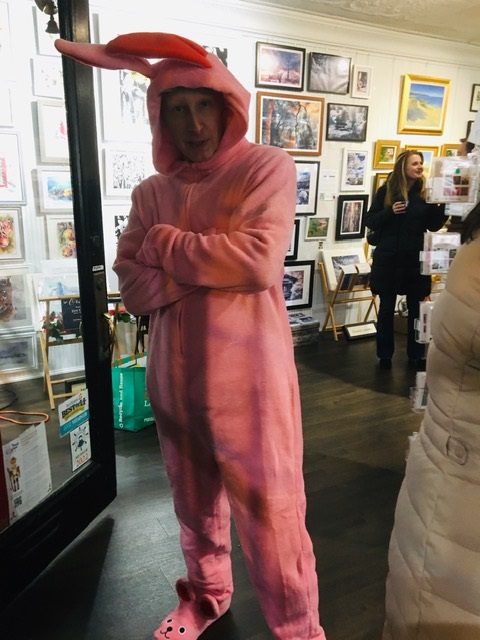 Apparently, the idea came from a 1983 movie, “A Christmas Story”.  The patriarch of a mid-western family receives an unknown “major award” close to Christmas. He reads the sign on the box marked “fragile” as fra-gee-lay and thinks it’s something Italian. His disappointment at not finding pizza was soon overcome when he pulled out a shapely leg with a satin lampshade as a skirt. The mom quickly slapped their young son’s hand as he reached up under the shade, narrowly escaping an x-rating. The lamp was eventually lit and the little boy was made to wear bunny pajamas for the rest of the film as punishment for peaking up the leg once too often.

Northport also has its share of people who need to dispel germs, so one night about 17 years ago the hardware store guys were imbibing at Jack Kerouac’s old hangout next door and at one point decided it was a good idea to get out a leg lamp from the store inventory, put it in the front window and light it.  They went home thinking no one would notice. Well, It was so well received that it became a yearly tradition until the Covid pandemic shut it down. 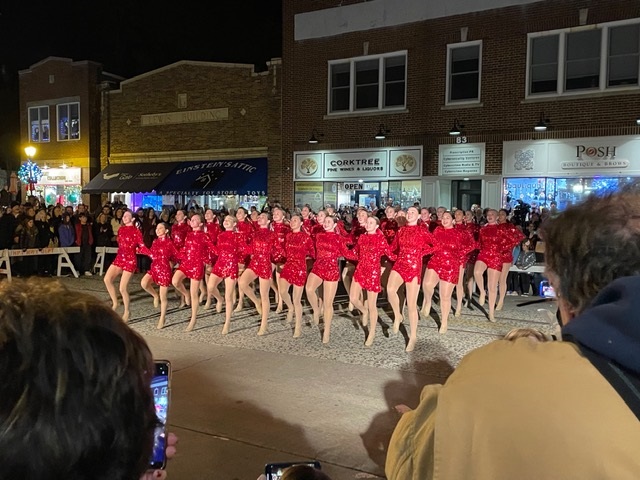 Now we’ve gone from a handful of guys shouting “cheers” to a leg lamp to a big standing room only extravaganza. Ye Olde Hardware Store is now The Firefly  Art Gallery, which hosted the event – nothing like art to give a leg lamp gravitas. The Tigerettes dance team did some high kicks, the ballerinas from the dance school leapt down main street and carolers in top hats warmed up the crowd before the actors appeared to open the “fragile box”. Eat your hearts out you three kings trying to make your way through a crowd on reluctant nags. 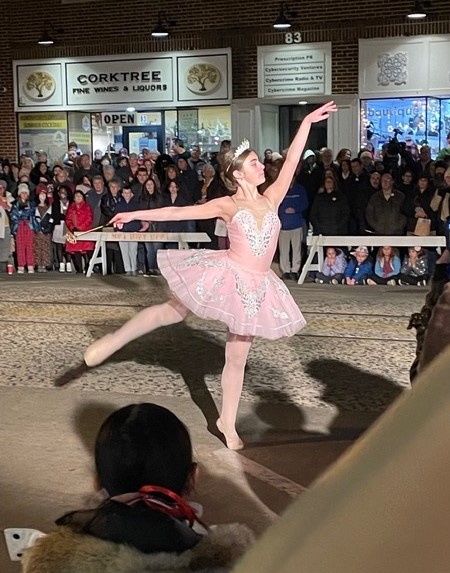 After the reenactment, much of the crowd dispersed through town, but a fair number went into the gallery to see what the lamp looked like from the back, or perhaps just to have some wine to fill their own hollow leg… The lamp will stand on its own until the Christmas season is over. 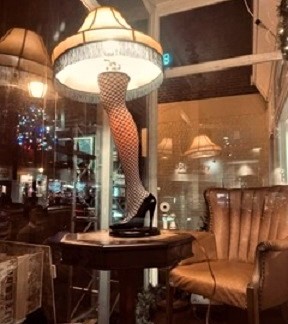 So, let Margate hang a wreath on their famous restaurant-sized elephant, let Flanders put lights on their store-sized duck, but Northport, with its lamp ceremony, definitely has a leg up. 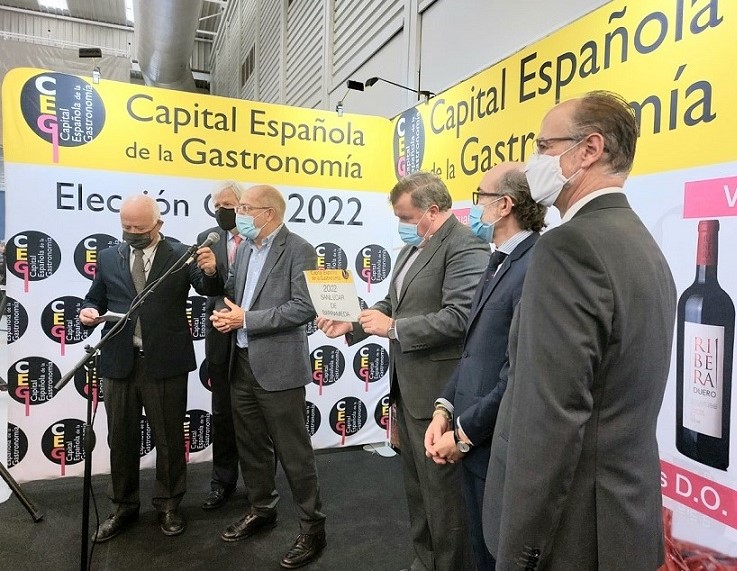 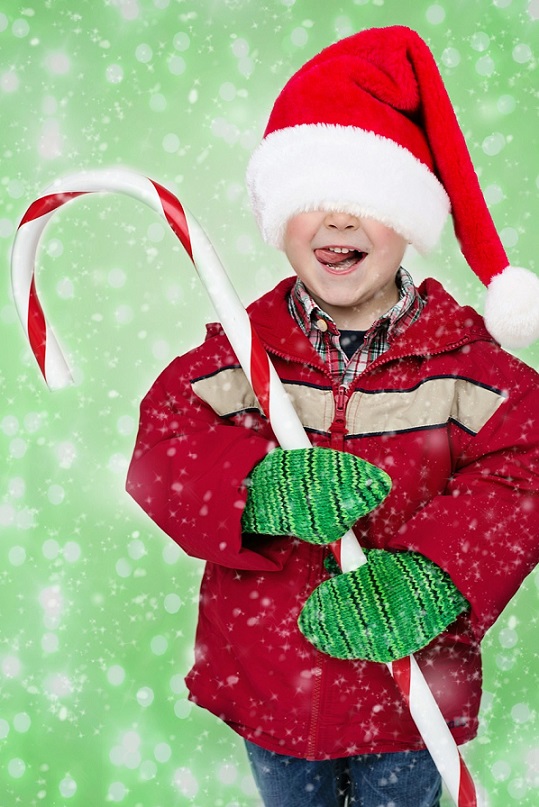 Next article A SECOND OPINION: Time for a Jolly Christmas and a Happy New Year! »