The recent history of Spain has been decisively influenced by the military, commercial and socio-cultural presence of the United States in the country, and especially in Madrid. The Rota Naval Base, for example, which was constructed in 1953 by America in the southern province of Cadiz and is used jointly by the Americans and the Spaniards, was, like the other military bases built by the Americans around Spain, responsible for mitigating the political and economic isolation of Spain at the height of the Franco dictatorship (1939-1975).

The American Club of Madrid, which is just a year older than the Rota Naval Base and founded by CEOs of the super-influential American companies based in Madrid, proved to be an irresistible magnet to the power elite of Spain. Today the ACM continues to be an important business and social forum in Madrid.

InterCon Madrid’s special way of honoring its well-traveled guests: an impressive display of old luggage at the lobby of the hotel. The very sight made the Gala Night guests soooo nostalgic!

The American hotels were venues for glittering social events where the crème de la crème of the socio-political Establishment as well as the international jetters came to see and be seen. Among these frontline hotels was, and still is, the InterContinental of Madrid. (Then American-owned the InterContinental Hotels Group is now British.)

The Hotel InterContinental owes much of its innate elegance to the fact that it traces its origins to the Marquis de Mérito’s 18th-century palace. La Placita (Little Plaza), which used to be the entrance for the aristocracy’s horse-drawn carriages, now serves as the entrance where limousines drop their distinguished passengers (heads of state, royalty, ministers, ambassadors, celebrities like rock and movie stars . . .) who are then ushered onto the strikingly beautiful lobby, a luminous central rotunda of marble floors and columns under an elegant dome ceiling.

Through the years an unbroken line of royalty, celebrities and intriguing incognitos has stepped down from limousines at La Placita and made for the fabulous lobby of InterCon Madrid. Above vintage limo was on display at La Placita on the Gala Night.

The location of the InterContinental on the treelined Paseo de la Castellana also goes a long way in maintaining the hotel’s distinctiveness. Castellana, Madrid’s most prestigious thoroughfare, is in the hub of everything that counts: finance (Madrid’s financial center is on Castellana); art (the Prado, Thyssen-Bornemisza and Reina Sofia museums); and sports (Real Madrid’s Bernabeu Stadium).

Just off Castellana there’s the iconic Serrano Street in Barrio Salamanca for upscale shopping. And if that’s still not enough there’s the fact that the Barajas Airport is only a short taxi or Metro ride away.

All these features are the result of fortuitous history and geography and they’re not enough to make the InterContinental the outstanding 5-star hotel that it is. Painstakingly fashioned management policy and enlightened guiding principles must come into the fabulous mix. And they do in InterCon Madrid.

WHAT IS THERE TO CELEBRATE 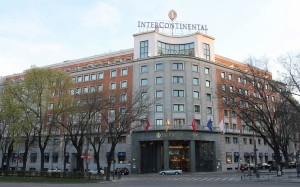 Right after World War II Juan Trippe, founder of the Pan American World Airways, launched the InterContinental Hotels and Resorts (April 1946) and by 1949 the Pan Am division has opened its first hotel in Belém, Brazil. It was the world’s first truly international hotel brand. And yet for all its global reach, the hotel chain has always paid special attention to local culture.

In no time at all the InterContinental Hotel Corporation (now InterContinental Hotel Group or IHG) trailblazed its way across the globe and in 1953, to the delight of the natives and the expats, the Hotel InterContinental was inaugurated in Madrid. The 7-story hotel on 49 Paseo de la Castellana houses 302 guest rooms most of which are Superior and Club rooms, nearly 50 are Executive rooms, more than 20 are suites, three are Presidential Suites, and there’s a spectacular 400 sqm Royal Suite on the top floor.

All have either fabulous views of the Castellana or the hotel’s splendid private garden.

IHG is a network of more than 150 hotels in 65 countries that combines with remarkable success the exigencies of global excellence with the specificity of the local cultures. Or, as Mr Manrique Rodriguez, General Manager of InterContinental Madrid, told GUIDEPOST, “The InterContinental is a Spanish hotel in its manner of working [es un hotel español en su manera de trabajar].”

Manrique Rodriguez, the proud general manager, on the gala night of InterContinental Madrid 2013

So much so that when the traveler checks in “se siente como en España.” He will know at once that he’s in Spain and feels that he is in Spain, not in any nameless place.

Mr Rodriguez compares the InterCon in Madrid with the El Corte Inglés department store “que es español [which is Spanish].”

This triumph of local culture over the cold and faceless commercialism of many otherwise excellent hotel chains, not to mention cutting edge facilities and highly qualified personnel without whom no 5-star hotel can be truly luxurious, is what puts the IHG among the very best of the world’s 5-star hotels.

Mr Rodriguez has pointed out to us that years of impeccable service on the part of the hotel, and the loyalty of the hotel guests, have generated lasting mutual trust (“confianza mutua”) .

Incidentally, the youthful manager is a warm-hearted Costa Rican whose people-oriented management style and motivational approach have enabled him to scale the corporate ladder at InterContinental Hotels Group without undue upheavals. At 50 years old he has spent literally half of his life at IHG where he started out as a management trainee at Tamanco InterContinental in Caracas, Venezuela in 1988. That was immediately after earning his degree in Hotel and Tourism Management from the Centre International de Glion, Montreux, Switzerland.

Throughout 2013 there’s a series of celebrations to mark the 60th anniversary of Hotel InterContinental Madrid. There’s certainly cause for celebration!  The gala event was held last 10 October when the hotel opened its doors to over 400 movers and shakers of the diplomatic corps, the world of finance, and the like. Champagne was no less than Moët & Chandon and luscious oysters to match. It was a GREAT party.

And who must have organized such a mammoth event? Why, Ms Marisa Martin, of course, Director of Sales and Marketing at InterContinental Madrid.

Allow Us to Introduce the Savvy Organizer to You

Marisa, a Madrileña, typifies the citizen of the world who would feel at home wherever her work and leisure (whatever little time she has for the latter) take her. She would have to feel this way if she must survive the exigencies of her job.  Because of it she’s out travelling for the better part of the year, especially in the United States and Mexico – but also Venezuela, Brazil, Colombia . . . It’s a job she likes enormously.

And yet she admits that she cried when she left home for Minneapolis, USA, for her master’s degree. And she cried when she had to return home three years later! It is quite understandable really. The American family she stayed with treated her like she was one of them. She felt good. It was “a very positive experience,” not least because she found herself a boyfriend.

Traces linger of that graduate student who ended up living in Minneapolis as though it were her hometown. Marisa is seldom fazed by her challenging job. She once said that organizing events in and for the hotel is tricky and that one must expect that something will go wrong somehow. What to do? Keep a contingency plan up your sleeve.

While Marisa could talk like any regular she-mortal, there’s that omnipresent hint of a cool and collected executive about her. And so we asked if she’s ever stressed out. And she was quite emphatic: she does suffer from stress!

She works long hours, but is that any surprise? Her schedule is jampacked with meetings, business lunches, travel, not to mention office work. “It’s not an easy life.”

But she adds that she has a great staff of 19 people who work for and with her. She loves motivating and listening to them.

And is the ongoing (economic) crisis impacting Hotel InterContinental Madrid?

Marisa, always quick with her responses, assures us that it does not. Not when one approaches the situation with the necessary realism. From there the crisis could be converted into an opportunity for creativity and innovation. Admittedly, the circumstances demand greater effort and more work but who’s complaining?

Marisa Martin will deliver. That 10 October gala of the Hotel InterContinental’s 60th anniversary was no mean feat, bringing together nearly 500 people in an enclosed area – though it was glamorous – and still expect them to have a great time. Now, this had to be planned meticulously. Marisa, with her motivated team, carried it off like it was something she does any day of the week. 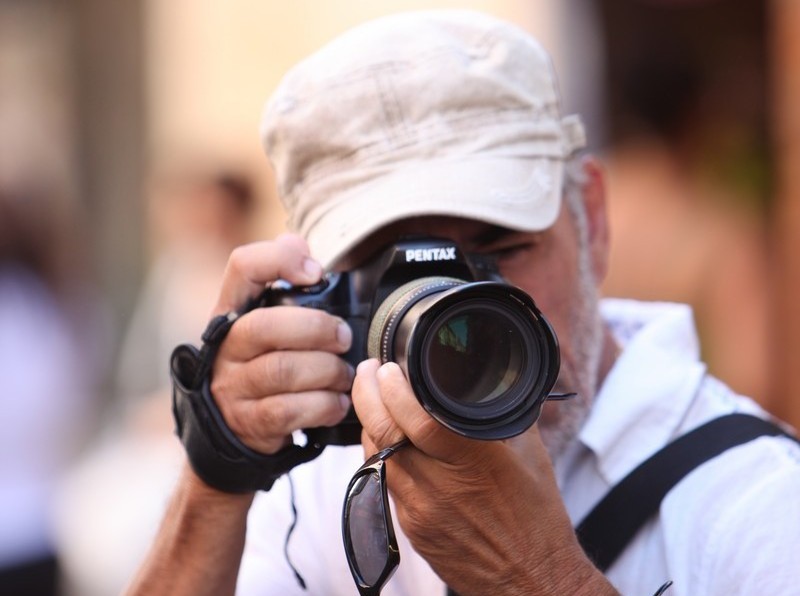