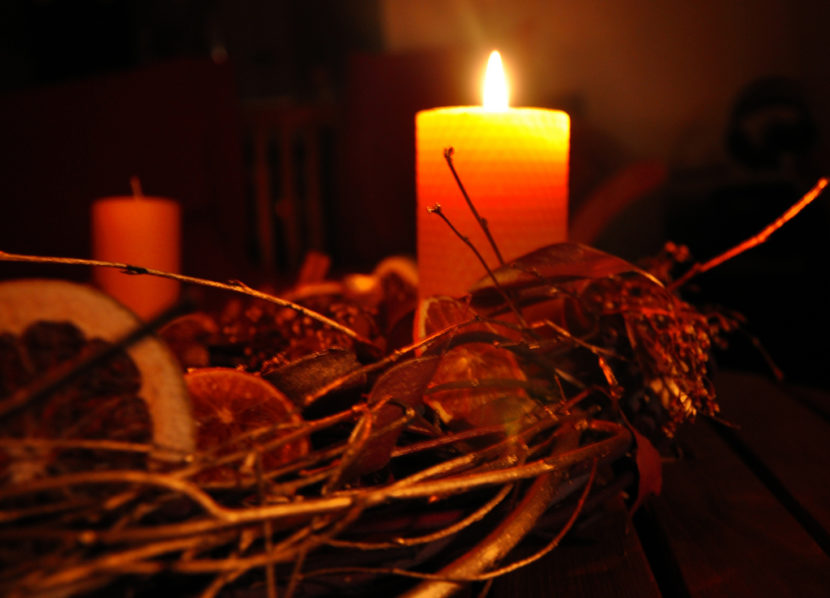 “She was invited, welcomed and respected everywhere as she covered the entire
gamut of the English-speaking community in Madrid for Guidepost. Everyone liked Jean. They were always happy to make her part of their celebrations”
–

At 8:00 PM on the 27th of September Guidepost celebrated “A Service of Thanksgiving for the Life of Jean Patricia Allen (25th April 1929 – 28th September 2014)” at the St. George’s Anglican Church in Madrid. It was a celebration of a life well-lived, and to the hilt. A life that touched people and, one way or the other, made their lives all the richer for it.

Though many couldn’t come for the sheer distance to Madrid from England, the States, etc. (as Mary Foran of Stateside Stories said, “I would have loved to join you all at her memorial”), the church was full of the people who had known Jean throughout all those wonderful years she was with us, some coming all the way from the North and South of Spain. George Piquera showed up after 50 years of absence, after he left Guidepost as editor to work with the BBC!

Two Guidepost editors: George, shown with Rose at the tapas and drinks, after the service. He returns to Madrid, on account of Jean, after 50 years of absence

Stirring were the hymns “Morning Has Broken (Mine is the sunlight, mine is the morning)” and “All Things Bright and Beautiful (All things bright and beautiful, The Lord God made them all)” at the service.

And deeply touching was Guidepost Publisher Dan Lowell’s Tribute to Jean (see below), as well, of course, as those of Jean’s two close friends’, Pamela Alba who came over from Marbella, and Madrid’s Ann Allbriton.

Dan spearheaded the celebration, with the much-appreciated help from Nina Valdes who handlled all the great food and drinks over which we renewed interrupted friendships, reminisced about the good old times, as well as looked to the many bright years ahead. Long live! Rose Maramba, Guidepost Editor

And so does Pamela who came all the way from Marbella

I met Jean when she first came to Spain and became the flatmate of a girl I worked with, Mimi Abelleira. Jean had a special charm. She was very personable, very friendly, had a good sense of humor, liked to socialize, and made lasting friendships easily.

We were very impressed with Jean. When we started the Guidepost back in 1958, though she had no journalistic experience, we asked her to become our Society Editor which she accepted. Jean’s presence helped make the Guidepost offices a very pleasant place to be. We certainly made the right choice as very soon her column became the heart and soul of the Guidepost. She did a magnificent job all her years with us.

Jean remarked more than once that she had found the perfect niche and was really happy with her life. She was invited, welcomed and respected everywhere as she covered the entire gamut of the English community in Madrid, all the clubs, organizations, embassies, schools, churches and private parties. Everyone liked Jean and were always happy to make her part of their celebrations. Jean also was very active in the community and was a very effective director of the American Club for many years.

In December of 2011, Jean went to England to spend Christmas with her folks. She fell ill and was unable to get back to Madrid. Fortunately she was staying with her sister–in–law, Joy Allen, who took very loving care of her.

We were constantly in touch with Jean by phone during the years of her trials and kept up with her problems, medical tests and her life in general. She always was optimistic and positive-thinking. A month before her passing, she called and said she had cancer of the liver, with no cure possible, and that she was going into hospice.

Two years ago tomorrow Jean passed away. We were very deeply saddened when we heard the news. It was a very great loss to all of us. We received many messages of condolences when people heard the sad news.

Mike Jordy and his family lived in the Edificio España where we had our offices and knew Jean well.

“Both Nancy and I were deeply saddened to get the news about Jean,” he wrote. “Things – too many to count – flashed through my head when I got your e-mail. The first time I met Jean was in our living room, in the Edificio España, after she climbed twenty floors up to the 20 Dcha. to visit with my mother, since, as you remember, she couldn’t stand taking the elevators, even the so called modern ones, in the Hotel Plaza!

“That was sometime around 1958-59, I think. She was such a great fun part of Guidepost, at all the dances and parties and dinners, and on and on. . .  She had a fabulous life in wonderful Madrid and Spain in general, through the fifties and sixties (the best time  of all our lives, I think), and later through the seventies and so on…

“You were an intimate part of all that, as were all crazy Madrileños de aquel entonces.

“Indeed she will be very greatly missed. . . And I would wager that she is being welcomed into the Club Anglo-Americano de Madrid (Heaven’s Gate Branch) by the gang that preceded her – including the Jordys, Priors, Bob Perez & Cia, the Closes, the Germans, the Robinsons. . . the list is endless. They probably have La Piscina del Piso 26 with  a special Guidepost Office to it.”

Rose Carmelitano was one of Jean’s best friends. “What can I say? I feel I lost my sister, my best friend and that you must feel the same way,” she said.

Rose was right, we all miss Jean greatly.

Previous article « YOU TUBE TREASURES FOR YOUR EARLY AUTUMN PLEASURE! 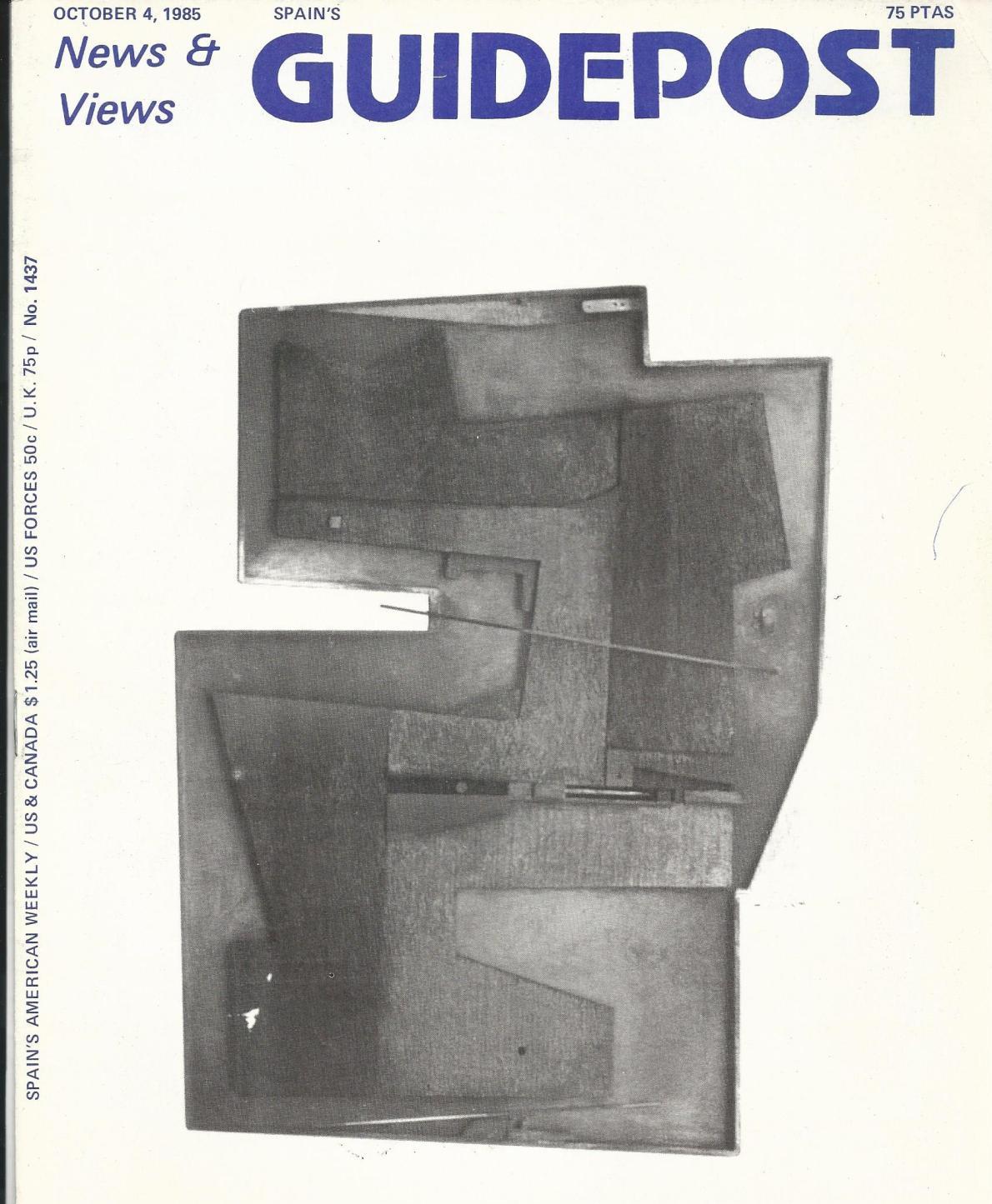 Next article A GUIDEPOST REPRINT: WHO’S WHO, WHERE AND WHY THIRTY YEARS AGO TODAY »