IT’S ALL ABOUT BEING HERE 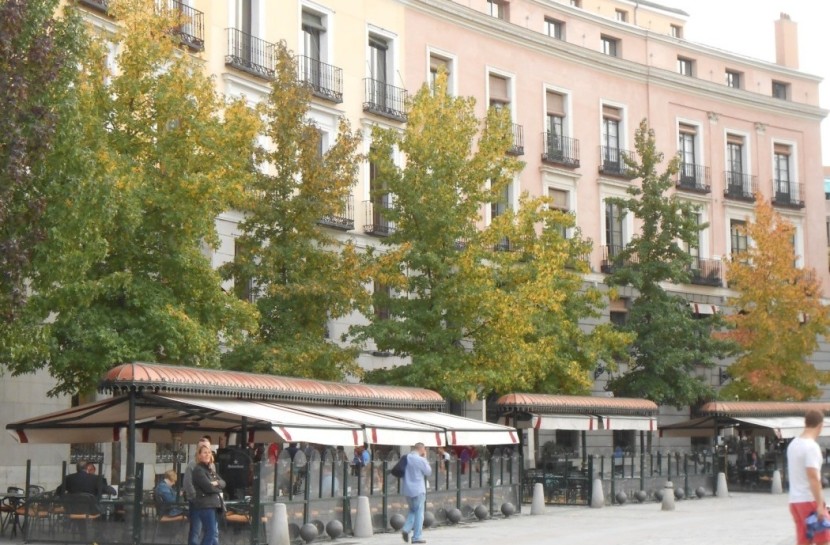 The plane flight from Dallas via American Airlines is fueled by a senior – and notably handsome – pilot. We glide on velvet air out across the Atlantic, but seamless flying and almost decent airline food is sadly countered by seats from hell barely wide enough for an undernourished waif let alone a horde of overfed tourists heading for Spain!

Arriving thus diminished in Madrid at 10 the next morning, the rest of the day is a sad endurance test, but the powerful charm of simply being in Madrid combined with fresh morning air wafting over the Templo de Debod park, an authentic two thousand year old Egyptian temple in its midst, and the Sierra de Guadarrama mountains within view to the north, raises the most jet-lagged traveler from near-fatal exhaustion to life and hope.

Not quite the Templo de Debod but near enough — literally

This calming and peaceful park where many do yoga in the mornings, and run their dogs, was once the scene of horrendous battles between Franco’s men and the defiant Republican Army (Los Rojos, Communists only in name) endorsed by Hemingway and his comrade in arms, ace war photographer Robert Capa from New York-via-Hungary, along with writers and foreign correspondents from all over the world, in many cases dying for a cause they so strongly believed would “save” Spain from impending dictatorship.

If Spain is still in “crisis”, i.e. on the verge of economic disintegration, wtih hungry, jobless people combing the streets, many sleeping under piled-up cardboard boxes along Madrid sidewalks, an unsettled government in the throes of re-creating “democracy” and trying to convince the Catalans not to vote themselves out of the constitution to become “independent”, why then do people still flock to a place verging on chaos? How can instability appear so calm?

It is the animation and high energy that emanate from the ground up, the strong smells of subtle Mediterranean dishes simmering in olive oil and garlic, the funny short-legged Madrid dogs that run their masters, not the reverse, spoiled and lapping it up, with more personality than dogs in most other places. Really, there is no logical explanation!

Maybe it is the crowds strolling on a cool evening street after a warm sunset over the Sierra de Guadarrrama to the north, umbrellas popping up in sync with the first drop of rain, the unhurried atmosphere of a city of over 3 million that refuses to be pushed feet-first into the un-Aquarian Age of the new “god”, Internet.

Bars, all within easy reach

There is always a bar at arms’ reach in Madrid – thousands of eateries in fact – with its own unique tapas, as hunger rules in Madrid 24/24. Smells of chicken – or almost anything except dessert – frying in garlic and olive oil mingling with strong café and hot butter croissants in the early morning all keep the appetite at a peak!

Back home in the crystal-clear Rocky Mountains, towns are pristine, unimaginably clean and full of nervous people speeding in all directions looking for a bigger buck to beat off the rising cost of gas, butter, milk, eggs and bread. In Spain, these staples, not to mention the omnipresent Starbucks cup of coffee, 50 % higher than the same size Starbucks in New York or Montreal, have gone through the roof. But many Madrileños still find time to stroll in the evenings and unwind with a “copa” or glass of wine, which always comes with a “pincho” to ward off the major appetite coming at 10 p.m. or later, for another exciting meal at home or home-cooked by families running small one-fork hideaway restaurants.

The humble one-fork restaurants are more frequented by Spaniards in the know than by travelers because these places don’t advertise in tourist bulletins or hotels. Try Los Chanquetes at the top of Calle Moratin – Metro Anton Martin – delicious meals and breakfast in the morning offers fresh squeezed orange juice and fresh toasted butter croissants with jam. Chanquetes is a small local place not easily forgotten with amiable Chef Lorenzo having spent 5 years in cooking school, and a complete meal with wine and dessert for about 11 Euros. Around the corner on Calle Amor de Dios is La Sanabresa, the old standby once given a glowing write-up in The New York Times. Another totally memorable inexpensive eating experience guaranteed!

Retired toreros can be found reminiscing at the bar in Los Chanquetes , as well as some of the Flamencos out from rehearsal at Amor de Dios studios across Calle Atocha, plus tourists strolling from shop to shop around the Barrio de los Artes with its old buildings, cafes and artists’ studios of every kind sprinkled liberally up and down the narrow uneven cobblestone streets.

Look up to the tops of Madrid’s lovely old buildings

Unlike North Americans, Spaniards somehow manage to put personal well-being foremost: “Look to this day, for it is life, the very life of life. In its brief course lie all the verities and realities of our existence….” A bad day at work, a day of work without income, we all know them. But Spaniards appear to find escape in lively discussions over a morning coffee while the world spins past and life is momentarily good, even with unpaid bills. Same in North America but only half the number of cafes!
Find streets bustling with cars and humanity irritating? There’s an easy solution. Look up to the tops of Madrid’s lovely old buildings as you stroll down the crowded hill from Gran Via to Puerta del Sol, the geographic centre of the earth, or at least of Spain! All of a sudden, there are no more people, just silent, majestic and inspired architecture that is oblivious to the bustling gente (people) filling Madrid sidewalks. (Watch your wallet!)

You could be in a different world with only the silent watchdogs of a bygone age soaring skyward unnoticed by the crowds who forget what marvelous art rises immobile above them, perhaps laughing down at the frenzied humanity which they, the creations of bygone architects, will probably long outlive.

Tonight is a fine example of what Germans call Gemutlichkeit or genteel sociability! In the Plaza Santiago up above the Plaza de Oriente, people are seated under large umbrellas as strolling musicians of note entertain at a distance. A guitarist plays a Flamenco and Latin fusion, then a harpist followed by a trumpeter play Blues. They stroll through the dozen or so tables passing a hat, then disappear into the night that has quietly descended, to reappear along to the next cafe down the way.

A man with some real books (not tablets!) under his arm approaches this writer’s table. “I love reading. I do not like football! ” he announces defiantly, football now having almost totally replaced toros on TV blaring loudly from inside almost all the cafes all the time. A tiny cafe can have as many as three good-sized TVs at strategic angles, blaring out the current football match. But, strange to suggest, there is silence in noise! You tune it out and go on writing or reading . . . or just eating happily, oblivious to the “Surround-Sound”!

“Permit me to introduce myself and ask where you are from, Señora,” queries the man with heavy books under his arm, seeing me writing furiously.

Tree-strewn squares (and lovers’ lanes too)

“America del Norte,” I answered, upon which the caballeresque Spaniard, throwback to a bygone age, bows and delicately kisses my hand before a young woman, a granddaughter – or girlfriend (novia) if he is lucky – approaches politely and leads him away

How then to sum up the essence of Madrid? Whence the ineffable charm in the midst of noise and exhaust from too many vehicles in too-narrow streets, bicycles careening down sidewalks, scattering pedestrians in a hurry? Uneven cobblestones, bronze plaques with provocative quotes from Cervantes and other writers in the Arts quarters, tree-lined squares, world-class museums like the Thyssen, the Reina Sofía and the Caixa Forum, recently housing a major Le Corbusier exhibition, and of course the Prado. And so many more – Las Descalzas, Cerralbo, Arqueología, etc. – welcoming Spanish school children, Spaniards of all social classes eager to learn, and tourists alike. Impossible here to summarize Madrid! It eludes the final comment! So we will try another chapter soon in an effort to encapsulate the free spirit of this mesmerizing city!

THE MANY MEMORABLE FACES OF MADRID

Judith is a long-time friend and indefatigable writer of GUIDEPOST equipped with inexhaustible alegría de vivir and TALENT.

Previous article « EXPORT-IMPORT AS A FACTOR OF THE SPANISH ECONOMY 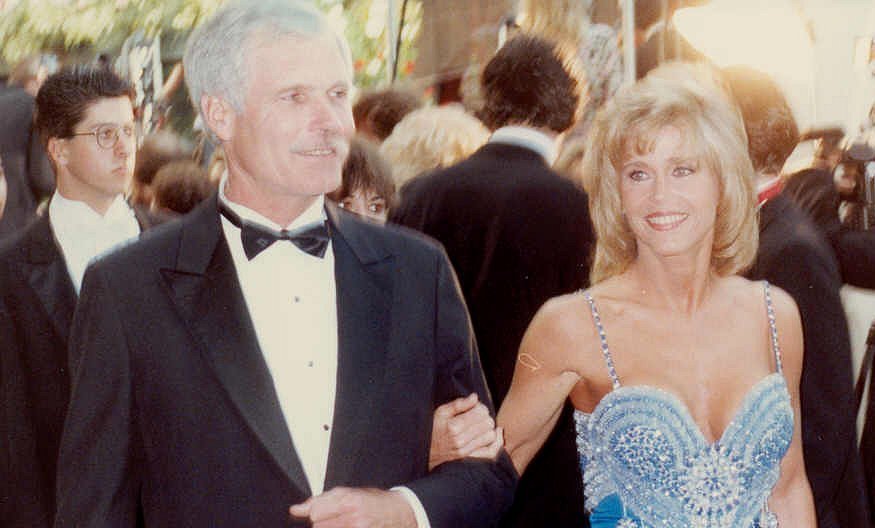