HIT THE ROAD TO THE PYRENEES — I: Go from Olite to Jaca 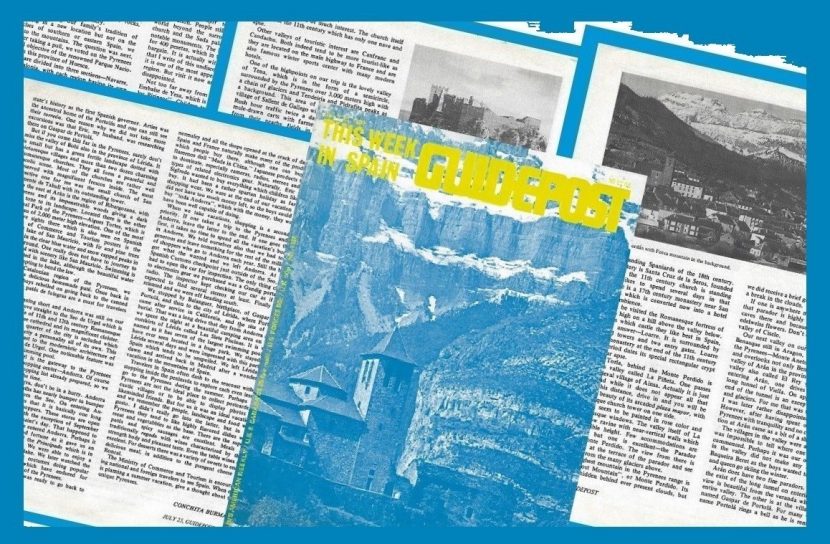 PART I: From Olite in the Pre-Pyrenees to Jaca
Get away from the beaches and the crowds and breathe some really fresh air

There exists in certain travel circles the general belief that Spain is a country of only sun, beaches and bullfights. Nevertheless, there are mountain ranges, and among these are the Pyrenees in northern Spain which truly are a traveler’s paradise.

The Pyrenees are the natural border between Spain and France, or as many consider them, the frontier between the Iberian Peninsula and the rest of Europe. The mountain range commences in Guipuzcoa, extending to the east through the provinces of Navarra, Huesca, Lérida — a kingdom of mountains and valleys, rocks, water and woods with breathtaking scenery. 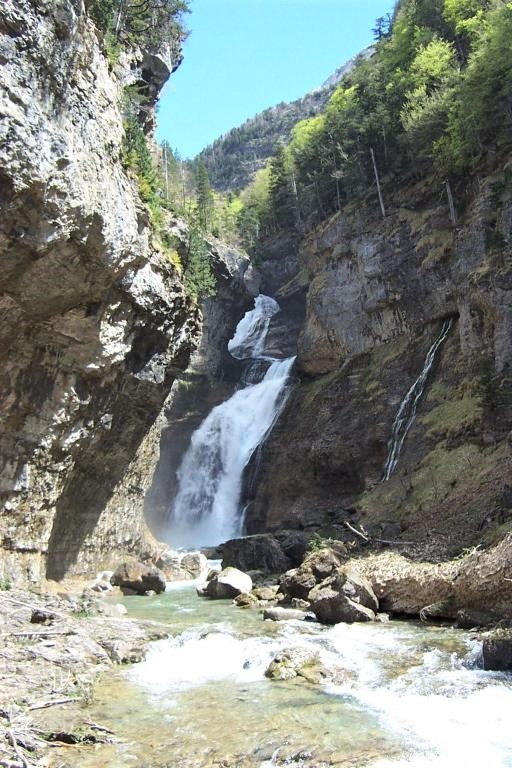 The Estrecho cascade at Parque de Ordesa, our central objective

Last summer, following our family’s tradition of always vacationing in a new location but not on the crowded beaches of southern or eastern Spain, we decided to go to the mountains. The question was next, “Where?” After taking a poll, we voted on the Pyrenees with the central objective of the renowned Parque Nacional de Ordesa in this province of Huesca.

The Pyrenees are divided into three sections — Navarre, Aragon and Catalonia, with each region having its own special charm and characteristics. We wanted to see all three and to compare them, so we decided to start out in the westernmost section of Navarre. 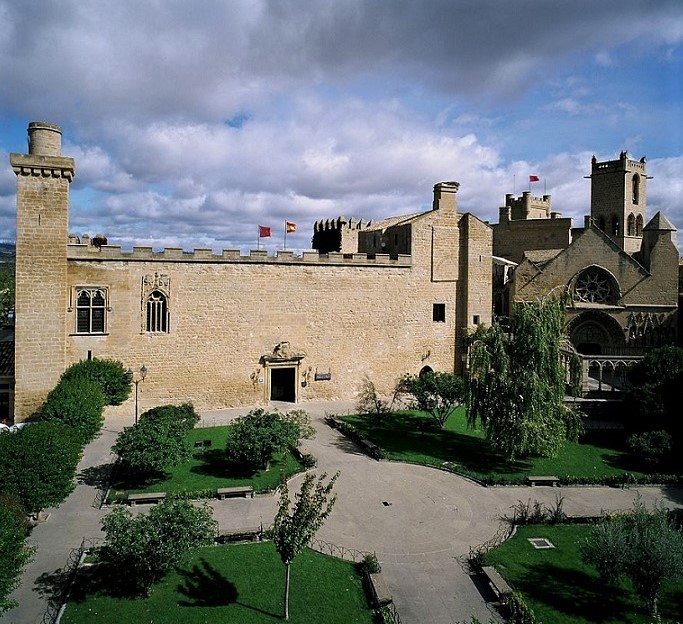 One of the most beautiful Gothic complexes in Europe: the oldest part of this castle-palace of the kings of Navarre has been converted to the Parador Nacional de Olite

Leaving Madrid at our accustomed early morning hour, we passed alongside vineyards of the Rio Ebro and made our first night’s stay at the Parador Nacional de Olite. This is a splendid Gothic castle-palace of the kings of Navarre and makes an ideal stop to acclimatize oneself to the pre-Pyrenees.

The delightful stay at the parador left us well-rested as we left Olite in the morning heading for the hamlet of Javier, home of San Francisco Javier, Jesuit and confident of the Order’s founder, San Ignacio de Loyola. Javier has a beautiful castle in an ideal setting with the high Pyrenees now clearly visible in the background. The castle can be visited. During the evening tour, there are luz y sonido performances in front of this well-preserved castle, which consist of a recording describing the castle while lights play on that part of the castle being explained. It is an impressive sight and an interesting lecture. Our youngest son Sigfredo’s middle name is Javier, so when we reminisce about our Pyrenees vacation, he talks of “his” castle. 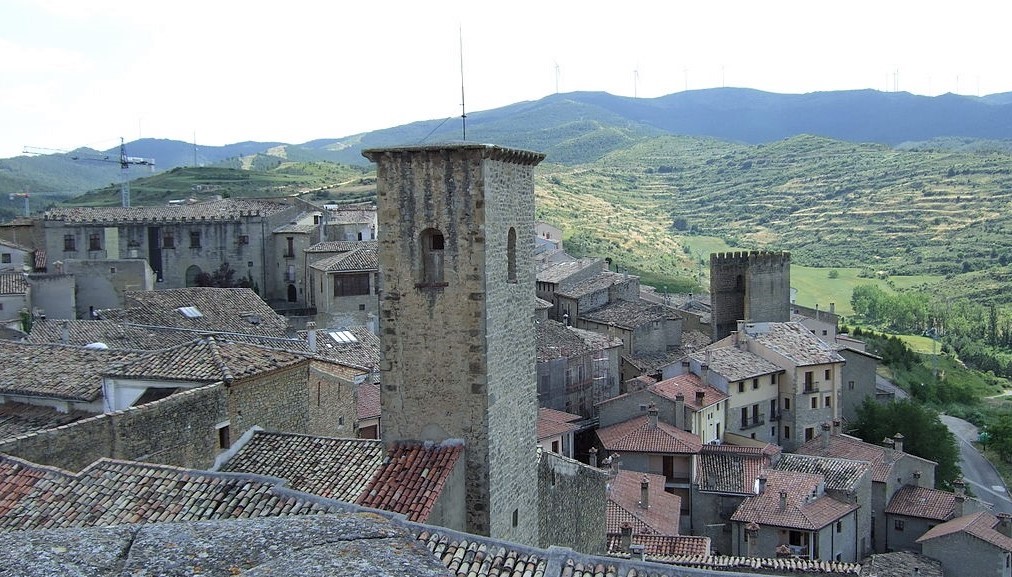 Next destination was unforgettable Sos del Rey Católico, birthplace of Isabel la Católica’s husband, King Fernando el Católico. Fernando of course was king of Aragon, and Sos is the last village in the south of Aragon before Navarre, having some characteristics of the Basque region. Sos is a little town full of medieval charm where time seems to have stopped as if one might expect to see Fernando playing as a boy in the steep narrow streets. It is the quintessential Aragonese town which remains unspoiled. Travelers might think that the birthplace of Fernando el Católico would be inundated with tourists. Such is not the case and it seems surprising. But then again, how many people know the birthplace in Spain of Isabel la Católica? One of the reasons why Sos has not been “discovered” is that it is far from any major tourist center or population concentration. People still seem to be unaware of the world beyond the surrounding hills. The parochial church and the Sada palace are the town’s two most notable monuments. The local tasca had roast pheasant for 400 pesetas, which in this day and age is certainly a bargain. It is actually with some justifiable trepidation that I write of this undiscovered Sos del Rey Católico as it is one of the most appealing towns in the entire Pyrenees region. But visit it now and I am sure you will not be disappointed.

Not too far away from Sos is a huge reservoir called Embalse de Yesa, which is locally known as the “Mar d los Pirineos”. Children traveling on a hot summer day love a swim after a drive, so Yesa made a welcome stop. Although it is still in Aragon, the travelers seem to be mainly Basque. Closely high on a hill is the 11th century Leyz monastery with a superb sculptured entrance. If you go, plan to stay in the hospedería of the monastery as the cuisine and rooms are both excellent and the prices reasonable. Some Spanish monasteries offer lodging in a unique atmosphere; try them when at all possible. 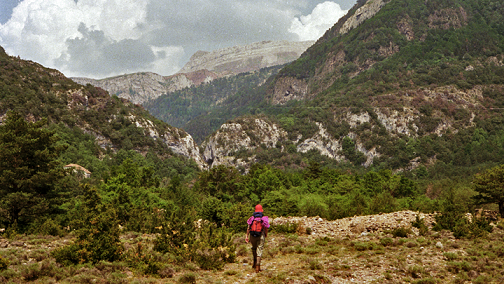 Valley of Hecho, pretty as a picture, a valley in its purest form

On visiting this section of the Pyrenees, the enterprising town of Jaca is centrally located and makes a good headquarters. From there one can visit many of the famous valleys. If one finds an appealing one, there are excellent accommodations in all that region. It is difficult to say which valley is prettier. There are a few which remain in their purest form such as the Valley of Hecho in Navarre. The town of Hecho itself looks like a postcard village made of stone and 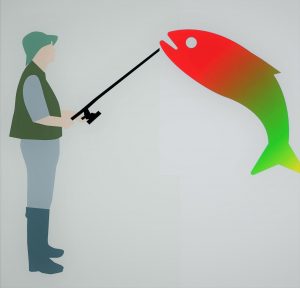 wooden houses, with window frames painted in bright colors. In front of each house there is a stack of wood for the long Pyrenees winter. There is a distinctive aroma in the air of stone dust which comes from the nearby rock quarry as well as smoke from the fires of olive tree branches. Closeby, which can be visited by car or by walking, is the sky blue lake of Estanes, located in the Oza Woods with well-marked mountain trails for hikers, Oza is crisscrossed with mountain streams full of trout. It was not the season and we all love trout, so we bought four large trout at a piscifactoría (fish hatchery) which was the base for a memorable meal in the woods.

Topographic map of the Pyrenees 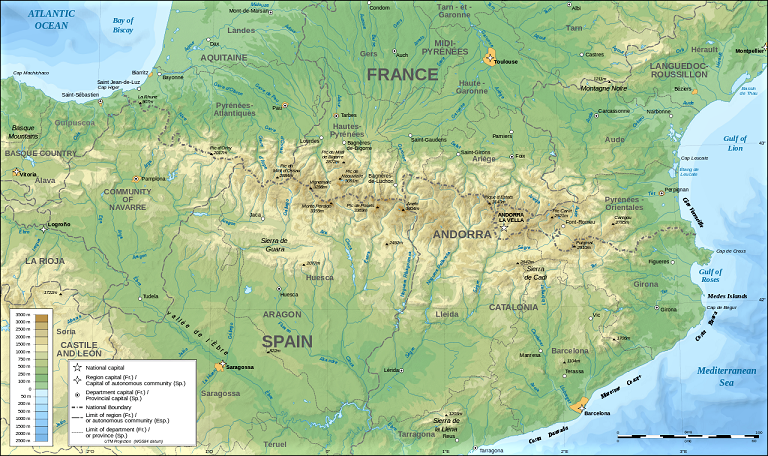 Next article HIT THE ROAD TO THE PYRENEES — II: Go to Jaca-Ordesa »