GUIDEPOST REPRINT: “SUMMING UP THE SPANIARDS, AN ACCOUNT OF HOW SOME FAMOUS TRAVELLERS HAVE SEEN SPAIN,” 3 OCTOBER 1969 — (8) Which Then is the True Spain?

Finally, the way in which foreigners see Spain is modified, with every new visit they make changes their vision. But, in addition Spain is changing and even its most entrenched characteristics are undergoing modifications as they are buffeted by the impact of modern communications and ideas. 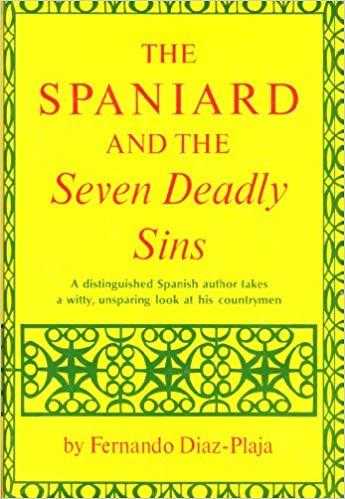 Which then is the “true” Spain? Perhaps it is all and none of those mentioned. Perhaps the Spaniards’ “traits” are too varied to stick neat labels on. Perhaps what was needed was a perspicacious Spaniard who would evaluate his own country, with all its shortcomings and prejudices, as well as its commendable aspects. Someone who with one stroke would sweep away the reams upon reams of rubbish, non-sense, half digested verities, facile generalizations and pompous dictums which have been accumulating over the centuries. Such a man did, in fact, appear just a year ago. His name is Fernando Díaz Plaja and his book The Spaniard and the Seven Deadly Sins is probably the most succinct symposium of Spaniards’ shortcomings and virtues ever published. It says much for Spaniards that the book quickly became a best-seller in Spain, despite the hard line and painful truths that the author brings to the fore. Though Sr. Díaz Plaja’s generalizations are sometimes vulnerable, anyone who has lived for a while in Spain will find the mot juste for many situations, persons and attitudes in the book.
Last part of “SUMMING UP THE SPANIARDS, AN ACCOUNT OF HOW SOME FAMOUS TRAVELLERS HAVE SEEN SPAIN”

Image
The Spaniard and the Seven Deadly Sins, Fair use

Next article GUIDEPOST REPRINT: “SUMMING UP THE SPANIARDS, AN ACCOUNT OF HOW SOME FAMOUS TRAVELLERS HAVE SEEN SPAIN,” 3 OCTOBER 1969 — (7) Poverty, Suffering & Gracia »