GUIDEPOST REPRINT: “SUMMING UP THE SPANIARDS, AN ACCOUNT OF HOW SOME FAMOUS TRAVELLERS HAVE SEEN SPAIN,” 3 OCTOBER 1969 — (4) Barbers, Bandits, Bulllfighters & Beautiful Women

While travellers of old were much inclined to rail at the villainy of innkeepers, Brenan finds Spain’s waiters one of the most striking and representative types in the country. “With their thick eyebrows and erect, stylized posture they have the air of bullfighter’s manqués, or toreros who wisely prefer the white napkin to the red cloth and the pacific diner to the charging bull. They move with the same litheness and ballet dancer’s precision and put a certain solemn operatic air into every gesture. How refreshing to see people doing the supposedly humdrum and mechanical things with artistic relish and gusto!”

What Spaniard has ever been struck by Pepe at the nearby restaurant as a “torero manqué”. There seems no limit to the impressionableness of foreigners!

The same praise has often been sung of Spanish barbers ever since the day Beaumarchais invented the famous Figaro of Sevilla. Says Ford, after speaking of Spanish medicine, “Although the names of these learned professors have long been nearly synonymous in Spain, the barber is much to be preferred, inasmuch as his cuts are less dangerous, and his conversation is more agreeable.” And again: “France may boast to lead Europe in hair-dressing and clipping poodles, but Figaro snaps his fingers at her civilization, and no cat’s ears and tail can be closer shaved than his ones are.”

There have been travellers who have been quite overwhelmed by Spain and stirred by accounts of its heroism. One such traveller was the Italian Edmondo de Amicis who decided to make his trip just at the time Amadeo of Savoy was on the throne (1871). Passing through Zaragoza he went to visit the Torreón de la Azuda where he was guided by a churlish old Spaniard. Upon reaching the top of the tower the old man told him of the city’s heroic resistance to the French. So moved was the author of Corazones that upon leaving he said: “Tell the strangers who shall come from this time forth to visit the tower that one day a young Italian bared his head with a feeling of profound respect, thus – and that not being able to kiss on their forehead one by one all the descendants of the heroes of 1809, he gave a kiss to the custodian.” And he gave the guide a kiss, which was returned and so the two went away content. 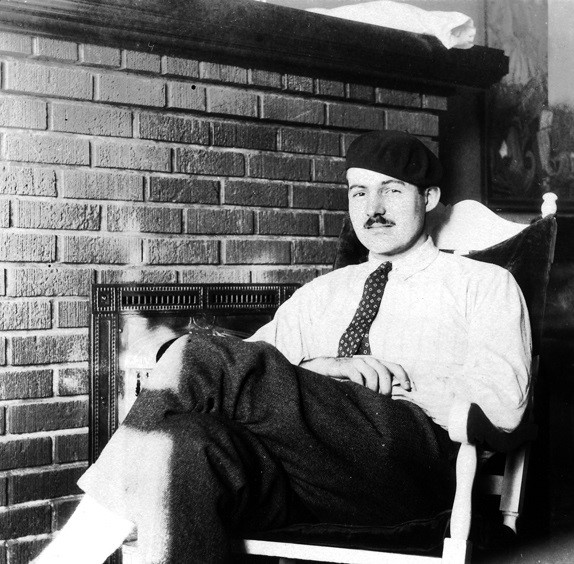 Hemingway in 1924: “I went to Spain to see bullfights and to try to write about them”

The one subject which few travellers have failed to comment on is the bullfight. Some have seen it as a barbarous, brutal, pagan and inhuman left-over from the days of the Romans, which caters to Spaniards’ taste for cruelty and bloodthirstiness; others have gone over to the other extreme and seen it as mystical rite, a ballet of death, the essence of Spanish existence. Some, like the Frenchman Montherlant, have spun novels around it. Though written 36 years ago, perhaps one of the best studies by a foreigner still remains Hemingway’s Death in the Afternoon. For Hemingway Spain represented a land of rugged individualism which had not succumbed to effeminacy; he was enchanted by the vitality of Spanish life, the simple companionship of Spanish friends.

But what attracted him more than anything else was the bullfight. “So I went to Spain to see bullfights and to try to write about them for myself. I thought they would be simple and barbarous and cruel and that I would not like them, but that I could see certain definite action which would give me the feeling of life and death that I was working for. I found the definite action; but the bullfight was so far from simple, and I liked it so much, that it was much too complicated for my then equipment for writing to deal with…” 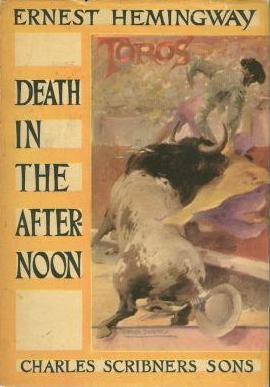 Death in the Afternoon first edition

Others, such as Sitwell, more often preoccupied with questions of Spanish art and architecture, nonetheless felt the thrill of the bullring. “There is no other sensation in the world quite like the arrival at a bullfight. A surging, indescribable excitement of the blood and nerves. I can even understand and enter into the feelings of someone who might go to Spain only in order to watch the crowds arriving for a bullfight.”

Yet there are those who are drawn by subtler charms, by the enticing eyes of Spanish beauties, for whom Spain is the smiling mouth of a sevillana. Gautier was struck by the grace, bearing and beauty of Spanish women all over Spain, but especially in Granada and Madrid. “The women of Madrid are charming in every sense of the word: out of every four there are three that are pretty. They are small, diminutive, well shaped, with small feet, arched backs, and full bosoms; but their skin is very white, their features delicate and gracious, the mouth heart-shaped… Many have light auburn hair, and you’ll hardly take two steps on the Prado without seeing seven or eight blondes of all shades.” This last is spoken to dispel the common idea among foreigners that all Spaniards have jet black hair, olive skins and almond-shaped eyes.

And Dumas, seeing the same scene a few years later comments: “There were so many beautiful women passing up and down in the lights of the Prado that it became simply impossible to take notice of each one… Only a plain woman is remarkable in Madrid.” 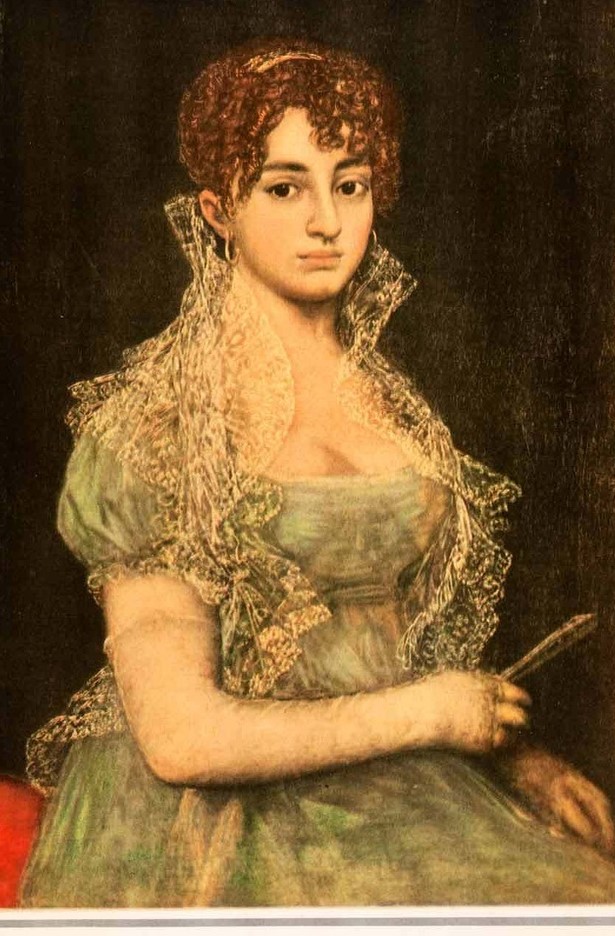 Lorenza Correa: she would be one of the beautiful women that so attracted the travelers in Spain. Portrait by Goya

Yet many foreigners still imagine Spanish women to be like the cigarrera in Carmen, and in a way this vision is encouraged by Spaniards themselves, for does not a lovely Gypsy painting by Julio Romero de Torres appear on each 100 pesata note?

Some plunge even deeper into theories and presume to see definite anthropological types. “The distinguished qualities of Spanish women can scarcely be questioned,” wrote the English psychologist Havelock Ellis. “Their beauty and grace are a theme for rhapsody to every tourist.” He then goes on to a detailed description of their posture, their skins, noses, eyes, hair, etc. and concludes that the Spanish woman’s walk is that of a goddess, of a priestess bearing a sacred vessel.

Until about fifteen years ago there were many who imagined Spain to be the land of bandits and smugglers – a notion not altogether strange when one considers the popularity of bandits such as El Tempranillo, Los Siete Niños de Ecija, Luis Candelas and others of their ilk in Spain. The contrabandistas is a basic part of the lore of Spain, and even today he still plies his trade over the Pyrenees and around the more deserted coasts of the Peninsula. There is hardly a travel book written in the 19th century that does not dwell on the “banditti” and even Larra, in his famous essay “Vuelva Vd. Manana” has his French visitor confound the bandits and the migueletes. Borrow’s interest in the Spanish underworld was so great that he spent two weeks in Madrid’s City Jail when he could easily have gotten out in two days and even contemplated compiling a robber’s slang dictionary, yet most of the robbers’ tales were the inventions of over zealous travel writers, although many of the stories tended to be exaggerated by the Spaniards themselves. Ford writes that neither he nor any of his friends had had “the good luck of meeting even with the ghost of a departed robber” and concludes that they are more often to be found in public offices than on the high roads.
See “5) Individualism, Independence &’Democracy'” for next part. 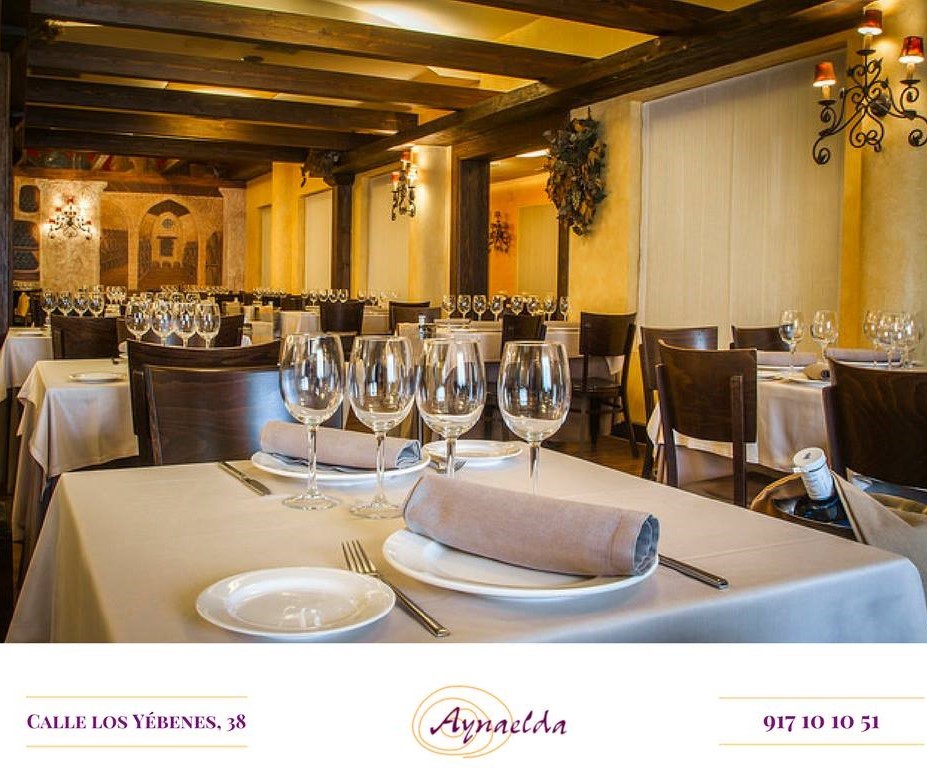 Next article GUIDEPOST REPRINT: “SUMMING UP THE SPANIARDS, AN ACCOUNT OF HOW SOME FAMOUS TRAVELLERS HAVE SEEN SPAIN,” 3 OCTOBER 1969 — (3) Food & Culture »