I’ve just got back from Pamplona and if I’ve said it once, I’ve said it and will repeat it again a thousand times; Never Again.You can quote me next year. I’m bearing the scars of several cornadas, mostly in the region of the liver (pronóstico: muy grave.) and that last bit of the trip, after the car blew up in flames sixty nine kilómetros outside Madrid and we were all rescued by a friendly truck driver, played hell with my gout. It isn’t that I have anything but the highest respect for San Fermín or the jovial entertainments planned by the local citizens in honor of their Patron. It’s all those second generation Poppa Hemingways who have played fast and loose with what used to be a splendid week of wine-bibbing and the occasional fatal frolic with the Toros Bravos.

This year, as usual, the local lads ran gallantly with the bulls – there were some regrettable casualties – and many of them drank too much. But compared with the foreigners, you might describe the youth of Pamplona as dedicated members of Alcoholics Anonymous. There were some astonishing scenes and I would like to drink a toast – in orangeade – to the forebearance of the local police; not once, despite fearful provocation, did they open fire; they did not even defend themselves when a lady, dancing the twist on a café table, was hitting the resident gendarmerie over their helmets with a broomstick. 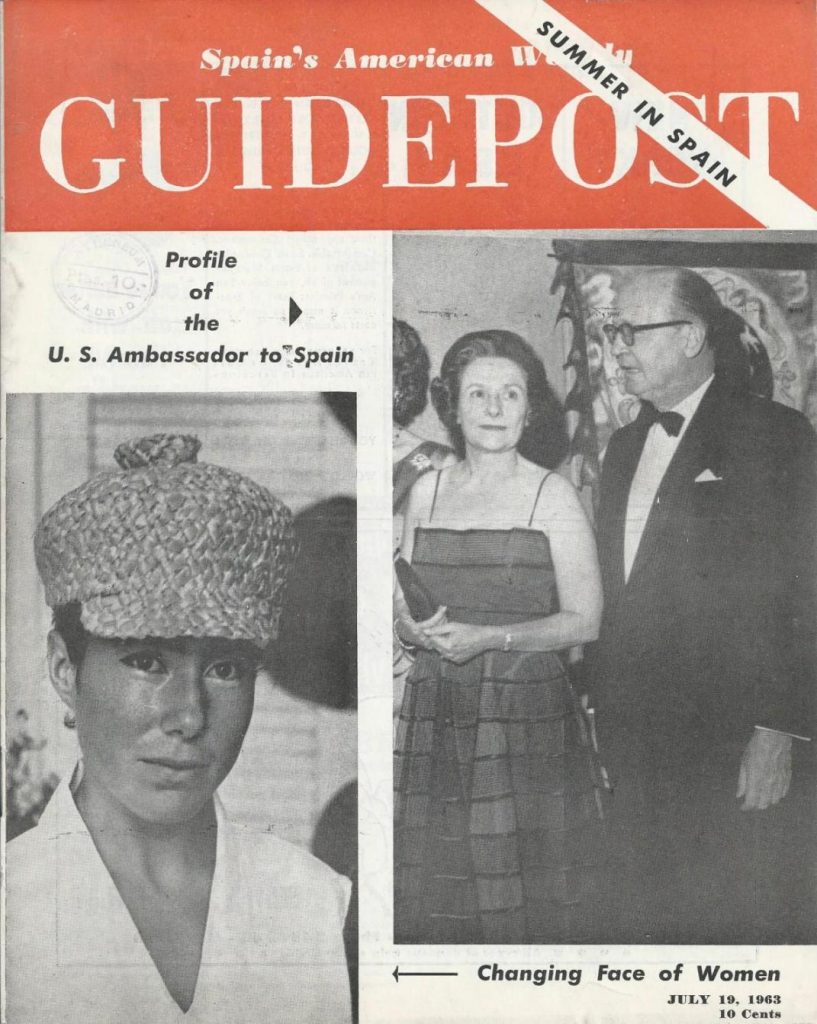 All was not violence, however. There was the reporter for a famous radio network who was determined to record all the sounds and atmosphere of the Encierros. He didn’t quite make it for the first two mornings, but on the third, having stayed up all night, he appeared at 6:30 a.m. in front of the Ayuntamiento armed with the most elaborate portable recording equipment. He taped the bells, he tapped the rockets, he taped the mumbles and howls of the crowd. As the bulls charged by, he performed a perfect derechazo with his mike, just in time to catch the thunder of their hooves.

Staggering only slightly, he followed after up the street, past the Teléfonos, into the Plaza, flourishing his microphone with undoubted élan. Narrowly missing a nasty cogida in the subsequent capea, he escaped over the callejón and retired triumphantly to the Bar Choko. His friends congratulated him and modestly, he played back this memorable recording. It was the one and only moment of silence during the Sanfermines – the mike had not been plugged in. then there was the highly respectable English gentleman, who hasn’t missed the Sanfrmines since 1950; asked if he liked the

Bulls, he replied gruffly in the negative “Then why do you go all the corridas?” he was asked. “Because,” he snarled into his impressive whiskers, “I can’t stand those blasted horses!” 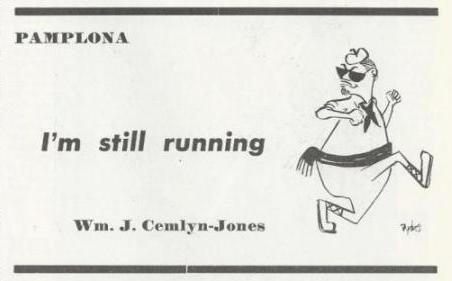 Pamplona is not the best place to see the Bulls. I’ll probably be stoned to death with bread, cangrekos de río and ajo arriero the next time I penetrate Navarra for saying so, but I stand by that statement. The Encierros are something quite wonderful to see, and some of the local boys run beautifully, but they don’t improve the performance of the bulls in the evening’s corrida; furthermore, some of the public, I suspect attend the corrida in the hope of watching a sort of extension of the encierro. That’s why toreros of the type of Miguelín can do so well there (when they want to try). I missed the first four days, but from what I goggled at on TV and from what my friends tell me, I was very, very lucky.

Personally I get no kick from watching Gregorio Sánchez being pelted to death with stale loaves of bread. The last four days, however, were not without interest. The best corrida, undoubtedly occurred on Friday 12th. Bulls of Atanasio Fernández, but much better than I expected; Paco Camino drew the worst of the lote and did nothing; Jaime Ostos was superb and deserved the four ears which he so gracefully cut. Miguelín was so much better than I thought possible; he must have delighted Diaz-Cañabate because he got away from the “monotony” of the dos pases. He went through the whole gamut of the adornos and the desplantes, turning his back, kneeling, fighting the bull in its own querencia alongside the tablas, and although I personally did not enjoy it as much as I should, I must admit that he was good and brave and knowledgeable. The crowd went delirious and he gained four ears and a tail. Really a little ridiculous. On Sunday, with the Miuras, he decided he had done enough, so gained for his lack of effort two hearty broncas and a basketful of stale bread. 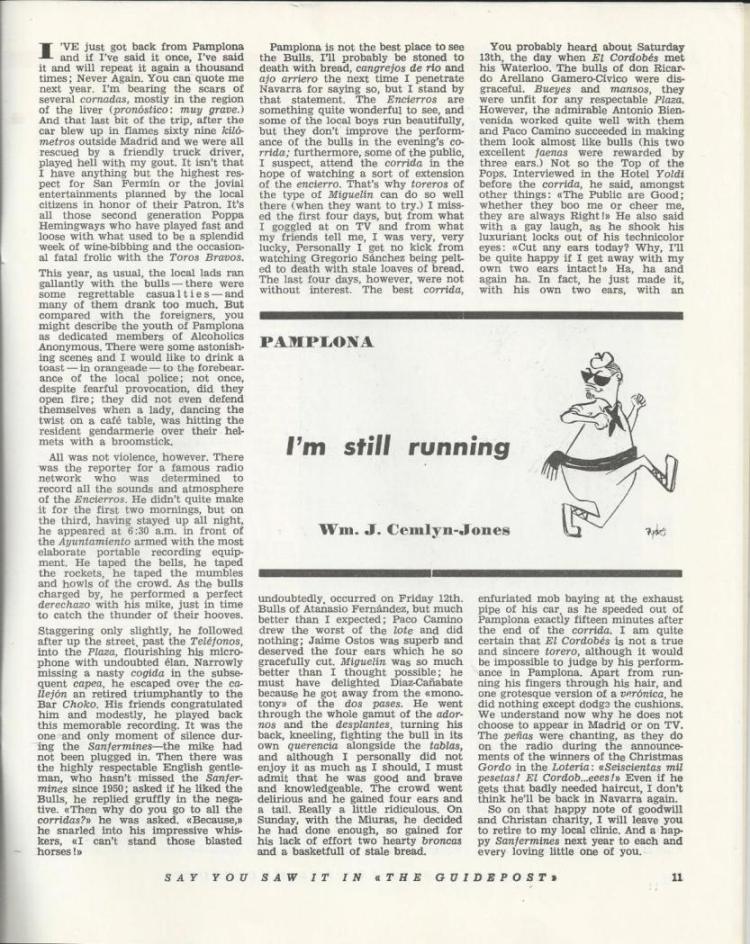 You probably heard about Saturday 13th, the day when El Cordobés met his Waterloo. The bulls of don Ricardo Arellano Gamero-Cívico were disgraceful. Bueyes and mansos, they were unfit for any respectable Plaza. However, the admirable Antonio Bienvenida worked quite well with them and Paco Camino succeeded in making them look almost like bulls (his two excellent faenas were rewarded by three ears.) Not so the Top of the Pops. Interviewed in the Hotel Yoldi before the corrida, he said, amongst other things: “The Public are Good; whether they boo me or cheer me, they are always Right!” He also said with a gay laugh, as he shook his luxuriant locks out of his Technicolor eyes: “Cut any ears today? Why, I’ll be quite happy if I get away with my own two ears intact!” Ha, ha and again ha.

In fact, he just made it, with his own two ears, with an infuriated mob baying at the exhaust pipe of his car, as he speeded out of Pamplona exactly fifteen minutes after the end of the corrida. I am quite certain that El Cordobés is not a true and sincere torero, although it would be impossible to judge by his performance in Pamplona. Apart from running his fingers through his hair, and one grotesque version of a veronica, he did nothing except dodge the cushions. We understand now why he chose to appear in Madrid or on TV. The peñas were chanting, as they do on the radio during the announcements of the winners of the Christmas Gordo in the Lotería: “Seiscientas mil pesetas! El Cordob…eees!” Even if he gets that badly needed haircut, I don’t think he’ll be back in Navarra again.

So on that happy note of goodwill and Christian charity, I will leave you to retire to my local clinic. And a happy Sanfermines next year to each and every loving little one of you. 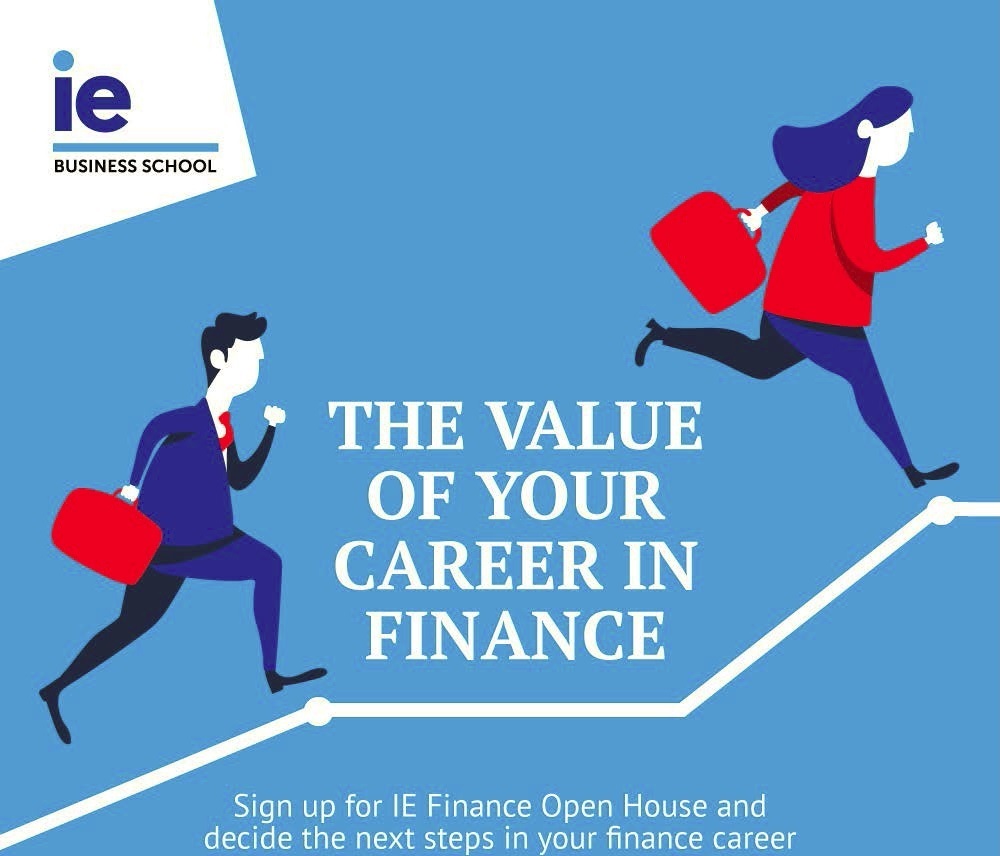 Previous article « IE University: The Plunge (and the Re-bounce?)