“I want to share with you some joyful news. On Monday [27 April], I became a father. This is Wyatt Cooper. He is three days old. He is named after my father, who died when I was ten. I hope I can be as good a dad as he was. My son’s middle name is Morgan. It’s a family name on my mom’s side. I know my mom and dad liked the name Morgan because I recently found a list they made 52 years ago when they were trying to think of names for me. Wyatt Morgan Cooper. My son. He was 7.2 lbs at birth, and he is sweet, and soft, and healthy and I am beyond happy. 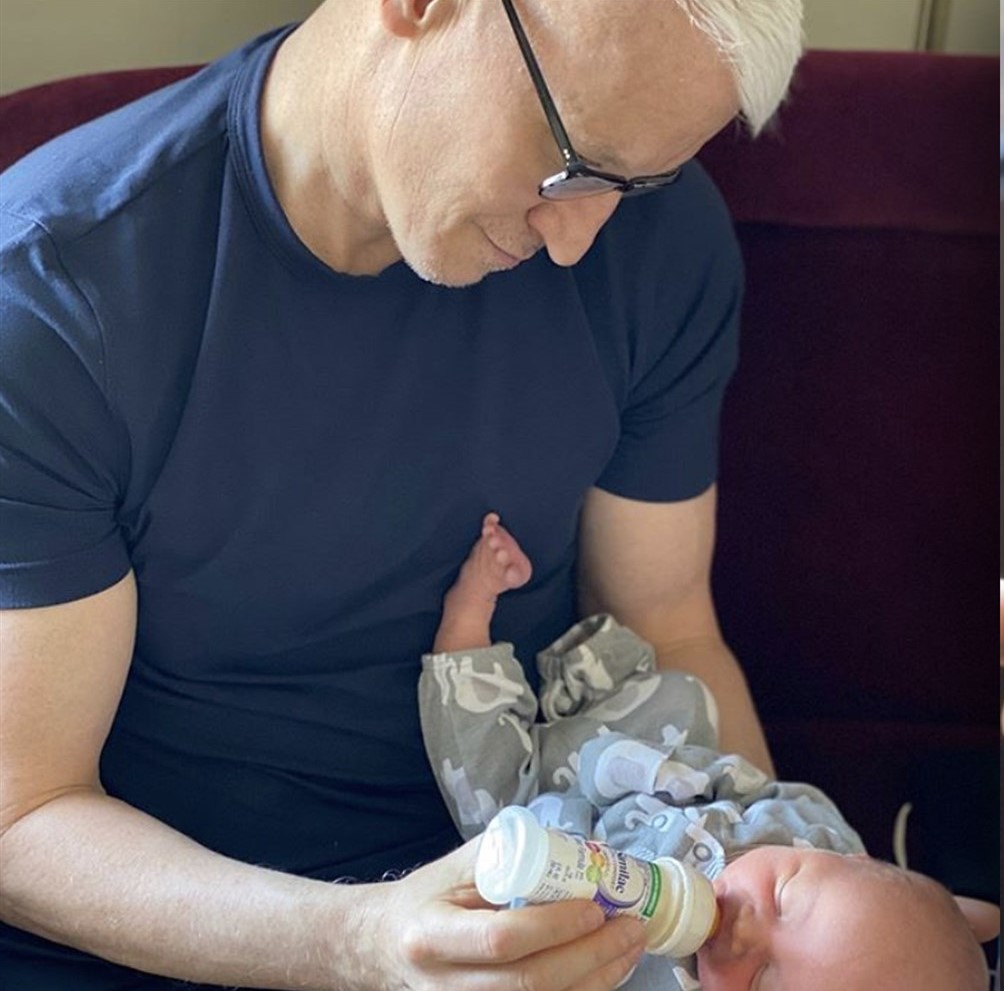 “As a gay kid, I never thought it would be possible to have a child, and I’m grateful for all those who have paved the way, and for the doctors and nurses and everyone involved in my son’s birth. Most of all, I am grateful to a remarkable surrogate who carried Wyatt, and watched over him lovingly, and tenderly, and gave birth to him. It is an extraordinary blessing – what she, and all surrogates give to families who cant have children. My surrogate has a beautiful family of her own, a wonderfully supportive husband, and kids, and I am incredibly thankful for all the support they have given Wyatt and me. My family is blessed to have this family in our lives.

“I do wish my mom and dad and my brother, Carter, were alive to meet Wyatt, but I like to believe they can see him. I imagine them all together, arms around each other, smiling and laughing, happy to know that their love is alive in me and in Wyatt, and that our family continues.”

Who sez? Anderson Cooper. Beyond happy, he made the announcement of his fatherhood (on 30 April in the States which was 1 May in Madrid, GUIDEPOST’s hometown) before signing off on the CNN’s global “Town Hall” that he hosts with colleague Dr. Sanjay Gupta. The GOOD news is juxtaposed with questions asked by audiences from around the world about COVID-19 which has been causing untold distress for months now.

A near-identical announcement also appears on Anderson’s Instagram (see above). 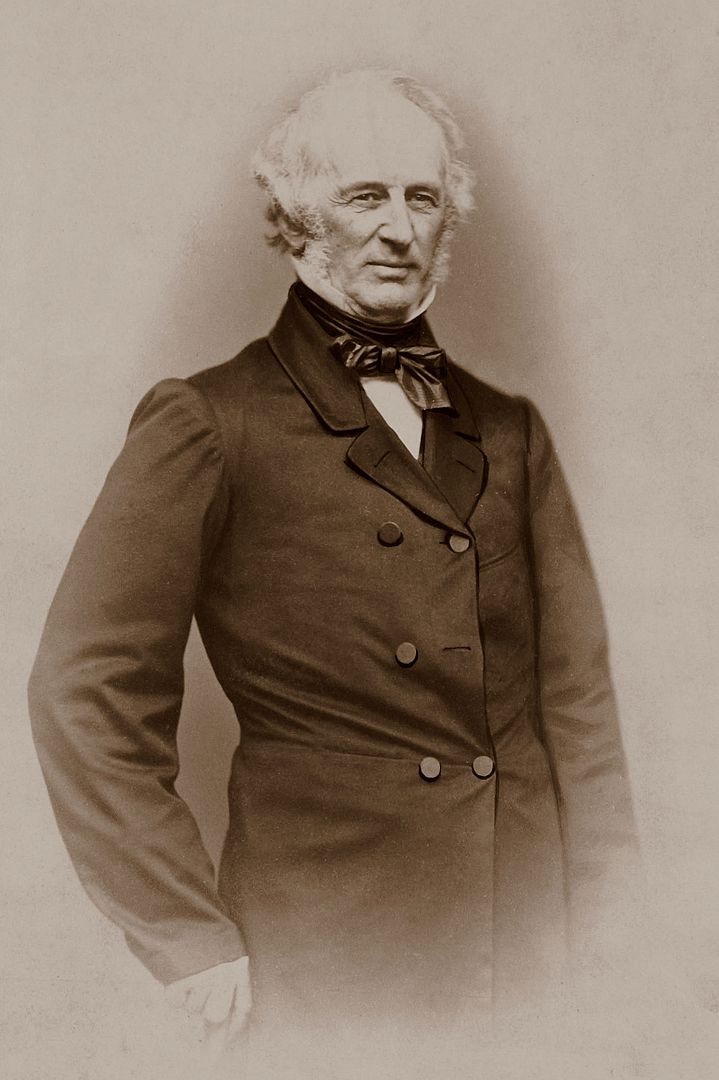 For those living on another planet and have never heard of Anderson Cooper, he is the youngest son of the late heiress-socialite Gloria Vanderbilt (yes, of the family of railroad and shipping magnate Cornelius Vanderbilt, making Anderson a  great-great-great-grandson of Cornelius) and Wyatt Emory Cooper, author, screenwriter, and actor. Wyatt Emory Cooper, Gloria’s fourth and longest-lasting husband, came from a poor Southern family who earned a degree from UCLA majoring in Theater Arts. 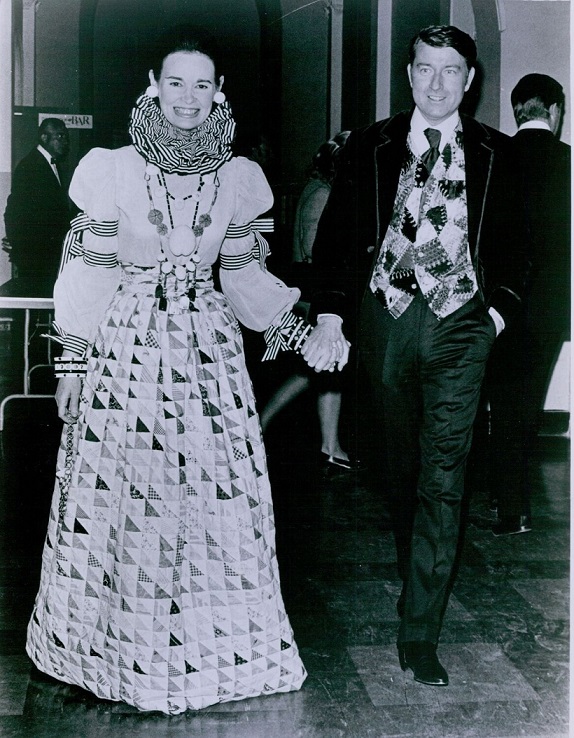 Anderson’s parents, Gloria, outfitted in an antique patchwork quilt, and Wyatt Emory in 1970.

The Carter that Anderson Cooper refers to as his brother was the Cooper-Vanderbilts’ older son who, in 1988, jumped from the 14th-floor of their penthouse in New York during what Gloria believed to be a psychotic episode.

Gloria Vanderbilt died last year, at age  95 — leaving behind a long and fabulous life widely told and re-told on society pages, in gossip columns and even in national headlines (the custody battle over her when she was a child). 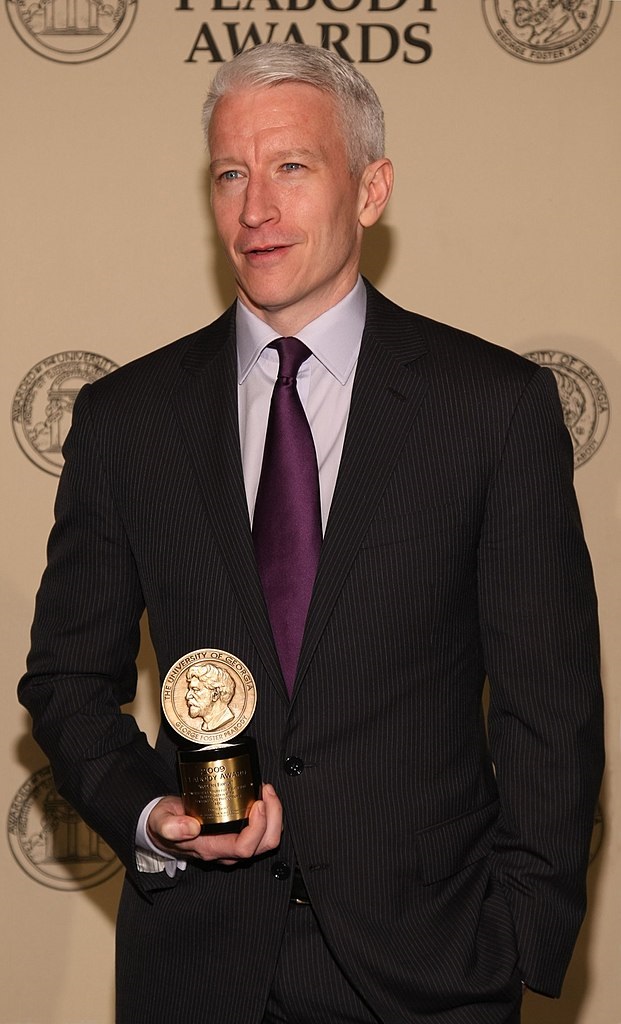 Anderson Cooper, who hosts his own regular show Anderson Cooper 360°, and, since 2002, is co-host of CNN’s New Year’s Eve Live beamed from Times Square, is among the highest paid at the cable news  network.

With a B.A. in Political Science from Yale, and no formal eduction in journalism, he is an award-winning journalist (Emmy, Peabody, Alfred duPont-Columbia University, Walter Cronkite awards).  He is the first openly gay to rise to prominence in television.

He is also a bestselling author. His Dispatches from the Edge was a New York Times bestseller for months. The Rainbow Comes and Goes: A Mother and Son on Life, Love, and Loss, a cathartic memoirs he co-authored with his mother in 2017, landed on several bestseller lists.

With the birth of his son Wyatt Morgan, Anderson Cooper says, “Our family continuous in life . . .” 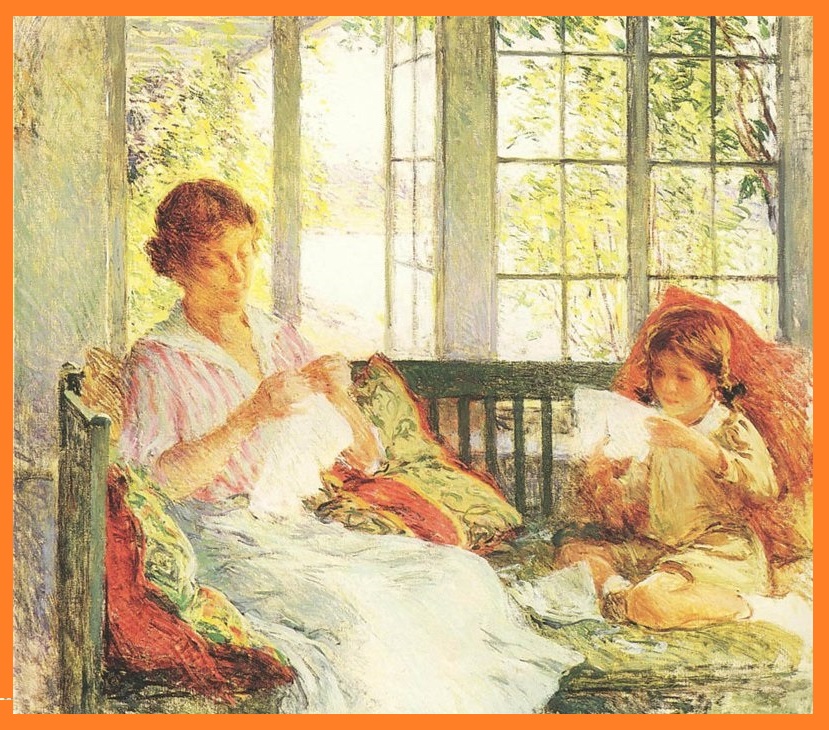 Previous article « A Mother’s Day Remembrance: She Was Loved! 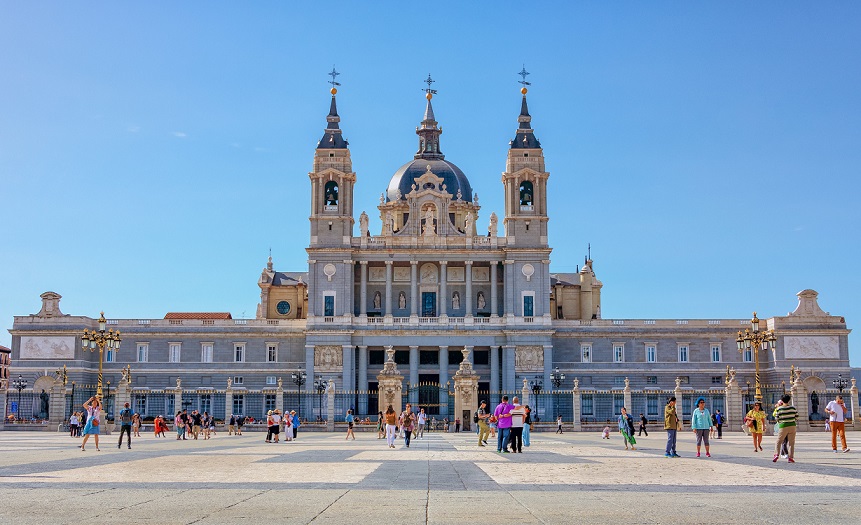 Next article THE DESESCALADA: WE HAVE A FRACTION OF OUR FREEDOM BACK! »