GREAT THINGS AWAIT YOU IN 2014, OUR ASTROLOGERS SAY! 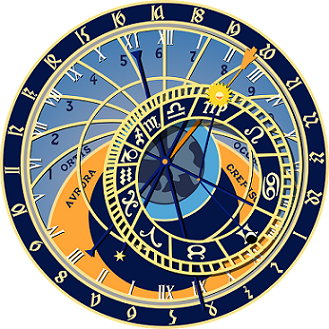 Natives of the zodiac signs, Guidepost’s astrologers are happy to offer you their predictions
for 2014. You might also look up the daily horoscope that we offer you
throughout the year. For the New Year it exceptionally
contains predictions for the entire 2014. Click on
the Horoscope banner down on the right.

Arians, 2014 will be a favorable year for you in terms of partnerships and business ventures. Your leadership abilities will improve though there may be delays in your career due to Saturn’s influence especially in the first half of the year. The major long-term planets in harmonious alignment will make 2014 a year of positive achievement. It is time for change in your love life but this won’t come easy. Beware of stress as they can affect you negatively especially because in 2014 you might not be in tip-top condition healthwise. Special warning: Accidents and unfortunate incidents could mar your happiness.
Arians, you’ve been through a couple of tough years, but actually things started easing off since late July 2013 when Saturn, the planet of focus and discipline, settled into Leo, your fifth house of self-fulfillment and romance.

Taureans, 2014 will be kind of bittersweet. You will get lucky through your own hard work. You will enjoy a peaceful year, now that you carry a lighter load. Despite the fact that you will come to value what you have rather than lament what 2014 can’t give you, this is a year to increase your assets, including some luxuries. The time is right for real estate investments. Loans and credit will be available, helping you in financial transactions. Change of residence and long distance friendships are on the cards. It is a positive time to live abroad. Careerwise, everything seems favorable but be wary of partnerships. You could suffer from health problems which will peak in November when you will likely feel tired and exhausted. Before that, the solar eclipse in Scorpio on October 23 will bring a new relationship into Taurean life.

Geminians, you’re in for new opportunities. You will have the chance to improve your career and you’ll see a marked improvement in your financial standing. The road to increased money supply might be through the communications industry. Go for professional studies if you feel like it; it’s the right time for you. Although throughout the year you’ll have your share of ups and downs, at the end of 2014 Lady Luck will be smiling on you. You must however be careful when socializing during the second half of the year. Love life: You will be rewarded for being faithful and true. You’ll be fine healthwise. Thinking of religious pilgrimage? Pack your bags and go!

Congratulations, Cancerians, 2014 is bringing you enhanced financial and social status thereby offsetting the social isolation which will have dominated your life otherwise. Do not squander the positive financial predictions for you; stay away from speculative activities and high risk companies in the stock market. As your financial situation improves your responsibilities will increase and so will the stress that comes with them, causing health deterioration especially in your digestive system. You are lucky; you will get support from family and friends as you find yourself visiting the doctor.
Charge many of the good things that will be happening to you to the old taskmaster Saturn’s moving out of your sign last July 17. Since then things have gotten easier for you. 2014 will be a year of fulfillment, with Jupiter, the planet of growth and abundance, barging into your fellow water sign of Scorpio, your fifth house of romance, adventure, self-fulfillment and creativity.

Leos are an ambitious lot. Their admirable drive and purposefulness allow them to accomplish a great deal. In 2014, they are likely to attain their goal thanks to the financial support of friends and relatives even when this support will come slowly and not without difficulties. The love life of the Lions and Lionesses in 2014 will be lackluster though marriage issues will likely be resolved. Still, there will be a couple of periods that are conducive to love: April, and from mid-November to the end of the year. Leos, count yourselves lucky if you find fulfillment in love this year. While your horoscope suggests that you avoid travelling, a spontaneous long distance trip will actually produce positive outcomes.

Virgo natives may expect promotion in their job in 2014. They should be ready for new opportunities. This is a good time for making new investments though Virgos should be cautious as losses in trading, speculation or theft, are on the cards. Increased work-related travels will affect their health negatively if they do not watch out.
As for love and romance, these could become complicated in 2014. Someone will try to force them to get serious, getting them backed into a corner and causing some strain in relationships. Single Virgos might establish a serious romance or meet a more mature lover. It is on the cards that a strong period of romance will occur in August 2014, with intense romantic activity occurring in October.

Libra folks, you are in for big changes in your workplace. A project you began in 2013 may bring about entirely new objectives and tasks. Your prospective partners will decide to take a chance on you, thereby establishing a new line in business that requires new personnel. Financially, 2014 seems favorable but the increase in workload is likely to lead to stress. You will achieve your goal because in 2014 you will be optimistic and ambitious.
A year-long trend towards greater abundance of personal income is the fruit of esoteric endeavors for some of you, or through work behind the scenes in July for others.
The alignment of Jupiter, Uranus and Pluto on April 20-21 will create a planetary grand cross with Libra, taking natives to a cross-roads. Your best option here is one that will strengthen your individuality.
Libras are not a materialistic people but in 2014 they’ll find themselves focusing on the more material and practical areas of their lives.

Scorpions, you will remain financially unstable in 2014 and yet the year will be better than 2013. In this context, the stronger times for finances will occur on the last week of February and most of April. Your ventures will expand and your real estate investments will be profitable later in the year. And congratulations on your love life; chances are that 2014 will be a favorable year for you even if you might suffer a short-lived separation. Not that your romance and other personal relationships will be making banner headlines. Even so you’ll still find May, June and August happy months for romance. You’re good, healthwise, especially the first half of the year. Be on the look out; some people will try to smirch your reputation.

2014 favors love for you Sagittarians. For the single, marriage is in the offing. And the married can expect some financial windfall from their spouses. The year is also good for those in the media, and for students. Expansion in business is on the cards with the first half of the year quite good. But there could be troubling disagreements with your business partners and clashes may result in lawsuits. Work and health are the areas of your life that are likely to change most. Love is likely to come knocking on your door during the second half of March, mid-June to mid-July, and the first half of August.

Saturn will influence you favorably in 2014, Capricorns, raising your energy levels during the first half of the year. During this same period you’re likely to find yourselves in good financial position and, moreover, your social circle will expand. In fact it seems nothing but good is in store for you, except that the women might face some health problems. You will do well professionally. Success is waiting for you after overcoming obstacles. You can expect wealth from various sources. Your prospects in the field of garments and jewels are very good. Real estate investments will be profitable. August or September 2014 will be an exceptionally busy and prosperous month for you. But, of course, your expenditures will match your rising earnings. You could find yourselves having a love affair with someone who shows up from far away or meet your soulmate during a trip.

Aquarians can count on 2014 for success and prosperity, notably in February, June and October. On February 26 and April 20 Uranus, the planetary ruler of the Aquarians, will align with lucky Jupiter causing a sudden positive change in Aquarian lives. New people who will support the Aquarians’ progress will come to the scene by the alignments of Jupiter, Uranus and Pluto from April 20 to 21 plus the solar eclipse on April 29.  The Aquarians will also enjoy the support of their colleagues and superiors for the attainment of their goal. The Aquarians themselves will excel in whatever they do. One glitch is that their personal life will likely be bumpy. Plenty of social activities are in store, particularly with a partner of the heart.

In the second half of 2014 you might find that speculation will favor you to a certain extent, Piscean folks. The year is not a bad time for investments and yet your finances will likely give you a headache. Actually for you 2014 is an excellent year for spiritualism. You had better focus on the lyrical side of your personality and pursue spiritual practices, healing rituals, enjoy relaxing music and quiet communion with Nature. In your love life the influence of Jupiter in Gemini may make you optimistic and feel you don’t need to be too tied down to partners, friends and family. You will have a much greater sense of freedom as well as a sense of fun and adventure. You might exercise some caution here.
Chances are that there will be changes in your career. Be advised that until mid-year your creativity will be at a peak. 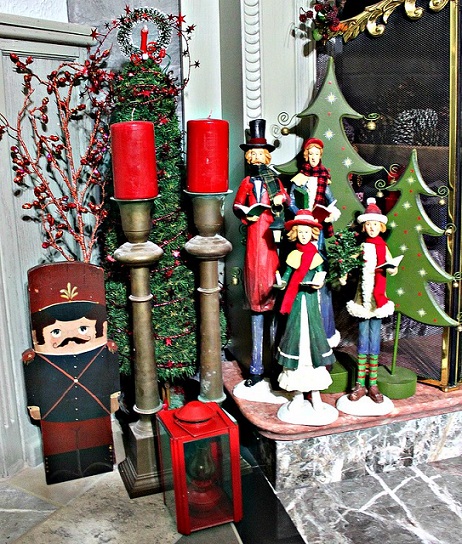 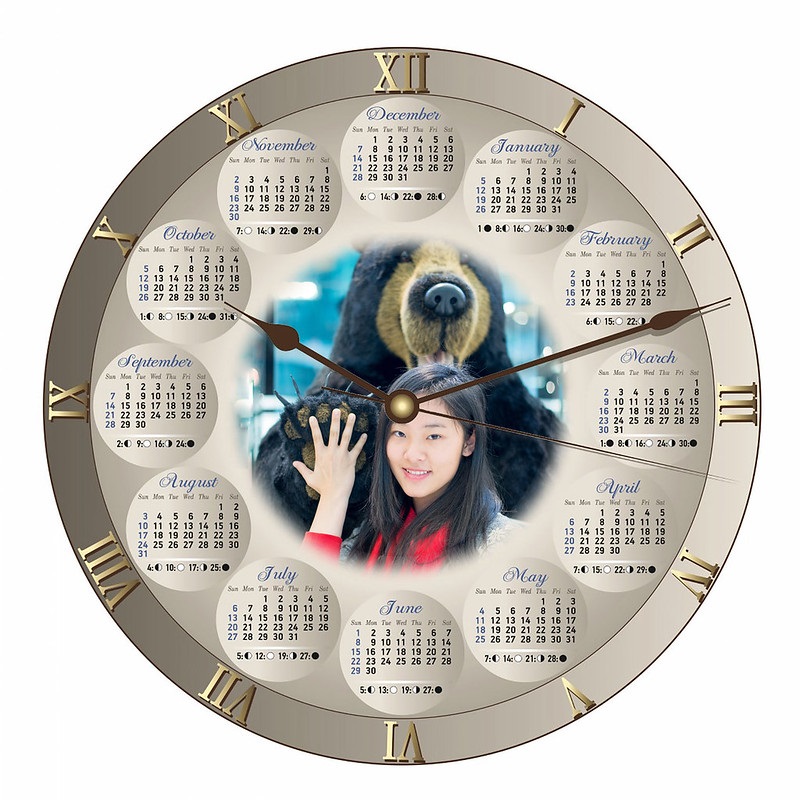 Next article THE MAGIC CALENDAR. PASS IT ON! »