GRAN VIA, ASPHALT JUNGLE NO MORE

Gran Via is not only home to quality architecture; it will boast
vegetation and people will love to spend time in it

GRAN VIA, ASPHALT JUNGLE NO MORE
by Rose Maramba 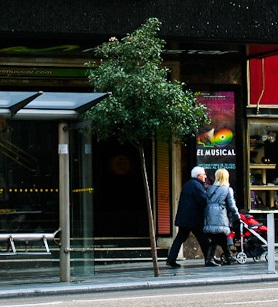 A trifling tree on today’s Gran Via

Madrid’s major artery, the capital’s nerve center bursting at the seams with trendy stores, restaurants, theaters, and hotels that irresistibly draw Spaniards across the nation, as well as foreign tourists, will no longer be at risk of converting into inhuman environment. Habitually, Gran Via exceeds EU’s pollution limits, at times spiking to dangerous peaks (read that as plunge into lower life expectancy!). But it may soon not be the case anymore.  Work is earnestly underway to morph it into something vaguely foresty: 248 robust new trees! 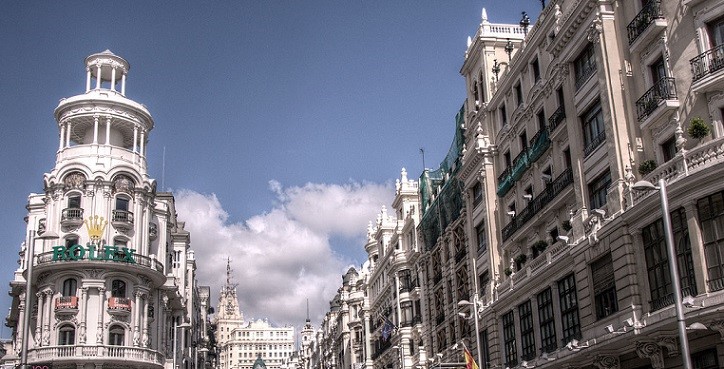 Gran Via, home to memorable architecture, and soon to boast pedestrian-friendly vegetation

“We’ll construct a green zone [arbolado] with a more robust appearance, with greater visibility, so that Gran Via will not only be home to quality architecture but will also boast vegetation, a pleasant green area where people will love to spend time,” says Madrid’s Councilor of Urbanism José Manuel Calvo in an interview with eldiario.es.

“We don’t want Gran Via to be just a transit area; we want it to be a place to be, where people will live together,” Calvo declares.

Three fountains will grace the new Gran Via, one in Plaza de Callao, another at the Red de San Luis (on Calle Montera), and a third in Calle Alcalá.

Gran Via’s makeover has actually kicked off last 9 March from both ends of the thoroughfare, Plaza de España and Plaza de Cibeles. 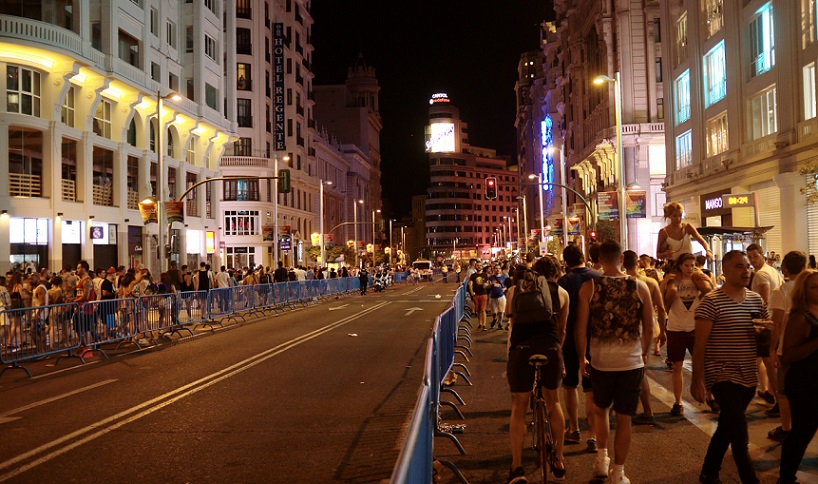 What space pedestrians will gain, pollutant vehicles will lose. The current 2.6 meter sidewalk will be widened to 3.4 at the expense of traffic lanes

The Ayuntamiento de Madrid hopes to finish the job before Christmas so that, as Calvo says, “the Madrileños will be able to enjoy the new Gran Via by the Holidays.”

As if all these weren’t enough, the city planners have the visitors’ and residents’ security very much in mind; through vanguard architectural features, they intend to spare them the tragedy that Las Ramblas in Barcelona suffered from the hands of terrorists.