GRAB YOUR CHANCE TO GET TO KNOW SPAIN’S REPOSITORY OF CULTURAL MEMORY! 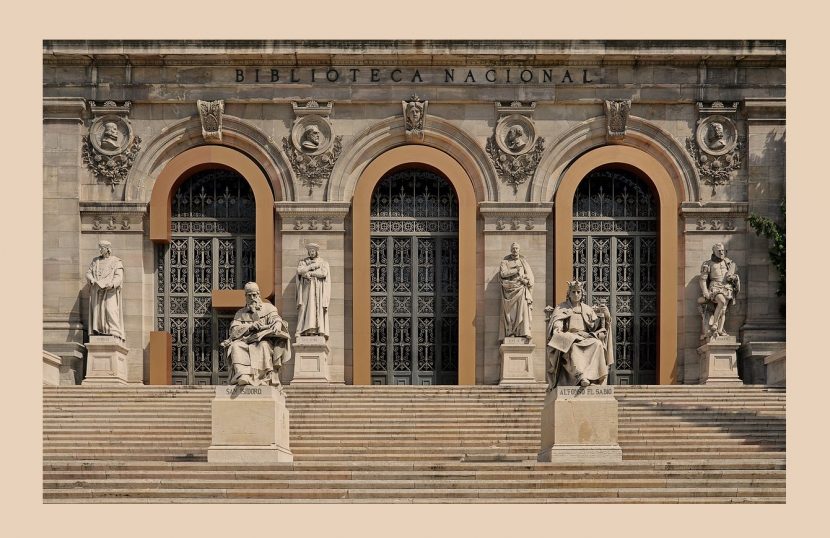 The National Library was founded by King Philip V in 1712 as the Palace Public Library. The Royal Letters Patent that he granted made it mandatory for printers to submit a copy of every book printed in Spain to the library. In 1836, the library’s status as Crown property was revoked and ownership was transferred to the Ministry of Governance. At the same time, it was renamed the National Library.

During the 19th century, confiscations, purchases and donations enabled the Library to acquire the majority of the antique and valuable books that it currently holds. In 1892 the building was used to host the Historical American Exposition which marked the 400th year of the discovery of America. On 16 March 1896, the Biblioteca Nacional was opened to the public in the same building in which it is currently housed. 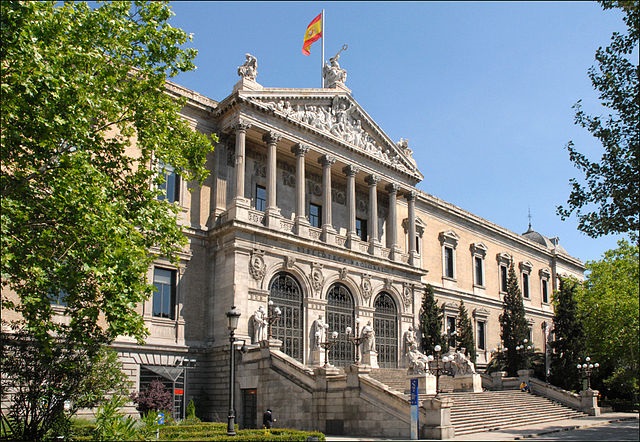 During the Spanish Civil War close to half a million volumes were collected by the Confiscation Committee (Junta de Incautación) and stored in the Biblioteca Nacional to safeguard works of art and books held until then in religious establishments, palaces and private houses.

In the 20th century, numerous modifications were made to the building to adapt its rooms and repositories to its constantly expanding collections, to the growing volume of material received following the modification to the Legal Deposit requirement in 1958, and to the numerous works purchased by the library. Some of the most noteworthy changes were the alterations made in 1955 to triple the capacity of the library’s repositories, and those started in 1986 and completed in 2000, which led to the creation of the new building in Alcalá de Henares and complete remodelling of the building on Paseo de Recoletos, Madrid.

In 1986, when Spain’s main bibliographic institutions – the National Newspaper Library (Hemeroteca Nacional), the Spanish Bibliographic Institute (Instituto Bibliográfico Hispánico) and the Centre for Documentary and Bibliographic Treasures (Centro del Tesoro Documental y Bibliográfico) – were incorporated into the Biblioteca Nacional, the library was established as the State Repository of Spain’s Cultural Memory, making all of Spain’s bibliographic output on any media available to the Spanish Library System and national and international researchers and cultural and educational institutions.

In 1990 the Library was made an Autonomous Entity attached to the Ministry of Culture.

The Madrid premises are shared with the National Archaeological Museum on Paseo de Recoletos, Madrid.

All these should make the Library worth visiting. Free guided tours!

For the free guided visits, see below. 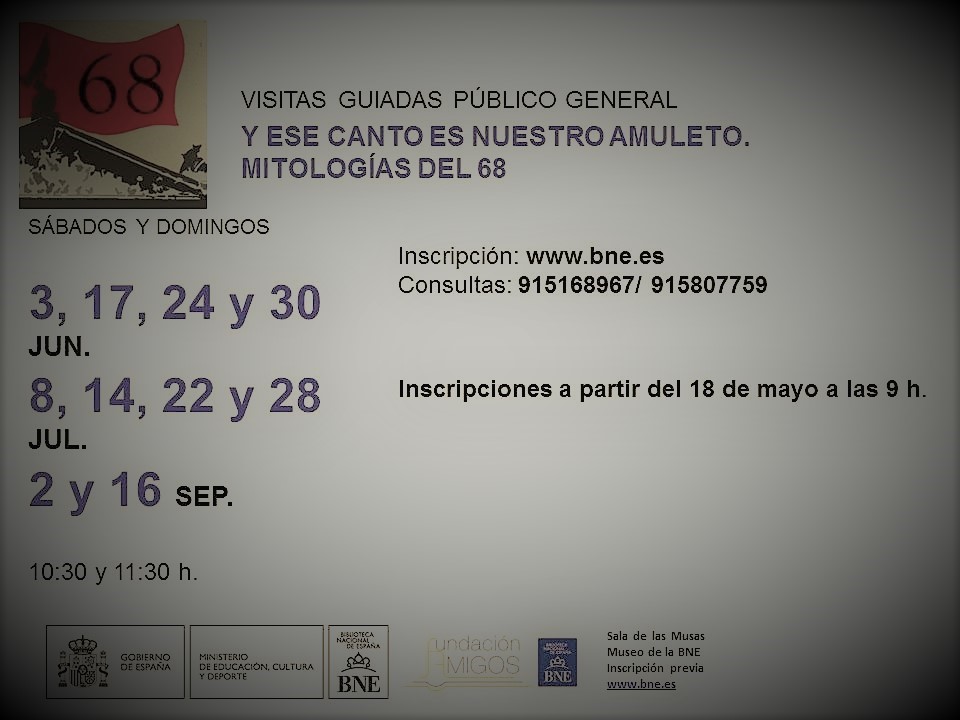 Previous article « A GUIDEPOST REPRINT: “THE MANY FACES OF SPAIN,” 28 March 1986