GOURMET’S CHOICE: FEAST OF MADRID’S PATRON SAINT, MAY 15TH, Where to for Lunch 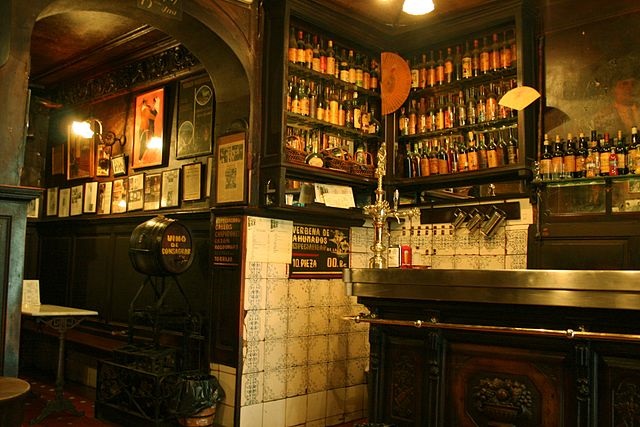 Taberna-Restaurante Antonio Sanchez, the historic tavern and restaurant which
first opened its doors in 1830 (Photo: Tamorlan, CC BY3.0)

ISIDORE THE FARM LABORER, known in Spanish as San Isidro Labrador, was born in Madrid in 1070. He was a Spanish farmworker (labrador in Spanish), known for his piety toward the poor and animals. He is the Patron Saint of Madrid, Andalusia and La Ceiba, Honduras. His feast day is May 15th. 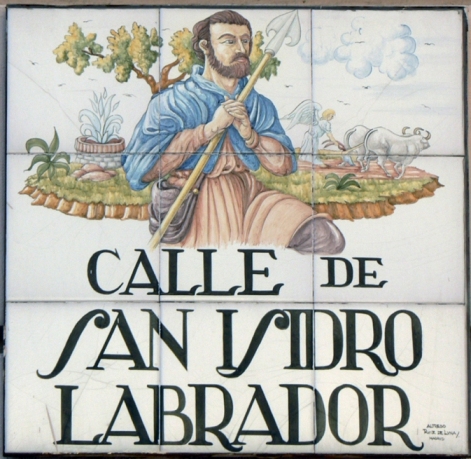 San Isidro depicted on the sign of the street in his name, in Madrid/Basilio via Wikimedia, CC BY-SA 3.0

Isidore spent his life as a hired hand on a farm of affluent Madrilenian landowner  Juan de Vargas  in the city´s vicinity.  He shared all he had, even his meals, with the poor.  Juan de Vargas, made him baliff of his entire estate of Lower Caramanca.

Isidore was married to Maria Torribia, known as Santa de Maria de la Cabeza, because her head was always in the chapel.  Isidore and Maria had one son.

Unfortunately, their son fell into a water well,  and it has been stated, that the water well miraculously rose to the level of the ground, bringing the child with it.  In all their gratitude, they vowed sexual abstinence and lived in separate houses.  Their son passed on early in his youth. 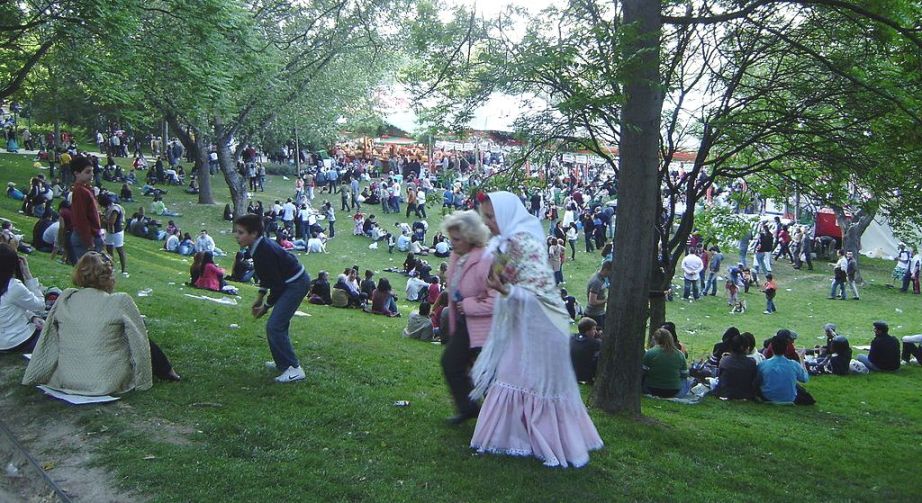 Among the many celebrations of the Fiesta of San Isidro is the one held at the Pradera de San Isidro Park where Madrileños gather for traditional fun and games/Jgomezcarroza, PD

The feast, which honors Saint Isidore, is delcared National  Tourist Interest in Andalusia and Madrid  and is also one of the most quintessential celebrations in Málaga and Madrid.

May in Madrid has been celebrating  the opening of the national Bullfighting Season, and  during this time oxtail is prepared in uncountable bars, taverns, and restaurants, to pay homage to the beloved Saint.

WHERE TO LUNCH ON MAY 15th

This historic tavern and restaurant first opened its doors in 1830 and very little has changed since its inauguration in 1830. Chockful of antique black and white and sepia toned photographs, antiques, nostaglia and memorablia, it is quite an experience and possesses classic authentic Spanish Regional cuisine.
Film Producer and Director, Pedro Almodóvar, filmed La Flor de mi Secreto in Taberna Antonio Sánchez.
Suggestions:   The exceptional Tapas at the Bar and the Oxtail

Located in the historic neighborhood of the Courts (Barrio de Cortes) in downtown Madrid, one shall encounter an amazing dazzling dynamite  historic bar with some of best Tapas, including Oxtail served in the traditional style.

Absolutely, an amazingly exceptional bill of fare awaits.  Here are a few of the specialties of the house:  Oxtail; the Codfish for this special day;  Braised Octopus so tender it melts in your mouth; and the renowned dessert for this holiday,  the Torrijas with almonds which are similar to a French Toast, however, instead of butter, they are sautéed in Evoo and red wine.

Located in a neghborhood similar to  Greenwich Village, Manhattan, this historic tavern is a gem for the Feast of Saint Isidore.
Suggestions:  The freshly prepared Tapas for the holiday and Oxtail

Located in the upscale neighborhood of Retiro Park, in Barrio Salamanca, this jewel of an open air terrace is a “must reserve a table”.  One shall experience Retiro Park across the boulevard, Calle Alcalá, the extraordinary bronze statue of the former Military General and Ex president of La Rioja, Baldamero Espartero and the Plaza de Independencia, Arc de Independence from Napoleon.

The indoor dining salon is absolutely exquisite, dating back to its inauguration in 1920, during the Belle Epoque Era.
Suggestions:   The Oxtail, the Steak Tartar, the Monkfish or catch of the day,  are just a few of the specialties of the house.

Located across the Street from Ventas Bull Ring, the entire exterior facade and interiors are created from hand painted tiles.  Simply breathtakingly beautiful.  The stunning oxtail here can be served at the bar or in one of the dining salons.
The Tapas are absolutely exceptional and highly recommended.

A historic tavern with rustic interiors, the house was built in the year 1930. The specialties of the house are: the Oxtail; the Cazuela which is a clam & mushroom stew: and the Paella Valenciana.
Barside is a good way to go here.  The locals are very social.

NEAR THE VENTAS, MADRID BULLRING 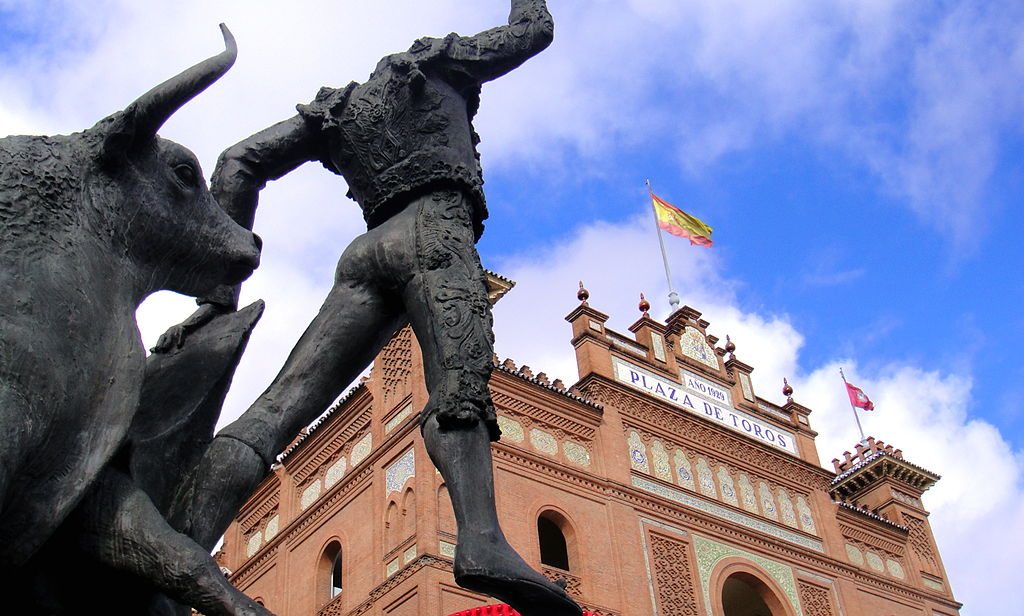 Other jewels for the most incredible Oxtail located within a few minutes by foot are:

Tendido 7 –  12 Euros for a full portion of Oxtail including bread and wine.

About Margaux
Born in Greenwich Village, Manhattan. Raised in Montreal, Canada. Relocated to Manhattan to attend New York University (1972 – 1978). There she lived with her Venetian paternal grandmother, a restaurateur and chef. This explains her profound adoration for fine epicurism.
Veteran Senior Correspondent & Publishing Journalist since 1978. Editor for Conde Nast Publications, Manhattan, 1978-1992. Gastronomic journalist project on the Aegean Islands in Greece.
Moved to her beloved Italy (1995 – 1998). Never returned to Manhattan to live.
Current: Writes for GUIDEPOST since 1999. Focus: Michelin and topnotch Food & Dessert Designers, Where to Dine in Madrid, her globe trotting adventures. 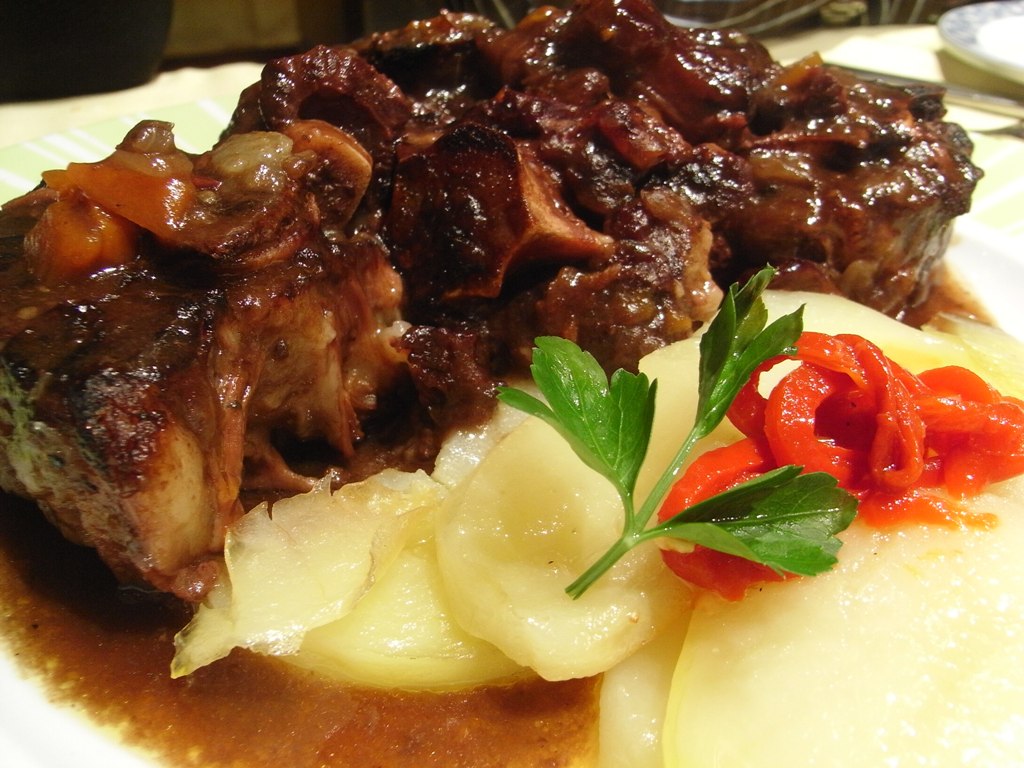