FROM BASQUIAT TO BOQUERONES

There’s an excellent exhibit of graffiti artist-turned mainstream painter, Jean Michel Basquiat, on view in downtown Manhattan until September fifth. Basquiat’s family put together an immersive show, featuring many works and memorabilia never before seen. His two sisters pre-recorded heart-warming insights of the young artist growing up in Brooklyn with their Haitian father and Puerto Rican mother. Considering that the artist died at 28 in 1988 of an overdose, their insights were also sobering.

The show was nicely laid out in a darkened factory-like space in a classic Chelsea building with white walls showing off the artist’s use of primary colors with black. Basquiat dealt with his themes of racism, oppression and exploitation in a free, energetic way.  The recreation of his workspace was the envy of artists who work in closet-sized rooms.  Large canvasses, planks of wood, spray paint, oil crayons and oversized paint cans were strewn about and you took it all into a soundtrack of Basquiat’s favorite music, from Coltrane to Queen, from Charlie Parker to Pink Floyd. The family, from the young to the old, was enthralled. 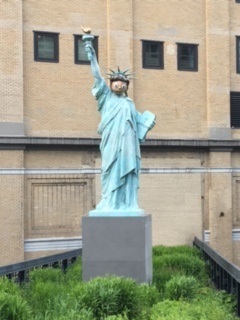 It would have been a hard transition from this intense show to our ultimate destination, the eatery, Little Spain, (thought-provoking art makes us hungry), but luckily the High Line was nearby for a pre-prandial stroll to clear the head. Although Paris claims to be the first with this idea with its “Promenade Plantee,” New York followed suit with its own elevated park in 2009. Now eight million visitors walk the former spur of the New York Central each year and I think half were there that day. The foliage was especially lush, I guess, but it was hard to see past big people in baseball caps taking selfies, water bottles stuck in and around their backpacks like parasitic plants growing on the trees I couldn’t see. However, the slow pace made it easy for me to indulge in a favorite pastime, peeking into people’s windows. It was hard to believe they live so close to the route. I guess the French like to do this, too. They have plenty of fen tres next to their Promenade. I was able to catch a glimpse of a new sculpture by Paola Pivi of the Statue of Liberty with a silly mask on.  A glance in the opposite direction, and you can see the real thing. So much better. 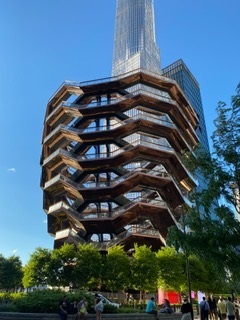 Our walk ended by The Vessel, the latticed, tiered 16-storied monument designed by Thomas Heatherwick. Unfortunately, it has been closed for almost a year due to four suicides. With all this end-of-life news, It definitely was time for a Rioja. 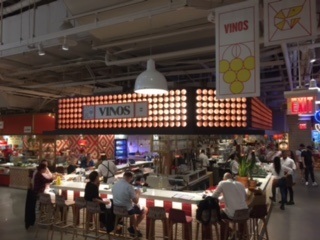 “We chose the ‘Spanish Diner’ for more family-style eating”

The Little Spain restaurant/food court has a magnificent selection of Spanish food, minus the corner bar vibe of waiters shouting “dos para leche” and minus the smells of fried calamari wafting in from the kitchen. Neither did creator José Andres come out to welcome me with “Mucho tiempo sin verte, hija”. Well, you can’t have everything. We chose the “Spanish Diner” for more family-style eating and soon the table overflowed with tortilla, boquerones, patatas bravas, croquetas, morcilla and chorizo. The “fruit” option came in the form of vino tinto, although the bar de la esquina would be ashamed to use such a thimble-sized glass. It’s Little Spain and the music was Mexican. To get even?/Phil Guest, CC BY-SA2.0 via Flickr

Little Spain prides itself on being purely Spanish although the Latin-American waiter did not know what a “pincho” was and they played Mexican music. I thought of all our Mexican-themed westerns where the soundtrack always featured Flamenco. I guess they’re getting even.  Small complaints.  We enjoyed every morsel,  raised our “thimbles” and toasted Basquiat! 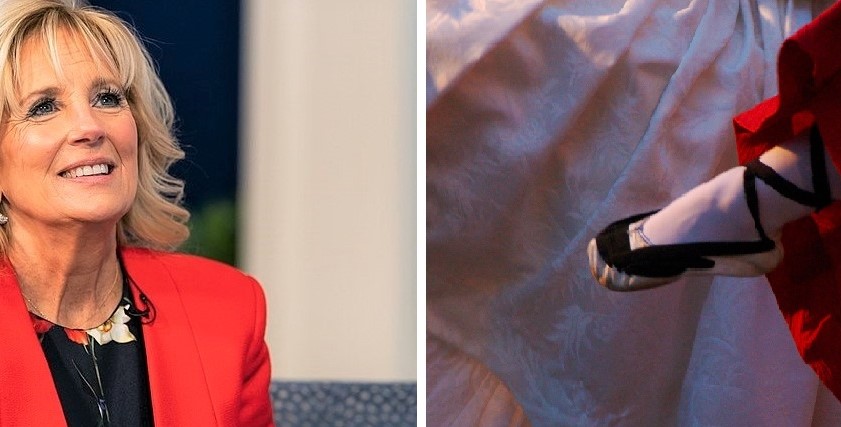 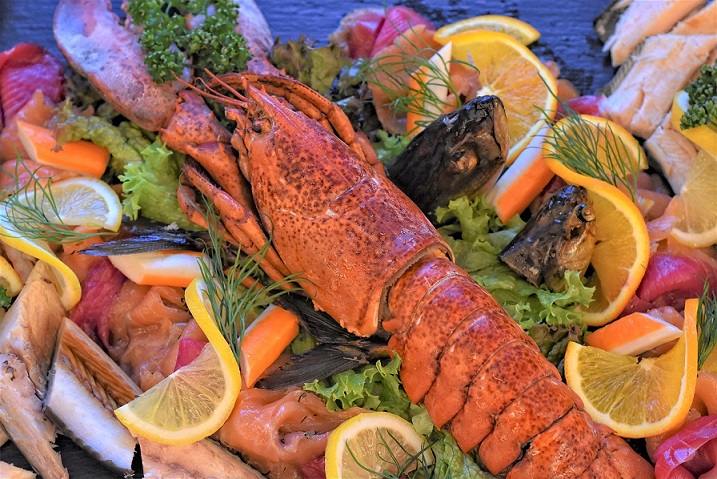 Next article FOR A MERRIER WORLD! »