Flamenco Between Spain and New York: A Talk with Bailaora Sonia Olla and Cantaor Ismael Fernández 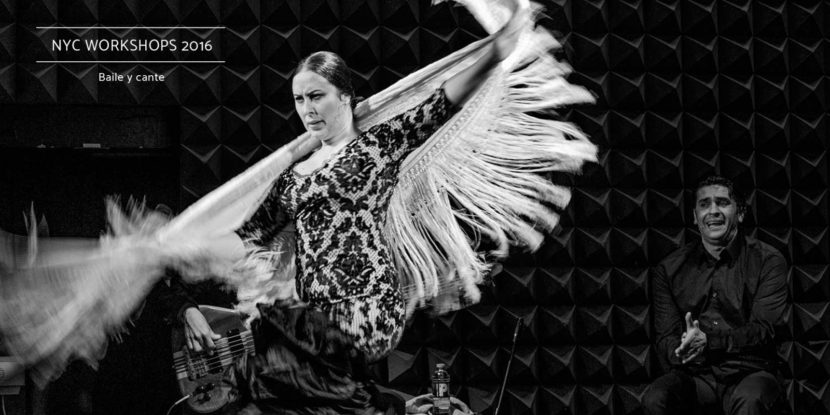 OLLA: After leaving our country and sacrificing everything, our purpose is to give people
everything that we have to fans of flamenco, both in dance as well as song. We
got an artist’s visa, and here we are, between Spain and New York.

Whenever husband-and-wife flamenco performers, bailaora Sonia Olla and cantaor Ismael Fernández, passed through New York on tour, they wanted to stay longer to leisurely enjoy the city they had come to love. After a particularly demanding production in Spain, they decided to come for two months to chill. After more than two years, they are still here.

At a recent sit-down at a Dunkin’ Donuts in Manhattan, across the street from Flamenco Vivo Carlotta Santana Studios on West 43rd Street, where Olla teaches traditional baile and Fernández teaches cante, we had a lively discussion in Spanish about their beginnings, professional lives, views on flamenco and what they hope to accomplish in their adopted city. “After leaving our country and sacrificing everything, our purpose is to give people everything that we have to fans of flamenco, both in dance as well as song,” Olla explained. “We got an artist’s visa, and here we are, between Spain and New York.”

That purpose includes not only teaching but also performing and doing projects with artists who have other styles of music and dance. Since they moved to the city (they live in Astoria, Queens), they have collaborated on Tiempo Al Aire, a blend of traditional flamenco with elements of jazz and percussion, which sold out Joe’s Pub in 2014; presented “Al Son Son – Flamenco,” authentic Andalucían music and dance at the Tribeca Performing Arts Center in May 2015; performed at Instituto Cervantes of Chicago Flamenco Festival with Tablao Sevilla this past February; and made appearances at the Kennedy Center in Washington, D.C. and the Roger Smith Hotel in NYC, to name a few. I saw Olla and Fernández, accompanied by guitarist Ángel Luis González, in Tablao Sevilla, the closing event for World Music Institute’s Festival Ay! Más Flamenco at La Nacional, the Spanish Benevolent Society, on West 14th Street in March. They were magnificent beyond words.

Olla was also tapped to choreograph the Spanish dance section for Madonna’s 2015/16 “Rebel Heart Tour.” Fernández can be heard singing on “La Isla Bonita.” “We didn’t think that she would want something so traditional, which is what we do,” said Olla. “But I went on an audition and began work in April 2015. I had always been a fan and loved her. It’s one of the best things that happened to us.”

Their Spanish resumes read like a Who’s Who of legendary flamenco performers. Olla with Antonio Canales, Eva la Yerbabuena, Rafaela Carrasco, La Farruca, Alejandro Granados, as well as dancing with the Nuevo Ballet Español and at many prestigious tablaos. Fernández with Canales, Marina Heredia, La Farruca, Granados, Farruquito, Juan Ramírez, El Vareta, El Bobote, Aurora Vargas, not to mention his own preeminent family, La Familia Fernández, and stints at the famous cuevas of Granada and innumerable tablaos. In 2004, he won the National Contest of Córdoba, singing bulerías for famed dancer Soraya Clavijo and was a finalist in the Festival De Cante De Las Minas De La Unión in Murcia. He also regularly participates with his family in the Bienal de Flamenco Sevilla, a month-long event which takes place every other even-numbered year.

“Our world is very small,” noted Olla, so it was no surprise that their professional lives often coincided. They both toured with María Pagés for a number of years and began a relationship. They have been married for nine years and have homes in both Seville, where Fernández was living, and Madrid, where Olla was living and teaching many classes at Amor de Dios, the famous flamenco school on calle de Santa Isabel. “Now we live between those two cities because of work,” she said.

Both Fernández and Olla carry gypsy roots in their DNA, Fernández more directly. His grandparents were gypsies “de la cava,” he said, that is, from the street known as La Cava de los Gitanos in the renowned gypsy neighborhood of Triana in Seville. (The gypsies were displaced in the 1970s by redevelopment and the street renamed Pagés del Corro.) His grandfather was a cantaor but also worked in a pharmacy, and his mother didn’t marry a gypsy. “I was raised in a different way, with good aspects from both worlds.”

Fernández has been singing since he was a child. He used to go to flamenco festivals with La Familia Fernández. “I’m gypsy and flamenco on the stage, ” he said.

Only Olla’s maternal grandfather was a gypsy, “so I don’t consider myself gypsy,” she confessed. Her family on all sides was from Granada, in Andalucía, but like many from the south, they moved to Catalonia in the north, where her father found work as a construction worker. He was also a great fan of flamenco, so she used to listen with him to recordings of the old-time singers when she was a kid. “One day, I heard flamenco in some place in my neighborhood, and I went inside. From that moment, I knew I wanted to dance and told my mother. Since then, I haven’t taken off the shoes,” she joked.

What Olla and Fernández wish to impart on the stage and to their growing number of students is roots flamenco. To Fernández, it is the image of Antonio Gades, the pioneer flamenco dancer. “His style was pure,” he said. For Olla, flamenco is where there is no choreography, a style that was done before, with the old lyrics, the powerful and less powerful palos (traditional musical forms). “What Gades and El Farruco did formerly,” she explained. “We don’t do stylized flamenco or Spanish classical dance.”

I noted that even the acclaimed guitarist Paco de Lucía added the cajón (beat box) and the iconic gypsy singer Camarón de la Isla experimented with electric bass and other sounds and created what is known as Nuevo Flamenco. Fernández said, “Flamenco was born in the streets and in the homes and passed down from generation to generation. We try to be loyal to the oldest recordings before fusion. While Camarón is considered not so traditional, his singing, his art and his voice come from roots. That’s why he’s pure tradition.”

Olla added, “Camarón was a master and a reference point for all cantaores.”

Flamenco is also traditionally improvised, which comprised most of Olla’s riveting performance at La Nacional, with set palos. “With improvisation, you always take a risk,” admitted Olla. “You can give the maximum to an audience, but you can do something wrong. The audience may not perceive it as a mistake, but you don’t feel you gave it your all.”

The rhythm that takes her to the greatest depths is solea, a type of cante jondo (deep song). “It reflects more of who I am,” she said. “I think I’m a strong woman, a fighter. I suffer for the difficulties of life, and la solea has this drama also. I lose myself in it. It’s an interior sensation that helps me a lot on the stage, and I’m capable of giving over everything.”

Olla’s style is to work from within, with her expressive body: “I consider myself a dancer redondita [emphasis on arms, hands and torso to sculpt movements] more than the feet perhaps, although I try to give my all. Others are more bestia with the feet. I like to complement them, be feminine. When I see people using less footwork but dance beautifully above, it gives me chills.”

After the interview, I observed Olla’s intermediate-advanced dance class, which consisted of about 20 students of all ages, shapes and ethnicities. Their teaching style is unique because they work as a team to approach flamenco from the music in order to convey a total understanding of the art form and culture. Even as a teacher, Olla is a force of nature as she demonstrated the correct body and arms positions to accompany the intricate footwork. “It’s always my style and concept of dance,” she told her students.

Sitting on the sidelines, Fernández was paying close attention, occasionally clapping and counting out the rhythm. He even called over a student to correct her footwork. After the students executed the complex choreography a number of times, Fernández sang a bambera, a traditional song form, to accompany them. It was the whole package.

Olla said it is their goal for their students to understand real flamenco, “from the point of view of the cante that they listen to, to understand the differences among palos and to integrate as much as possible into our culture. It’s not only to learn the steps but also to understand how to combine the steps with the lyrics.”

“It’s the first time they are living flamenco so close,” Fernández said. “They even want us to organize a trip to Spain. They need to know about the flamenco artists that are there. That exchange is good for the artists and the students.” 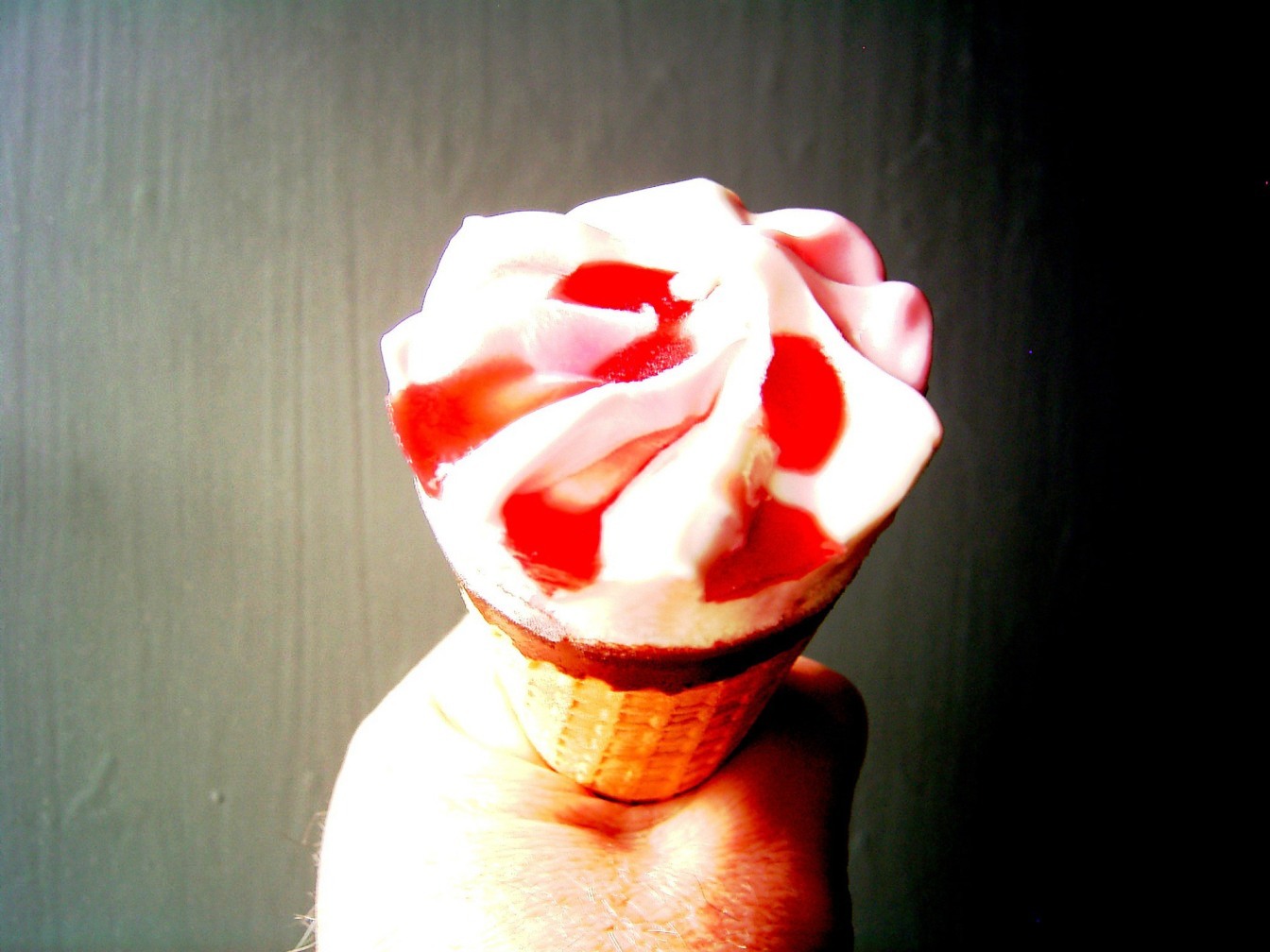