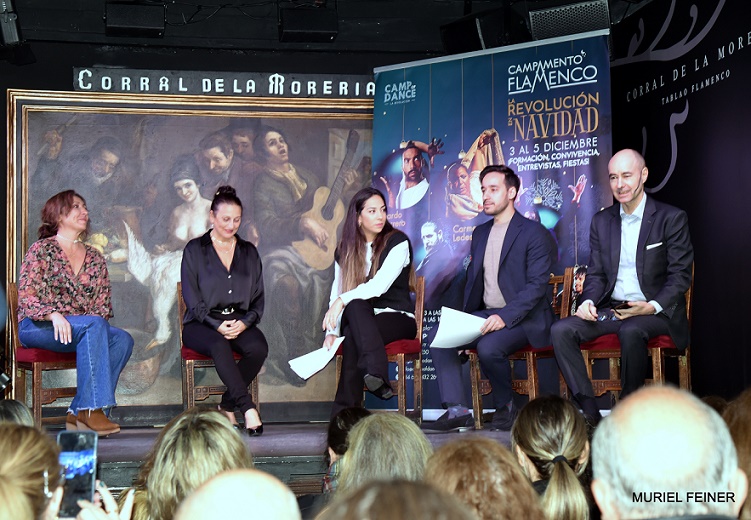 Campamento Flamenco, a unique project to  ensure the future of  flamenco, an
extraordinary art and UNESCO’s Intangible Heritage of Humanity

Flamenco and Jamón Serrano were combined in an unbeatable setting, the famous stage of the Corral de la Morería in Madrid for the presentation of a new edition of “Campamento Flamenco” or Dance Camp, a unique project created by Cristián Pérez and María Farelo to promote flamenco.

Dancer Cristián Pérez explained the motivating force behind the Camp and expressed their delight with its success up until now. “Flamenco was recognized as an Intangible Heritage of Humanity in 2010 and we must devote time and effort to finding and training young and promising performers to assure the future of this extraordinary art.” 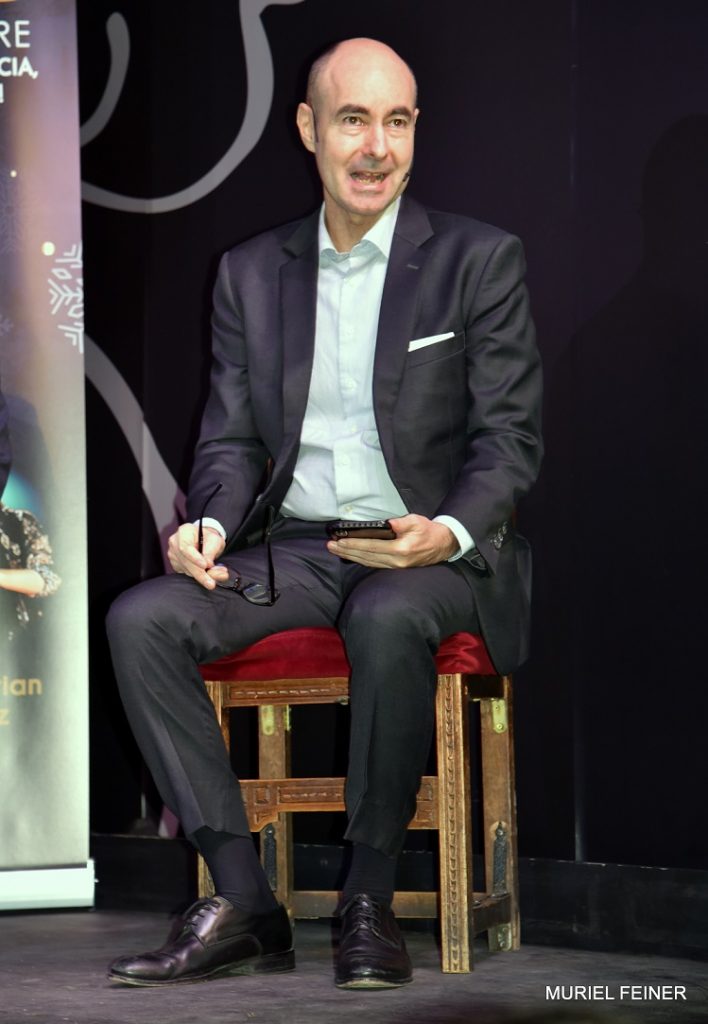 Juan Manuel del Rey: the essence and passion behind the campamento

As the owner of the Tablao and madrina (sponsor) of the Camp, the incomparable dancer, Blanca del Rey, could not be present at the event, her son Juan Manuel del Rey did the honors of welcoming the attendees and did an excellent job of transmitting the essence and passion behind this project.

The “Flamenco Camp” is a 24-hour flamenco experience, with 30 hours of dance training, workshops and talks, along with other relaxing activities, such as swimming, canoeing, horseback riding, cycling, archery, rappelling … 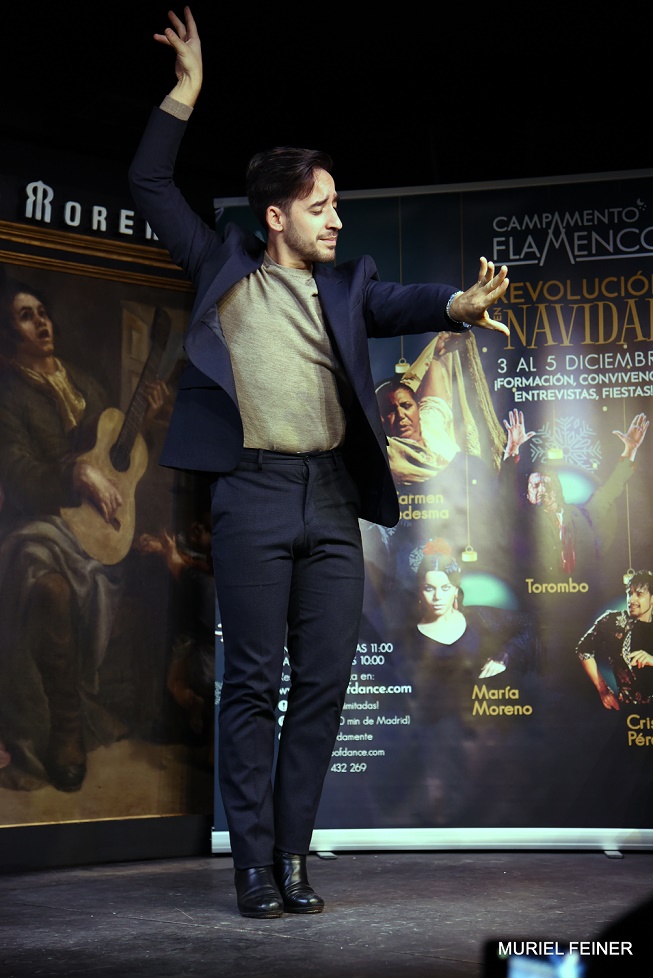 Cristián Pérez: “15% of our students have already found jobs in the flamenco world”

The Flamenco Camp is located on the Finca Atajacadenas in the town of Escalona del Alberche (Toledo) and approximately 100 students come from all over Spain and even abroad to spend a few days totally immersed in a flamenco ambiance, under the guidance of such master artists as Farruquito, Karime Amaya, Antonio Canales, Eva Yerbabuena, El Yiyo… According to Cristián Pérez: “Living with your artistic references eliminates the step that separates the star from the public. And about 15% of our students have already found jobs in the flamenco world.” 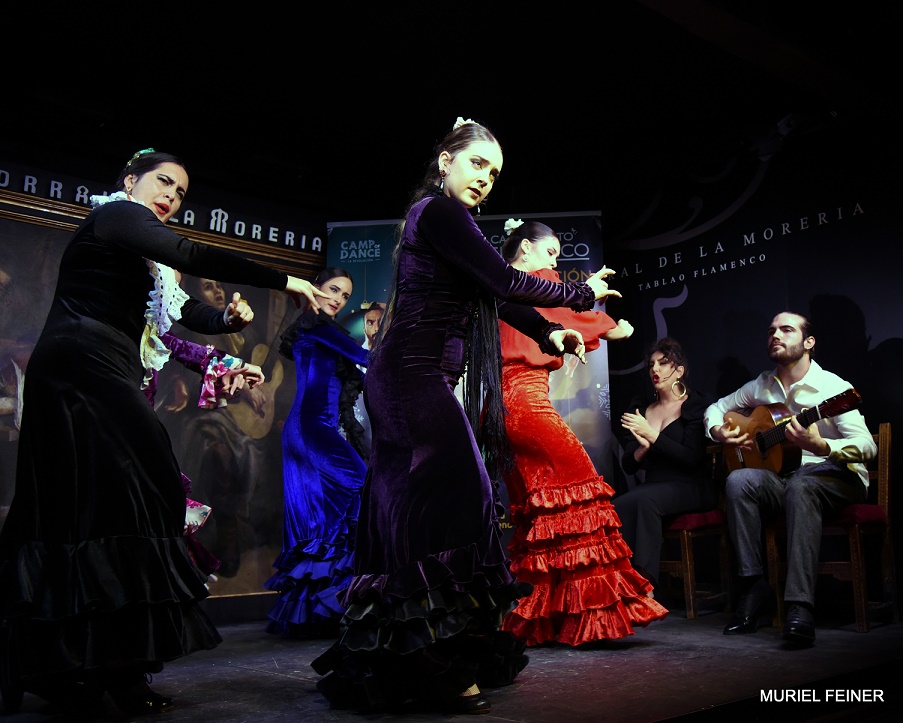 “A magnificent and simpático display of the flamenco”

After explaining the purpose and past success of their Campamento, the troupe delighted all those present with a magnificent, profound, heartfelt and simpático display of their art: song, dance and guitar. A sampling of tangos and alegrías was performed with Paz de Manuel singing, Cristián Pérez dancing and Antonio González on the guitar. Cristián is an amazing dancer and he was joined on the stage by some of the past alumni who are already working as soloists in tablaos and in dance companies. 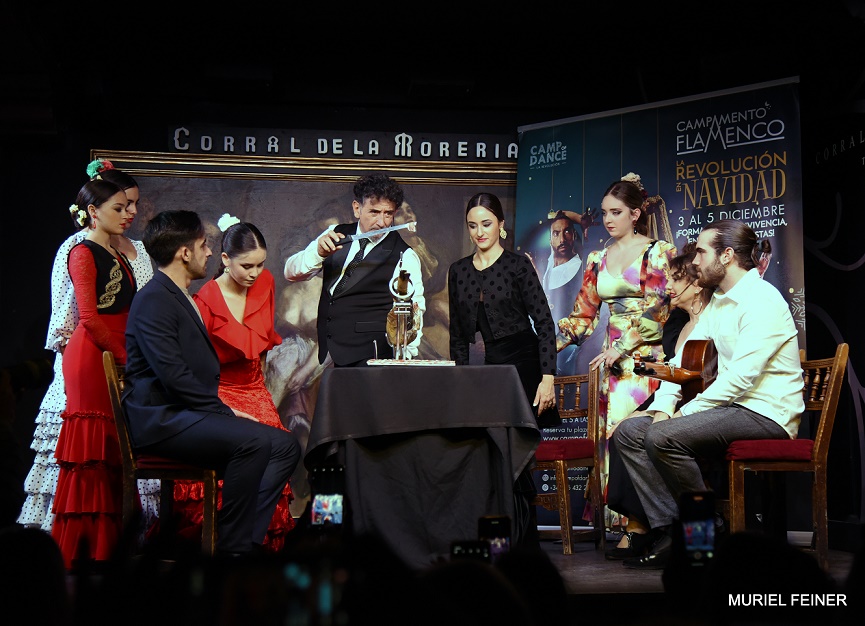 Flamenco and Jamón Serrano come together: Florencio Sanchidrián, center, considered the world’s best ham cutter, wows great flamenco artists and their pupils with the delicate art of his carving

At the end of the show, those attending were treated to a wonderful aperitive of wine and jamon serrano, prepared by the world-famous ham cutter Florencio Sanchidrián, the recognized “Embajador Mundial del Jamón Ibérico”. (His amazing career really deserves separate attention.)

Considered to be the “Best in the World”, he is clearly an artist in his own right and has been invited to carve the ham on several occasions in the White House. Florencio sliced a delicious ibérico bellota on the stage in tune with the bulerías of the guitar and dance. He said: “I am honored to cut this ham at the presentation of the Flamenco Camp. Christmas, ham and flamenco go hand in hand.” 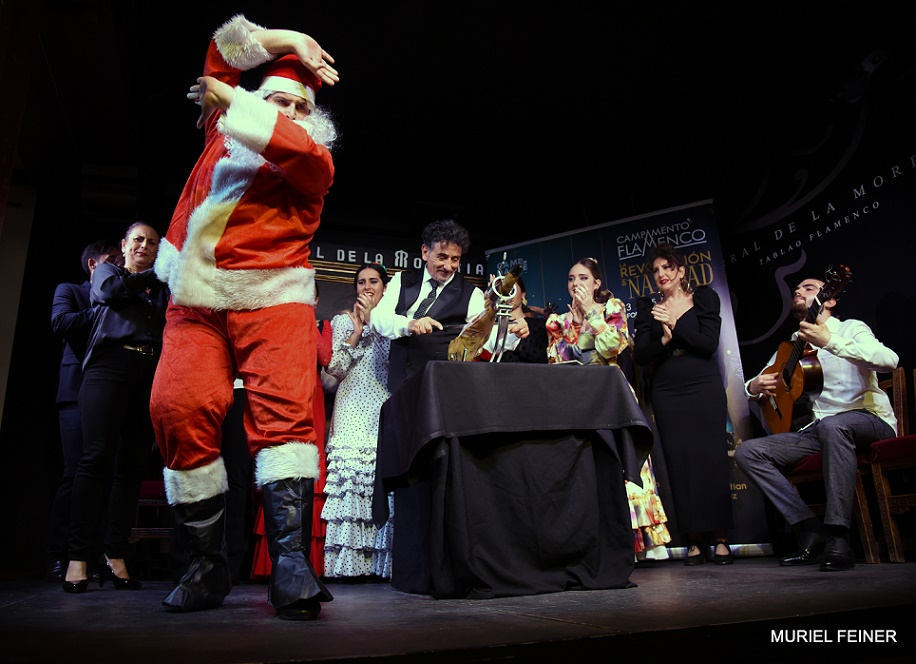 Santa Claus did his own thing but flamenco-style

After a glass or two of Cuna de Ysabel Verdejo or Rioja Glorioso 2018 Tempranillo wines, an exceptionally agile Santa Claus climbed onto the stage to welcome the Holiday Season flamenco-style. 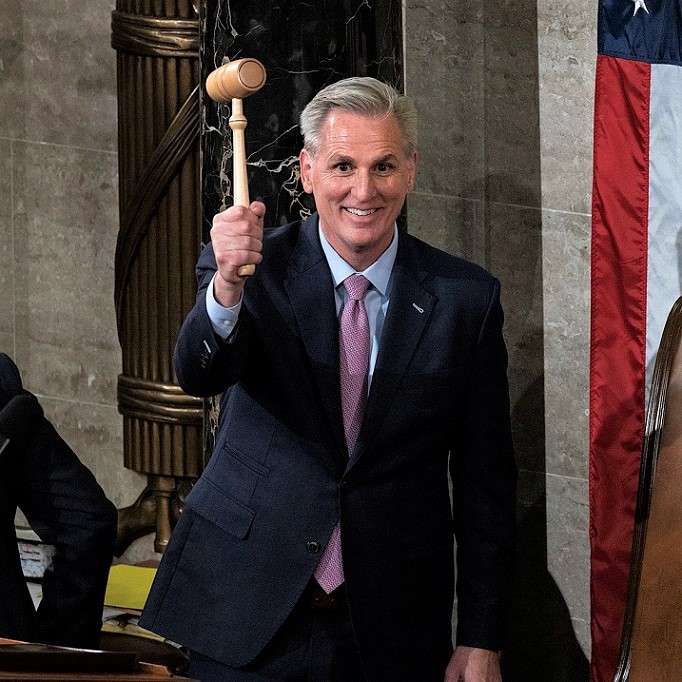 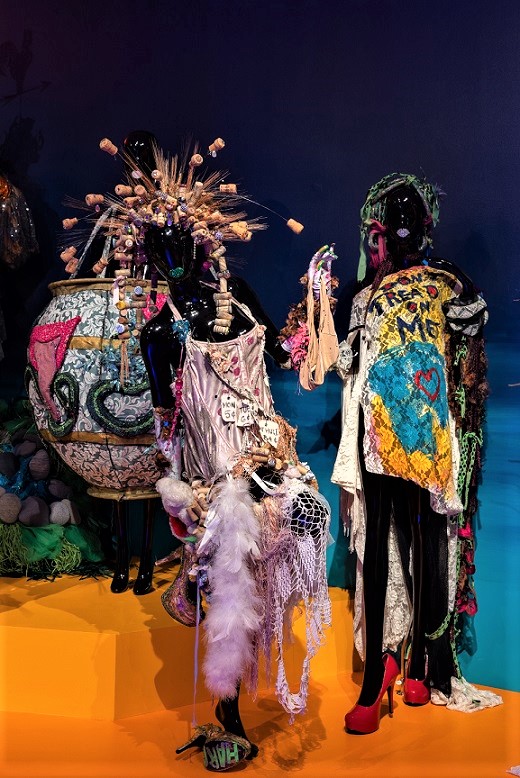 Next article FROM FLAMBOYANT TO FLAMBÉ: A Trip to the MAD Museum, Beyond and Below »