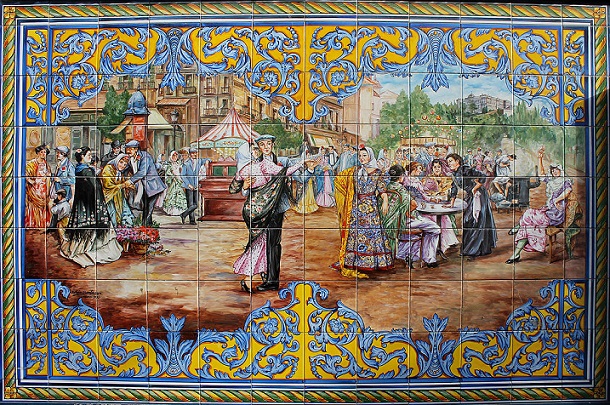 August in Madrid is a far cry from the sleepy, uneventful time of year that one might imagine a landlocked city. Although most of its population has fled to the coast to escape the uncomfortable heat, a series of summer festivals ensure that those who remain are not disappointed. Feast days to celebrate the barrios’ patron saints take place, accompanied by vibrant street parties that are free to attend and open to the public. 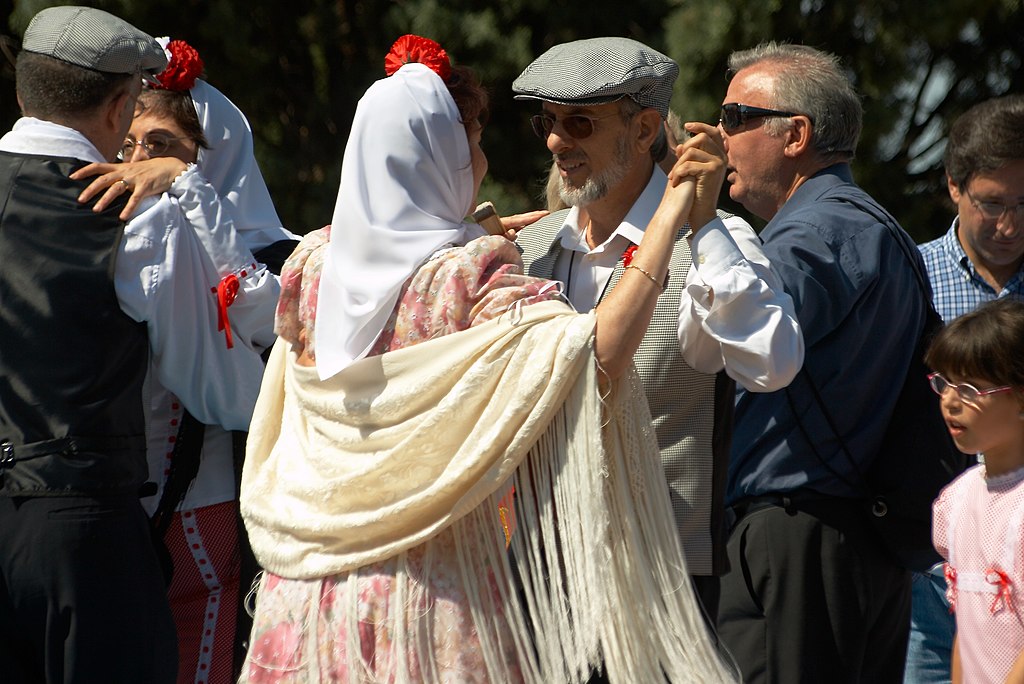 Dancing the traditional chotis on the street

La Fiesta de la Paloma is the final and most popular of Madrid’s trio of traditional fiestas (following San Cayetano and San Lorenzo) celebrated during the month. The 15th of August is the culmination of the weeklong celebrations in the streets of barrio La Latina to honour its patron saint, the Virgin of La Paloma.

The Fiesta de La Paloma has its origins in the 1790s when Isabel Tintero, a pious Madrileña, hung over the front door of her house on Paloma Street the painting of the Virgin Mary that she snatched from the boys who were playing with it. Miraculous healings were quickly attributed to the image, and eventually a church was built in the place with the help of the Spanish royal family, María Luisa de Parma, Queen Consort and wife of King Charles IV, being one of the Virgin’s most fervent devotees.

During the traditional fiesta, the fire brigade who also consider the Virgin of La Paloma their own patron saint, set off from this church carrying the painting. This silent religious procession provides a significant contrast to the festivities going on around it, reminding revellers of the history of the event.

La Latina is the old centre of Madrid, full of authentic character and charm. Its narrow, medieval streets contain a high concentration of quality tapas restaurants that are generally cheaper than elsewhere in the city. During the festivities, the streets are decorated with streamers and flowers, and stalls sell typical Spanish treats. Locals can be seen dressed in traditional clothes and performing folk dances (‘chotis’). Bars set up makeshift counters outside, serving ‘minis’ (litre-sized cups) of sangria and beer. Speakers blare out Spanish music, to which people salsa as they mingle between bars.

As the sun begins to set, the party livens up and swelling crowds fill the plaza. Thousands of locals and tourists of all ages and backgrounds unite to celebrate until the small hours.

As a newcomer to Madrid, La Fiesta de la Paloma was the best possible introduction to the spirit and traditional culture of the city. The alegria de vivir of Madrileños was encompassed by the event and was contagious to visitors who were gladly welcomed by the locals to join in the verbena. The atmosphere was incredibly relaxed and friendly, free of any hostility that is often expected at large open-air revelries.

Such an explosion of utter enjoyment provided an effective distraction from the sticky August weather and satisfied everyone that Madrid was the right place to be.

Next article COUPLES IN THE EU, KNOW THE RULES! »