EUGENIA MARTINEZ DE IRUJO, A WORKING DUCHESS AND THEN SOME 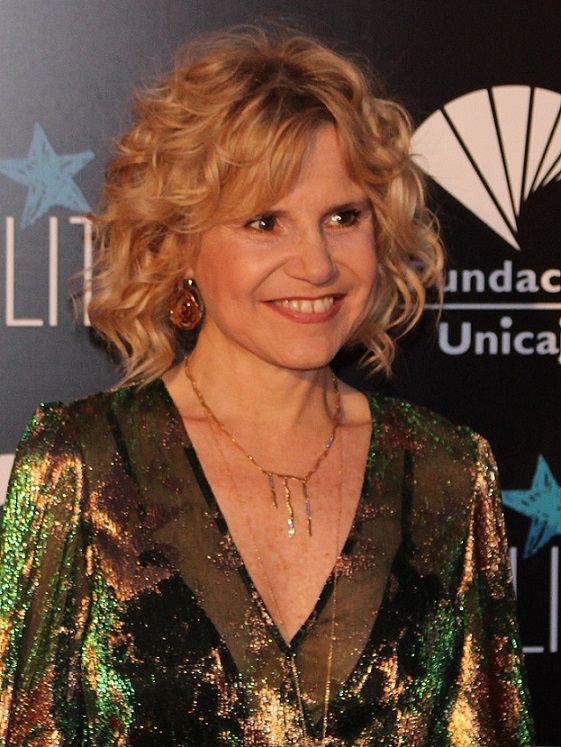 The Duchess of Montoro

Work seems to define the young and not-so-young aristocrats in this day and age. It looks like the idle aristocrat has gone out of style! Apparently, the aristocracy’s mantra is that no man (or woman) can live on land alone.

Take Eugenia Martinez de Irujo y Fitz-James Stuart, 12th Duchess of Montoro, for instance. She was the only daughter of the late Doña Cayetana (María del Rosario Cayetana Fitz-James Stuart y Silva), the very popular 18th Duchess of Alba who owned palaces and landed estates galore. But if Eugenia is in the news these days it’s because of “La XIII”, her Spring-Summer Jewelry Collection for Tous, a sprawling Spanish jewelry and fashion firm. 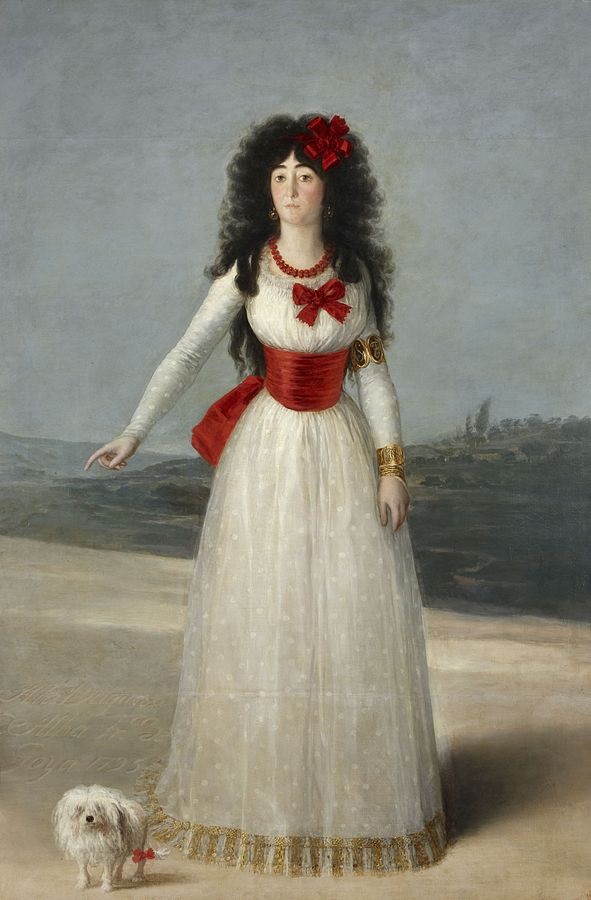 Portrait of the thirteenth Duchess of Alba, inspiration for the “La XIII” collection

Said painting hangs in the Albas’ official residence in Madrid, the Liria Palace.

“I always draw inspiration from a certain message or a sentiment, from something or someone important to me,” says the Duchess of Montoro at the presentation of “La XIII” th in the Tous store on Serrano Street, Madrid. 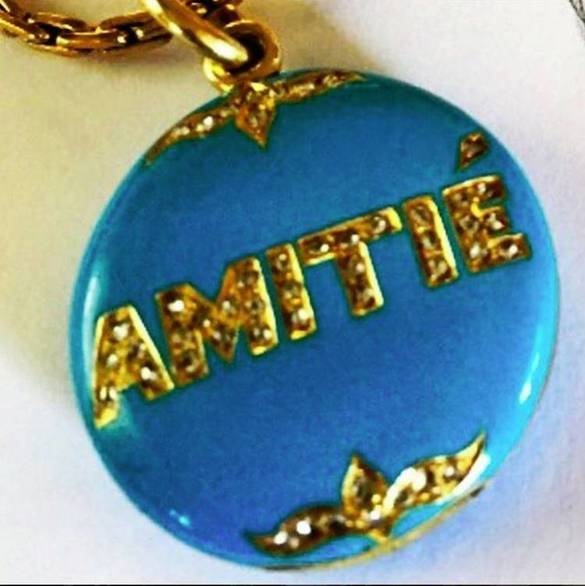 Thus, in 2017 Eugenia’s “Tanuca Collection” was inspired by her mother’s favorite jewelry, a medallion that once belonged to Empress Eugenia de Montijo, wife of Napoleon III of France and the younger sister of Paca de Alba (1825-1860), Duchess consort of Alba de Tormes. From the Empress the  jewelry was passed on to Queen Victoria Eugenia, wife of King Alfonso XIII of Spain, who then gave it to Doña Cayetana.

With that collection, Eugenia wanted to pay homage to her mother who passed away in 2014 and one of whose pet names was Tanuca.

Speaking of her relationship with Tous, the Duchess of Montoro admits laughingly: “It’s the longest relationship I’ve ever had in my life.” She’s been with Tous for 21 years now, first as Public Relations and later as jewelry designer. She says, “I’m very grateful [to Tous] and I shout it from the rooftops. The Tous family gave me a chance and I will never forget.” 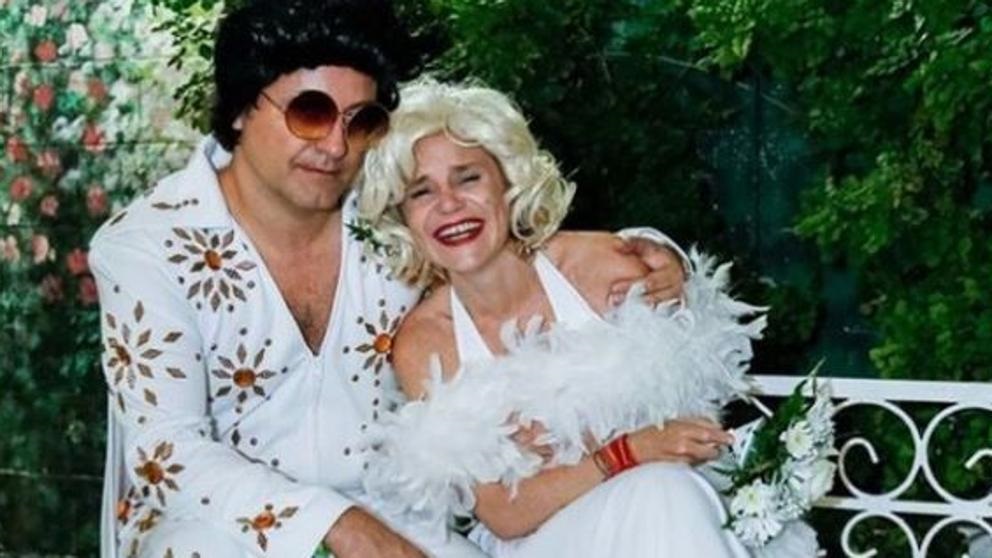 The bride and groom dressed as Marilyn Monroe and Elvis in Vegas!

Where the public is concerned, Eugenia, now 50, will always be the willful apple of her mother’s eye. She was married to, and later divorced from, famous bullfighter Francisco Rivera with whom she had her only child, Tana. In 2017 she and Narcis Rebollo, President of Universal Music Spain-Portugal, were married in A Little White Wedding Chapel, Las Vegas. Very much in love, the Duchess of Montoro swears her new husband (well, not that new) is “a marvelous man.” 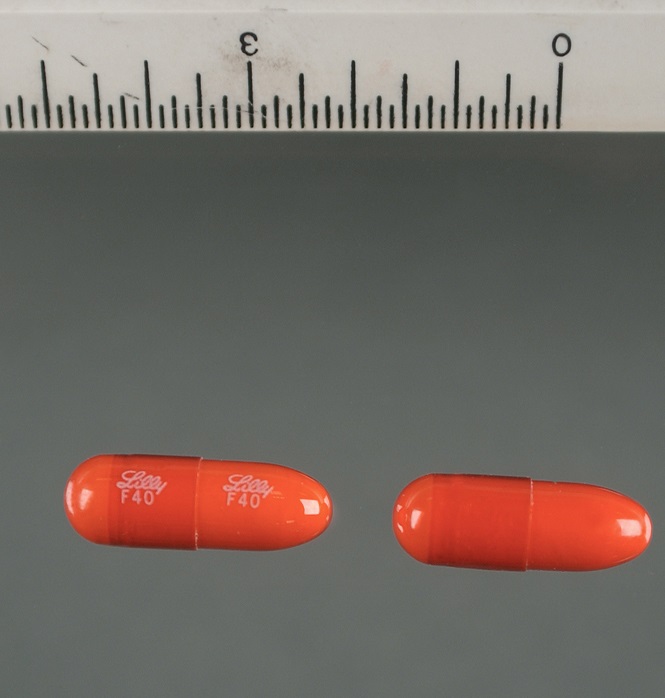 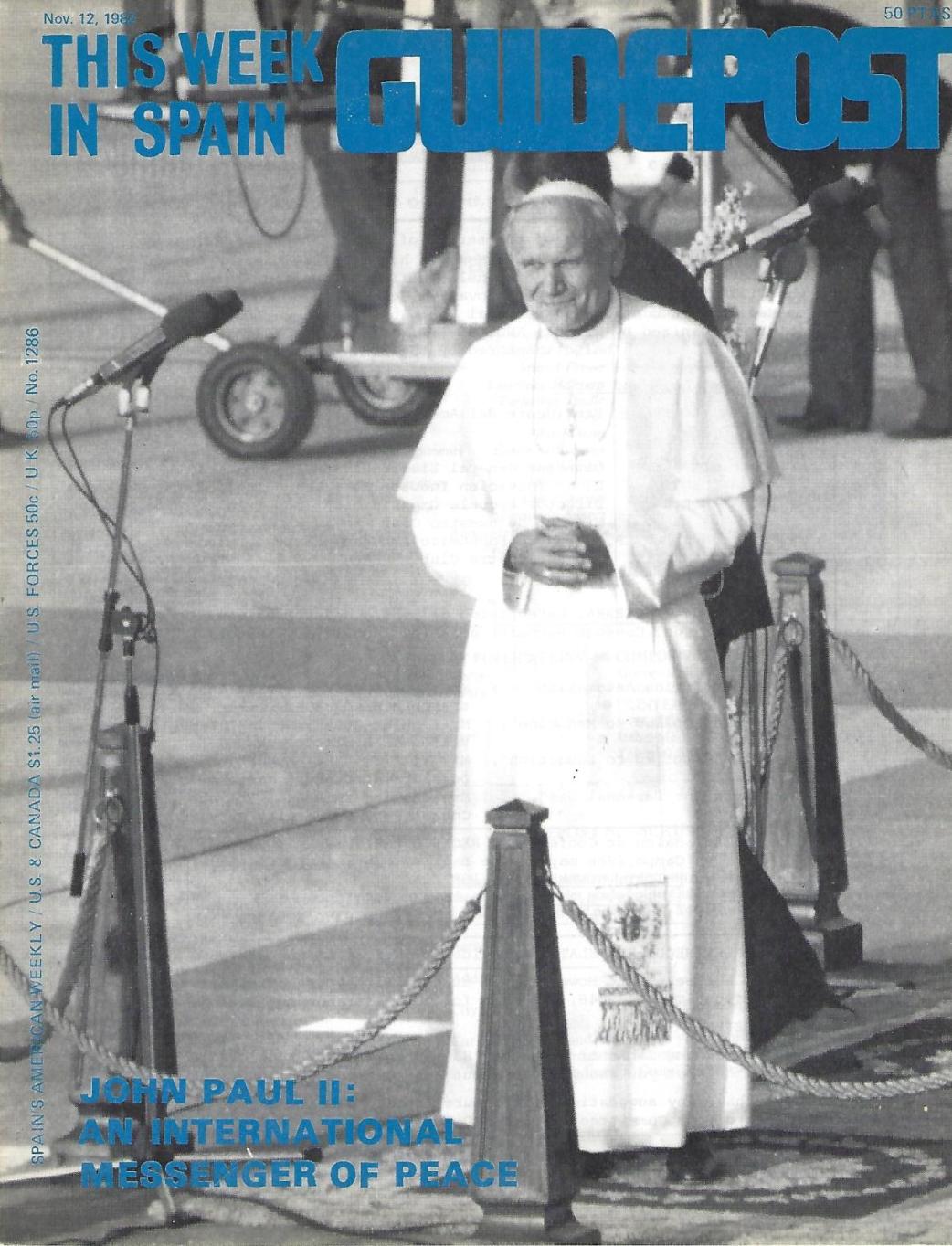